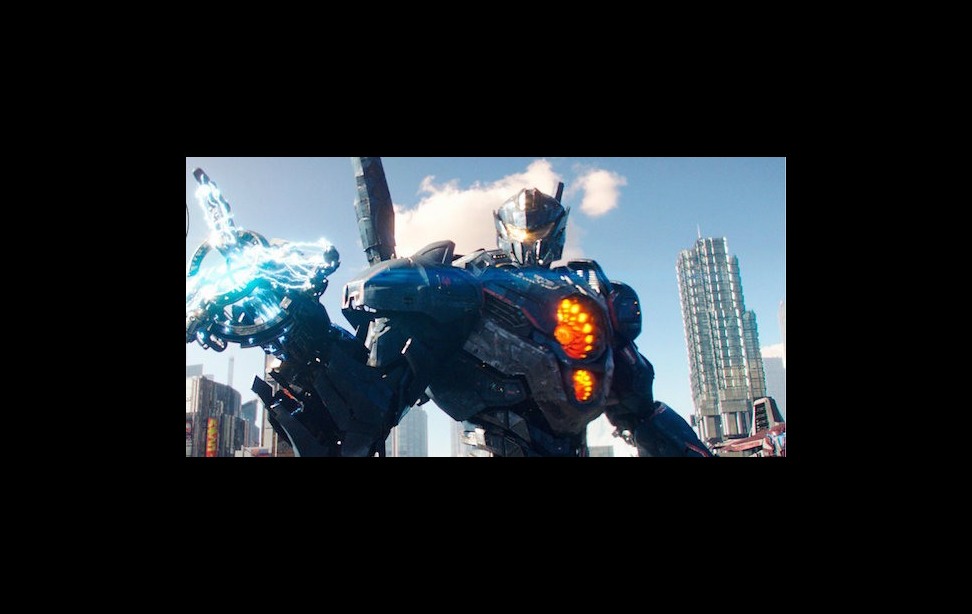 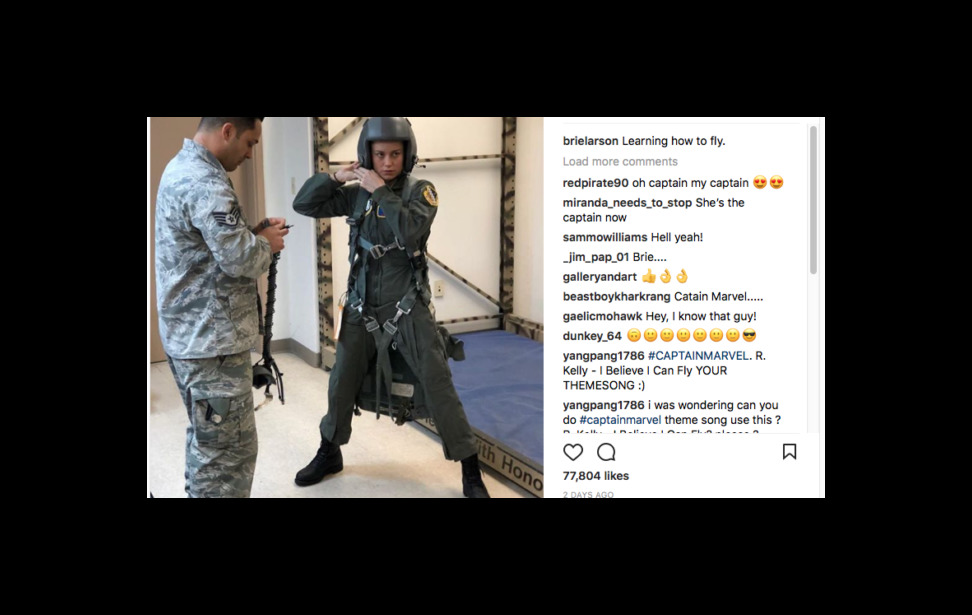 UPDATE: According to MCU News and Tweets on Twitter, we now have an on set spy photo of Actress Bree Larson suited up as Captain Marvel.  You can see it here:

This follows Larson’s own Instagram post featuring her suiting up in flight gear for a joy ride with USAF fighter pilots at Nellis Air Force Base, with the caption “Learning how to Fly.”

First thoughts … the overall design of the costume is cool, with similar lines to the original, but getting rid of the red hip sash. Frankly, we’re not fans of the color scheme, but some comic book fans believe it pays tribute to the original Captain Marvel design from the premiere issue in 1968.

I’m tempted to call this the 80s edition of the Doddle Digest since we’re dealing with Indiana Jones 5,Stranger Things 3, and Pacific Rim: Uprising this week. Weirdly enough, Raiders of the Lost Ark came out in 1981 but was set in the 30s while Stranger Things premiered in 2016 but is set in the 80s. The Pacific Rim films may not be set in the 80s but they’re definitely inspired by 80s giant robot cartoons like Voltronand Robotech/Macross.  Kind of like we’re approaching the 80s from three very different angles — but there we are.

First up we have a brand new Pacific Rim: Uprising trailer. It really gives us more information as to what the next movie will be about and a lot more of who John Boyega’s Jake Pentecost is. Check out the trailer here and below!

I really loved the original Pacific Rim and was very excited to see what Guillermo del Toro was going to do with this sequel. Of course, it didn’t end up working out that way and Steven S. DeKnight ended up in charge of the film. This may seem like a strange criticism considering the source material but Uprisingfeels… I don’t know… a bit cartoony. Without del Toro in the director’s chair this film seems to have lost a bit of the original’s visual flourishes and scale. The jury is still out on whether Uprising will be a worthy sequel.

Stranger Things caught everyone off guard when it premiered. It perfectly encapsulated what an 80s film should be like in a television series format. The Duffer Brothers somehow worked out how to capture the exact tone of a movie created in that time period and continued that into the second season which amplified the evil from the upside-down.

Producer Shawn Levy recently spoke about the third season, revealing that despite the Shadow Monster’s apparent survival at the end of season 2, the next season will deal with something else. Here’s what he told Glamour:

We’re [going to be] dealing with forces of evil that are new.

Levy wouldn’t reveal anything more than that but it is open to interpretation. They may not be dealing with the Shadow Monster this season but it doesn’t mean that the evil won’t be coming from the upside-down. He also did disclose that the Duffers have already plotted out the next season.

We’re there. It’ll be an eight- or nine-episode season. The number of episodes will be dictated by the amount of story that excites us. We now know what is going to happen in season three to every character.

Of all our favorite characters, it seems that Will won’t be victimized this season.

We’re going to give Will a break. We’re not going to put Will through hell for a third season in a row. He’ll be dealing with stuff, but he won’t be at rock bottom the way we forced the amazing Noah Schnapp to play.

In season 1 he was trapped in the upside-down and in season 2 he was possessed so that seems to be an improvement. Two other characters we know a little about are Steve and Dustin who were the breakout duo of last season.

In season two, it was all very cute and there was a funny factor to it because it was unexpected, but now that it is expected, I want to see them connect more and be more familiar with each other. I want them to have a connection like they’ve really had a connection for a year—like they’re brothers. He’s never had that, so I feel like Steve is definitely someone in that sense who could be that person to him.

Those two characters interacting gave season 2 something new and interesting. And yet, very 80s. No one saw that coming and after watching them together — everyone wants more.

Indiana Jones 5 Next on Spielberg’s Plate

The other bit of news this week, Deadline is reporting that Steven Spielberg is planning on directing Indiana Jones 5 next. Harrison Ford isn’t getting any younger and, despite how Indiana Jones and the Kingdom of the Crystal Skull ended, Shia LaBeouf will not be in the next film and won’t be inheriting the franchise.

The report is unconfirmed but if true, it will be an interesting film since it would be the first one withoutGeorge Lucas’ input. Considering Lucas was the one who came up with the crystal skull McGuffin and rejected Frank Darabont’s  script, that isn’t exactly a bad thing. Darabont’s script was superior in my opinion, chiefly because it didn’t include LaBeouf’s character Mutt. Hopefully, they’ll leave the science-fiction setting behind and stick to more mythical objects. In a lot of ways, Last Crusade was the perfect ending for the Indiana Jones saga and Crystal Skull ruined that. I hope that the next movie will rectify that.

Stranger Things 3 seems unlikely to premiere in 2018, pushing it to the 2019 release date  that’s rumored. If Spielberg shoots Indy 5 this year that means we could see a Memorial Day 2019 release. Since Star Wars: Episode IX has been pushed from a May 2019 date to December 2019, it seems like perfect timing. What this all comes down to is 2019 will be a great year for those of us who loved the 80s.