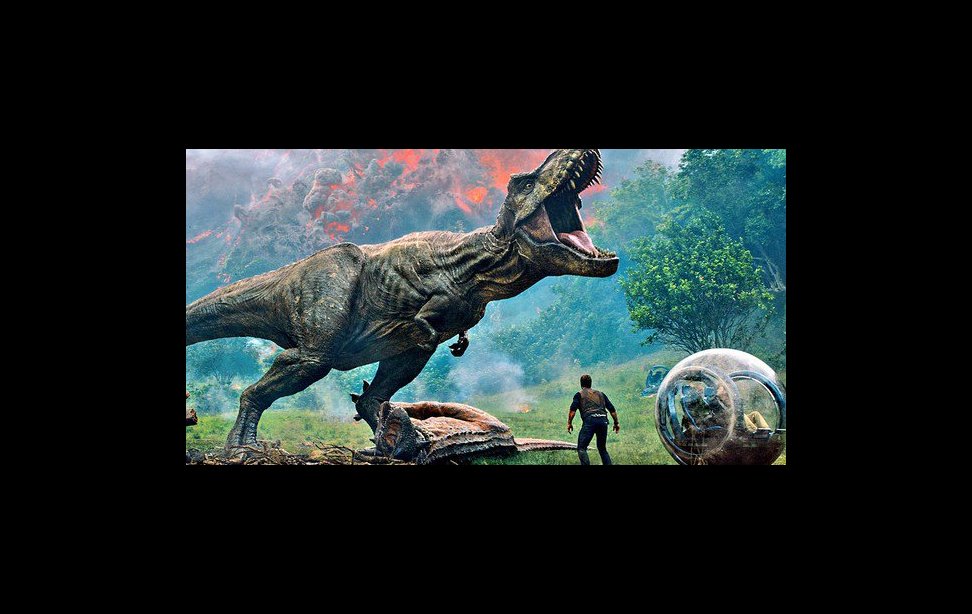 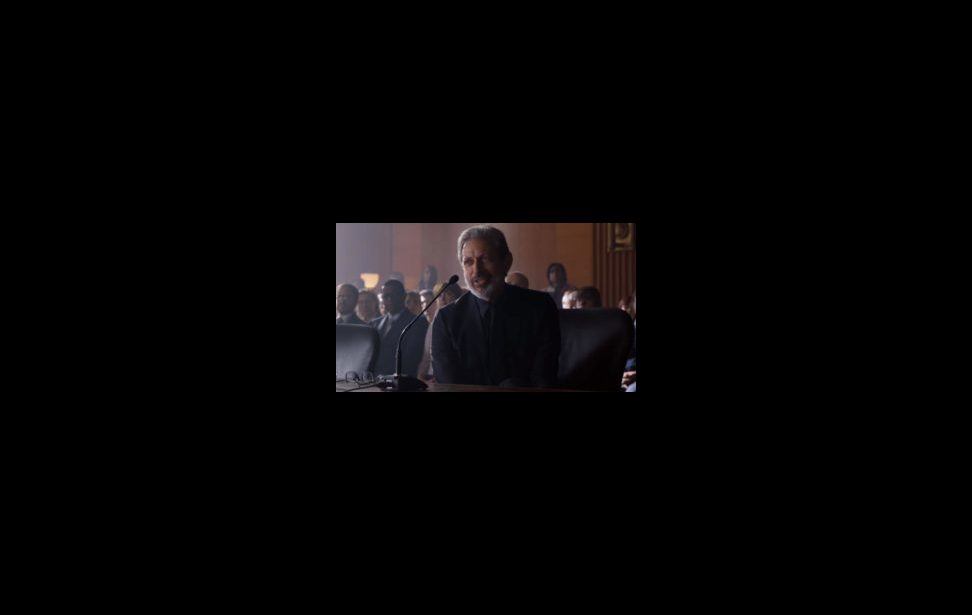 We were hearing rumors for awhile that the plot for the Jurassic World sequel would have to do with the dinosaurs becoming weaponized for attack. But after seeing the trailer for Universal Pictures’ Jurassic World: Fallen Kingdom, it looks more like a rescue operation… to save the dinosaurs? Or are the dinosaurs doing the saving?

From the looks of the trailer above, a great deal of time has passed since our heroes Owen (Chris Pratt) and Claire (Bryce Dallas) barely escaped Isla Nublar with their lives. They moved on, and it looks like went their separate ways.

But now something again is stirring on the abandoned island of dinosaurs, and it’s not John Hammond’s creations. It’s an extinction-level eruption of a long dormant volcano. So Owen and Claire put aside their differences and mount a rescue for Blue, Owen’s raptor, and the rest of the dinosaurs before the island erupts in an explosion of lava and ash.

But when they get there, they find it’s even worse, as there’s a cabal that’s been visiting the island and capturing the dinosaurs for their own nefarious purposes. But what could that be? Well if the rumors are true, it looks like someone is weaponizing the dinosaurs for world conquest. But do they really know what they’ve gotten themselves in for? And does life really find a way?

That’s the stage that has been set for the second chapter of the Jurassic World saga. Owen (Chris Pratt) wants to save the dinosaur he raised, while Claire has a wider vision. But there appears to be some debate over if the Island, and if dinosaurs are worth saving. At a government run hearing, Ian Malcolm is brought into testify. That’s exciting because Jeff Goldblum is revising his role as the “rock star chaotician,” who has twice escaped the brutality of life finding a way.

Malcolm isn’t the self-confident rock star he once was — heck he was pretty cynical in The Lost World (1997). He seems to have learned the wisdom of what surviving Jurassic Park has taught him. That life will not be contained, it breaks free and that life will find a way. Then Malcolm issues a warning, that if we’re not careful, the dinosaurs that once came before us, will be here after us.

Are you excited yet? I know I am! Not only to see the next time that our hero’s scream “RUN!” as they flee like dinner, but also since we’ve learned that this next chapter is returning to the old school techniques of animatronic dinosaurs manned by actors instead of the CGI that dominated Jurassic World:

Some thought the CGI fest that has come to dominate Jurassic has caused the franchise to suffer. I don’t know. Some of it was bad, but a lot of it was down-right fantastic, and could have only been done with computer-generated VFX. But going back to the beginning, with techniques honed by Phil Tippett and company will give it an intimate, organic feel that shows the dinosaurs as creatures, and not just props. And it should be great.

Oh, and check out the iOgrapher that Fallen Kingdom director J. A. Bayona uses to review shots. Well done, Dave Basulto! You’ve converted another one!