Gorillaz decided to throw a music festival for their UK return in the sleepy English seaside town of Margate. 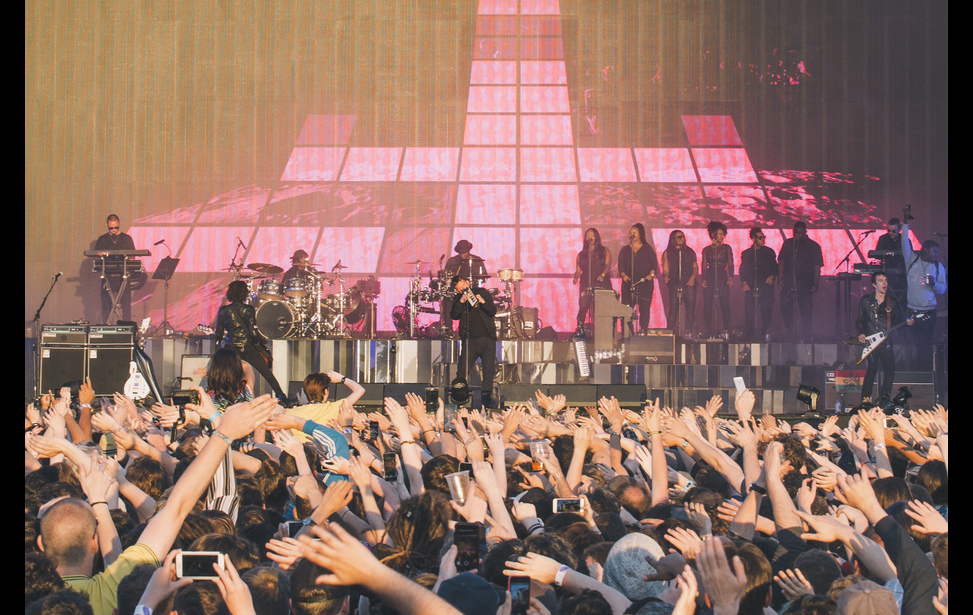 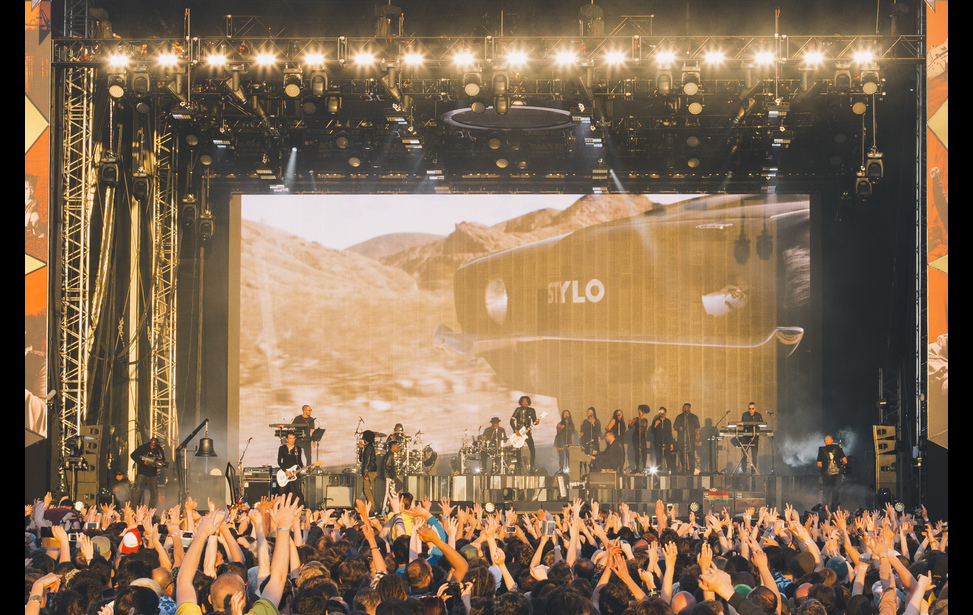 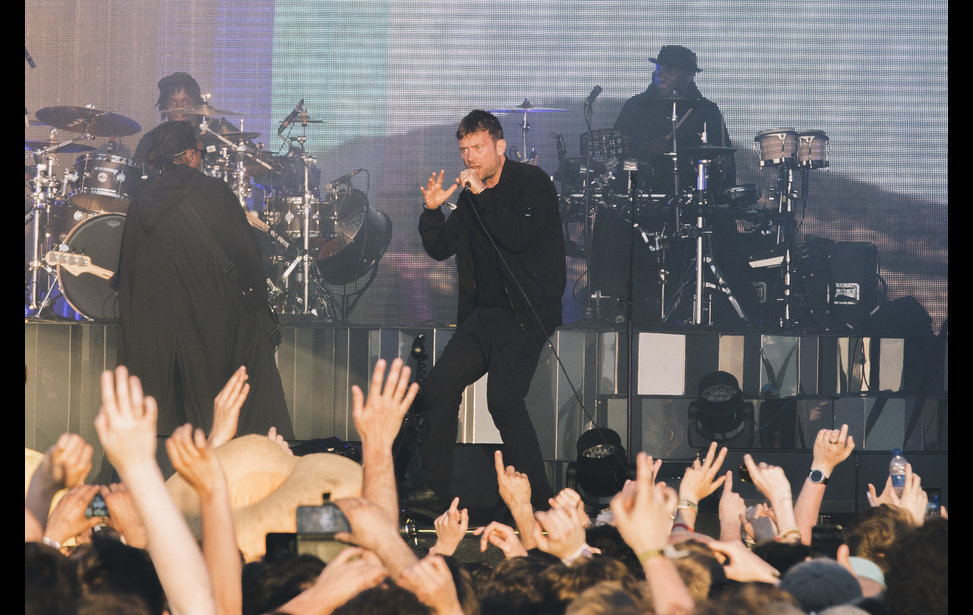 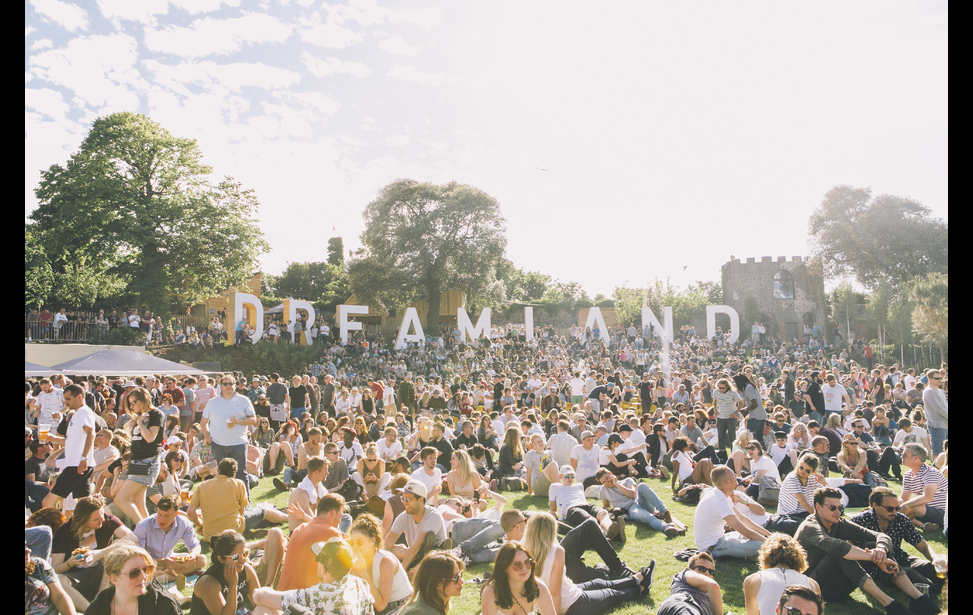 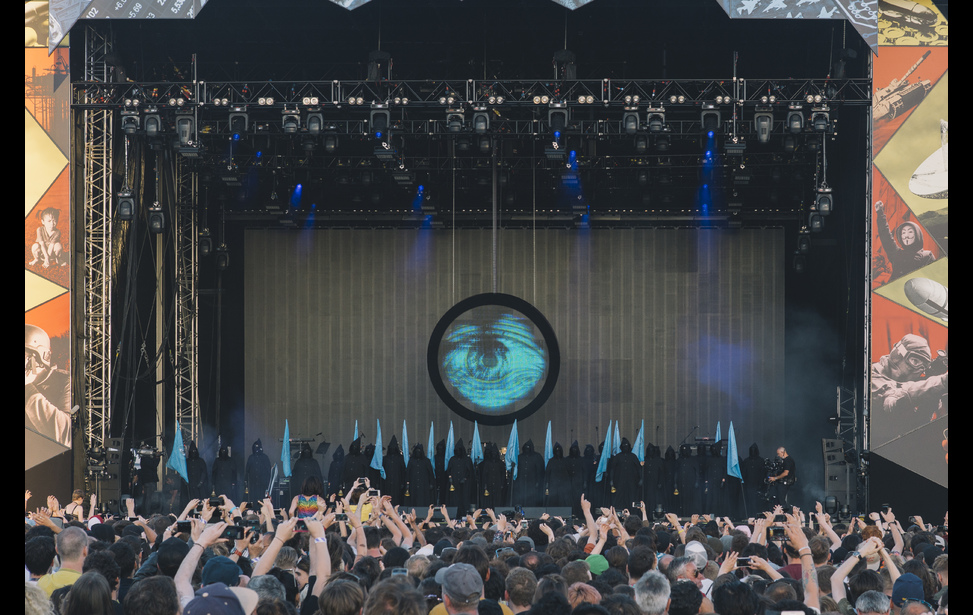 Gorillaz thrilled the crowd at Dreamland amusement park in Margate on Saturday to mark their live UK return with their very own Demon Dayz Festival.

Creators Damon Albarn and Jamie Hewlett curated the sold out one-day event with the likes of De La Soul, Danny Brown and Little Simz supporting on stage as well.

Red Bull TV’s free global broadcast to any music fan with an internet-connected device saw two channels of live music and content from beyond the stage, featuring Gorillaz’ headline set as well as support from artists featuring on their acclaimed new album Humanz.

“Who fell asleep on the beach this afternoon?” asks Albarn, looking out over a sea of heads that seem to stretch back to Margate’s gleaming seafront. Then, with a cheeky grin: “I did.”

Never the sort to do things by the book, Albarn and his creative partner behind virtual band Gorillaz, Hewlett, decided to throw a music festival for their UK return – and they did it in the most unexpected of places, the sleepy English seaside town of Margate.

Actually, Margate isn't that sleepy – it's actually undergoing a creative renaissance, which made it the perfect place for a festival as strange and inspiring as Demon Dayz with the festival taking place in recently renovated vintage theme park Dreamland.

Music fans were treated to Iceland's Fufanu, who lorded over the main stage with surly, anthemic post-punk, then could wander over to Red Bull’s Hall By The Sea stage and watch Jamaican MC Popcaan blasting the darkened room with some raw dancehall.

Gorillaz and De La Soul go back years, and the New York hip-hop trio put on a bravura performance taking in classics like Stakes Is High and Me, Myself & I, while Kano got the main stage chanting with grime classics like P’s and Q’s and Garage Skank.

The main attraction did not disappoint either with Gorillaz’ band taking to the stage dressed head to toe in black tunics and flanked by images of war and destruction.
Popcaan joined them for Saturnz Barz, backed by an apocalyptic choir, while Kali Uchis wore a glittery green jumpsuit to perform the smouldering She's My Collar.

Kilo Kish performed Out Of Body live for the first time, while Happy Mondays veteran Shaun Ryder rolled out to sing Dare to a rapturous reception. There was a neat nod to absent friends too on Stylo, the late Bobby Womack's face gazing down from above the stage.

Perhaps the highlight of the set was We’ve Got The Power, a message for hope with Albarn's Blur bandmate Graham Coxon on guitar and Savages guest star Jehnny Beth kicking off her heels and walking out into the crowd on outstretched hands.

New album Humanz was released to widespread critical acclaim last month, reaching #1 and #2 in the U.S. and U.K. album charts respectively, and topping the iTunes chart in 60 plus countries around the world.