Orlando Bloom Set For Surprise Pirates Of The Caribbean 5 Return 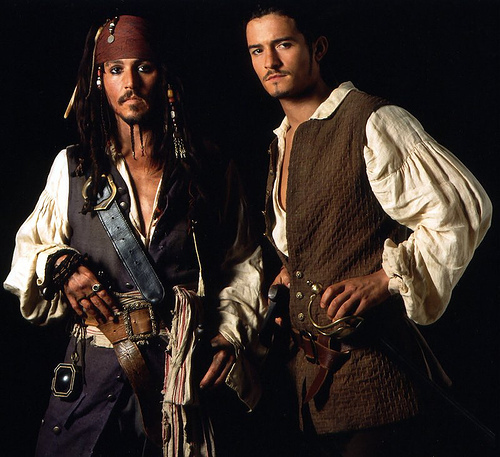 Orlando Bloom is in talks over a return to the Pirates of the Caribbean franchise, and reunite with its star Johnny Depp.

The British actor revealed, while at Oz Comic-Con?in Brisbane, that he is considering returning for the fifth film, titled Dead Men Tell No Tales.

He said: “There have certainly been some discussions about it and I’m open to it. That whole experience working with Johnny and (director) Gore (Verbinski) was really amazing for me."

He added: “One of the reasons I jumped at the opportunity was because Johnny was involved. I was such a massive fan of Johnny Depp growing up so to get up close and personal to Johnny and see how he worked as an actor was just a massive gift.”

Superstar actor Depp has already signed on for Pirates 5 – which will be mega producer Jerry Bruckheimer’s last project at Disney.

The sequel is scheduled to shoot in Australia next year and will be helmed by Norwegian duo Joachim R?nning and Espen Sandberg (Kon-Tiki).

In fact Lord of the Rings star Bloom was cut from the fourth film, On Stranger Tides, with producers wanting to concentrate on Depp’s Captain Jack Sparrow.

However, with the American star appearing in Bruckheimer’s flop The Lone Ranger and Tim Burton’s bomb Dark Shadows,?the studio clearly feel that Bloom’s extra star power can only help the sequel.

The post Orlando Bloom Set For Surprise Pirates Of The Caribbean 5 Return appeared first on Doddle.