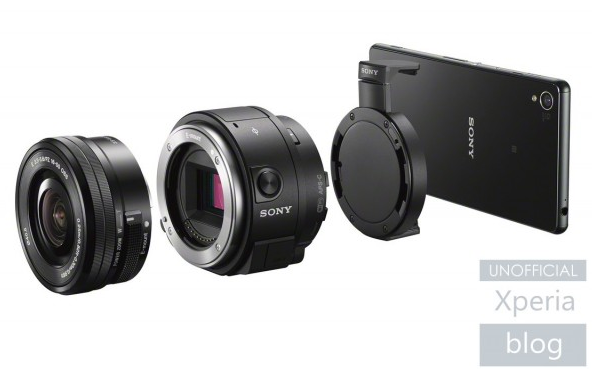 Sony has been working on it’s follow-up for the QX wireless lens attachment which can not only take images by itself, but also be used with any smartphone. And the new version looks to turn things up to eleven by adding capability to use e-mount lenses. That’s bound to provide some serious options for mobile filmmakers looking to add depth of field and bokeh to their mobile projects. And with Leica’s new e-mount lenses coming, you can bet some mobile shooters are down right drooling. 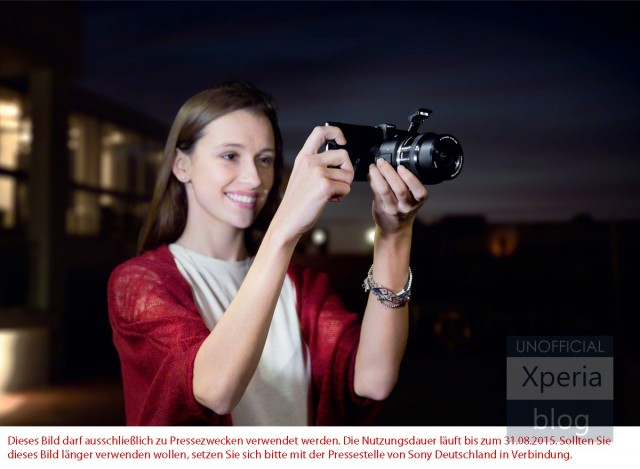 It breaks down like this… The new QX Wireless attachment lens has an e-mount, so it can accept Sony Alpha lenses, plus it uses its own Exmor APS-C sensor, and even has its own pop-up flash to overrule smartphones paltry LED offering. Users can either shoot images with it separately and save them to a microSD card, or can attach the QX lens to any smartphone and adjust it to fit over the standard camera opening. Then you can use Sony’s Playmemories app to control it via WiFi and shoot your images. ?Think of the iPhone as a viewfinder with which you can control framing.

However, the chief ‘knock’ on Sony’s original QX10 and QX100 was that controlling focusing via the Playmemories app left users a frustrating experience. These bugs have since been addressed and users have been able to use such features as half press shutter focus lock and MP4 video recording. And you’d better too, because if the Sony app is the weak link in the chain, it could render it useless for those looking to up their game with their mobile phone. And imagine this … in between the QX attachment and an e-mount lens, you toss in a Metabones Speedbooster. Now you’re really cookin’ with mobile gas.

Frankly, I think it’s a kind of frankenrig. I like the idea, especially if you could also use it with apps like FiLMiC Pro or Cinema FV-5. And adding an e-mount to be able to use any DSLR or cinema lens makes the QX wireless a cinematic tool with serious potential. Now all needs to do is live up to it. ?Price of the current QX10 is $249 and the QX100 is $500. I’m betting the new e-mount comes in around at least $499, or maybe even cheaper since users would be providing the glass.

Would you buy it?