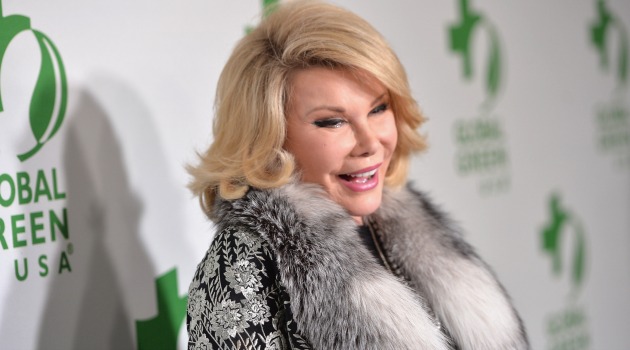 NEW YORK (Reuters) The comedian Joan Rivers died in New York on Thursday, a week after she suffered cardiac arrest during an outpatient medical procedure, her daughter said in a statement. She was 81.

“It is with great sadness that I announce the death of my mother, Joan Rivers. She passed peacefully at 1:17 p.m., surrounded by family and close friends,” Melissa Rivers said.

Rivers stopped breathing and suffered cardiac arrest in New York last week during a procedure on her vocal cords, and was placed on life support at Mount Sinai Hospital in Manhattan.

The comedian, who was known for her acerbic brand of humor, had a lengthy career and most recently was host of E!’s “Fashion Police,” commenting on the unfortunate red carpet choices of Hollywood celebrities.

“My mother’s greatest joy in life was to make people laugh. Although that is difficult to do right now, I know her final wish would be that we return to laughing soon,” Melissa Rivers added.