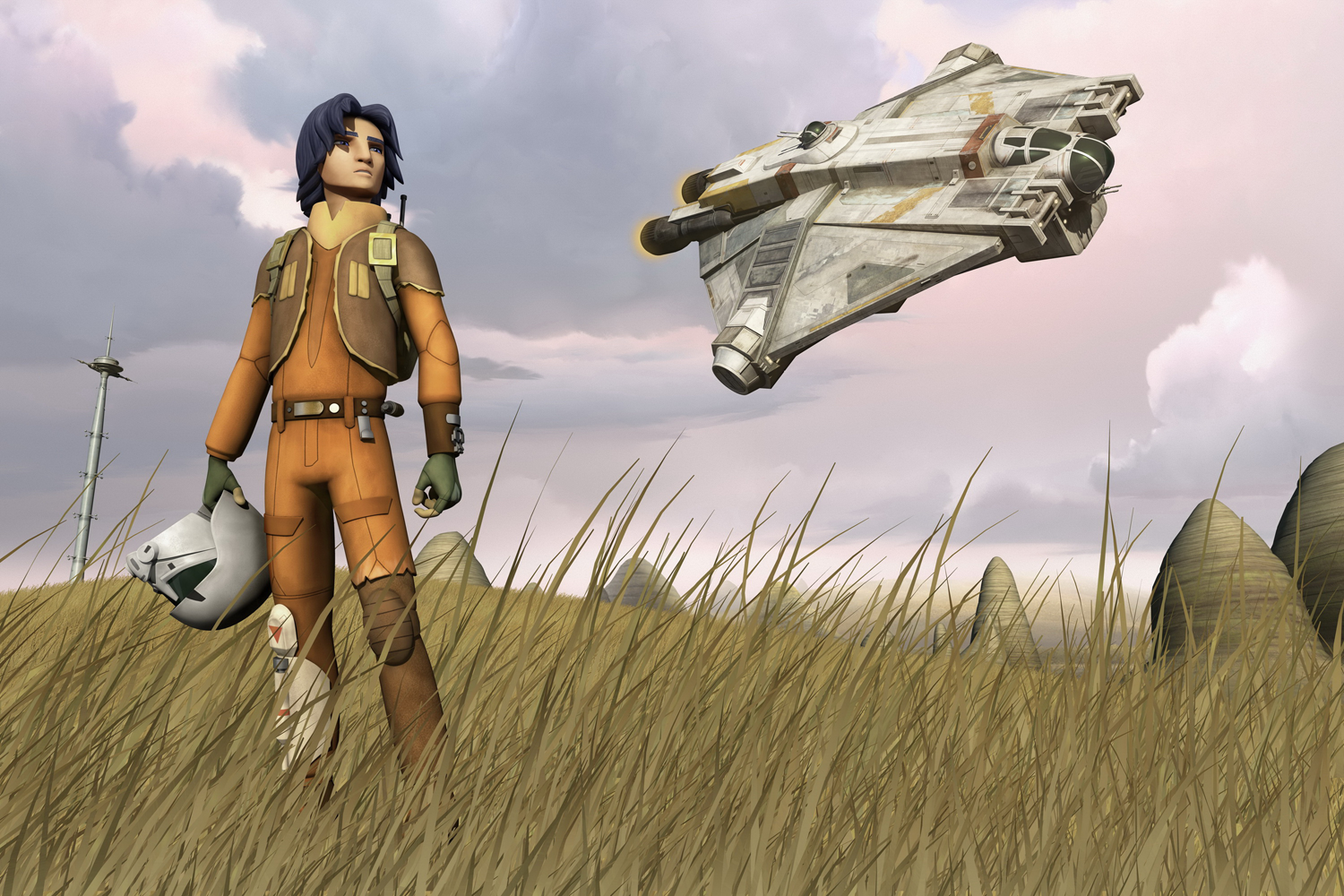 The last of the four Star Wars Rebels short films has been released (click here for the previous episodes). This time it focuses in on the protagonist Ezra and his sticky fingers while hinting at his force abilities. Here’s how Disney XD describes the short:

In "Not What You Think," a special Star Wars Rebels short, Ezra finds a downed TIE fighter on the plains of Lothal. The young rebel opens the ship's hatch — pretending to help the ungrateful Imperial pilot — and leaves with a few souvenirs.

You can check out the short film below:

Like the previous three short films, this one gives you a little bit of a tease regarding the character. In this case, Ezra is a little cocky thief — albeit a very good one. He robs an Imperial officer right under his nose and gets away with it.

Dave Filoni is producing this series, along with Simon Kinberg and Greg Weisman. Filoni is a veteran of Star Wars: The Clone Wars, and like that series, this one looks to start off light hearted. Rebels also looks to take a lot of it’s tone from the original trilogy making for a more swashbuckling adventure than war serial that the Clone Wars was.

Just because it starts light, doesn’t mean the series will continue having that tone. To be honest, if they’re using the original trilogy as a template, the series can go pretty dark in the coming seasons. Ezra is obviously going to become Kanan’s Jedi apprentice, and Ezra’s cocky arrogance could lead him down the path to the Dark Side. Not to mention that Kanan was probably an apprentice when Order 66 was enacted, meaning he’s not a full-fledged Jedi either, and may not have the skills to be Ezra’s master. Since these characters are brand new, there’s no telling what fate awaits them.

All in all, these four short films have gotten me excited about Star Wars again. The banter between a motley crew against impossible odds sounds familiar, and I can’t wait to see them in action. It’s also worth noting that Ezra is around Luke and Leia’s age, while Kanan should be around the same age as Anakin’s apprentice Ahsoka. If this series lasts for at least as long as The Clone Wars, who knows who we’ll see show up.

Star Wars Rebels will debut with Spark of Rebellion, a one hour movie airing October 3 on The Disney Channel with regular episodes beginning October 13 on Disney XD. Here’s the series synopsis:

'Star Wars Rebels' continues the epic tradition of the legendary 'Star Wars' saga with all-new exciting, action-packed adventures. It is a dark time in the galaxy, as the evil Galactic Empire tightens its grip of power from world to world. As the series begins, Imperial forces have occupied a remote planet, ruling with an iron fist and ruining the lives of its people.

But there are a select few who are brave enough to stand up against the endless Stormtroopers and TIE fighters of the Empire: the clever and motley crew of the starship "Ghost." Together, this ragtag group will face threatening new villains, have thrilling adventures, and become heroes.