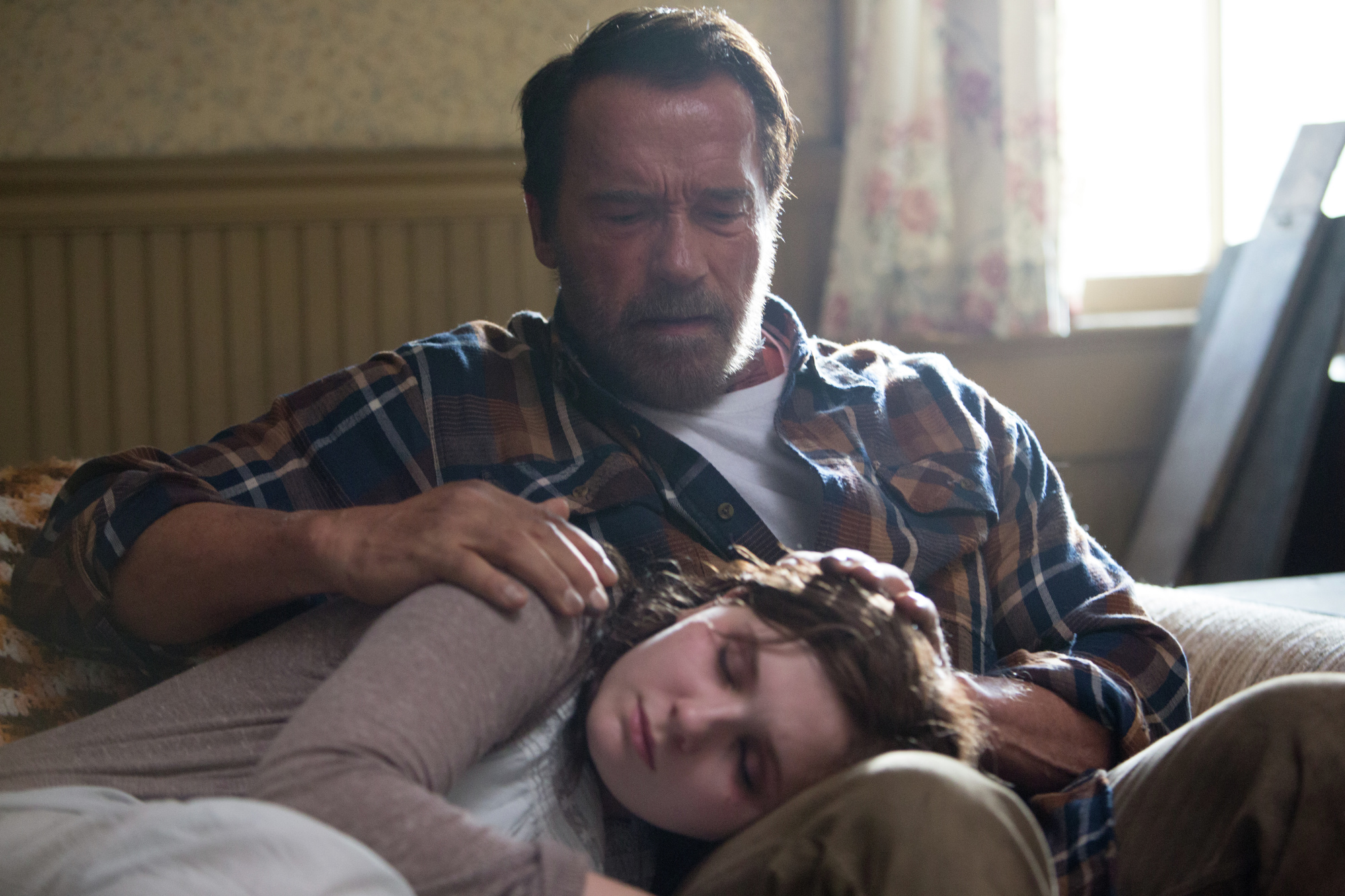 One of the more curious films Arnold Schwarzenegger has been attached to is the zombie film Maggie. Unlike most post-apocalyptic zombie films, this one focuses on the relationship between a father and his daughter, who has been infected with a virus that’s slowly turning her into the undead.

It’s a great concept and one that is usually only touched on lightly during most zombie films and generally only a few moments before they turn on a member of the crew that’s trying to survive the apocalypse.

The film sounds like a very different fare from Schwarzenegger’s usual repertoire of action films and his current string trying to revive some of his best works with sequels. John Scott 3′s script made the black list, and the North American rights have just been picked up by Lionsgate two weeks before it was set to premiere at the Toronto International Film Festival.

As a consequence, however, the film has been pulled from the festival by Lionsgate, so if you were hoping to catch it there, I have some bad news for you. Henry Hobson is directing the film, who has worked on title sequences for major films and TV shows like The Walking Dead) with Abigail Breslin (Zombieland) playing the slowly dying titular character Maggie.

"Maggie" has all the ingredients that spell commercial excitement -- a compelling script and an "A" list superstar surrounded by a world-class cast," said Beeks. "We're delighted to continue our relationship with Arnold Schwarzenegger, who turns in a performance that marks a dramatic departure from his action persona, and partner with our friends at Lotus Entertainment on a film that will resonate with thriller aficionados everywhere."

"Lionsgate is a world-renowned brand, and we're pleased to collaborate with Steve Beeks, Rob Friedman, Patrick Wachsberger and a motion picture team that has established a superb track record with this kind of material," said Johnson and Seibel. "'Maggie' takes the zombie genre in exciting new directions, and it offers something for everyone -- star power, horror, suspense and riveting performances that will keep moviegoers on the edge of their seats."

The film tells the story of a deadly zombie virus that has put a plague on the world. When Maggie, a vivacious young woman becomes infected, her father brings her home to let her be with their family. As Maggie's condition worsens, their relationship is tested, a father's love holding on stronger than the disease. This heart-wrenching twist on the zombie apocalypse puts a human face on an inexplicable horror.

Schwarzenegger is repped by Patrick Knapp at Bloom Hergot and CAA.