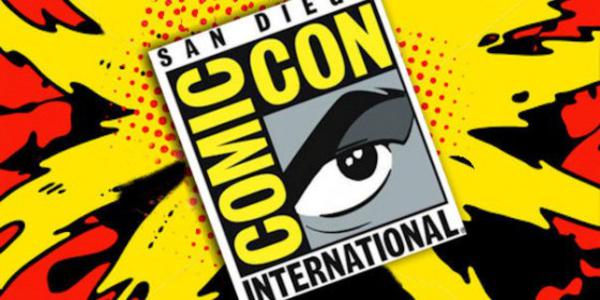 Marvel may have won the battle at Hall H, but there was plenty of excitement to go around

Comic-Con. It’s grinding. It’s grueling. It’s an exercise in geek dominated, marathon-style determination. And it’s a gas. Everyone should attend Comic-con at least once, and this year may have been one of the best. Although, to be honest, the first few days, I rather felt that it was going to be a quieter con, figuring that everyone was keeping their powder dry until 2015 when all hell breaks lose. But then DC and Marvel arrived to save the day.

What were the highlights for me at Comic-Con this year? Well, first was preview night, where we got to see the pilot episode of The Flash. And the episode, which featured the original story of Barry Allen (Greg Gustin), who works as a crime scene investigator who divides his time between solving crime and trying to find out who really murdered his mother. Sadly, nobody believes him when he says he witnessed a ball of yellow and red light envelope his mother and a man inside of it who killed her. And his father was convicted of the crime instead. But when a particle accelerator explodes, triggering the lightning bolt that gives him his blinding speed, Barry now has the ability to not only fight crime, but maybe find out how his mother died. But that wasn’t the only news. We also got word that Sony was holding back on The Amazing Spiderman 3 and greenlighting a Sinister Six movie in it’s place. And that was preview night.

Thursday, Comic-Con hit the ground running with Christopher Nolan surprising Hall H during the Paramount presentation of Interstellar, and Benedict Cumberbatch wowing the crowd for his first Comic-con appearance during the Dreamworks presentation of Penguins of Madagascar, and then he had to make it to Warner Brother’s presentation of The Hobbit: The Battle of the Five Armies. Television wise, we got some good news that Agents of S.H.I.E.L.D. would be adding some new characters including one played by Lucy Lawless. HBO talked Game of Thrones also introduced new cast including veteran British actor Jonathan Pryce. You can read all about it here. And Disney threw out the first exciting news with the Star Wars: Rebels panel, starting the long run towards Christmas 2015 and Episode VII.

Friday came, and while he was camping out in Hall H all week, our fellow reporter Danny Santos got news that Evil Dead may be coming to TV as original star Bruce Campbell and Sam Raimi are developing it. But Raimi is also deep into developing The Last of Us as a movie. To there’s a lot happening there. I was hanging out in the Simpson’s panel, where Fox announced the Simpson’s/Family Guy crossover even, and, to celebrate the release of every Simpson’s episode on Blu-ray, FXX is going to show a Simpson’s marathon of every single episode back to back from start to finish. And they capped their panel off with Homer Simpson in hologram chatting with series creator Matt Groenig, Tupac style. It was hilarious. 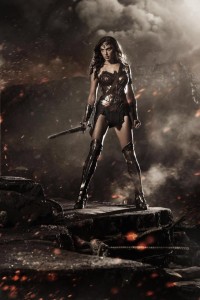 But Saturday was the day. The day that DC would battle it out against Marvel for control of the hearts and minds of comic book and super hero movie fans who were lucky enough to get into Hall H for all the excitement. And both didn’t disappoint, as Batman vs. Superman director Zach Snyder showed off an official first peak of Gal Gadot all decked out as Wonder Woman looking fierce enough to defeat both the Man of Steel and the Dark Knight, and then all three were brought on stage in what many DC fans called “The Trinity.” And the Batman vs. Superman teaser with Batman lighting up a most unhappy Superman with the Bat Signal was fantastic.

In Between the Super Hero showdown, the Legendary Pictures’ panel confirmed that Gareth Edwards would be directing Godzilla 2, and that there would also be a prequel to King Kong called “Skull Island.” Is this why Legendary gave up their interest Pacific Rim? And are they setting the stage for a King Kong vs. Godzilla chapter in the future? Everyone is hoping so. I also got a glimpse of the Hunger Games: Mockingjay Part One trailer, which begged the question of Katniss, is she up to the fight and “will you fight us?”

But then came Marvel. And the first thing we learned was that Ant Man was adding Evangeline Lilly to the cast as the daughter of Hank Pym and potential love interest to Paul Rudd’s thief who steels the Ant suit and has to learn that with that power comes … well, you know. Then, before it’s even out, Marvel announced that Guardians of the Galaxy will get a sequel coming in 2017! And came the main event… Avengers: Age of Ultron. With everyone on stage but Scarlett Johanssen, who had just had a baby, the entire cast of Age of Ultron took the stage with a wild teaser that left many wondering who’s going to survive the second Avengers film. But what wasn’t left to doubt was that Josh Brolin was going to be Thanos!

By then, I was spent. I couldn’t handle any more excitement and had to relax with a few hours of celebration. So we went to the 41st annual Comic-Con Cosplay Masquerade. And it was insane. And the amount of talent in costuming on display made being there until almost midnight worth it. By Sunday, I think everyone was spent, but there was still one more panel – Mad Max. And it looks as exciting and intense as the original. All played out by all the exciting announcements. We hardly missed Doctor Who, who didn’t make the trip this year. But that doens’t mean he wasn’t a fan favorite with cosplayers, as the 10th and 11th doctors were EVERYWHERE.

And that was it. It was over as it had begun… with a Flash. And I already can’t wait until next year.