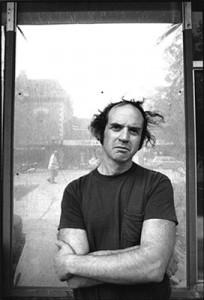 By Kim Palmer - CLEVELAND (Reuters) The widow of underground comic book writer Harvey Pekar, whose life story was told in the movie “American Splendor,” is auctioning part of his extensive jazz CD collection to raise money for the family of a restaurant owner killed in June.

Joyce Brabner, Pekar’s widow and overseer of his estate, put 200 CDs owned by the comic book author, noted jazz critic and collector, for sale on eBay on Monday. The bids had reached $500 as of Thursday. Bidding ends Saturday.

Jim Brennan, 61, was shot and killed in the basement of the Brennan’s Colony restaurant in Cleveland Heights in a robbery on June 30. Four suspects, including a man who worked at the restaurant, have been arrested in connection with the killing.

Pekar chronicled his struggles in working class Cleveland in his comic books, gaining acclaim and making multiple appearances on Late Night with David Letterman in the 1980s. He appeared as himself in “American Splendor,” which starred Paul Giamatti as Pekar.

Brabner said in a video statement on “Joyce Brabner’s Harvey Pekar Page” on Facebook she wanted to give back to the community that supported her when Pekar died in 2010 at age 70.

The buyer will also receive copies of rare American Splendor comic books and a movie soundtrack, her eBay posting said.

“Free shipping, but if you pick it up, you get lemonade and something extra added to the enormous laundry tub this collection is stored in,” Brabner’s posting says.