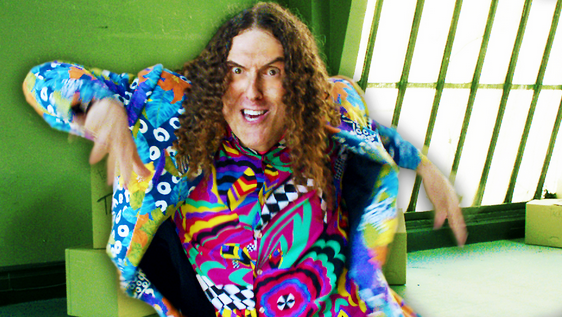 When a musician has produced a hit song over the last 30 years, there was always a good chance that Weird Al Yankovic wouldn’t be far behind with a parody music video that would skewer it. Not out of malace, mind you, but with sincerity being the purist form of flattery, Yankovic has carved out a career as a comedy artist and music video director. And for his recent, and rumored last, album, Weird Al is going out with a bang with his #8videos8days release for his album Mandatory Fun. And the first is bound to make you “happy,” if not feel a bit “tacky.” 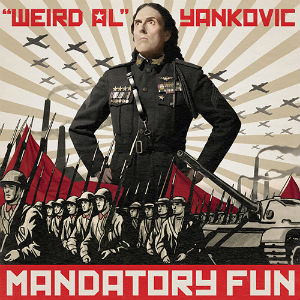 The first of his week long eight song video premieres online is a parody of Pharrell Williams‘?hit song “Happy,” about being … well, Tacky. And it features Weird Al, and friends like Jack Black, Aisha Tyler, Margaret Cho, Eric Stonestreet, and Kristen Schaal, all dressed in clashing clothes acting rather tacky. And that’s all part of the fun. “We're going to have some fun today," exclaimed weird Al to the Nerdist writer Matt Grosinger, as he began shooting the video poking fun. "Thank you, Pharrell; I really appreciate it--you're a cool guy.”

"Al has ALWAYS been one of my idols. If you had told teenage me that I would one day not only be friends with, him but also get to produce a video for him, my young brain wouldn't have been able to process it. I have?watched "Tacky" dozens of times and I can't stop singing it. I LOVE?YOU AL." – The Nerdist Chris Hardwick

Weird Al bookends the video with his usual comedic banter, followed by his friends walking through the historic Palace Theater in downtown Los Angeles, and lip synching his song from one floor to another and behaving in a funny and tasteless manner.

It’s the first of eight new songs from the album which include parodies of Lorde’s Royals, the Foo Fighters, and Robin Thicke‘s Blurred Lines (I wonder if he’ll get Miley Cyrus to act tacky in that one … but that wouldn’t really be a parody would it?). Even classic artists like Crosby Stills, and Nash and Cat Stevens aren’t escaping Yankovic’s trademark video wit.

But why is Weird Al walking away from recording such kitchy parodies, well, he isn’t really. He’s just evolving with the times, and with his current record deal set to expire after Mandatory Fun drops tomorrow, it seems like the right time.

“I don’t know that I’m going to be doing any more traditional albums after this point, now that my record label deal is over,” Yankovic told NPR. “I think that digital distribution is more the way for me to go: putting out a single at a time, possibly two or three tracks or an EP. I don’t know that putting out 12 songs at once in this day and age is the best way for me to get my music out there, because if I’m waiting that long, chances are a lot of the material is going to be somewhat dated by the time it comes out.”

That makes a lot of sense. This way, Al can be weird as the moment, and Billboard, requires, and do it on a dime … well, at least at .99 a download. Meanwhile, Mandatory Fun drops tomorrow, and you can follow each release on Yankovic’s Twitter feed with the hashtag #8videos8days and you can enjoy the videos on The Nerdist.