DirecTV to US lawmakers on AT&T deal: broadband ‘changing everything’ 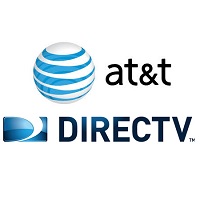 DirecTV’s chief executive officer told lawmakers on Tuesday that the largest U.S. satellite television provider needs to merge with AT&T Inc so that it can offer Internet service to consumers that is critical to remaining competitive.

“In recent years, however, broadband is changing everything. If we want to continue to compete effectively in today’s Internet-driven economy, we must adapt as well.”

AT&T CEO Randall Stephenson reiterated his company’s assurances to the Federal Communications Commission earlier this month that the merger would combine the two companies’ complementary products to offer the bundles of video and broadband services that consumers increasingly want.

AT&T, the No. 2 U.S. wireless carrier, told the FCC in a filing that the merger would create a stronger competitor to the cable companies, including in the areas where DirecTV and AT&T now overlap, and would bring better Internet service to rural areas.

“We operate in a competitive market that’s only getting more competitive,” Stephenson said at Tuesday’s hearing. “The cable companies already dominate on broadband and video today, and Google Fiber, Netflix and ever-faster wireless services are really transforming competition daily.”

The two executives and critics of the merger will speak at a Senate Judiciary Committee hearing later on Tuesday.

The AT&T/DirecTV deal is one of three shaking up the cable and wireless landscape. The other two are Comcast’s $45.2 billion bid for Time Warner Cable, and Sprint’s potential bid for T-Mobile US.

Comcast, in pushing for its own merger, has pointed to growing video competition from companies such as Google Inc, Netflix Inc, and Amazon.com.

“We’re concerned that there may be too much, too rapid consolidation in the telecommunications industry,” said Representative John Conyers, a Michigan Democrat.

“This ongoing wave of consolidation will without question result in fewer firms and may harm consumers by limiting choices and also raising prices after all … I will be looking and listening to make sure that we are not moving in the wrong direction.”

Lawmakers can be a major influence on merger deliberations. However, they will have no formal role in deciding whether the AT&T/DirecTV deal wins approval from the Justice Department, which must ensure the merger complies with antitrust law, and the FCC, which has a broader public-interest standard.

The post DirecTV to US lawmakers on AT&T deal: broadband ‘changing everything’ appeared first on Doddle.