Blackmagic Upgrades The Production Camera 4K to Support Raw, But… 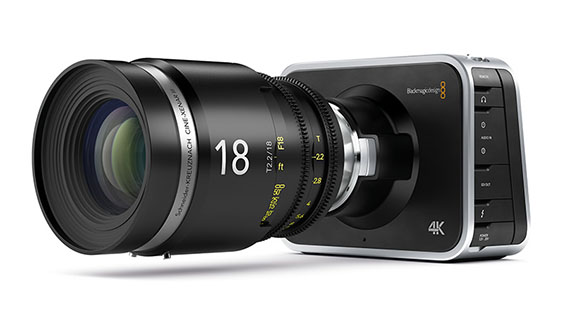 Blackmagic has been planning to bring Raw video support to the 4K Production Camera for awhile now, and today, a firmware update (known as v. 1.8) was unofficially released which let the cat out of the bag. So much so that the company pulled it offline immediately because it’s still in the testing phase. But still, there’s a lot to talk about!

The new release popped up on the BMD User forms as well as BMCUser.com. But Blackmagic is pretty clear in saying here that the firmware update that broke out on the interwebs today was not an official release, and that users should avoid installing it, as it could cause problems with the camera. They also reminded users getting an update from anywhere but an official source runs the risk of voiding a warranty. So I would wait on playing with it until BMD believes it’s ready for prime time.

But still, taking a look at the feature set for vs. 1.8, and it’s hard not to get excited. Specs show that the Production Camera 4K will offer losslessly compressed Raw DNG support. And that’s not all… The user interface looks to be cleaned up and updated, and Blackmagic has added autofocus support for Canon EF lenses. And there’s a few housecleaning items as well including fixing a bug, which caused artifacting on the edges of strong ambient light sources in the image while shooting in 1080p.

The firmware update will also boost performance of both the Blackmagic Cinema Camera, the Pocket Cinema Camera, and even the new Studio Camera. The updates for those two platforms look to include:

And while the feature set it impressive, it’s important to remember that Blackmagic can neither confirm nor deny the official fix list. But the killer feature to take away from this is that BMD is going to be giving Production Camera 4K users what they’ve been hollering for… Raw. And that’s something to cheer.

There are still a few things that Blackmagic can toss in the mix before the official release, and we hope that they bring audio metering and histograms. But the audio tweaking now brings more performance on the low end, and that’s nice. So, hopefully, the firmware update will add even more to what is a pretty impressive camera wide update.

The post Blackmagic Upgrades The Production Camera 4K to Support Raw, But… appeared first on Doddle.