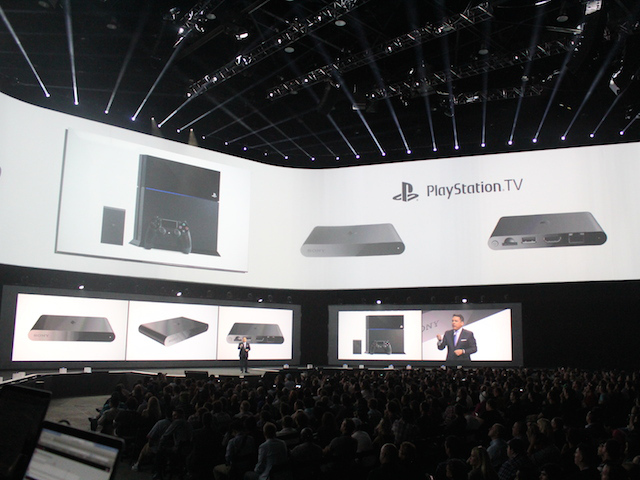 Will play older PlayStation and PSVita games, as well as stream content

Diving in to the deep end of an already insanely competitive streaming box market, Sony announced the PlayStation TV, a $99 video box that not only will provide streaming of audio and video content, including from Netflix, YouTube, and other online options, but will also let users play older PlayStation games, including PSVita. Is this a clever and pre-emptive move by Sony to answer the rumored Apple TV gameplay coming in the fall, or will it end up cannibalizing their PlayStation sales?

Having already met with some success in Japan under the name PlayStation VitaTV, Sony decided to take their press conference at e3 this week to announce that their budget streaming video/gaming box would be coming to the U.S. in the Fall with nearly 1,000 games available to play at launch, including older PlayStation and PSVita games, and even support for Disney’s Infinity game – which uses collectible figurines on a reader platform to give access to select characters. WOW. That’s what you call hitting the ground running.?Users will also be able to stream PS4 games to a second TV in your home. OK, that’s cool. I can see that as an advantage for having gaming parties.

The cost of the PlayStationTV is going to be $99, but Sony is also offering a bundle for $139, which will include the device, one controller, an 8-gigabyte memory card, and a digital download code for The Lego Movie. The downside is, since the platform won’t have an optical or hard drive, the games will have to stream through your PS4 or via a subscription service from Sony’s PlayStation Now cloud gaming service.

So let me get this straight... I need my PS4 in order to use it? What’s the point of that? Isn’t that what the PS4 is supposed to do all on its own? Now, sure, you can stream via PlayStation Now Cloud Gaming, which enters Beta this July. So, that’s an option. I just don’t understand why a PS4 owner would even need to buy this.

"When you're watching some schlock horror movie, have you ever had the desire to scream out, 'Look behind you,' or, 'Don't open that door?’ Now you can do effectively that on PS4. This is another way we're going to define what social gaming can mean." - Sony Computer Entertainment CEO Andrew House

In other PlayStation related news... Sony announced that since the PS4 was launched, users have been creating live gaming broadcasts over 150 million times, and now, Sony will give spectators the ability to chime in, and either help or hinder a gamer’s play. So users can give helpful hints to the player or try to force him into a worse position. Interesting.

Sony also announced that the PlayStation Camera has been improved for more accurate recognition, which will interface with various gaming enhancements, and will also show off their Oculus Rift killer, Project Morpheus, during the show. "We're pursuing new innovative technology that takes gaming to an entirely new direction," House said. 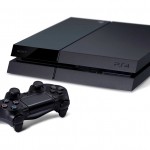