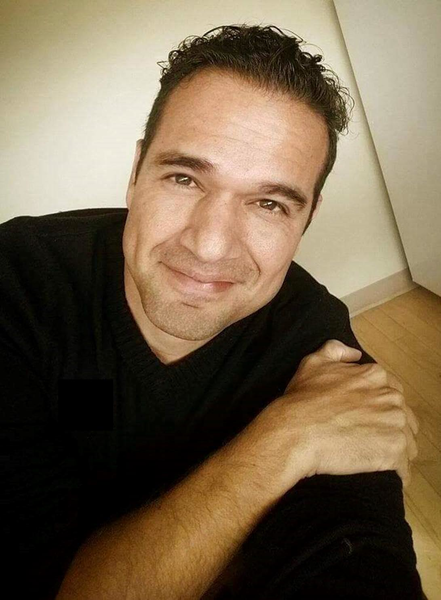 UserName: Marcozart City: Lancaster State: CA Followers: (10) Marco grew up in the small Caribbean nation of Belize. He cannot remember a time when he was not involved in something creative. Marco studied art at St. John’s College, and it was there that he fell in love with the acrylic medium. In Belize, he painted numerous tropical scenes and wildlife paintings, including a mural in the library at St. John’s. After graduation, Marco moved to California to try his hand at acting and quickly became a fixture in Antelope Valley theatre and has performed in many local productions there and in the Los Angeles area. A true renaissance man, Marco has also won multiple awards for acting, directing, choreography and set design. For several years, while studying everything from acting, to commercial singing, to various styles of dance, painting took a back seat. It was not until he was “volunteered” to help paint a backdrop for a local theatre production that the fire was rekindled. The scene was an English garden with blue skies and billowy clouds. Constant compliments from the cast and crew made Marco re-evaluate his lost art form and he found himself once again putting brush to canvas. Marco Antonio’s current painting style is virtually self-taught. He has developed it through years of experimentation and observing other great artists and their techniques. He admits to being impatient and likes to work in acrylic for its speed more than anything else. He uses the play of light and shadow to create playful ocean creatures as well as land and seascapes that capture the imagination. “I love the play of light, shadow and water,” Marco says, “I remember diving the barrier reef of Belize as a teenager and being fascinated with the shafts of light that illuminated the valleys of coral. Being a true water sign, Pisces, I have loved the sea and movement of water since childhood. I use my theatrical background as reference for the dramatic lighting that seems to be the general theme in all my work. Like a director of the stage, I often imagine the beams of light as theatre lights, illuminating these scenes and directing the viewer to look at highlighted areas in the painting. I love to observe the way light reacts in different settings. I am fascinated by the way light dances on water, penetrates the depths of the ocean, and makes trees and rocks glow. The multi-faceted aspects of light just transport me to a place of tranquility and happiness.” Marco’s major inspiration comes from masters such as Maxfield Parrish, Albert Bierstadt and the other Hudson River School Artists. “I am truly inspired by their belief that nature is an ineffable manifestation of God,” says Marco, “and like these great artists, my work is influenced by romanticism utilizing luminism or effects with special lighting techniques to convey lofty emotions through contrast of light and dark. I am also fascinated with Asian artwork. I love the simplicity combined with the symbolism.” The Splash of Color series came about from Marco’s fascination with the movement of water. “I would see images of water splashing and resembling other things. Kind of like seeing shapes in clouds. I thought it would be cool if the water splashed into the shape of animals. Eventually, the animals started to solidify at the end of the splash. This has caused me to look at water in a whole new way and I constantly find myself getting lost in observation of waves or fountains or even water dripping from a tap. I spend countless hours sketching different splash patterns looking for inspiration for future projects.” Marco’s collectors range from the United States to his native, Belize to Australia to Europe. He is also a proud member of the Ocean Artists Society, a unique alliance of the world's top marine life artists, sculptors, painters, photographers and film-makers who foster a continued interest in the ocean arts and marine life issues. Through his artwork, Marco aspires to focus public awareness on the Earth’s natural beauty and the need for global conservation. 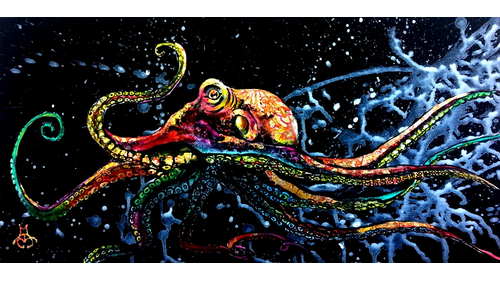