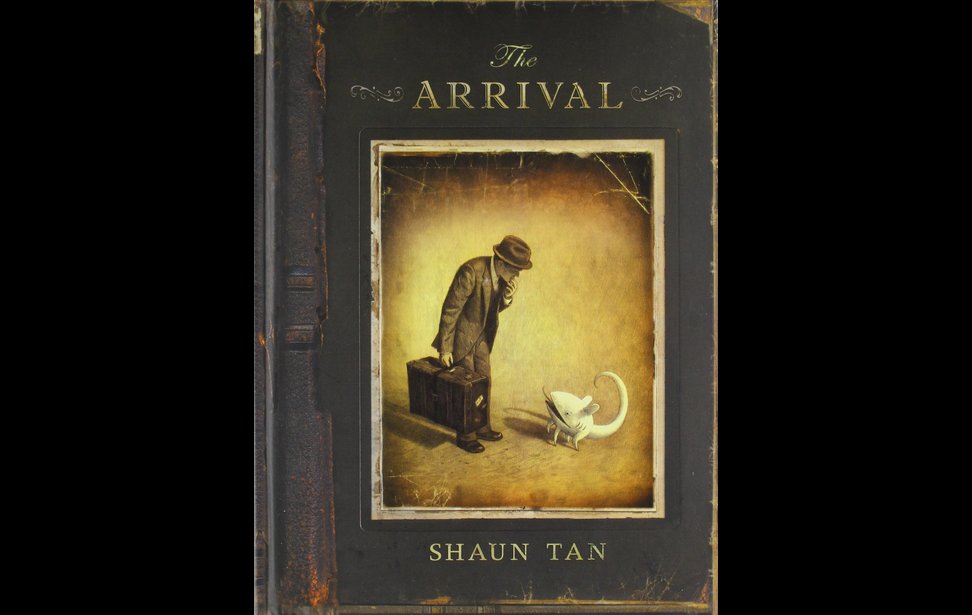 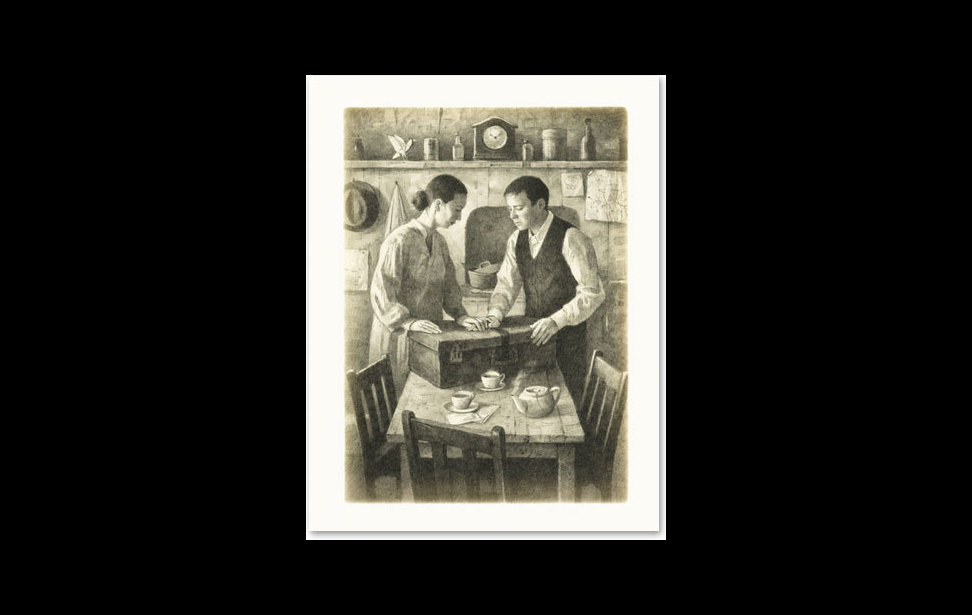 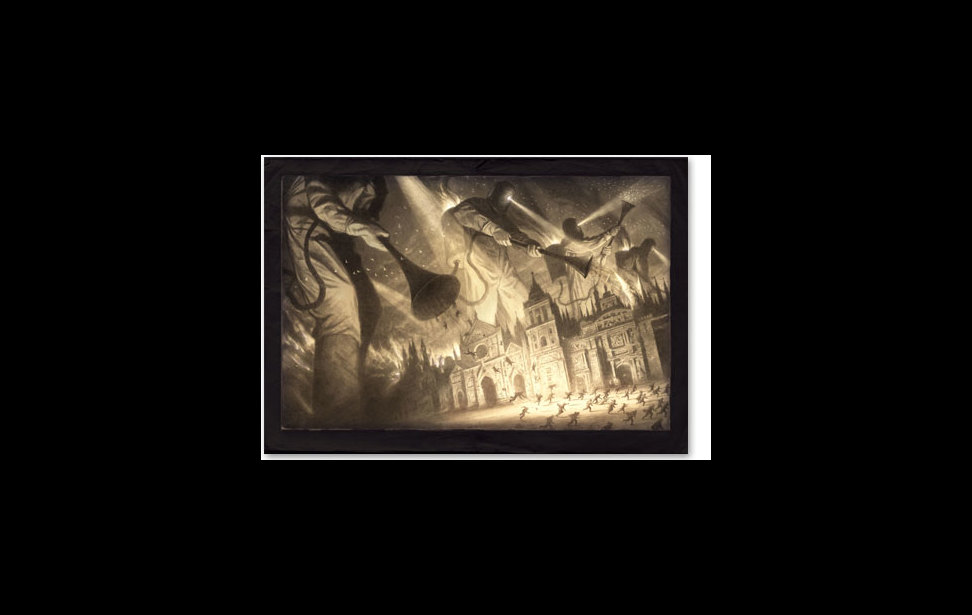 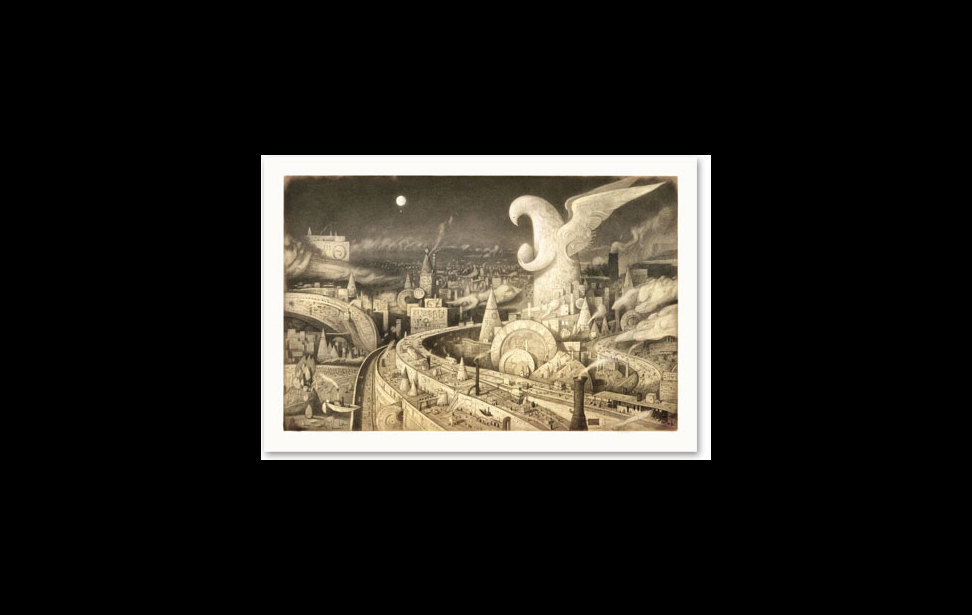 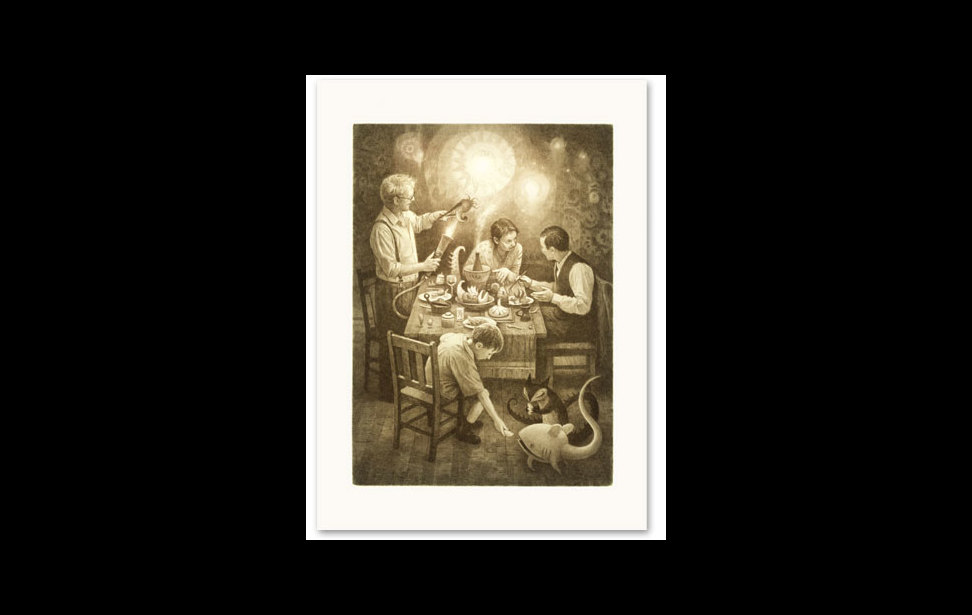 Some of the most extraordinary, fantastical works of art we ever have the pleasure of encountering are those that are the product of raw circumstance-- They seem to exist as almost purely accidental discoveries, waiting from the shadowed sidelines of life, hidden in their subtle of disguises.

My first experience with the work of Shaun Tan was one such an encounter.

To this day I remember vividly the moment I first laid eyes on one of the renowned Australian illustrator, author, and artist's most recognized and well known for his book, The Arrival--a graphic novel like none other (as seen in photo 1).

It was during the dusty recesses of a summer vacation; those lazy days where the end of July and beginning of August seem to blur together and the day's events start to pass you by in a drifting sort of haze.

One more trip to the local library, just like any other.

And there it was, tucked among the battered copies of familiar comic books, manga and how-to-draw instructional manuals, almost all of which I must have checked out and read at least a dozen times.

The cover of the book that had merely intrigued me, however, it was the artwork within the cover that truly enticed me (as seen in photo 2).

His stylized "picture book" of sorts is more accurately described as a graphic novel, as that's the closest way to describe the book's nature. Tan himself stated that during the course of the project, he found himself "...working on a graphic novel rather than a picture book. " (http://www.shauntan.net/books/the-arrival.html#anchor)

In an extensive interview with ViewPoint Magazine, he admitted that he thought of graphic novels in being "...actually closer in many ways to film-making than book illustration," based on the point he made that there lies a significant emphasis put upon the continuity of the images presented in a graphic novel, while picture books depend far less on a specific continuation of progressive images.

As far as The Arrival goes, it is absolutely necessary that those pictures tell a story worth seeing-- after all, the book fails to contain a single written word. Pictures are all you get.

Without words, Tan spins an exquisitely identifiable tale of immigration, isolation, wonder and fear. The story follows the journey and triumphs of a middle-aged man with no name who leaves his home and family to travel to a distant new land where everything is strange, foreign, and bizarre in search for a better home and future for his family.

There can be no doubt for any person who "reads" this novel that it tells the story, vividly and clearly. There is an undeniable depth, and layers of both broad and obvious visual interpretations to be made (as seen in photos 3 & 4).

Shaun Tan is an exceptional crafter of stylized conceptual artwork of the most profound nature; his is a style that once seen, is terribly difficult to forget. Whimsical in nature, his work is free and expressive; it captures the creative essence of children and adults alike, provoking the reflection of adolescent discovery and the dreams and fears of youth (See Image #5). Best known for his work on children's books, Tan has won numerous art awards, including an Academy Award for his animated short film adaption of his book, The Lost Thing, as well as well as multiple Awards and nominations for his work on The Arrival, including the Angouleme International Comics Festival Prize for Best Comic Book in 2008 (as seen in photo 5).

Books like Shaun Tan's questions what we can agreeably accept as the norm.  Art forms like his put usual conventions on their head and exist to remind us of what it means to escape the confining prison of our audience's expectation.