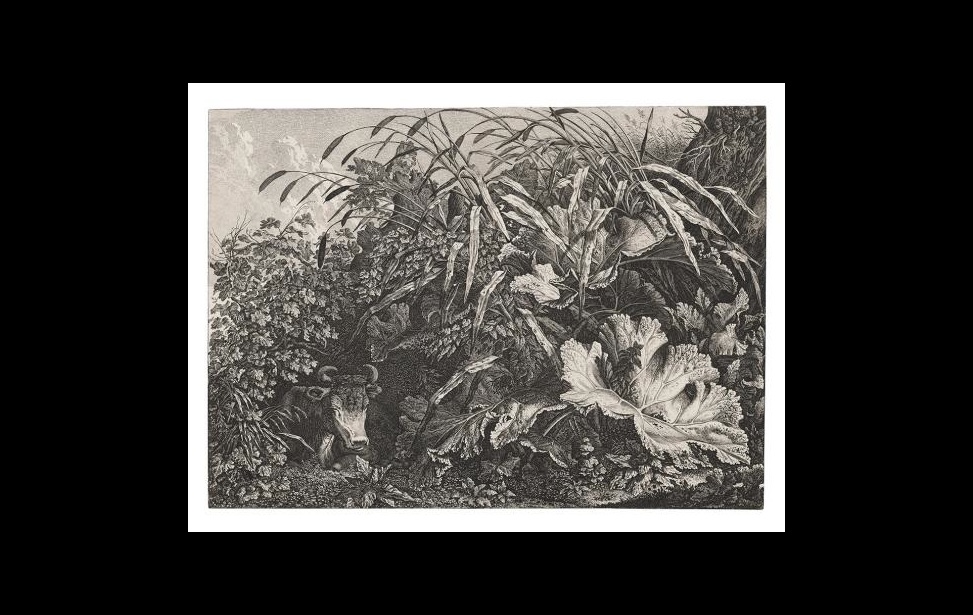 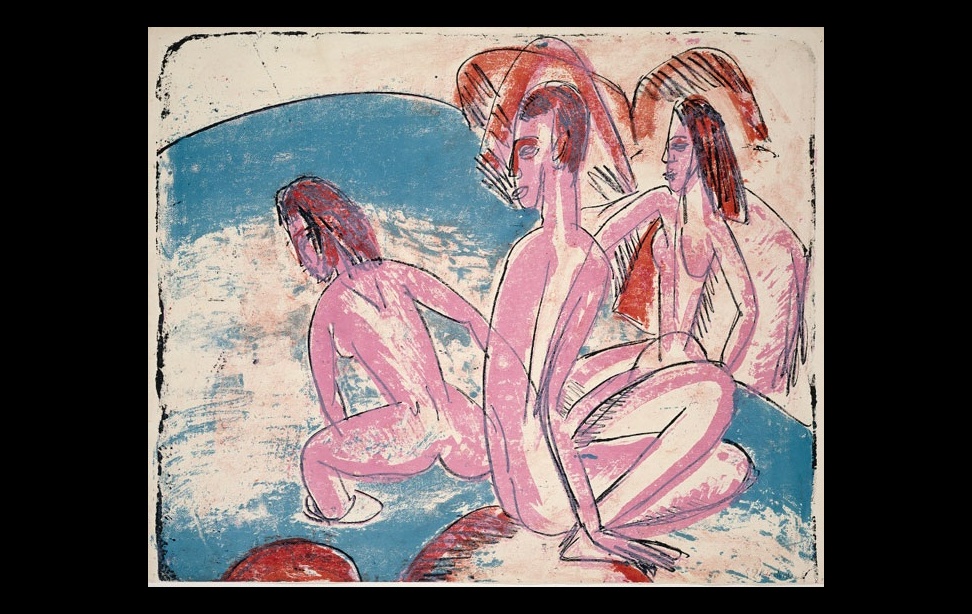 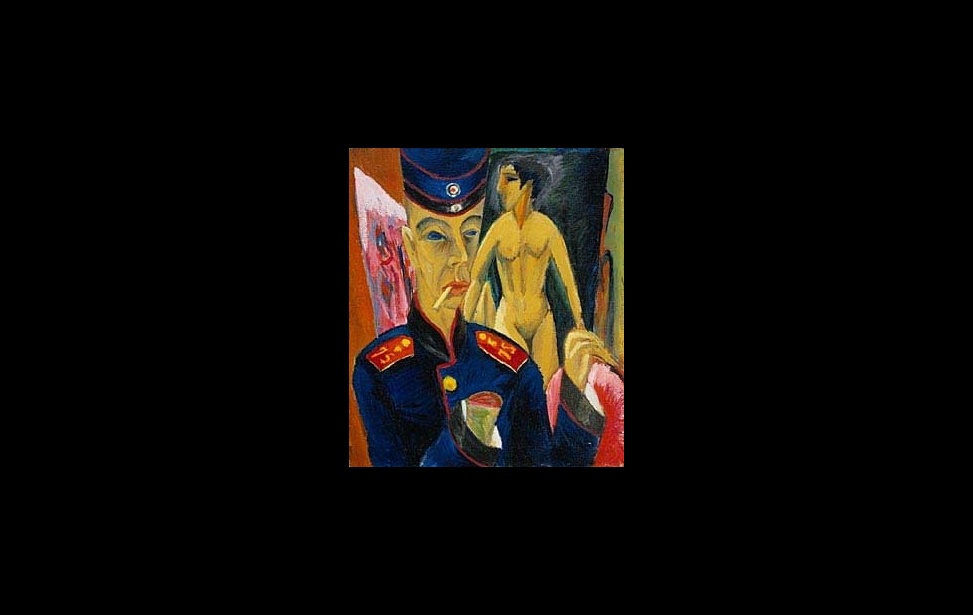 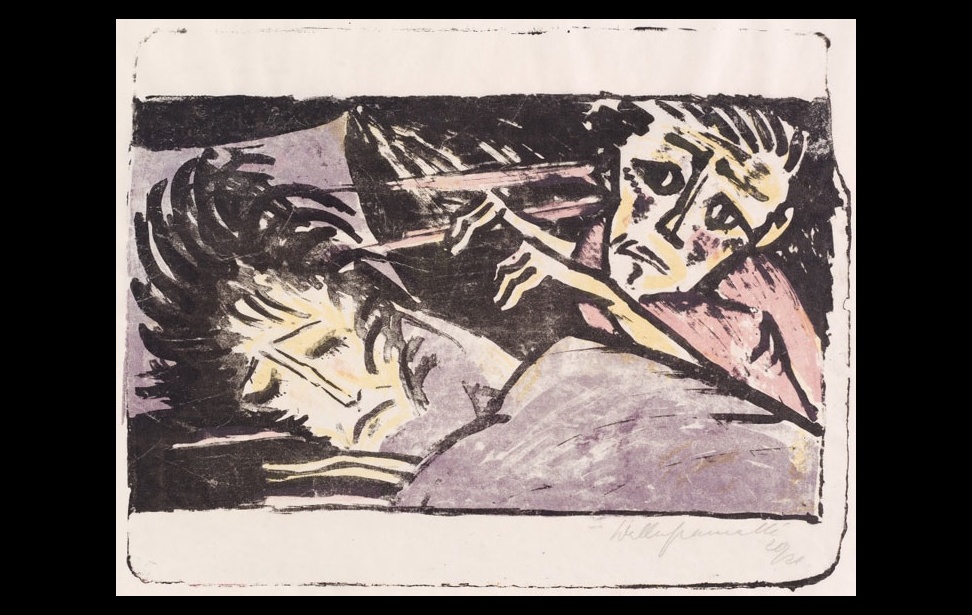 Seemingly obscure drawings and prints make a bold statement of expressionist pride in the National Gallery of Art’s newest temporary exhibition.  The collection is a must-see for modern art lovers hoping to become enraptured in an artist’s life story as told by their evolving body of work.  The exhibition is broken up into four rooms: the first being an introduction into early modern/late romantic German drawings, the second and third devoted to Ernst Ludwig Kirchner, the famous expressionist and founder of Die Brücke, and several of his contemporaries, and the final room is dedicated to late expressionism and post-war abstractionism.

Modern German Prints and Drawings from the Kainen Collection represents a magnum opus made possible by a collector’s sharp eye for otherwise overlooked and even, in some cases, condemned, works of art.  The latest exhibition pays homage to Ruth and Jacob Kainen’s role in the preservation of German drawings, prints, and watercolors.

Although the bulk of the exhibition largely focuses on German expressionist art dated between 1910 and 1930, the earlier works focus on realism as portrayed by intricately shaded etchings and an intense feeling for nature.  The early pieces in the exhibition embody the pastoral tradition, as they idealize rural life.  Pieces by artists, such as Carl Wilhelm Kolbe (1781-1853) depict shadowy woodland landscape, vacuous caverns, and cattle resting quietly beneath carefully executed foliage (as seen in photo 1).  The collection turns from dreamy realism to expressive surrealism as the turn of the 20th century ushers in a new expressionist movement.

The vastness and variance of the collection echo the collectors’ ability to distinguish the seemingly strange as evocative, distorted reality.  The bulk of the collection is devoted to the work of Ernst Ludwig Kirchner (1880-1938).  Kirchner, a founder of Die Brücke (The Bridge), a group of artists in Dresden aiming to renounce traditional academic style in favor of artistic expression, hoped his unique style would provide a bridge to the future of German art.

Kirchner’s earliest works include awkwardly proportioned nudes, multicolored and angular portraits, and lively scenes of bathers, dancers, and prostitutes.  He purposefully selected models from his own social circle rather than professional models as way to depict the group life familiar to him and encourage artistic spontaneity.  His early work is, at a glance, laughable, as snapshots of public life manifest themselves in simple outlines of bodies—human anatomy is reduced to slight protrusions and shaded curves (as seen in photos 2 -3).

After suffering a nervous breakdown while serving in the military, Kirchner sought treatment in Switzerland.  During this time he produced dreamlike paintings of landscapes, depicting lush views from his simple, rural home.  Despite an uplifting residence in Switzerland, Kirchner became mentally and physically crippled by the gripes of impending war in 1931, and as the Nazi party took power in Germany, it became impossible for him to sell his then labeled “degenerate art.”  In 1933, just five years before taking his own life, Kirchner recorded the following in his personal journal:

Here we have been hearing terrible rumors about the torture of the Jews, but it’s all surely untrue.  I’m a little tired and sad about the situation up there.  There is a war in the air.  In the museums, the hard-won cultural achievements of the last 20 years are being destroyed, and yet the reason why we founded the Brücke was to encourage truly German art, made in Germany.  And now it is supposed to be un-German.  Dear God.  It does upset me.

The final prints and drawings of the collection answer Kirchner’s fear of war’s paralyzing effects.  Sleeplessness and anxiety are depicted in Walter Gramatté’s “Torment” (1920-21), which displays a sleeping figure, eyes clenched shut, almost desperate for solace, haunted by a physical, human presence.  There is blood, almost visible in the red paints brushed heavily over newspaper headlines.  The pencil is packed with the lead of bullets, as scenes of Nazi intrusions are shaded with heavy grey—half covering the face of a frightened Jewish girl.   While the works are intended to be highly subjective, they still convey painful personal responses to war (as seen in photo 4).

Modern German Drawings and Prints from the Kainen collection is an emotional journey through the lives of expressionist artists, particularly the game-changing Ernst Ludwig Kirchner.  As expressionism rises to a zenith of creative influence in Germany, the works are laden with vibrant color and imagery.  The struggle to maintain artistic prevalence throughout a staunch Nazi regime becomes tangible.  Kirchner and Die Brücke’s influence may dissipate momentarily, but the legacy is alive and unconcealed in the National Gallery of Art’s new temporary exhibition.  It is a must-see for those wishing to get lost in the whimsical and emotional lives of these revolutionary artists. The collection will be on exhibit until June 29, 2014.