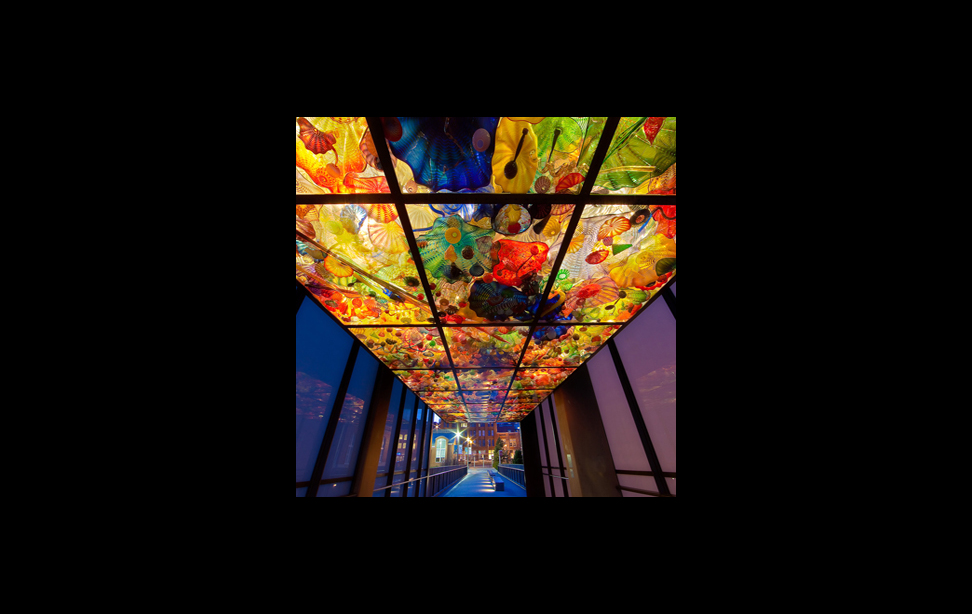 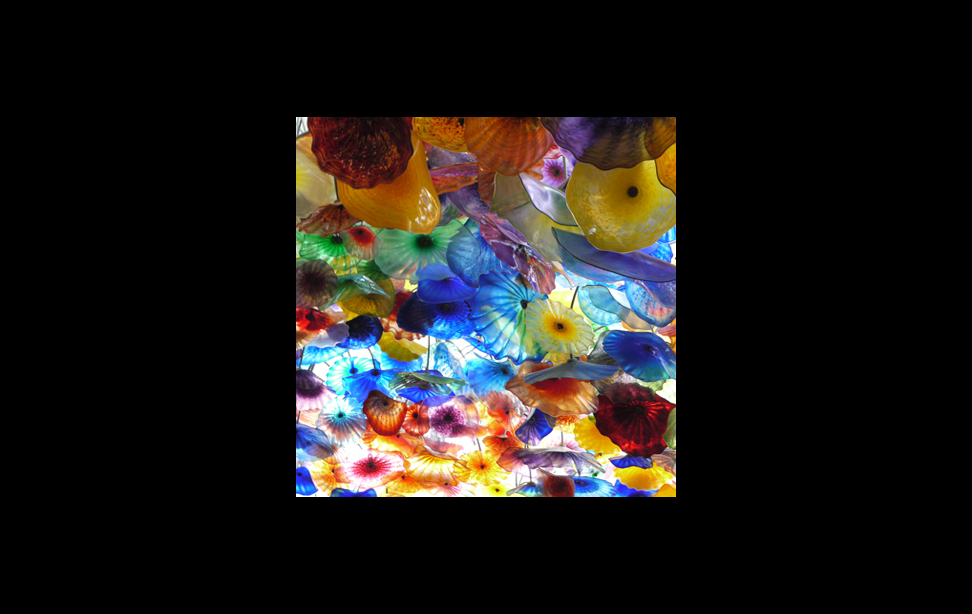 Over the past four decades, Dale Chihuly — a self-described “colorist” — has established himself as one of the world’s most inventive glass artists, producing recognizable works that range in scope from intimate vessels to public sculpture to monumental architectural installations.

Born in 1941 in Tacoma, Washington, Dale Chihuly was introduced to glass while studying interior design at the University of Washington. After graduating in 1965, Chihuly enrolled in the first glass program in the country, at the University of Wisconsin at Madison. He continued his studies at the Rhode Island School of Design, where he later established the glass program and taught for more than a decade.

As early as 1967, Chihuly was using neon, argon, and blown glass forms to create room-sized installations of organic, freestanding, plantlike imagery. Fast forward to 1994, and Chihuly was collaborating with Arthur Andersson of Texas-based Andersson-Wise Architects to create a 500-foot-long pedestrian bridge linking downtown Tacoma, Wash., to the city’s waterfront, the Thea Foss Waterway.

According to Andersson, “Chihuly was adamant from the start that the bridge needed to be a place for people, not an abstract construct understood only by a few in the art world.”

The bridge, which was completed and opened to the public in July 2002, contains three separate Chihuly installations: 40-foot-tall glass towers that look like massive sticks of blue rock candy; an 80-foot-long Venetian Wall that displays 109 Chihuly sculptures; and a Seaform Pavilion, which is a ceiling made of 2,364 objects from Chihuly's Seaform and Persian series (as seen in Photo 1). As visitors walk under the Seaform pavilion, they experience a seemingly underwater world of glass shapes and forms a few feet above their heads.

Chihuly installations have become major architectural elements in luxury hotels, such as the Bellagio in Las Vegas (as seen in Photo 2). In a statement about his striking ceiling installation at the Bellagio, Chihuly says, “Steve Wynn started talking to me about the ceiling at the Bellagio long before construction even began. He wanted me to make a ‘spectacular’ piece in the lobby of the hotel that would rival the aquarium at the Mirage, and generate more interest. Back in Seattle, we built the entire 70- by 30-foot ceiling, full-scale, at my studio. The commission, as contracted, called for a whole new armature type and about a thousand new 'flowers.' Steve visited several times, loved it, and wanted even more glass. Finally FIORI DI COMO was installed with over 2,000 handblown glass elements.”

In more recent years, Chihuly has experimented with “Polyvitro” to create new interpretations of some of his glass forms. (Polyvitro is the name Chihuly coined for a type of polymer he and his team created, which weighs considerably less than glass.)

The glass guru may also be undertaking one of his largest installations to date: Chihuly at the Needle, a permanent exhibit at the base of Seattle’s Space Needle. If approved, the exhibit will include 12,200 square feet of indoor exhibit space, a 4,500-square-foot "glass house," and a 20,800-square-foot art garden and plaza.

Chihuly's next temporary exhibition, Through the Looking Glass, will be in Boston at the Museum of Fine Arts from April 10, 2011 through August 7, 2011.