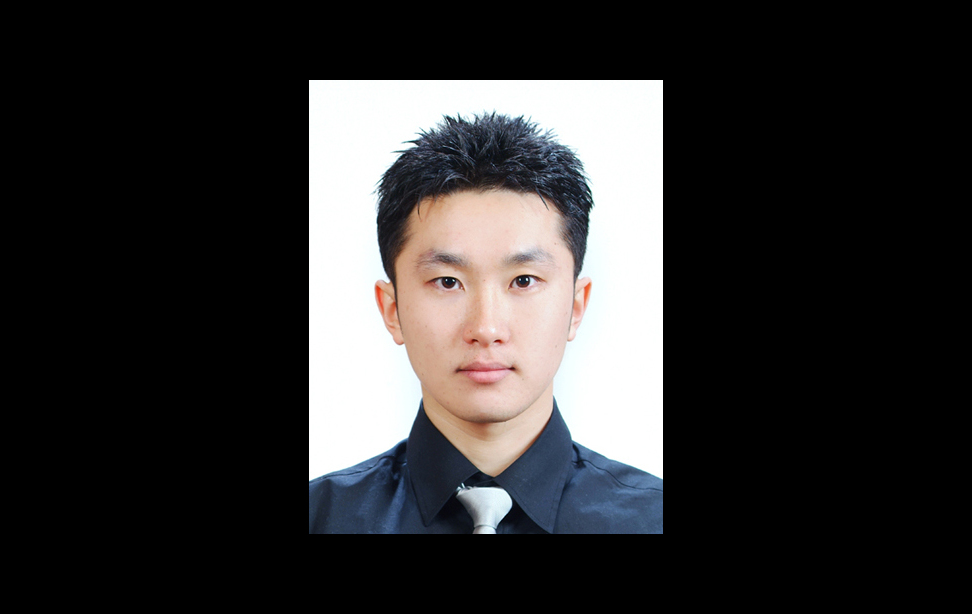 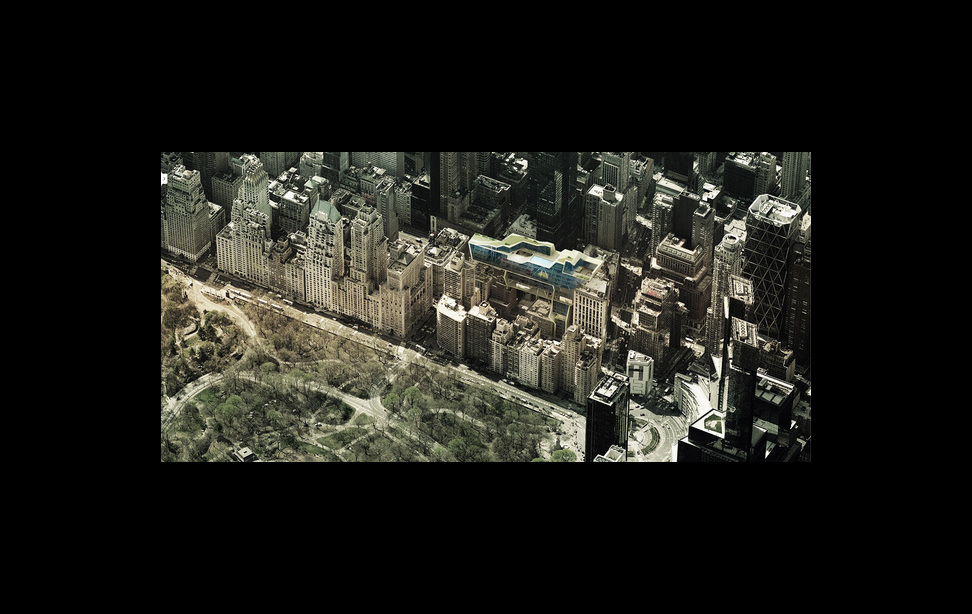 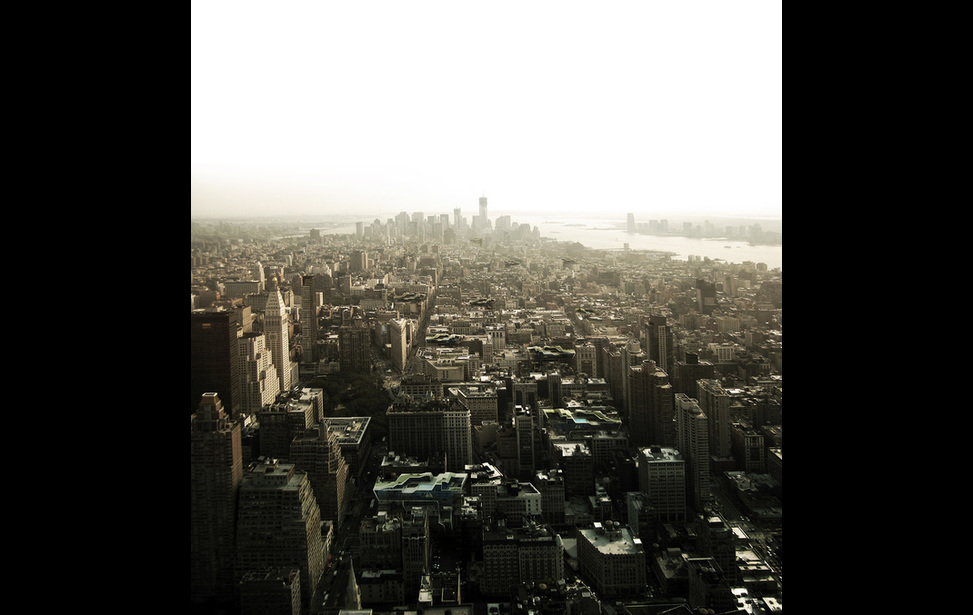 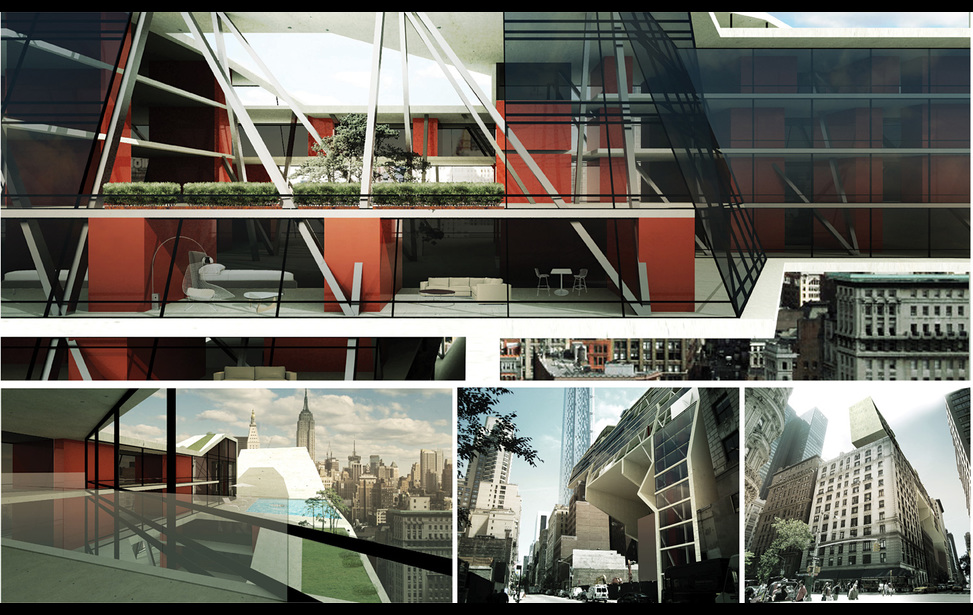 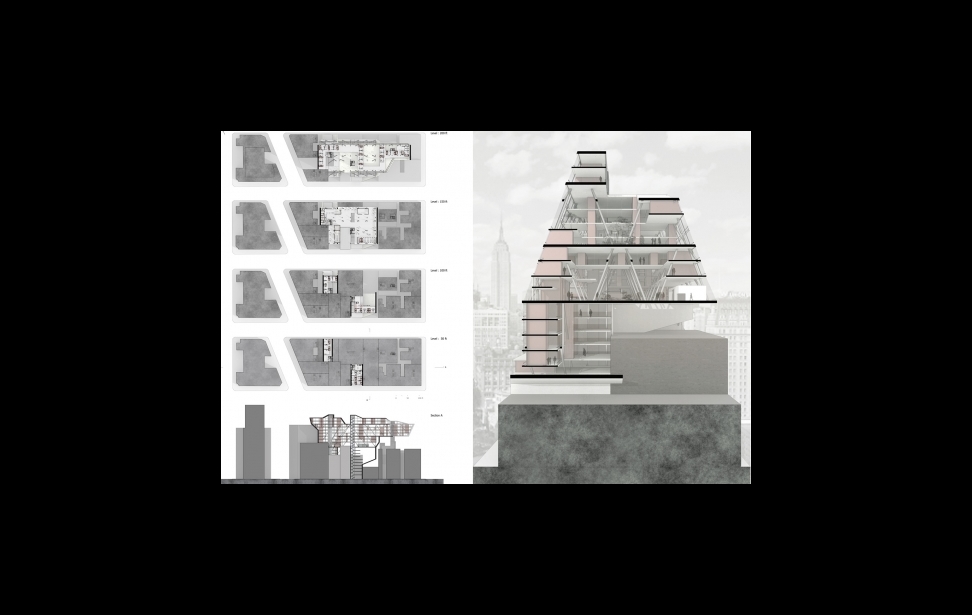 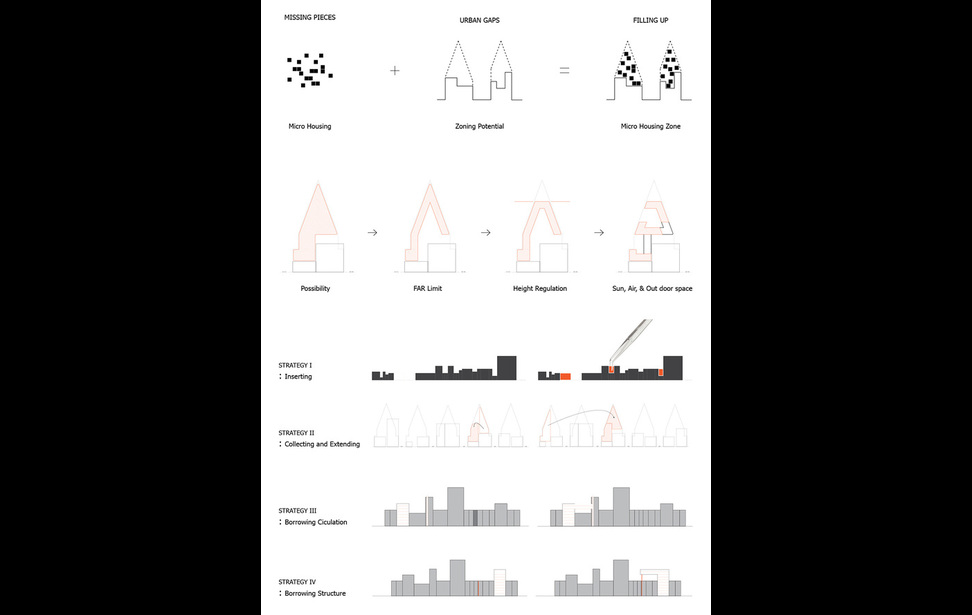 NEW YORK, NY - New York City is an exciting place to live. As they say, it's the "city that never sleeps". It's also a tough place to live, because where do you sleep? In 2012 Mayor Bloomberg announced a housing crisis for single and double occupancy living spaces. 76% of the city's 8.4 million population is composed of 1-2 person households, and the consequences of this are a high number of illegally subdivided apartments. For example, on Craigslist you can find "rooms" for rent wherein one "wall" is nothing but a stretched curtain!

If necessity is the mother of invention, architect Donghyun Kim (as seen in photo 1) believes necessity is a challenge for radical invention. In the case of New York City, the problem of insufficient housing is compounded by the fact that the city is already fully developed at the ground level. Meaning, there's no available street-level land to build on. Instead, we have a skyline (beautiful, though) of variously sized buildings, some dating back to 1700s. Mr. Kim's solution is to design micro-housing that works with existing structures by inserting, extending, borrowing, and sharing the "old" with the "new" (as seen in photos 2 and 3). Kim's adaptive living units have a collaborative or parasitic relationship to present structures, where existing supports and air circulation are borrowed or exchanged, and space can be maximized while staying within zoning regulations such as height limits and natural light requirements (as seen in photos 4-6).

The constraints within which Mr. Kim's solution needed to operate were sky exposure planes, maximum height limits, and maximum floor-area ratios (or FAR). These restrictions define the "zoning envelope". And there is a gap, Mr. Kim sees, between this envelope and New York City as it's built right now. He sees quality (and stylish) living space in areas that were formerly invisible. See for yourself in the schematics above.

The architect's micro-housing design has gained him global attention, in his own field, and among enthusiasts of advanced design, in general. He was kind enough to set aside time to answer questions I had about his work, his creative process, and his views on architecture as it's practiced today. Here he is in his own words:

thalo: Your project is enormous in complexity and scale. What was your process in working through so many creative challenges?

Donghyun Kim: Cities transform based on the growth of their population. However, when the infrastructure such as housing, transportation, water and electricity system of the city does not follow growth in population, problems arise from that point.

This project was started by recognizing the problems of current dwelling patterns in a city with high population density which is already fully developed on the ground level. The project involved research of the building codes of New York City in response to a documented need for new housing typologies in the city.

By utilizing the existing infrastructure and tweaking the current zoning envelope possibilities, this project is trying to achieve a maximum number of dwelling units with a minimum need for demolition. The project emphasizes a more financially efficient and environmentally sustainable way of creating additional dwelling units on the existing urban fabric.

th: Within your project there are several types of micro-housing solutions, not just one. It makes me think aspects of these designs could be applied to other cities. What kind of potential do you see there?

DK: Yes, that’s correct. Rather than trying to create a specific type of micro-housing design, I wanted to propose a methodology for new types of occupancy that can be customized to be inserted on top of existing urban infrastructure. With this methodology, the design approach of this project is rooted in the analysis of each zoning rules and conditions as they vary, depending on location.

Within the limits of sky exposure, set back rules and height limitation, the structure expands to utilize the existing gap in zoning envelope taking advantage of air right transfer. This would provide numerous dwelling possibilities within cities with high population density.

th: Your designs appear expressive as well as extraordinarily functional? How do you strike a balance between creative vision and meeting practical needs?

DK: I tried to distinguish myself by consistently pursuing conceptual designs with practical functionalities. Instead of having projects that are either highly conceptual or highly practical, I strove to achieve both. I took into consideration a wide range of issues from human to urban scale in the process of design development. I find analytical and strong research skills are also critical to support logical design processes to generate an aggressive design proposal.

th: You are familiar with international architecture. Do you see any trends happening right now?

DK: I recognize more emphasis on the existing context in urban planning/design as well as in architecture in terms of the relationship among cities, with landscape, people and infrastructure. Sustainability is another critical component in the design field today. Green building and renewable energy is helping professionals in various fields reconsider design values in the current market. Lastly, Building Information Modeling (BIM) is also generating new standards for efficient design process in collaboration with consultants.

th: Many of our readers are architecture students. What kind of advice would you give them in developing their ideas and in starting their careers?

DK: I would like to recommend listening to others in order to expose themselves to different design values. As a designer, I believe this process will help find one’s own way of developing an idea or design without hesitation and not being afraid of failing or being criticized by others. I think that taking a risk is a very healthy way of exploring oneself. I hope young designers take bold steps within their design development process.

In starting their careers, I would like to say that being an architect is primarily about learning each and every aspect of a building throughout one’s career. One’s passion towards his/her vision for a long term goal as a professional would have a much stronger impact on the fame or scale of the firm where one works at.

th: Thalo is all about being inspired. What keeps you inspired?

DK: I think my inspiration originates from my genuine interests and curiosity about small things around me on a daily basis. The source of inspiration exists everywhere everyday. An innovative paper bag design, a short commercial film, interesting trash bin, new texture pattern of clothing, new type of fusion foods, and so on. For me, inspiration is typically something small and quiet but strong and appreciative.