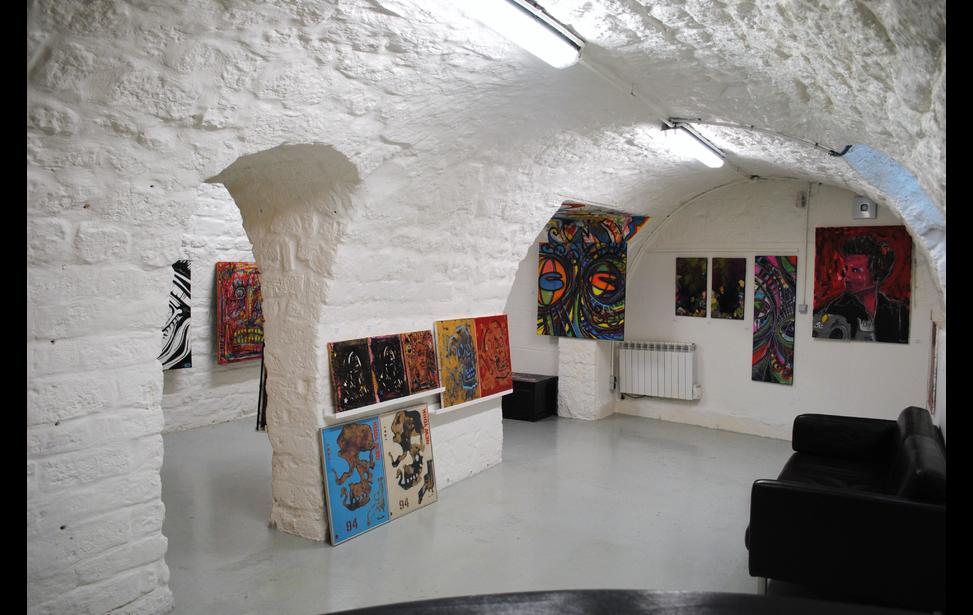 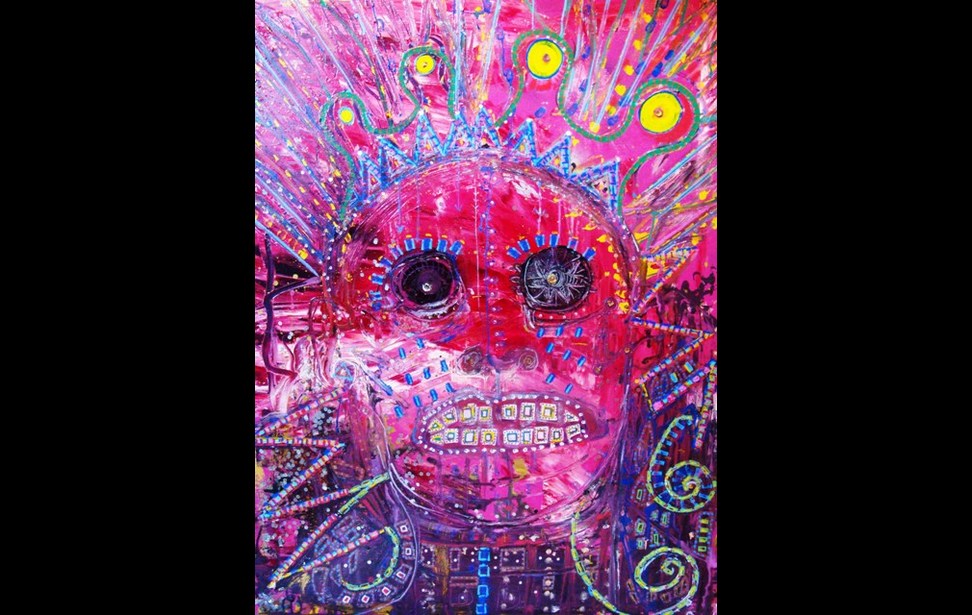 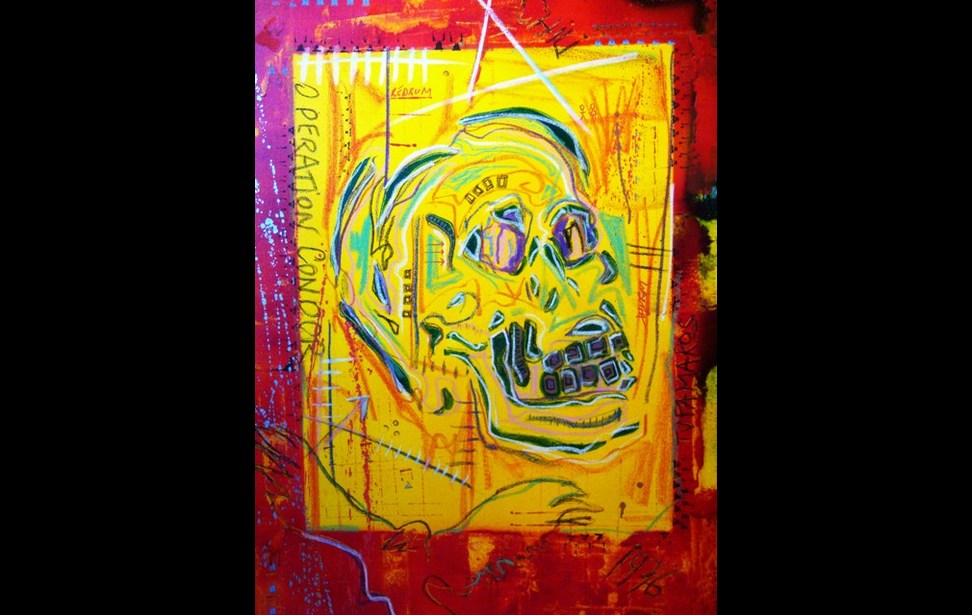 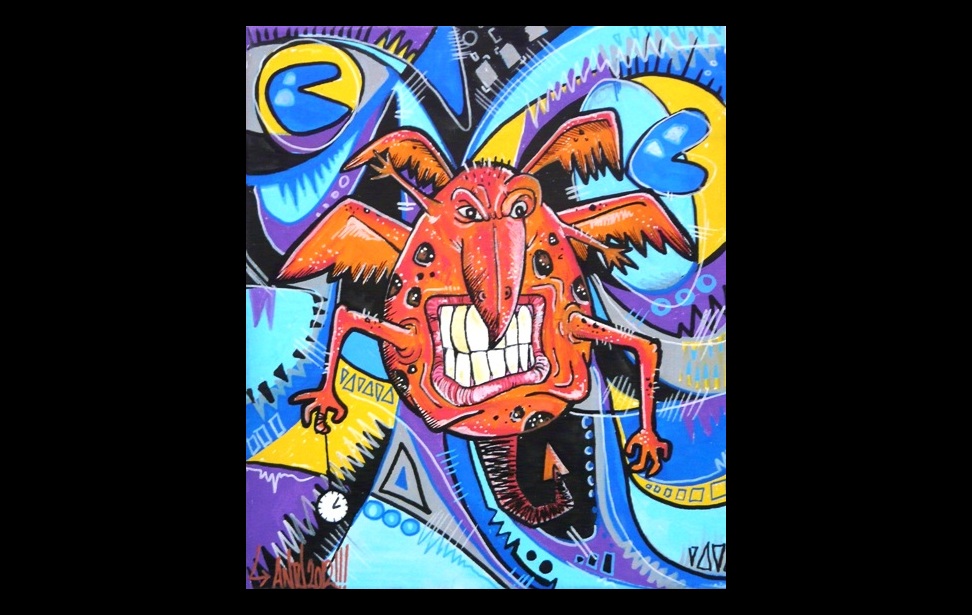 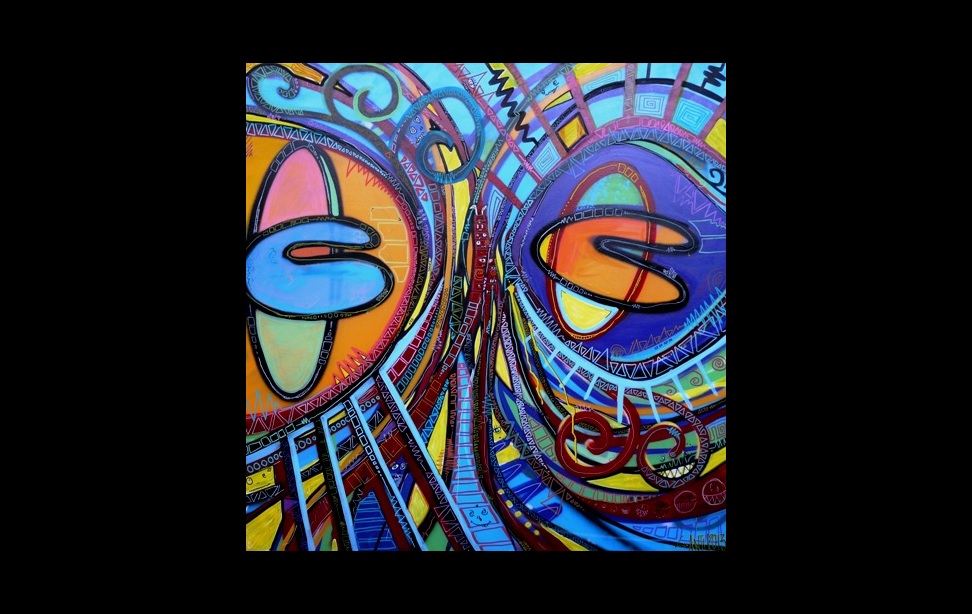 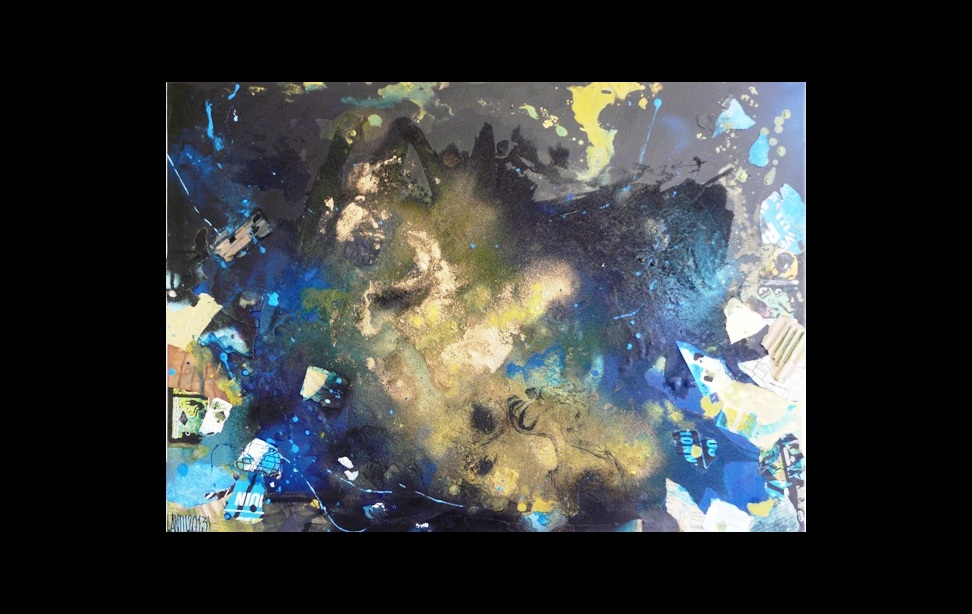 PARIS, FRANCE -- Le Pari(s) Urbain Gallery in Paris (as seen in photo 1), which opened recently is one of a few private art galleries dedicated entirely to Urban Art. The co-founders of the Gallery, Edna Mensah and Samia Eddequiouaq, both passionate about Urban Art opened the Gallery in June 2013. The Gallery will not only run exhibitions but also create a new dynamic in Urban Art by having space dedicated to pieces which have been commissioned by collectors of Urban Art. One of the major objectives of the gallery is to guide Urban Art lovers in the construction of their own private urban art collection.

The Gallery’s autumnal inaugural exhibition entitled, ‘L’Art and Matière-’ opened on the 31st October. The exhibition explores the respective artistic universes of the French Actor and Urban Artist Francis Renaud, (as seen in  photos 2 - 3) and the Street Artist ANTU (as seen in  photos 4 - 6). Francis Renaud has starred in a number of iconic French films such as, ‘Pigalle,’ by Karim Dridi and, ‘Scorpion,’ by Julien Seri. He is also the ‘fetish’ actor of the French film director, Oliver Marchal. The main theme in the work shown in this exhibition by Francis Renaud is variations on the ‘Skull-’ created using stencils, spray cans and other tools of Urban Art.   He has said of his work, ‘ More often than not I paint between two film shootings, my inspiration, depends on my mood………….I paint according to how I feel, since my childhood, I have painted.’

Francis’ Renaud’s partner in the exhibition is ANTU who has been bathed in Graffiti since his youth. Today, he still dresses the walls of Paris with his vibrant Graffiti and tags. The exhibition shows not only his Graffiti but also his colorful collages fabricated from newspapers, sand, acrylic, and felt markers. ANTU was also the winner of the first prize 2013 Spray Cans Award at the, ‘Art in the Street,’ Festival in Luxeuil-les Bains, France.

thalo also interviewed the dynamic co-founders of the Gallery;

thalo: Edna and Samia, what was your inspiration behind, the LePari(s) Urban Gallery?

Edna Mensah: Our main inspiration for the Gallery was our passion and love of Urban Art in all its forms, and in particular its vibrancy.

Samia Eddequiouaq: I grew up in an environment where Graffiti was prevalent. Also the fact that my brother and a number of his friends expressed themselves through Graffiti meant that I was brought up with it as part of my nature.

th: What are some of your major aspirations for the Gallery.

SE: We would like to make street art accessible to everyone, as well using the Gallery as a catalyst for the discovery of new talent.  Our Urban art personalisation service which enables urban art lovers to build up their own collections is an important part of the concept of our gallery. It will also allow people to take away a little part of the artist with them.

EM: As well as duo exhibitions and those just dedicated to one artist we will also be holding larger collective exhibitions, where different artists will be added throughout the period of the exhibition. This will also allow a certain fluidity and movement to be created.

th: Who are your favourite Urban Artists;

EM: Of course there are many, but one of my favourites is Speedy Graphito

SE: I particularly like the female Urban Artists, I have the impression that they often bring some softness into a form of art which can be seen as quite brute.

th: What upcoming exhibitions are there in your gallery.

EM: In the beginning of 2014, there will be an exhibition of work by Swit Lightgraff

SE: Starting on the 21st January  there will be a collective exhibition by a number of Urban Artists based on the theme of Love in Urban Art and represented by the photographer Karine Paoli, with her ‘Hug me’ concept.

th: The British Street Artist, Bansky, recently caused a sensation with his recent trip to New York, and his interview with the Village Voice, in which he spoke out against the commercialisation of Urban Art. Do you think that art which is created in a studio can be defined be property defined as Urban Art?

EM: I think that any art which is inspired by the Urban environment, or which uses materials or tools which have been traditionally been used by Urban artists can be defined as Urban Art

SE: I agree wholeheartedly with Edna, I don’t think that we should be limited by narrow definitions of what Urban Art is. However, of course there are some street artists who are ‘Purists’ in very sense of the word.  They do not want to exhibitit in galleries but only on the street, and we also have to respect their point of view.

th: Where do you see your Gallery five years from here

SE: Perhaps another Gallery in Berlin, London, New York, that would be wonderful, these are the cities where Urban Art is also living and breathing !