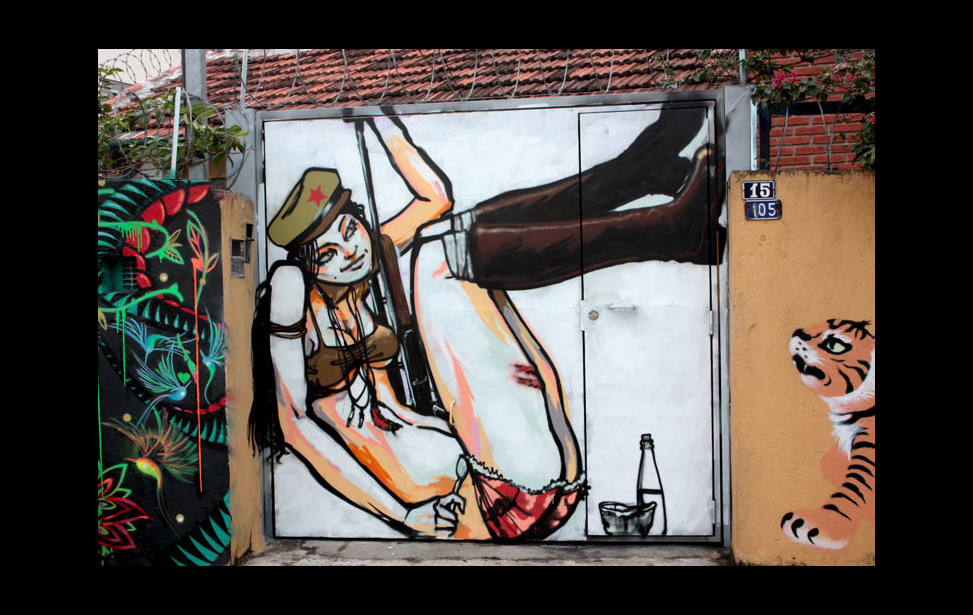 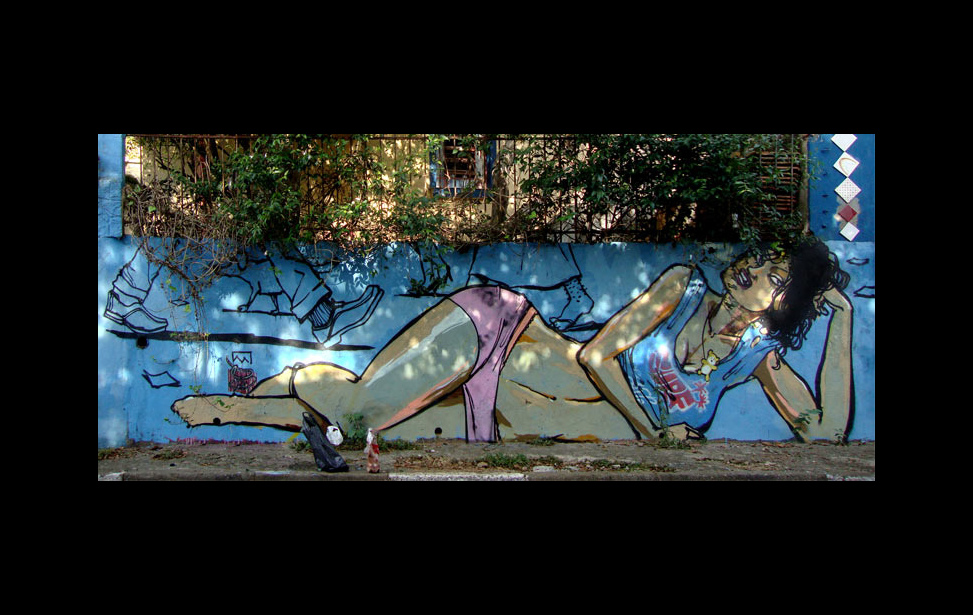 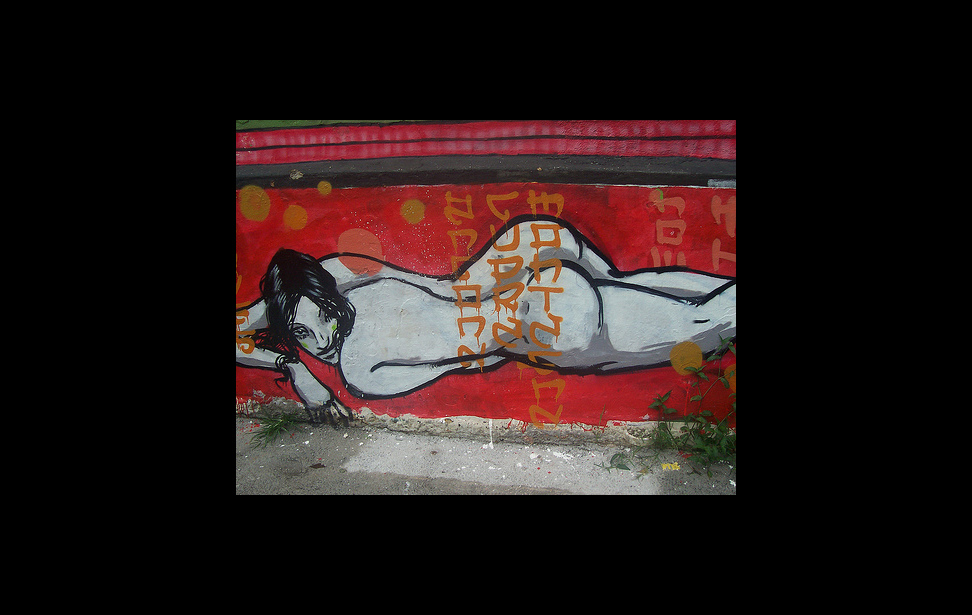 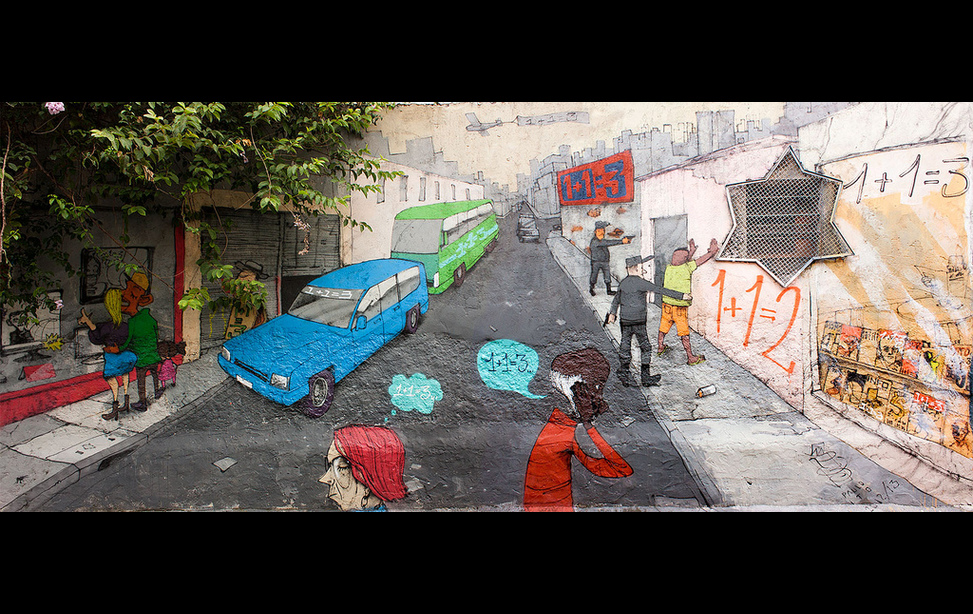 SÃO PAULO, BRAZIL – Ever since the mid-1980s, when a group of artists including local graffiti artists and the American transplant John Howard (a very influential person in the Brazilian street art scene) overtook a particularly rundown walkway in the Vila Madalena neighborhood, the Beco do Batman (‘Batman’s Alley’) walkway has been an unofficial walking open-air gallery. Artists continually return to the space to paint, and tourists flock there to see the latest innovative works adorning the concrete walls snaking alongside the back of homes. While São Paulo’s temperate climate and relaxed legal stance towards graffiti have helped made the space only one of many popular spots, the alley that got its name from a large mural of the masked Gotham hero is still one of the most important hotspots for this city—and indeed, the nation’s—street art community.

We caught up with paulista graffiti artist Paulo Ito (work shown in photos 1 - 4), who has shown in Beco do Batman many times, and asked him about the significance of the space.

thalo: What does Beco do Batman mean to you and other São Paulo artists?

Paulo Ito: For me it's a place that has a story, so it's nice to have one of my paintings there. At the same time, the place contains works geared towards more urban artistic expression, and its since become the face of Vila Madalena. So we artists also take advantage of the place for its great visibility.

th: What can you tell us about the artworks that you’ve created there?

PI: There I painted this work that questions the current society consensus that relegates everything outside of the norm as an anomaly. I made other panels with ​​critical content under the pseudonym Pulão 13. One criticized the artistic value of the work of [famous Brazilian commercial painter] Romero Brito, another spoke about the subversive potential of graffiti or street art, others questioned the idea of progress at the cost of overriding human values​​.

I also did some works on the theme of women, which I developed until the beginning of last year. One was of a homeless woman, but due to a disagreement with a friend, the piece didn't last more than a week; and the other was a guerrilla fighter, that didn't please the advertising agency that owned the wall. At that time--coincidentally--that agency created the graphic material with images of paintings by Romero Brito.

th: Do you have any criticism about how way Beco do Batman functions?

PI: I think art that is practiced there has to be careful to not look too pretty. The space has room for everything, but to question the works purely on aesthetics doesn’t seem very relevant considering the freedom that graffiti provides.

th: Does the space inspire a certain kind of style to the graffiti created there? Or do you think that most artists work without being too concerned about the place itself?

PI: Yes, the “Vila” has always been more artistic. It’s always been a bohemian neighborhood, so you won’t see much graffiti in the hip hop style, but something more aesthetic that sometimes flirts with fine arts or with a touch of something particularly Brazilian in its originality.

th: What’s the best thing about visiting the Beco do Batman for artists and art lovers?

PI: I think it really has works with their own very particular style that you just won’t see in other parts of the city—it’s even more artistic. Maybe that's why it’s become a kind of postcard for the city

Photos 1 - 4 courtesy of the Paulo Ito