iROZEALb Remixes the Remixes and Laughs at Conventions 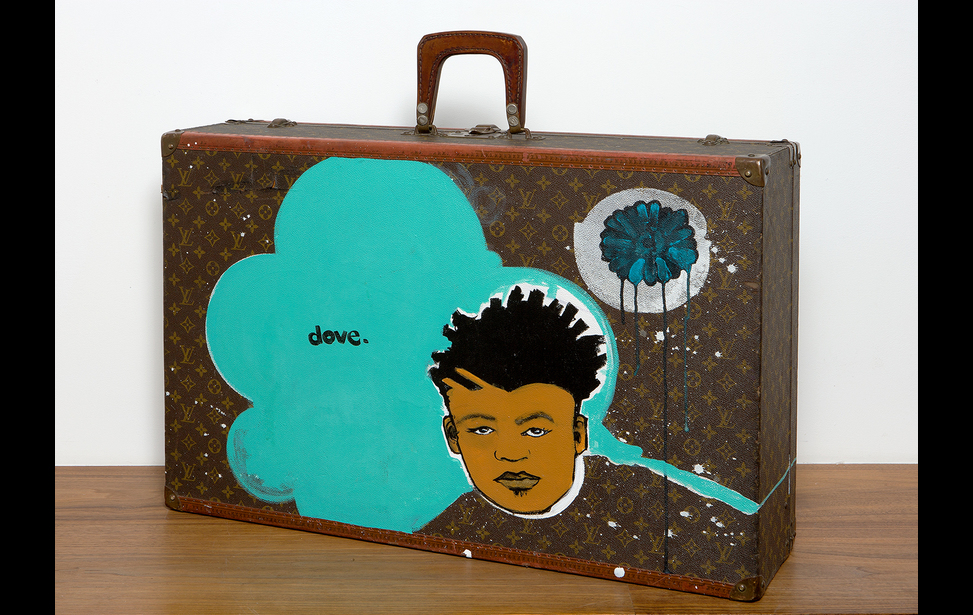 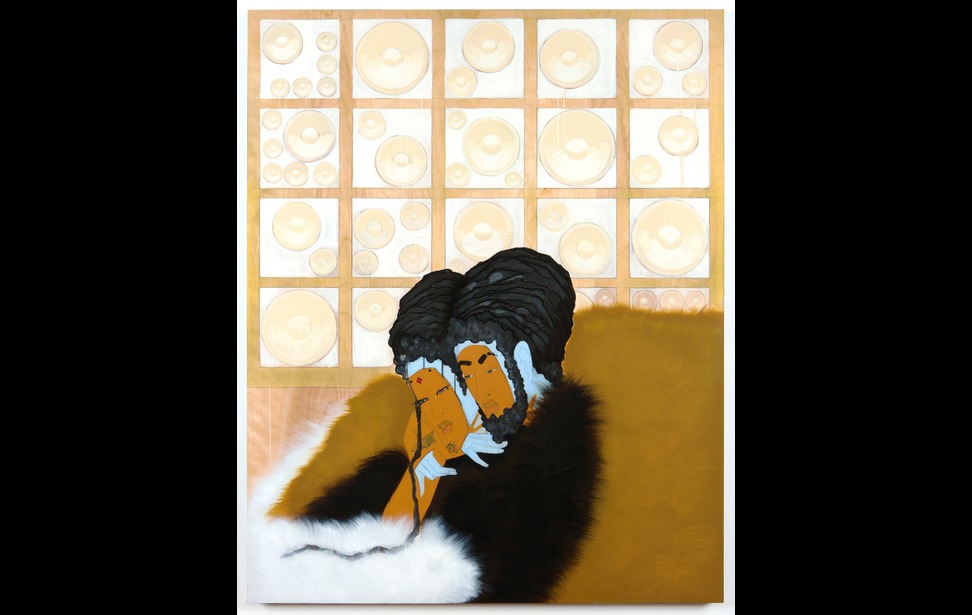 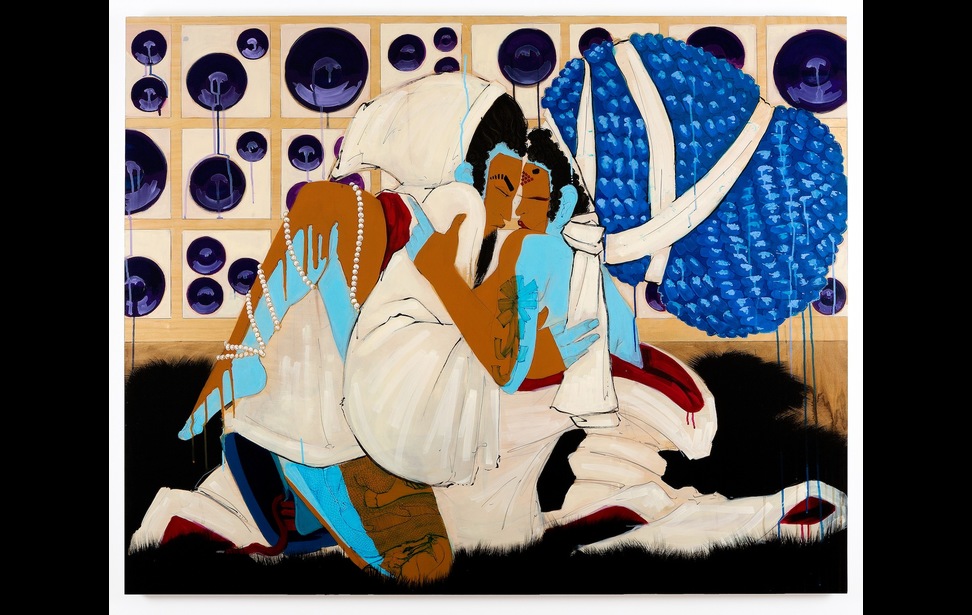 With a strong mix of Asian, African-American and commerce-based artistic influences, artist iROZEALb (aka Iona Rozeal Brown) shows how inspiration can come from many places and manifest in many ways.

The artist who now goes by the name of iROZEALb comes form a unique place in her art: it combines hip-hop styling with Japanese ukiyo-e prints from centuries earlier and often arrives at unexpected canvases like the side of high-end fashion purses and wood slabs (as seen in photos 1 - 3). Often, she intermixes the Asian art of print screens but features African-Americans in the traditional Japanese poses. Other times she’ll make a commentary on commerce by dabbling in street art, while in other guises, she is a DJ, and has even taken the remixing concept and put it towards her own art, making self-referential pieces that revisit her previous original themes.

thalo: I've read that you've placed haikus on the back of your paintings. Why on the back?

th: Your use of different surfaces (bare wood, Louis Vuitton suitcase, gold paper) seems to walk the line between ornamental arts and graffiti. How do you go about choosing your "canvases"?

iRb: First, there’s the strong attraction-me drawn to the object (wooden panel, paper, sneakers, suitcases, clothes mirrors, found objects…whatever). Once that’s established, I just try to relate to the object and start a conversation.  I just try to coexist with it…hopefully, I nice it up, like peanuts in chocolate.

I have a lot of respect for graffiti. If ART is my Family, graffiti is one of my many elder brothers. I always tried to tag along, like I imagine a little sister would do to her big brother.

th: I've never heard your DJ work, so I'm wondering if you can explain how the idea of remixing in your music applies to your art pieces. Do you actually break apart and rework the elements of many of your
paintings, the way someone might dissect and re-structure the individual tracks of a remix?

iRb: I make it a point to readdress as many of my works as possible, at least 2 times. Currently I am on my 2nd and 4th versions of older works and the 3rd version of a recent work- the dub remix (extended version) of the first take.  I got the inspiration for this process during a graduate school field trip to see Van Gogh’s various portrayals of Joseph Roulin, The Postman. Sometimes, one take is enough, though.

th: Clearly, you're dealing with some broad and weighty ideas about culture and commerce, but I can't help but note that there's a sense of humor about it. For instance, I cracked up at My Other Puma is a
Lion. How do you balance the seriousness with the comedic aspects of your work?

iRb: Ha! I’m glad you liked that one! I grew up listening to Pryor, Foxx, and Carlin, while simultaneously really enjoying my parents’ sense of humor. Both educators, they were super quick witted; like Claire and Cliff Huxtable [from The Cosby Show]. Richard Pryor is my favorite comedian of all time. The way he spoke on important issues, personal issues, presenting them to audiences wrapped in a gift box of hilarious, wrapped with a bow, that you tear open to get a glimpse at the source of the joke, which was often pain and injustice. Like an onion that has so many layers; each time I revisit a joke, i grasp a deeper meaning and connection to it.  It’s such a gift, humor, like the sugar that makes the medicine go down, but more.

th: Lastly, there are some titles more accessible to the viewer than others, but can you talk about how you go about choosing some of your less obvious titles, specifically some of the hip-hop references or
numbered pieces?

iRb: When I paint, a lot of what is around me makes it in to the work, in some manner. Lyrics that stand out and may make it into the title of a painting, or may manifest as an image to be included in the work. I juggle everything until I get to the end. Anything residual is somehow reassigned.