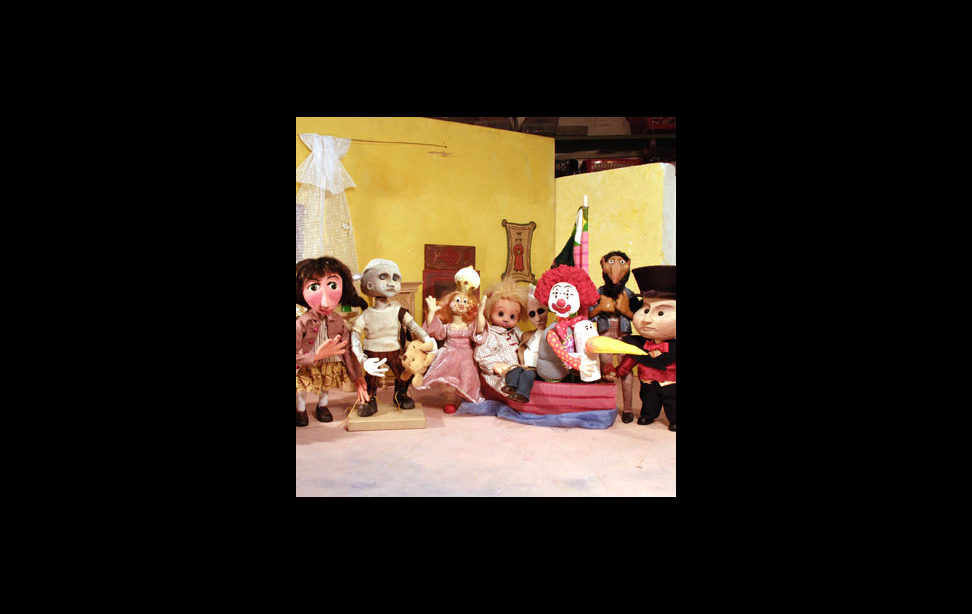 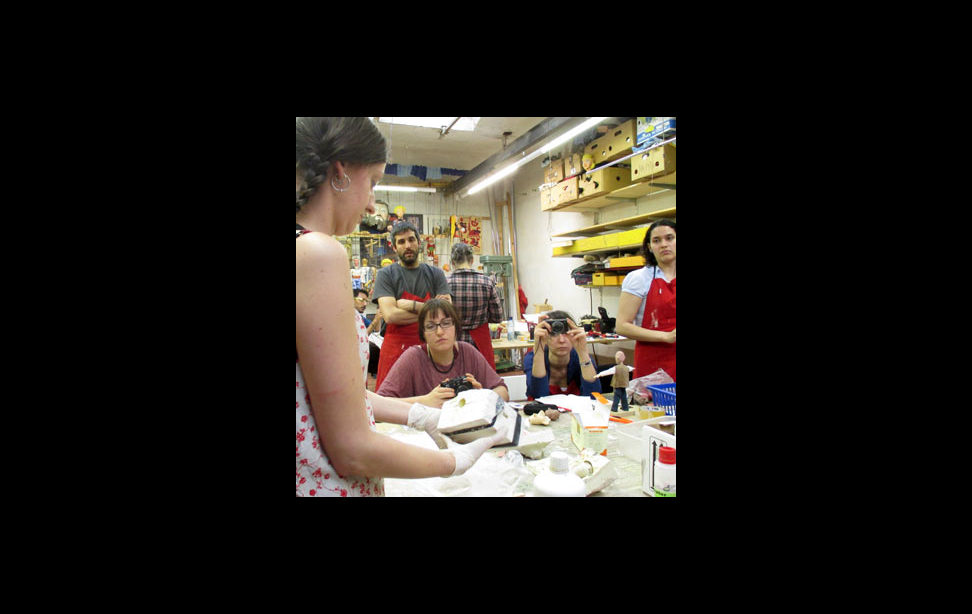 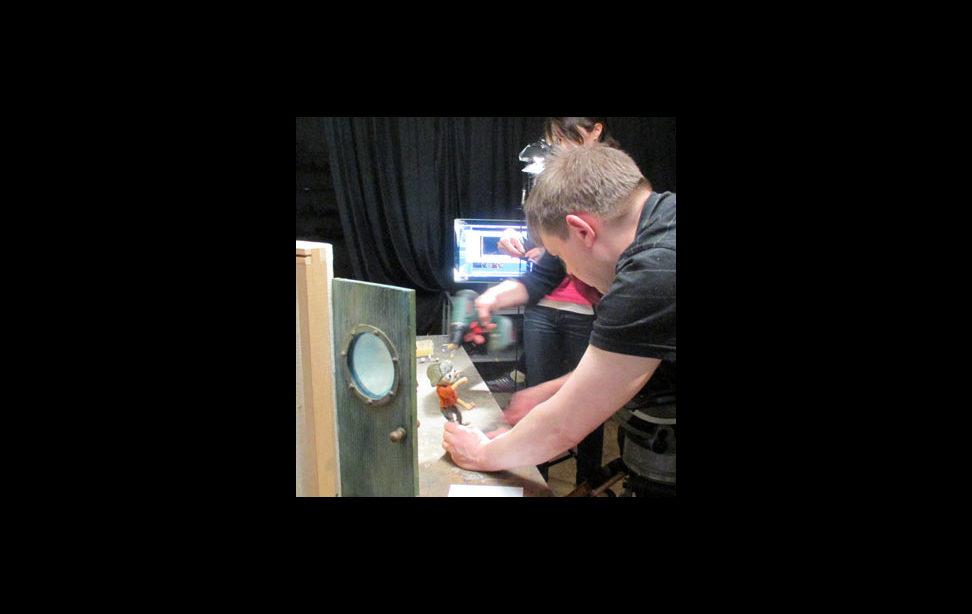 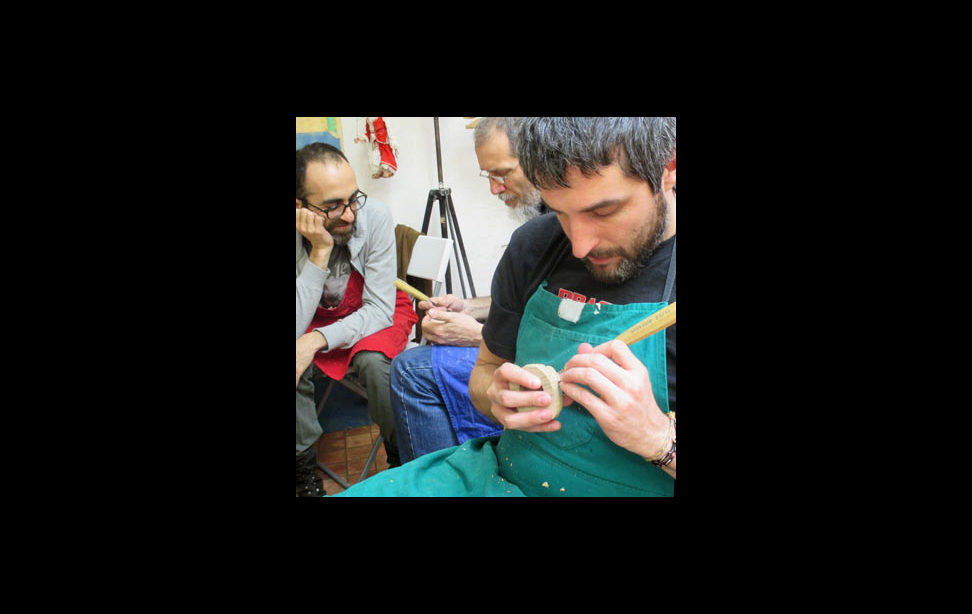 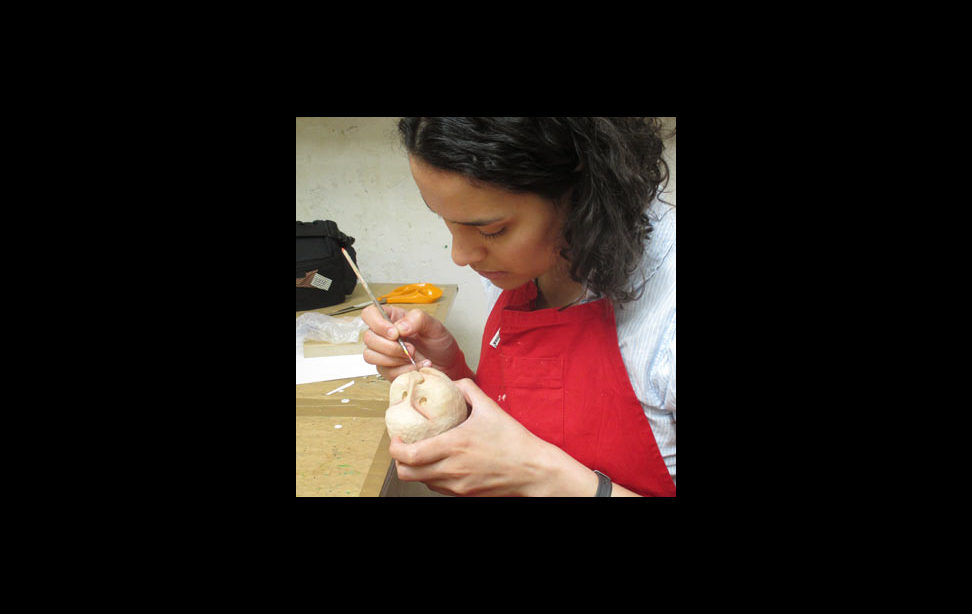 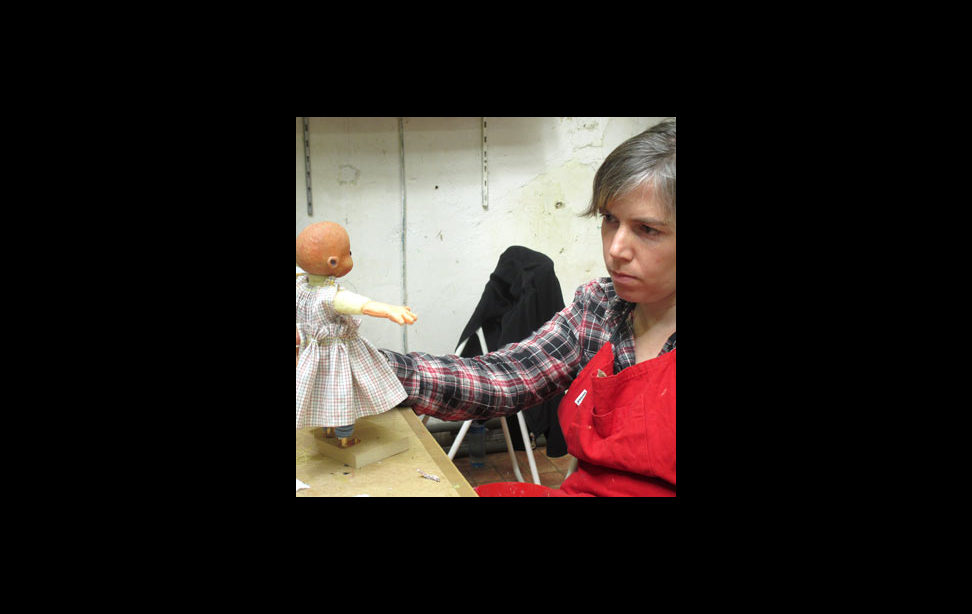 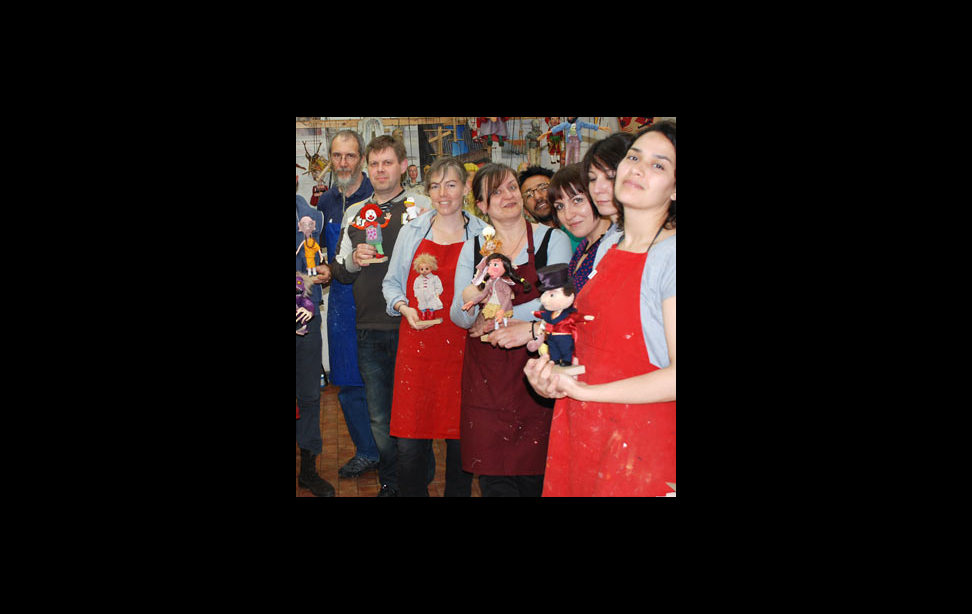 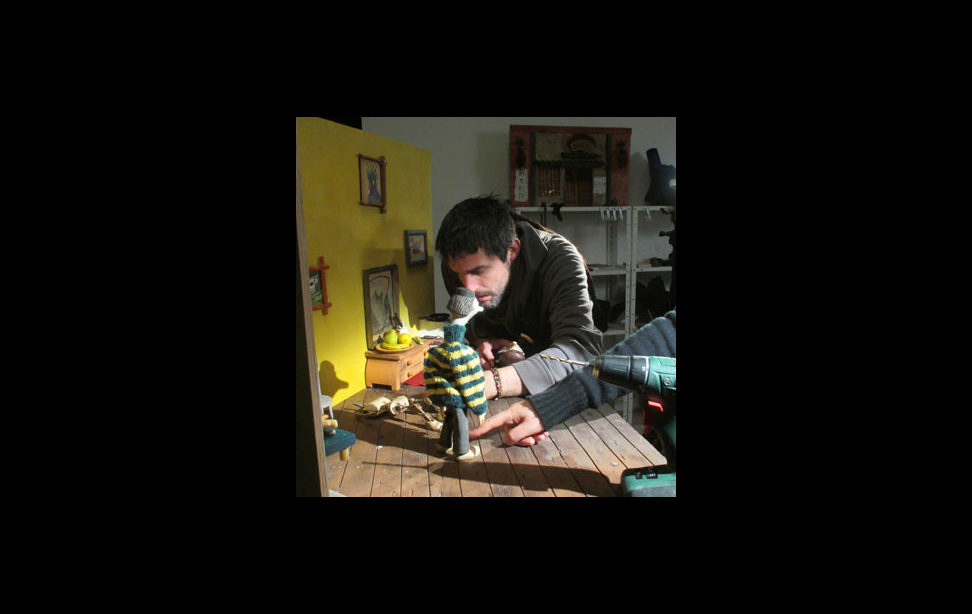 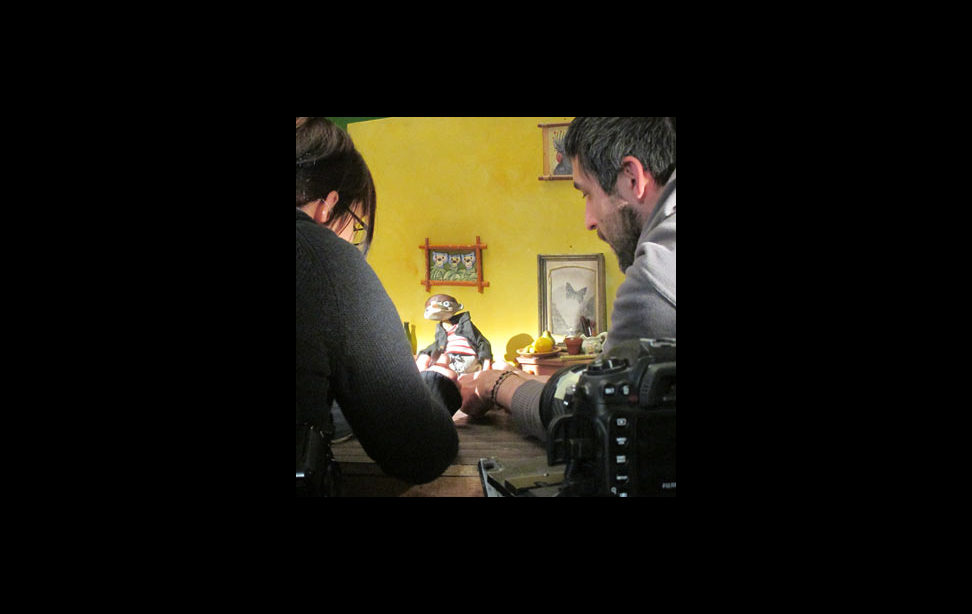 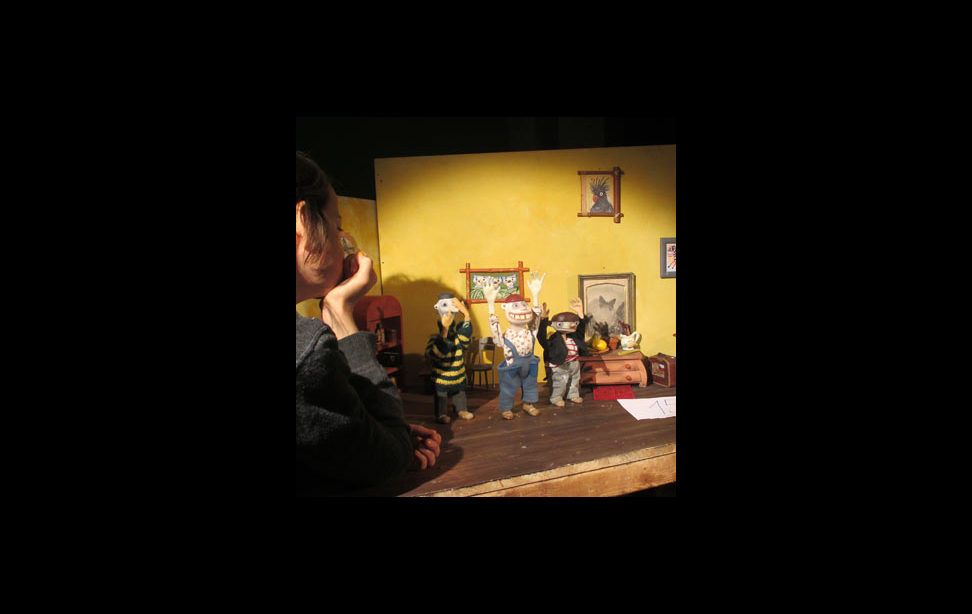 PRAGUE, CZECH REPUBLIC - In his studio, located ten minutes from downtown Prague, veteran puppeteer Mirek Trejtnar teaches students, from all around the world, his craft.

Trejtnar, whose puppets have been displayed at the UNIMA 2000 World Festival, has worked with the Forman brothers and for the renowned  Jiří Trnka Short Film animation studios in Prague. Many erstwhile members of that prize winning team now teach in his two week stop motion class.

In the class (as seen in photos 1 - 10),  students learn all the skills they need to make their own animated film, using techniques developed in the 1950s by the legendary film animator Jiri Trnka, also known as “the Walt Disney of Eastern Europe.

These were later adopted by Tim Burton and Ardmann studios (Wallace and Grommit), among others.

Students learn to construct a brass armature, mold foam rubber bodies and carve wooden heads, cast latex hands. Then, in a professional studio they learn screenplay writing, animation, lighting and editing techniques. The result, a short film made by the class, is posted on YouTube.

In another course, students learn to carve wooden marionettes – a performance art which, Trejtnar says, has no limits.

thalo had a chance to sit down with Mirek Trejtnar and get a few more details about his course.

thalo: How is stop motion better than computer animation?

Mirek Trejtnar: Computer animators sit around clicking their mice, not creating anything but a computer image. They get bored. They want something they can touch. They have no creative control. They can spend two years animating three hairs on a fox, but they can’t make that fox faster or slower, smart or stupid.

MT: It’s more accessible. You don’t need 120 people sitting in front of computers. All you need is a studio, a budget and five or six people.

th: What about the marionette workshop?

MT: This art is disappearing. Our teachers have been making marionettes all their lives and now they want to pass that knowledge on.

th: How much can they teach students in two weeks?

MT: It’s an intensive course. What we pound into their heads here would take six months at school. They leave tired but full of information.

th: What makes a good puppet?

MT: Fantasy. You can make a puppet out of anything: dishes, trash, plastic drink bottles. The point is to bring it to life and use it to convey a message – to make that plastic bottle say something just as well as a human actor could, or better. A puppet’s tiny gesture can express more emotion than that actor jumping around onstage.

th: So reality doesn’t have anything to do with it?

MT: Puppet-theater doesn’t have to copy reality. An actor can’t fly, or break into parts, or have three identical versions of himself walk onstage. He can’t bleed, he can’t have something jump out of his stomach. A puppet can.

All photos courtesy of Mirek Trejtnar