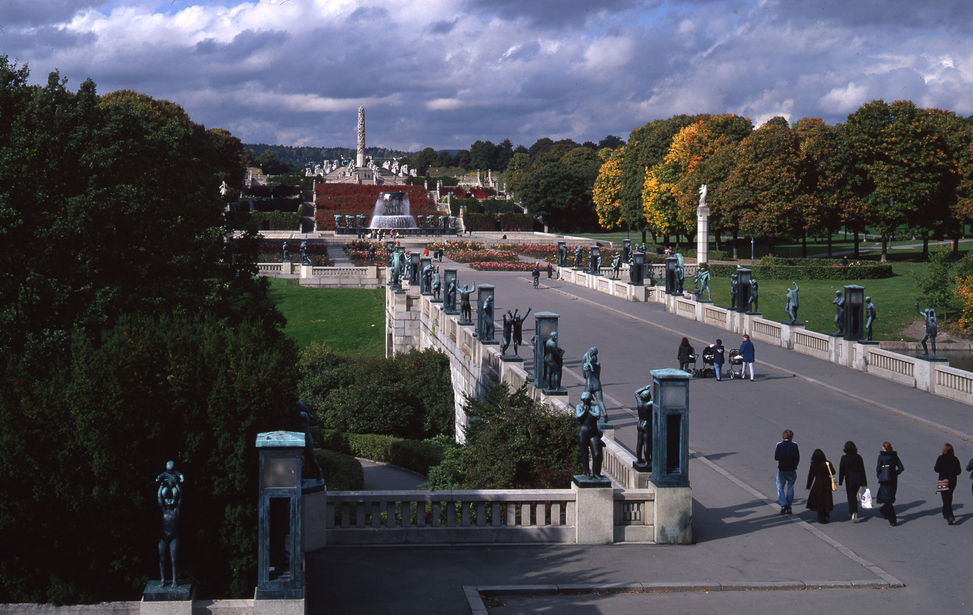 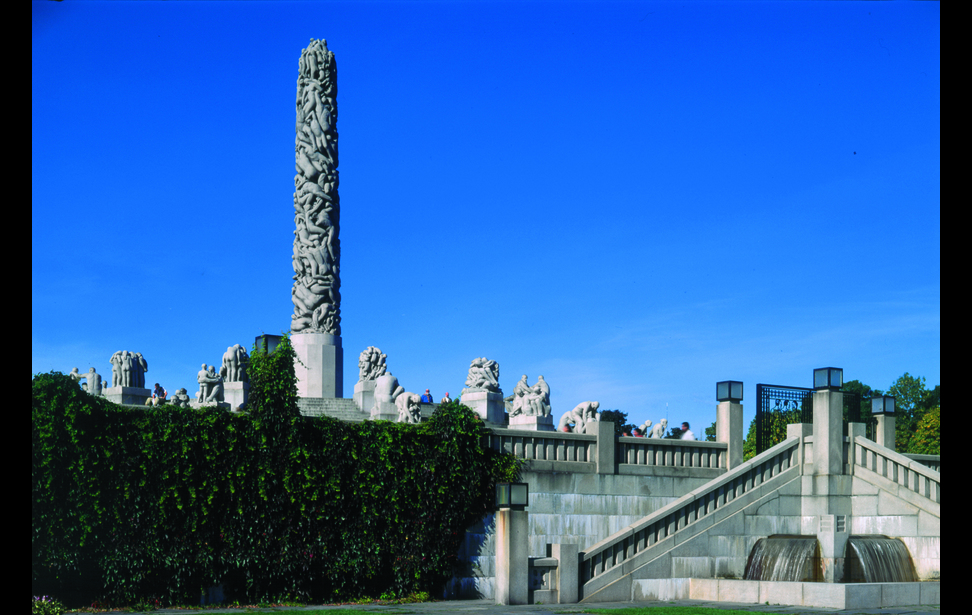 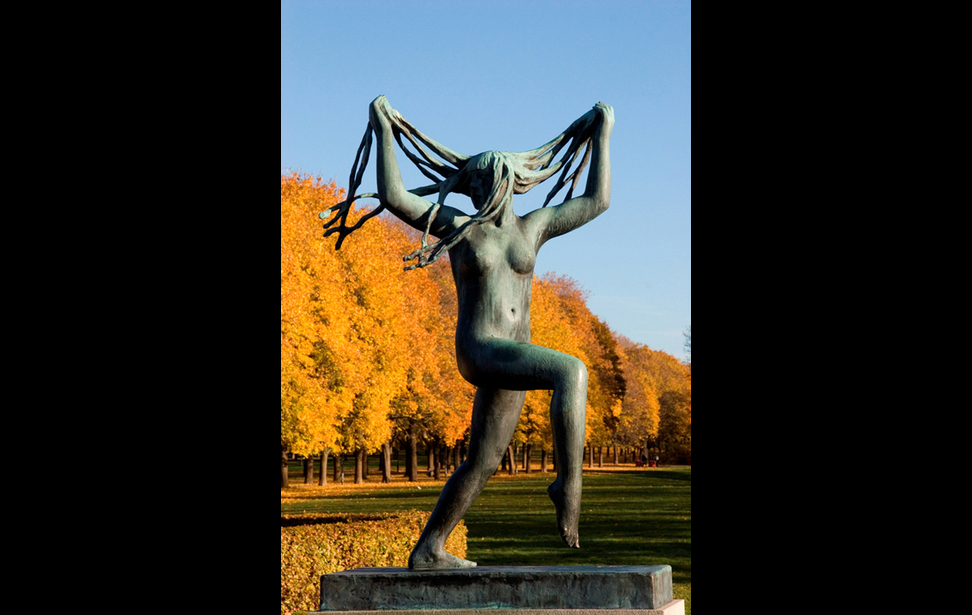 OSLO, NORWAY - There is no doubt that two of the greatest artists to come out of Norway are Edvard Munch and Gustave Vigeland. Edvard Munch is of course known for his striking and often emotive paintings, and in particular, The Scream. Gustave Vigeland, for his sculptures, and for having transformed Frogner Park in Oslo into one of the largest Sculpture Parks in the world, The Vigeland Sculpture Arrangement, which makes up part of Frogner Park, (as seen in photo 1).

Although Edvard Munch and Gustave Vigeland were initially friends joined by their passion for art, and shared living space together whilst they were both in Paris, an argument over a women turned them into enemies for life! The fact that they were both dedicated to their respect arts is not the only thing that united them, but also the fact that they both left a large body of their work to the Nation of Norway. Gustave Vigeland came from a family of artists and craftsmen. His father was a cabinet maker and his brother Emanuel Vigeland, was to become a well known painter. Emanuel was never as well known as his brother Gustave but there is however a museum dedicated to his works in Oslo. Gustave initially trained as a woods craftsman, but it was his passion for sculpture that lead him to train under the Norwegian sculptor Brunjulf Bergslien, who was to become his first mentor. Vigeland’s first work was Hagar and Ishmael. He travelled widely between 1881 and 1886, and spent time in Copenhagen, Florence and Paris. He had immense admiration for the sculptor August Rodin and spent time in his studio. It was during these years, no doubt nourished by his travels and the other artists that he met, that he was to’find,’ what was to be one of the major themes in his work, the female, male relationship. In Italy his interest in Renaissance art was also sparked. Gustave Vigeland subsequently worked on the restoration of the Nidaros Cathedral in Trondheim, which gave him an interest in medieval art and it was it here that he was to be inspired by the symbol of the Dragon which became another theme in his work. The City of Oslo gave him a studio to work,and live in. When this was demolished he was subsequently given a space at Nobels Gate, Oslo in the vicinity of Frogner Park. In exchange he agreed to donate all of his subsequent sculptures to the city of Oslo. The result was the Vigeland Sculpture Arrangement which is made up of 212 granite and bronze sculptures. One of the most striking is the Monolith (as seen in photo 2). The Monolith is at the highest point of the park, on the Monolith plateau, and circular stairs rise towards the plateau. It was created from one granite block and is a symbol of eternity, representing man’s desire to come closer to the divine.

Also striking is the sculpture entitled, ‘ Wheel of Life,’which is a garland of four men and women and a baby holding onto each other, and as the name of the sculpture would suggest it represents our journey on this earth. Other sculptures include, the, ‘Dancing Young Woman,’ (as seen in photo 3).

A walk through the Vigeland Sculpture Arrangement allows us to experience all human emotions that at one time or another the majority of us experience in our lives, joy, happiness, despair. Even those who are ambivalent about the art of sculpture cannot remain untouched after a visit to this magnificent sculpture park.