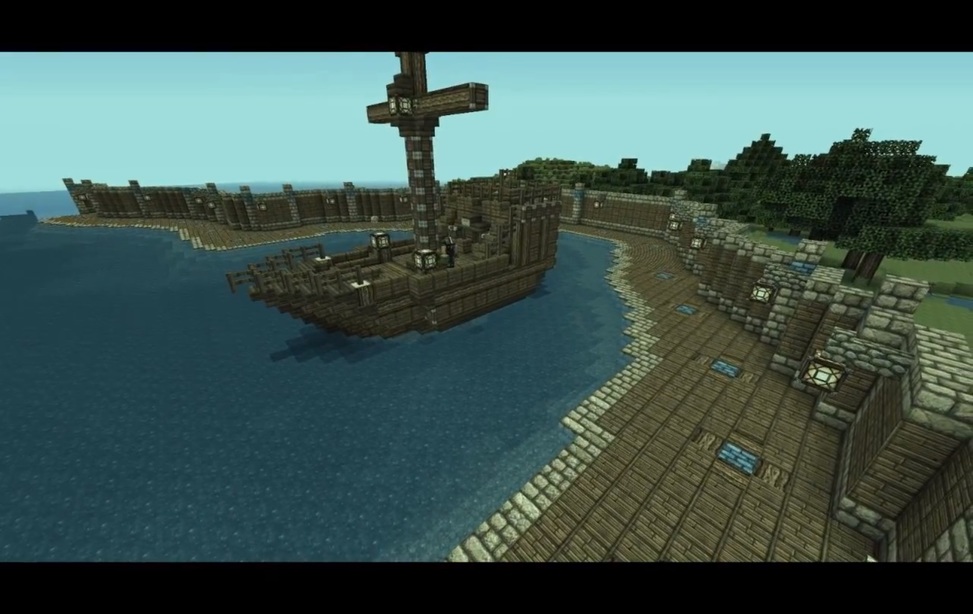 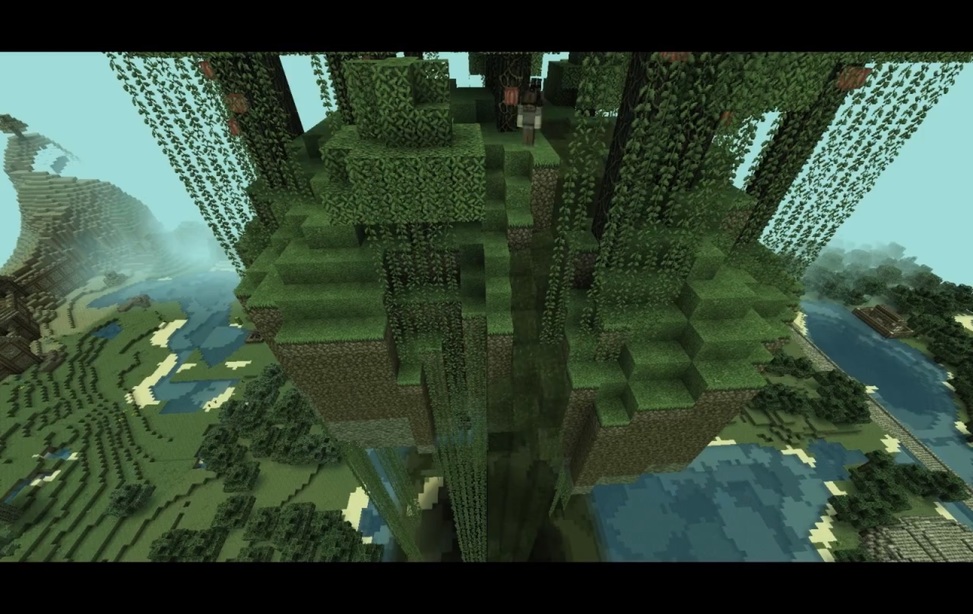 I remember being a kid sitting cross-legged on the floor of my room staring at a recently unpacked box of Legos and wondering to myself "what will I create today?" Somewhere along the way that kid turned into an adult and packed his legos away in exchange for the seriousness of adulthood and the perks of responsibility that come with it. Now as a contributing member of society I often look back to those simpler times of creativity and creation and wonder if today's generation is missing similar exposure to a positive outlet for such energies. It was with this topic in mind that I stumbled upon Minecraft, today's generation's answer to the Lego.

Created by Swedish programmer Markus "Notch" Persson, with a soundtrack by German composer Daniel Rosenfeld, Minecraft is an open world game with no defined "goal" for a player to accomplish. The core concept is simple, a player is placed in randomly generated map (no two are exactly the same) made of various resources and landscapes. These landscapes are made up of a variety of trees, rocks and other harvestable materials. A player can break down and process most objects in the world into movable and playable blocks. The game also has a day and night cycle which lasts 20 real world minutes. During the day friendly animals and NPCs roam the land and during the night aggressive mobs come out to play. Minecraft can be played either single-player offline, on private hosted closed-serves, or on public domains. There's no winning, no losing, just creating and sharing with friends.

Here is where it gets interesting. Players noticed quite quickly that they could build whatever they wanted using these blocks (as seen in photos 1 – 2), and they did. At first it was simplistic shapes and objects but it quickly evolved into more complex structures. People began to craft copies of real buildings like the Eiffel tower and Sistine Chapel, and from there imaginations were unleashed as people began to create structures and objects from their favorite books and movies like Star Trek's iconic USS Enterprise and the school from the Harry Potter series, Hogwarts.

There is also an in depth wires and mechanics system which allows people to create interactive or self running machinery within the game. People have used these functions to create automated doors, roller coaster rides and entire maps filled with trap doors and mazes for their friends to figure out.

The maps aren't the only customizable feature of the game. Player avatars ranging from Spiderman and Superman to Gangnam Style's Psy have started popping up everywhere.

The game currently has over 16 million players, several dedicated youtube channels, and its own convention, Minecon. Minecraft is available on PC, MAC, Xbox 360, and most cellphone operating systems. Even Lego released a Minecraft based set on June 6, 2012.So if you're looking for a way to connect with a child or just trying to reconnect with your own inner child, give the creative world of Minecraft a try.

All photos are courtesy of Michael Hirth.