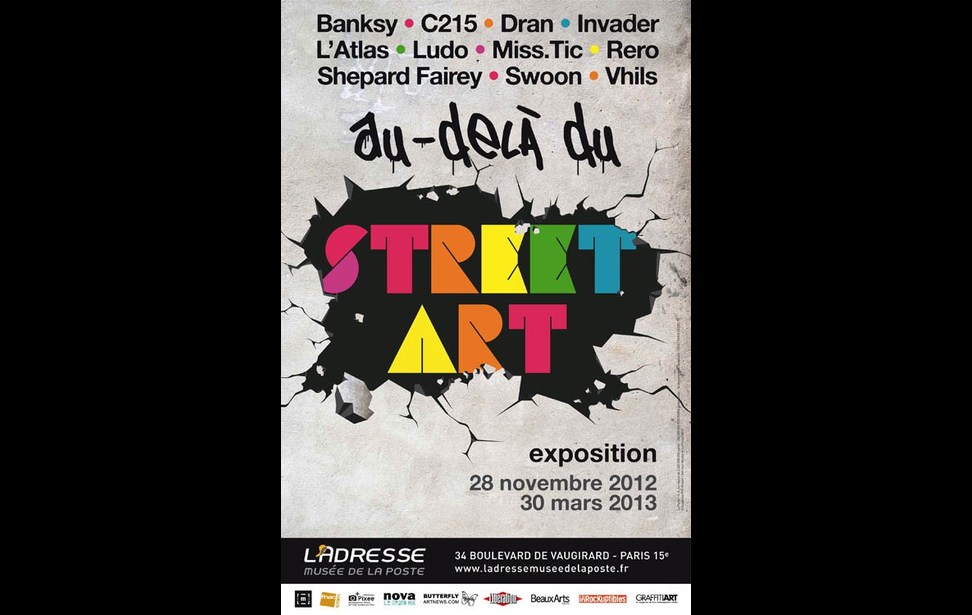 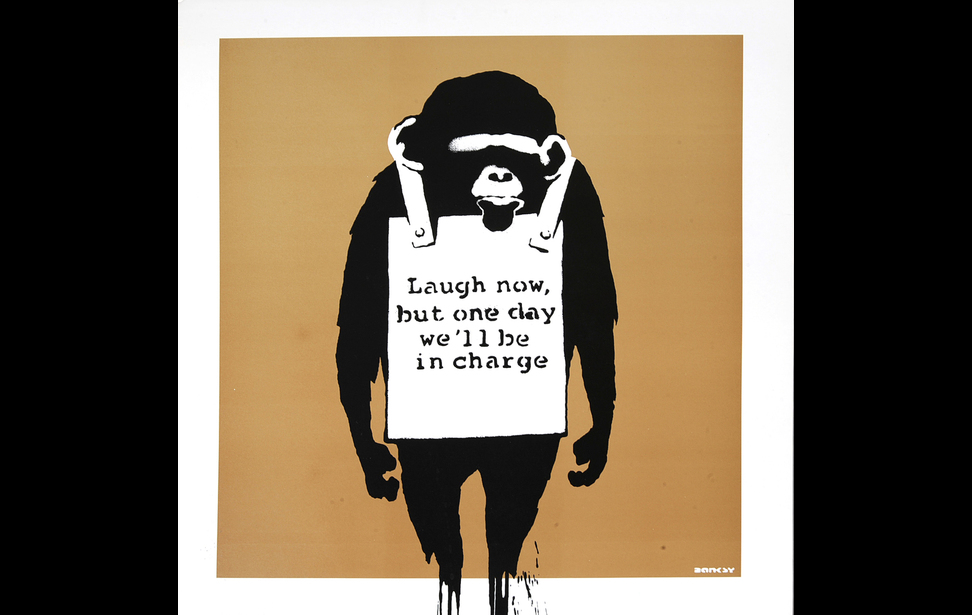 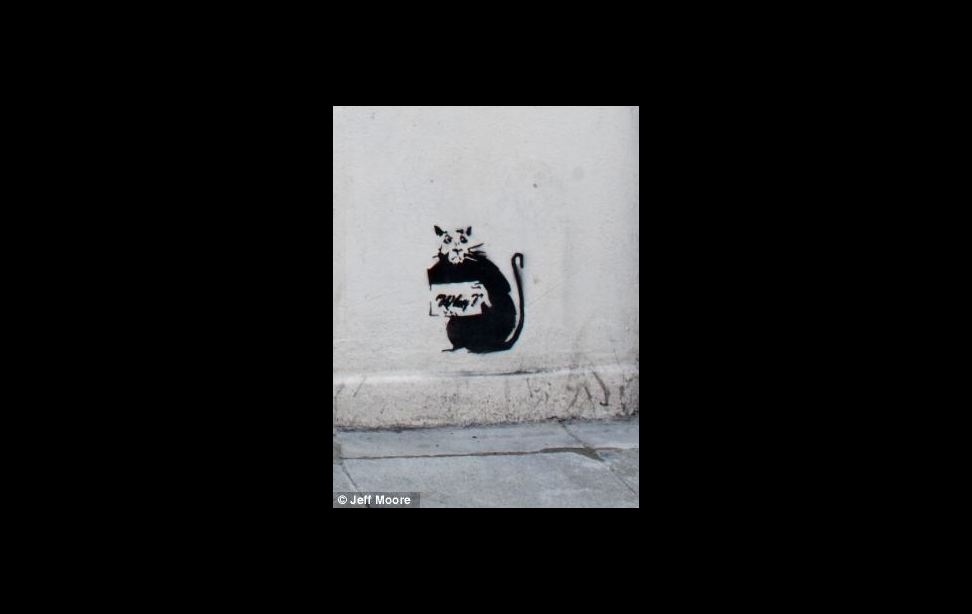 PARIS, FRANCE - Social Commentators, Revolutionaries, Urban Artists, Good for Nothings, Vandals, Racaille (meaning scum in French).These are some of the descriptions that have been attributed to Urban Artists in Europe, during the early 1980s.It is evident that not all of them are complimentary!

However, what is extraordinary is that a number of these artists who were once looked upon with disdain, and often treated as criminals, and fined for vandalism, are now exhibiting their works in upmarket galleries, and commanding high prices at auction. The exhibition Au- dèla du Street Art (as seen in photo 1), takes a look at the beginning of modern street art, and its evolution from an often ephemeral form of protest on city walls to a more permanent form of art on diverse surfaces ranging from sheet metal to traffic lights

The exhibition continues with the works of eleven international urban artists such as the US based artist Shepard Fairey and videos of the artists at work. Shepard Fairey has gained notoriety for his Russian Propaganda style posters of Barack Obama during the Presidential elections. His work is primarily concerned with media manipulation and the omnipresence of advertising and consumerism in today’s society.

The work of two female urban artists, the American artist Swoon, and the French artist Miss Tick is also shown. Swoon uses primarily linoleum for her sought after portraits, and Miss tick has been using stencils to create her urban art since 1985, first working on walls on now on canvas.

However, the star of the exhibition must be the elusive and enigmatic British Urban artist Bansky. Bansky has obtained a cult following not only because of the quality of his art which often turns situations on their head but also because his identity is unknown and he has until now managed to keep his identity out of the media.

Laugh Now, which is in the exhibition shows a monkey with a sign around his neck stating, ‘Laugh Now, but one day I will be in charge,’ (as seen in photo 2). In the video ‘Exit through the Gift Shop,’ Bansky, (face covered, and voice masked), takes us on a unique urban art journey.

A Bansky wall mural is currently the subject of an enormous transatlantic polemic. The mural, ‘Slave Labour,’ which was created by Bansky on the wall of a North London shop was stolen in February of this year and the piece of the wall turned up for sale in a Miami auction house with an estimated value of $500,000 to $700,000.It was eventually removed from their website after the auction house received hundreds of furious emails from angry art enthusiasts, and members of the North London community where the piece of the wall was taken from.

Bansky’s reply to the theft was a rat on the same London wall, with the simple words, ‘Why’ (as seen in photo 3)

There is no doubt that times have changed, since Ernest Pignon-Ernest and Gerard Zlotykamien were arrested and fined for ‘vandalising’ a wall in Paris. It is certain that things certainly have been ‘turned on their head.’ Urban artists often worked at night to hide their identity and also to avoid arrest, but now thieves are coming in the night to steal this very same art, whose value has rocketed. Where exactly is Urban art going? One thing is sure, only time will tell.

Note: Anne Ivers would also like to thank Jeff Moore for kindly granting permission to reproduce his photo.