Manuela Ruggieros Six Characters in Search of an Author 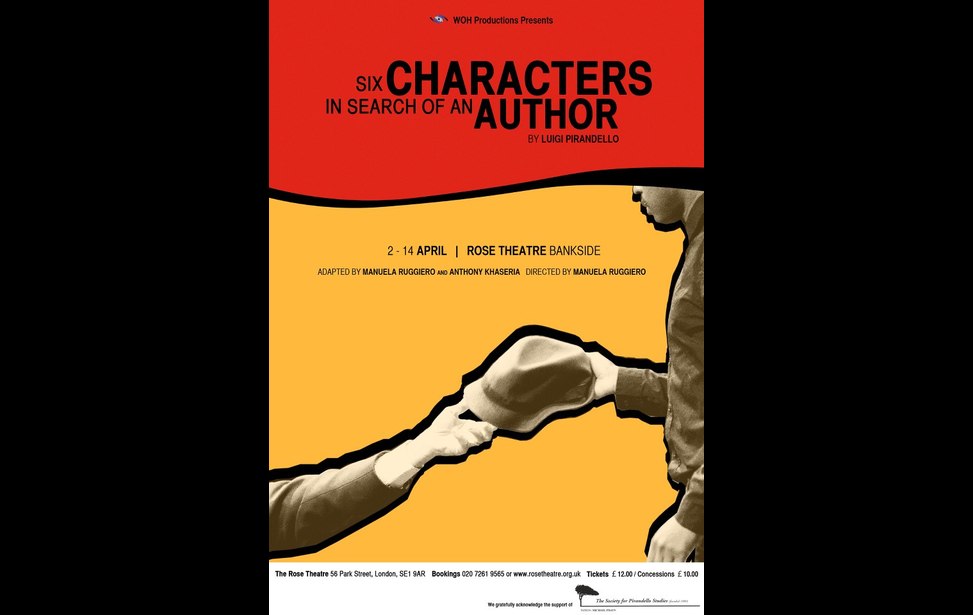 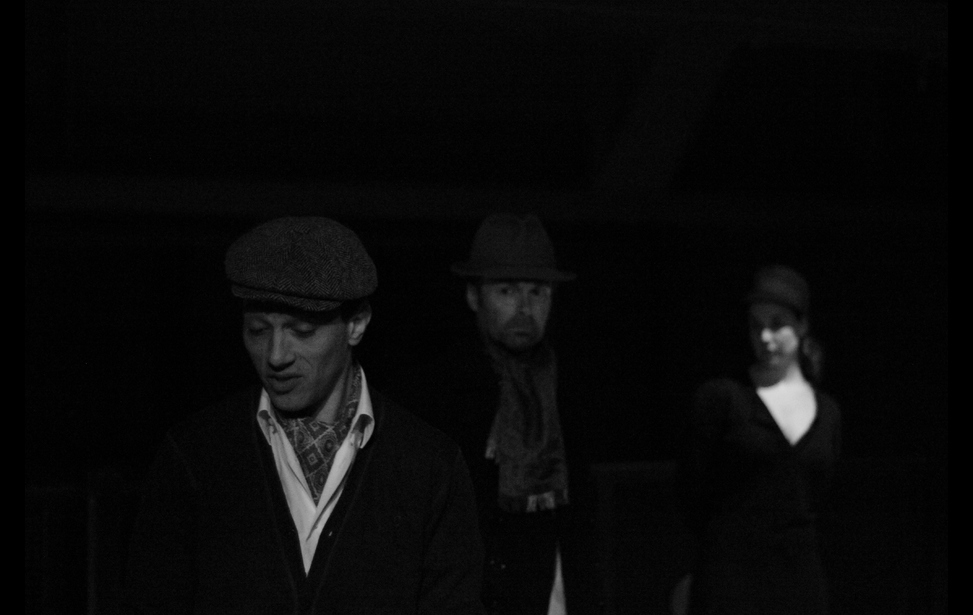 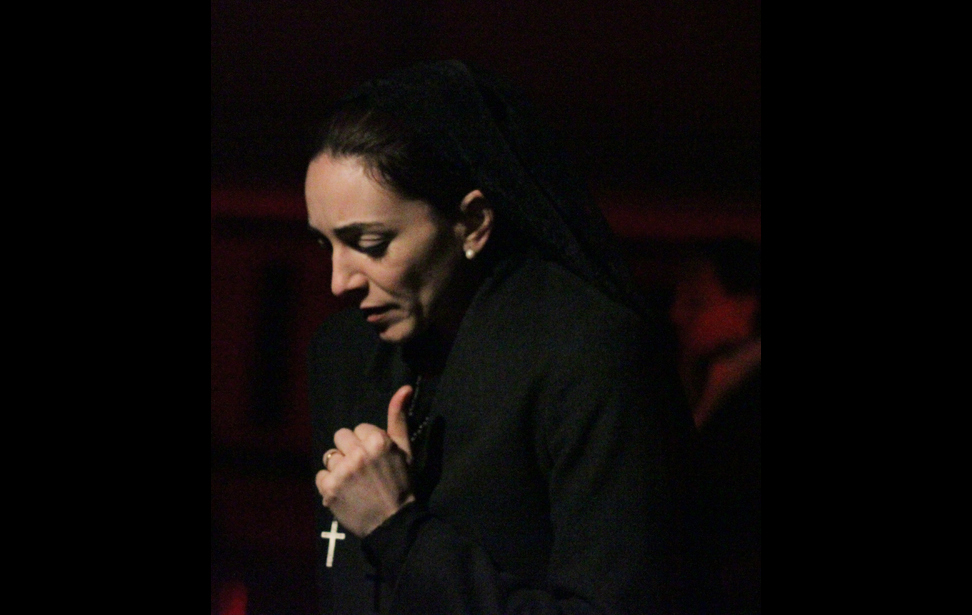 LONDON, ENGLAND - The actors came in from the shadows like ghosts from a dream, appearing on the Rose theatre’s stage that is itself half theatre half-dream: a wooden stage-platform floated like an island of time present above a vast archeological space excavated into the depth of London’s past with only a spiral of blazing red lights connecting those two areas. Using this suggestive space, Manuela Ruggiero beautifully directed Pirandello’s haunting, mystical and surreal story of six characters desperately searching for an author (as seen in photo 1).  The actors/characters/ghosts (as seen in photo 2) take the audience into a journey that moves like a spiral into the flesh and blood of their dramatic story and even deeper into the distressing question that lies at the very core of our being: ‘Who are we?’.  Identity, reality, truth and fiction all dissipate into fragments that the director/author would have to try and fit back together. The dreamlike scenario of the beginning turns into a strange dark nightmare where the borders of what we consider real and unreal cease to exist. Life and death collide and explode in the director/author’s final scream that shakes the core of what we comfortably choose to call ‘existence’.

thalo sat down with Manuela Ruggiero who is no doubt enriching London’s theatre scene with her internationally acclaimed talent and her exquisitely Italian passion.

thalo: Manuela, the strong use of a physical language was very intriguing and rather unusual for Pirandello. Can you tell us what has been your creative journey as a director ?

Manuela Ruggiero: We began the rehearsal process with a thorough text analysis, which is fundamental for a play as complex as Pirandello’s Six Characters. When the actors got up on their feet I always like to start with the body: I wanted them to start from how they interacted with the space and how they perceived themselves from the outside. For every action , I asked the actors to find a physical movement that would embody that particular intention. Then I built the relationships between the characters around the figure of triangles, as there is a pattern of threes that determines the interactions of all the actors/characters throughout the play: they are imprisoned in these triangles that they can only enter or exit together.

th: Why does physical theatre has such a key role for you ?

MR: The physical approach is immediate and once the body knows something it will never forget it, unlike the mind. And it is in those gestures that the actors can always connect back with their characters and find their truth. I developed those gestures the actors had found into a full choreography for two emotionally heightened moments: the remorse of the father/character who has been identified with his one bad action and the never ending sorrow of the mother/character who cannot escape the pain of her child’s death (as seen in photo 3).

th: In your career as an actor/director you’ve mainly focused on Shakespeare, Eduardo and on foreign authors. How was it to direct such an Italian classic?

MR: The reason I chose Pirandello was to go back to my Italian roots. Pirandello was a mystic and there is a great deal of magic and mystery in his play that somehow mirrored what has been the process of creating this piece. I would say that directing Pirandello has been a ‘Pirandellian’ experience !