Andrew Howard: on Beauty Bombing and the Better Block movement 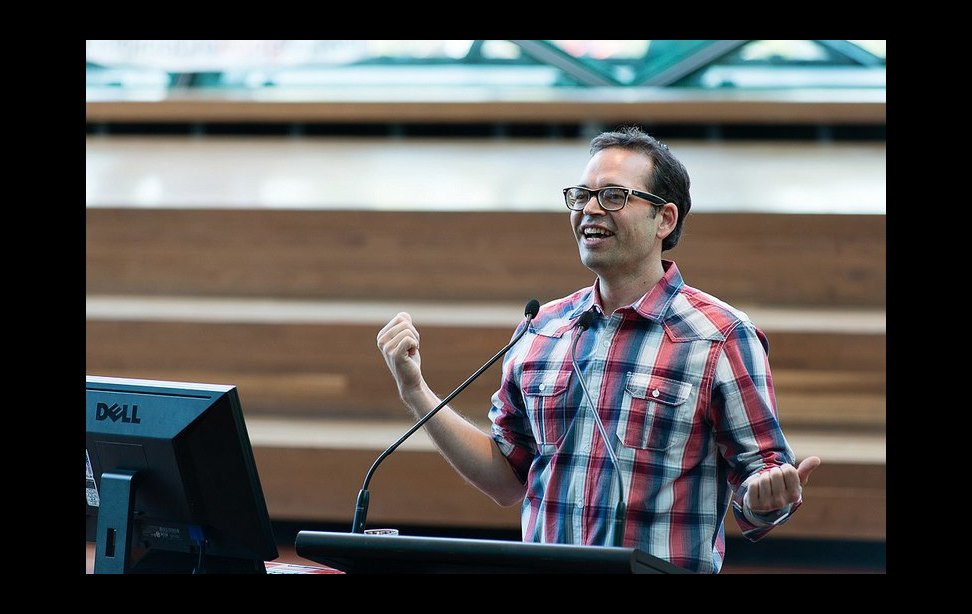 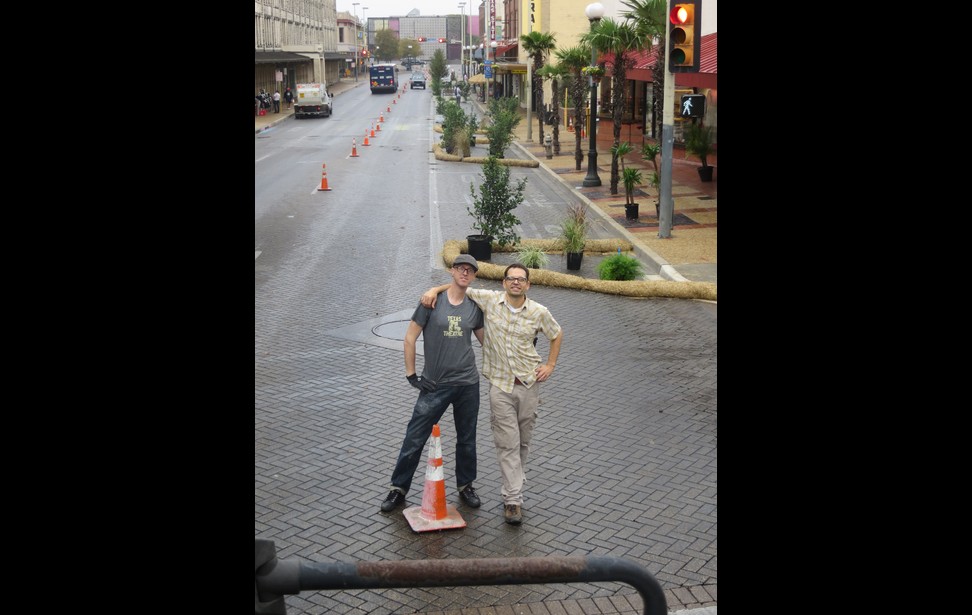 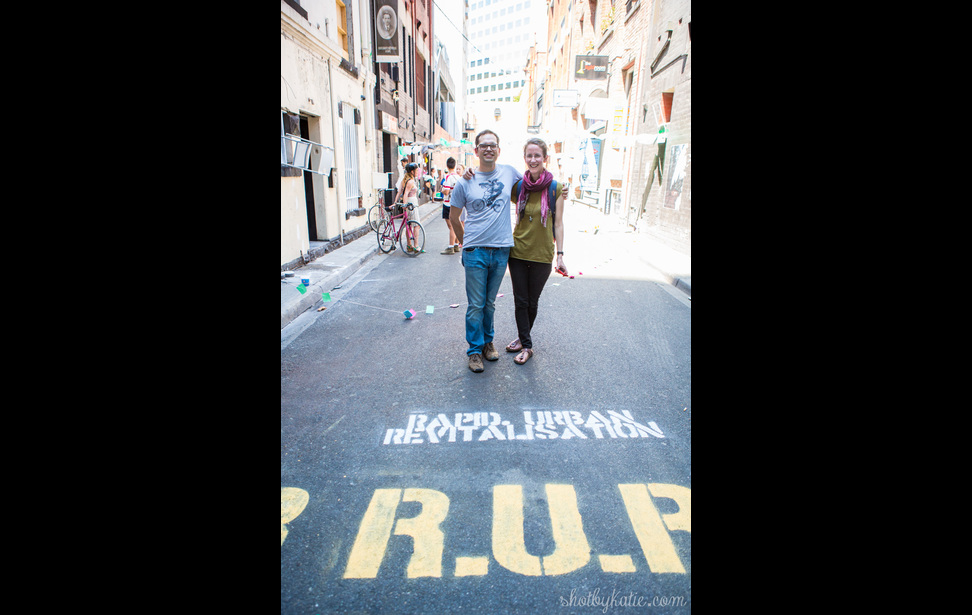 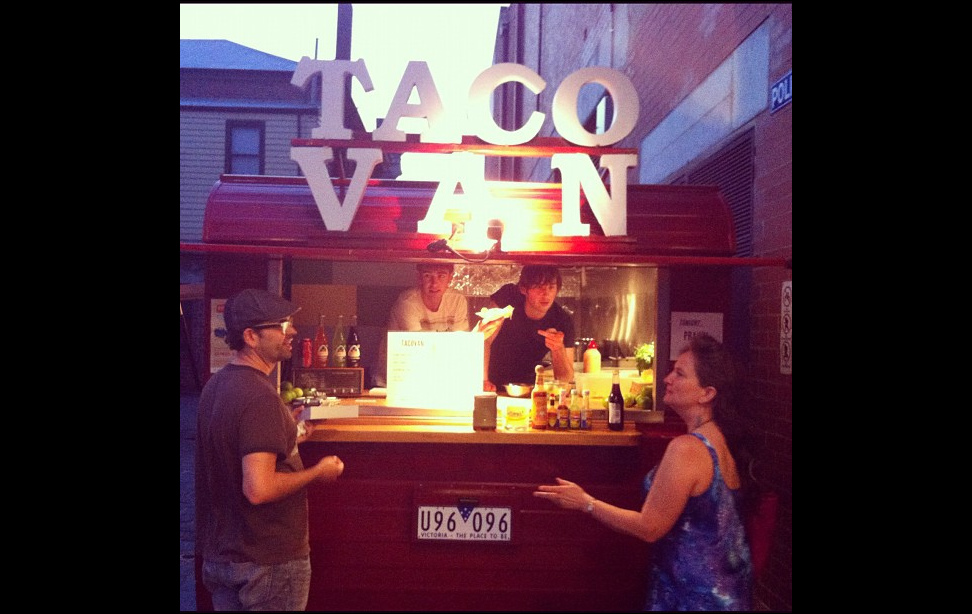 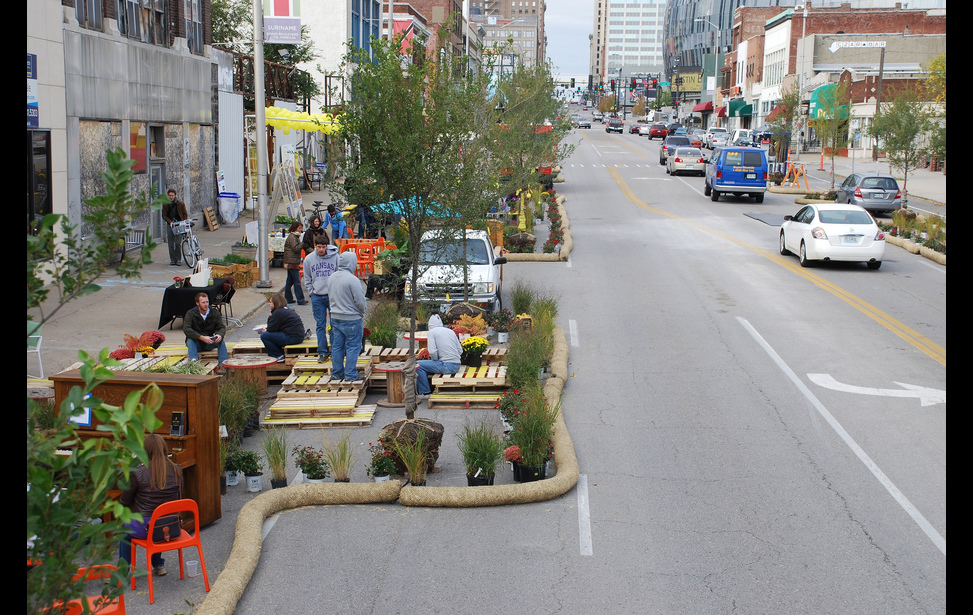 “Nothing compares to the hands-on experience of conducting a Better Block!” pop up activist Andrew Howard (as seen in photo 1) excitedly proclaims about his Better Block initiative to improve community spaces. And it seems he’s not alone in that thought. Since Howard and his business partner, Jason Roberts (as seen in photo 2), founded Better Block, they’ve started an international movement, which has inspired over 40 projects, $24 million in funding, a presentation at the US Pavilion at the 2012 Venice Biennale and a TED talk.

‘Conducting a Better Block’ involves Howard and his team temporarily revamping a community space, making it more attractive and useable. They call it ‘Beauty Bombing’. Howard has just wrapped up a whirlwind tour of Australia with Australia’s Sustainable Living Festival (as seen in photo 3 - 4), where he visited towns big and small in a series of presentations and workshops to show folks how they could instigate the Better Block concept in their own area. thalo caught up with him at the end of his tour to talk Beauty Bombs and Better Blocks.

thalo: So what exactly is the Better Block movement all about?

Andrew Howard: In essence, Better Block asks communities and organizations to stop planning and start acting. It asks people to take a fresh look at their local environment and work together to ensure the community can thrive for businesses, individuals and the town as a whole.

th: How did the idea come about?

AH: My good friend, Jason Roberts had returned from a trip to Europe. He was inspired by the beautiful public spaces and the way their local history was celebrated in the architecture. Bicycles adorning the streets, beautiful little alleyways filled with cafes and thriving businesses – these are the sorts of things Jason wanted to see in our hometown of Dallas. He was speaking to a buddy of his, who said, “Come on Jason, Dallas will never be Paris.” So, he and I set out to prove this friend wrong.

th: And how did you go about that?

AH: Overnight we completely revamped a corner in our local neighbourhood and installed biodegradable bicycle lanes, café seating and pop up businesses. We were determined to show just how easy it was to look at the space in a new way and to give them a testing ground for identifying new opportunities.

AH: It’s really about taking a simple look at your neighbourhood and asking how you can make it better. ‘Beauty Bombing’ is a term we developed while on tour in Australia – it describes how simple changes can make a big impact, overnight (as seen in photo 5). We’ve recently had an intern from Iran go back and stage a Better Block in his home city of Tehran. I love this and I’m now claiming we’re exporting beauty bombs instead of missiles to the Middle East!

AH: Ultimately, we want to get people excited about their communities again by stepping up and taking ownership of a small patch of their place – even if it’s just for one day.