Annette Abundantia: Millionaire Mentor and a Feminine Approach to Money 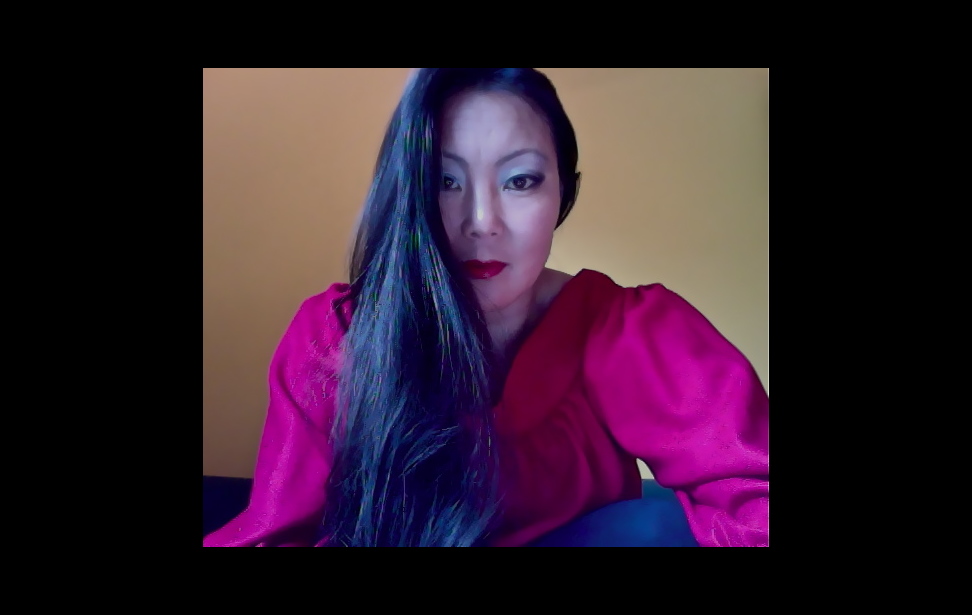 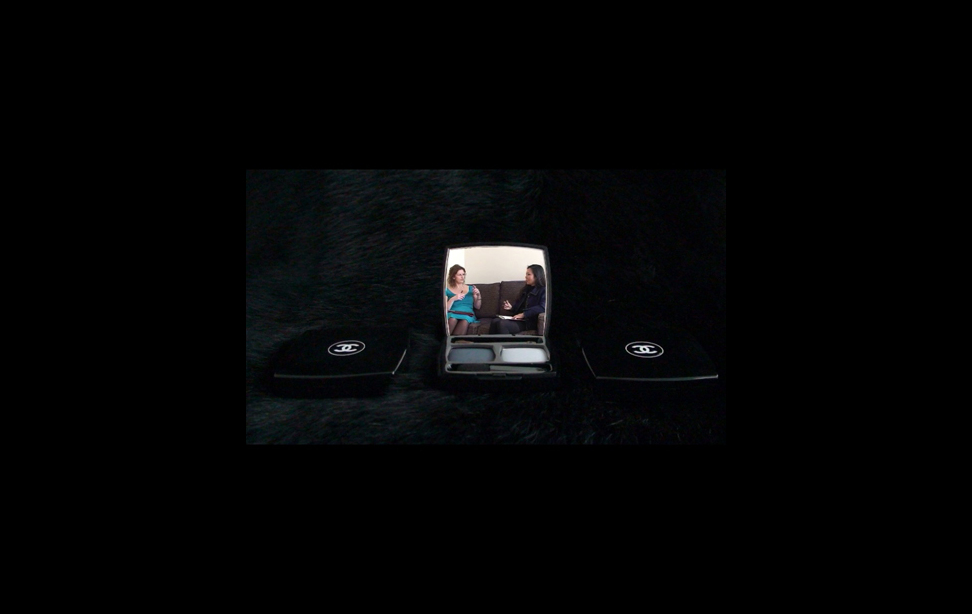 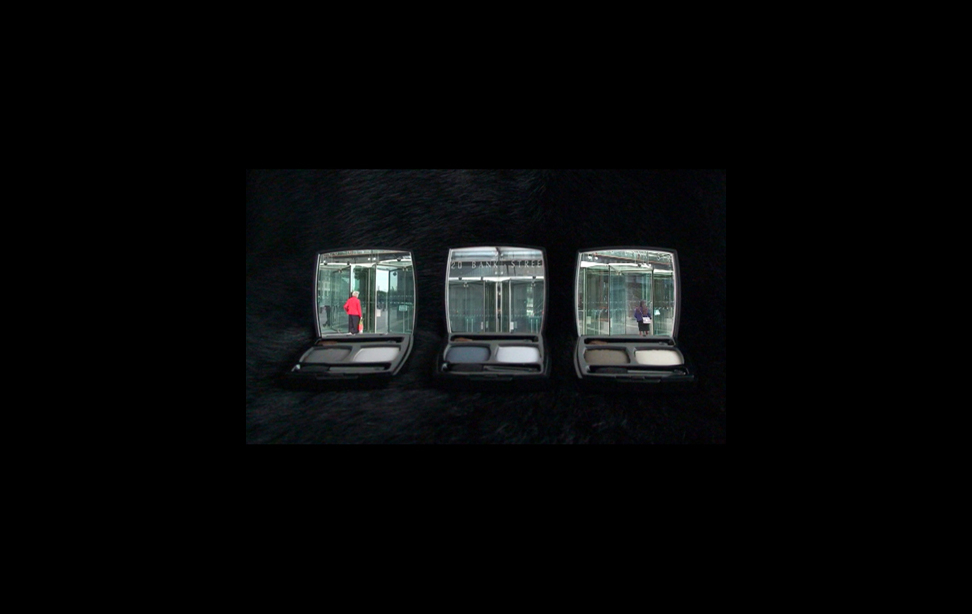 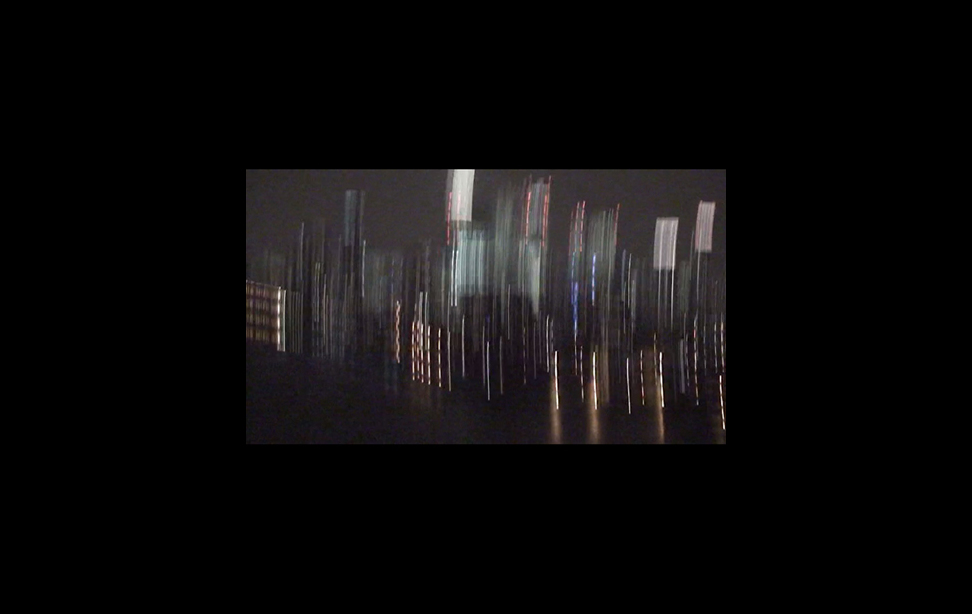 LONDON, ENGLAND -- Identity questions and gender issues in regards to economics are among some of the things that Danish artist, Annette Abundantia (as seen in photo 1), investigates in her art pieces. Annette is not afraid to say that she dreams about making a good living on her art. Having just graduated from the prestigious Goldsmiths University in London she was chosen to exhibit at the annual video art festival FOKUS at Nikolaj Kunsthal in Copenhagen and is about to show her video piece Millionaire Mentor at the head office of Deutsche Bank in London.

In Anntte Abundantia’s video piece Millionaire Mentor we see the artist herself in a private session with her millionaire mentor talking about the feminine approach to money, as well as personal issues such as difficulties she has with her own mother.  The session takes place on a couch and the women are framed by Chanel’s black cosmetic box mirrors (as seen in photo 2).  The video also shows interesting and beautiful city images from London.  The video’s cinematography is inspired by the way a commercial camera roll erotically over a product.  However, in this case, the camera moves over surfaces of financial buildings, water from the Thames, etc (as seen in photos 3 and 4).

thalo: How and why are you interested in identity and gender issues in relation to economics?

Annette Abundantia: I wrote about Sophie Calle’s work Prenez Soin De Vous (Take Care of Yourself) for my dissertation at Goldsmiths. I was interested in this mystery surrounding the private goodbye/break-up letter and how the women in Calle’s piece are analyzing the letter according to their profession. I also use the concept of privacy in my piece Millionaire Mentor and how it relates to economics. I have a profound interest in my own identity, every art piece I have made so far is concerned with the question of who I am. But I have not related it to economics before, so you could say this is the economical part of this question.

th: Is it difficult to address these economic aspects in the art world?

AA: I have graduated from Goldsmiths, and it was almost a taboo to talk about being and taking part in an economical system, the business part of the art world. Because there is still this Van Gogh myth about the artist, who lives by his art and just on eggs, salt and grass. There is a prejudice that involving money will spoil the art, as if the economical aspect of art makes art less valuable.

It has been a process for me to speak about and address these issues in public. The piece Millionaire Mentor can be interpreted in many ways of course, some people find it very amusing and almost crazy, because it talks about art and economics other people think it is a therapy session, and that was not my intention, but I respect their ways of interpreting it. It might sound superficial, and as if I just want to make a lot of money, but my intention was to investigate the huge differences between the salaries of men and women. Women only receive 10% of the world income. But also the fact that in the top of the art world as well as in the business world very few women are represented, and I try to raise the question, why that is so? In the art world women make 10-30 &% less than male artists. That was what I wanted to investigate in the video, and I don’t just relate to women, it is a very feminine space I construct in the video, but I also relate to men of course. I call it a feminine approach towards money and economics.

th: And how is that different than the existing capitalistic market economics?

AA: It is based on values and relations. It is this kind of affective work as e.g. Sophie Calle’s art practice, using the private sphere; Women have been taking care of the home sphere the social sphere and social work traditionally, nursing, and I feel that women after the 60’s and 70’s are now working out there, but are acting like men. It is all about business and profit. I think women have lost some values, and I would like that the spiritual, emotional, the private sphere are used and valued as well. I would like to honor these values by having this discussion with a millionaire mentor; a discussion about how to keep your integrity and having loving relations in a financial, business world. I mean another sense of honesty in the relations instead of using one another. It is a cliché, but where your heart takes you is also where your heart is, and in the meantime you can make money. If you value yourself and appreciate what you do and make an extra effort, you should also be paid well and you will have the confidence to ask for a raise.

All photos courtesy of Annette Abundantia