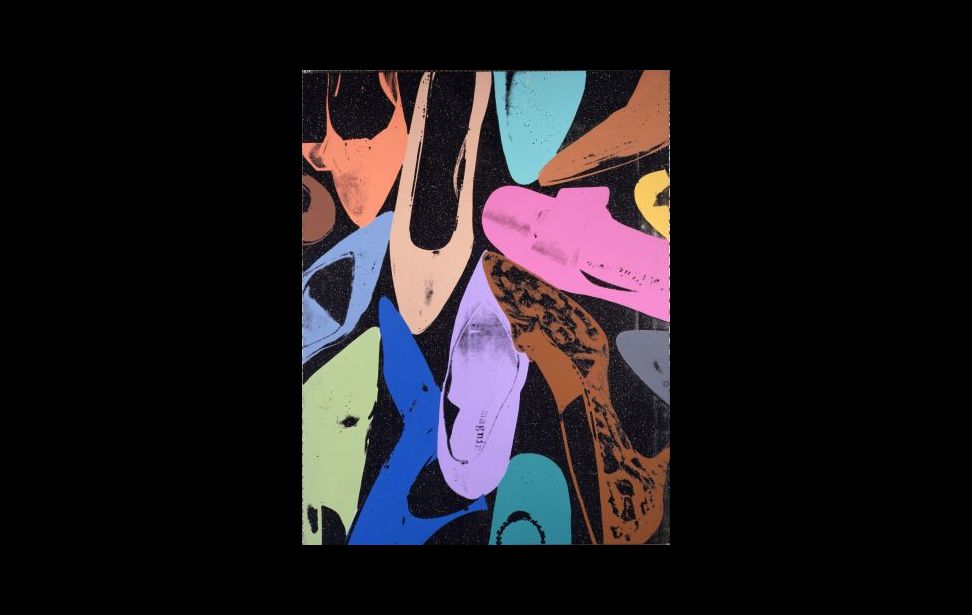 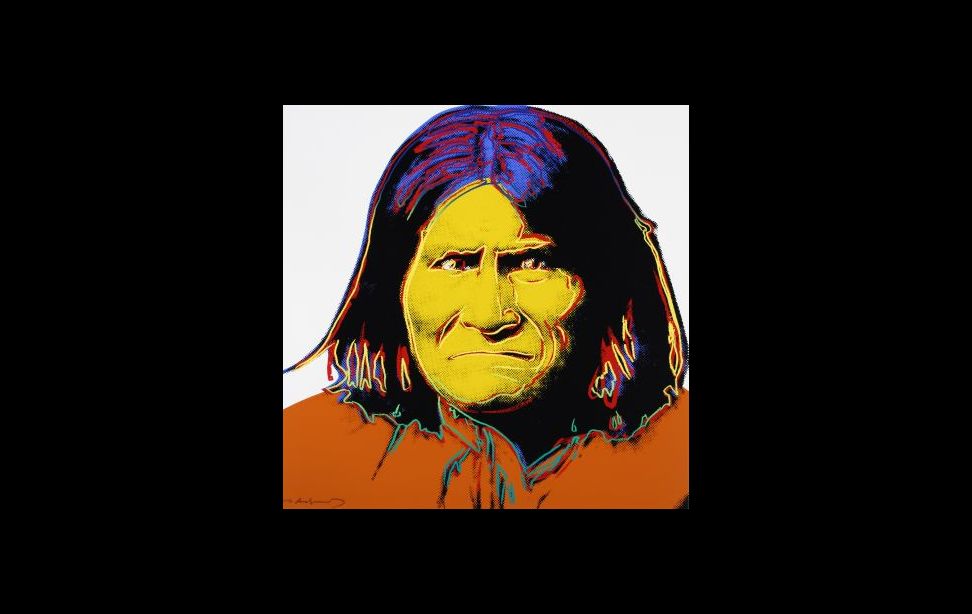 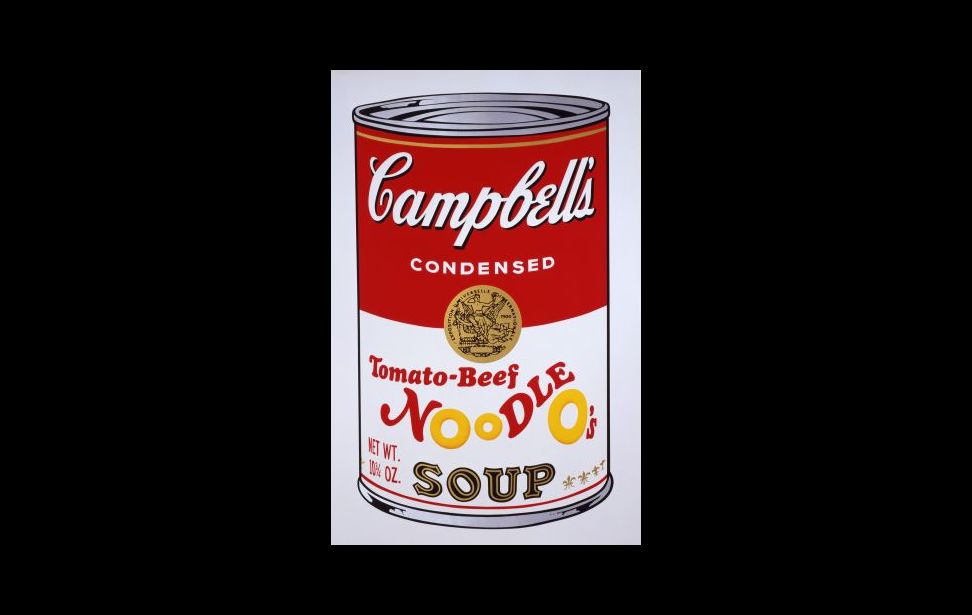 LAS VEGAS, NV — When I was an art student, one of my favorite inspirations was Andy Warhol. I admired how he could turn popular everyday items into works of art, and how he bravely took risks despite any criticism launched his way.

And when he declared that in the future everybody would be famous for 15 minutes, I had no idea how close to reality his prediction would become, and during a relatively short period of time to boot. But with the onset of reality TV and social media that literally do let anybody be “famous” in their own little circles, whether it be for 15 minutes or 15 days or 15 years, we certainly are living in a Warhol age.

So it was with great anticipation that I waited for the new Warhol Out West exhibit to arrive in Las Vegas — the biggest showing of his work ever in this city. I didn’t know what “biggest” meant, but it turns out to be 56 works including paintings, screen prints, sculptures, photos, and even wallpaper and Mylar balloons.

The exhibit is housed in the Bellagio Gallery of Fine Art one of the best-known and most respected galleries in town. It’s not huge, but the two main rooms are shaped kind of like a U and an H, which carves out little niches and smaller spaces. This allows the works to be grouped together by theme, and essentially creates several mini shows where all the works comfortably fit.

“We wanted to do a singular artist show and as Warhol’s popularity continues to transcend generations, this was a great opportunity to partner with The Andy Warhol Museum in Pittsburgh and display the only comprehensive Warhol exhibition in the United States (outside of the museum in Pittsburgh),” explains Tarissa Tiberti, executive director at BGFA.

They focused on several periods of Warhol’s career. “The viewer can expect to see a snapshot into the life and work of Andy Warhol,” says Tiberti. “Starting with the 1960s and ending with his last self-portraits a few months before his death in 1987, the exhibit consists of work from the Factory years, celebrity portraits and Polaroids along with the screen test film.”

As you work your way through the gallery, audio commentary is available for no additional cost, read to you from personal devices about the size and shape of a cordless phone.

The first thing that will greet you upon entering the gallery is a stack of Warhol’s famous plywood Mott’s Apple Juice and Heinz 57 boxes, next to an alcove papered all around with bright yellow cows on a blue background. The silkscreened boxes infuriated critics when they were created in 1964, and they didn’t sell well, but today they represent the epitome of pop art.

In the alcove that’s wrapped in Cow Wallpaper, you’ll see a bunch of large silver helium-filled Mylar pillows floating around, trapped by the wind of a fan to continue circling like they’re in a tornado. Called Silver Clouds, each one is 32” x 48” x 15”, and touching (even playing and hitting) is actually encouraged.

These particular clouds were created by engineer Billy Kluver in 1994, but they’re based on Warhol’s work. Tiberti recalls, “In 1966, Warhol had an exhibition at the Leo Castelli Gallery in NYC, the preeminent venue for hot new artists.” Only cutting edge exhibitions were shown, and Warhol got two galleries. “One was lined with the Cow Wallpaper (yellow and hot pink) and the other was filled with the floating Silver Clouds. Both of the artworks rejected the sterile white-wall standard of contemporary galleries. The Silver Clouds created a joyful contrast to the Cow Wallpaper and caused an interaction with the viewer as they experienced the artwork.”

The reason the Bellagio went with yellow-on-blue Cow Wallpaper — one of many wallpaper combinations Warhol eventually created — instead of the original pink-on-yellow was mainly because it worked well with the location city. “Las Vegas has beautiful blue skies set against the back-drop of the dusty mountains,” Tiberti explains. And in fact, much of the show’s theme fits well with Las Vegas. One of the largest works is Diamond Dust Shoes (as seen in photo 1), a 1980 silkscreen featuring colorful women’s shoes. It’s one of Warhol’s favorite motifs, and also imagery that brings to mind nightlife and showgirls, which are both practically synonymous with Vegas.

Then there’s a series of acrylic and silkscreen paintings meant to be a comment on consumerism, including 1981’s Dollar Signs, which also very much represents the Vegas gambling industry. The Ads series includes works such as the iconic Chanel No. 5 bottle from 1985 (which the company later used to market the perfume), Apple Inc. from 1976, and Paramount from 1985 — none of them uniquely Vegas, but all of them fitting in with the Strip’s many billboards, flashing signs, flyers and other ubiquitous means of marketing.

Probably my favorites are the paintings of celebrities, including the 1963 works Double Elvis — a black-on-silver silkscreen on linen of Mr. “Viva Las Vegas” Presley himself, in his gunslinger pose from the movie Flaming Star — and Silver Liz, another black-on-silver piece of Elizabeth Taylor in a publicity photo from the movie Butterfield 8.

There are no Marilyn Monroe pieces, unfortunately, which I always thought were the ultimate Warhol artworks. However, there’s a set of Dolly Parton from 1985 done with a very similar look — one with normal colors except for the Warhol-esque exaggerated lips and eyes, and another with mauve face and salmon-colored hair.

Fitting in with the “Out West” theme, the show also offers an array of works from the rarely seen Cowboys and Indians series. Featuring myths and legends from the old west, rather than his typical celebrities and everyday items, Tiberti says the series has been well received and a big hit of the exhibition. It includes Geronimo (as seen in photo 2), Annie Oakley, General Custer, Teddy Roosevelt, John Wayne and a Buffalo nickel, among others, done in Warhol’s trademark style.

Some other highlights include a series of Polaroid snapshots that Warhol took of celebrities like Jane Fonda, Grace Jones, Debbie Harry, Joan Collins, Sylvester Stallone, Dennis Hopper and Mick Jagger; large Polaroid and silk-screen self-portraits from his final months of life; diamond dust portraits of fellow iconic artist Georgia O’Keefe; and silent black-and-white film footage from screen tests he took in the mid-‘60s.

And yes, of course, there is soup for you. If you’ve got a hankering for Andy’s famous soup cans, you won’t be disappointed. There are three prints and paintings from his iconic 1960s Soup series, including cans of Hot Dog Bean, Tomato Beef Noodle (as seen in photo 3), and New England Clam Chowder.

Why the fascination with Campbell’s soup? Believe it or not, Andy actually ate the stuff every day for 20 years. Yes, seriously! But you might not require that extreme level of obsessive dedication to follow in Warhol’s footsteps.

For aspiring artists, Tiberti offers some words of encouragement: “Derived from popular culture, Pop art revolutionized the art scene in the late 1950s. Warhol took inspiration from the routine world around him. It’s about the recognizable images and the commercialism of certain objects. In today’s society, art students have a wealth of sources from which to draw inspiration: social media, and the internet, as well as magazines.” Not to mention TV, and more consumables than you can shake a stick at.

The Warhol Out West exhibit runs from February 8 to October 27, 2013. It is housed at the Bellagio Gallery of Fine Art in the Bellagio Hotel and Resort, 3600 Las Vegas Blvd. South, Las Vegas.