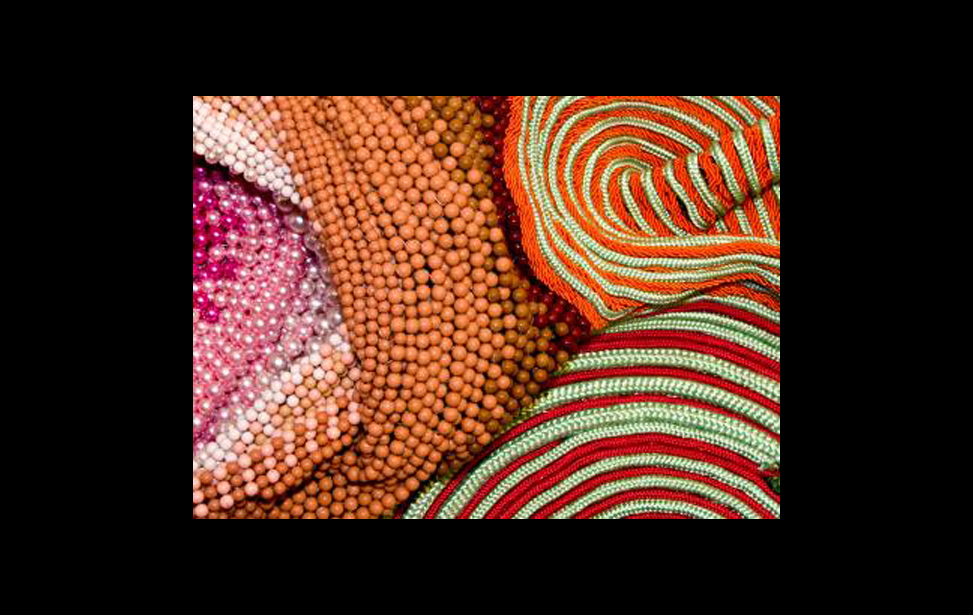 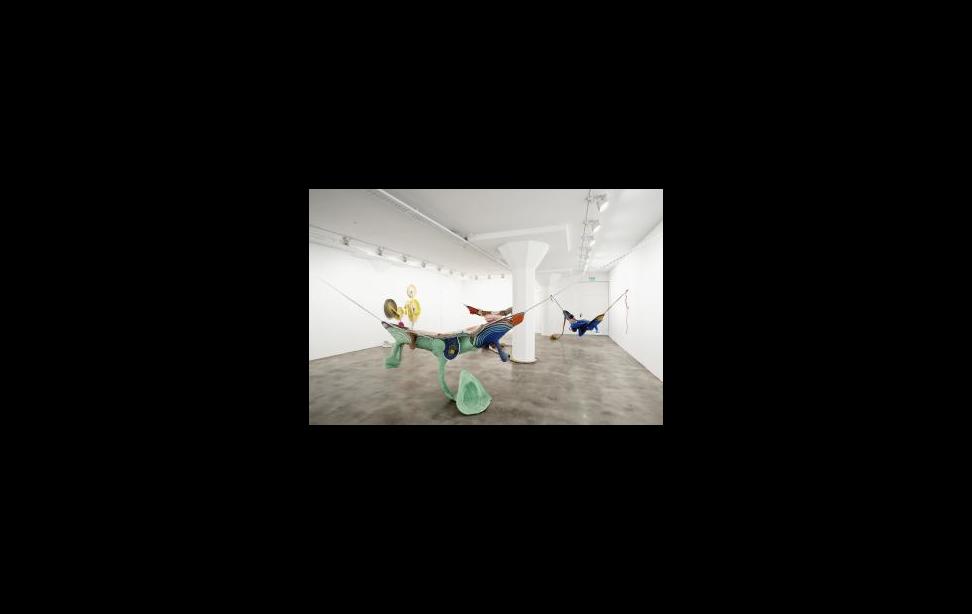 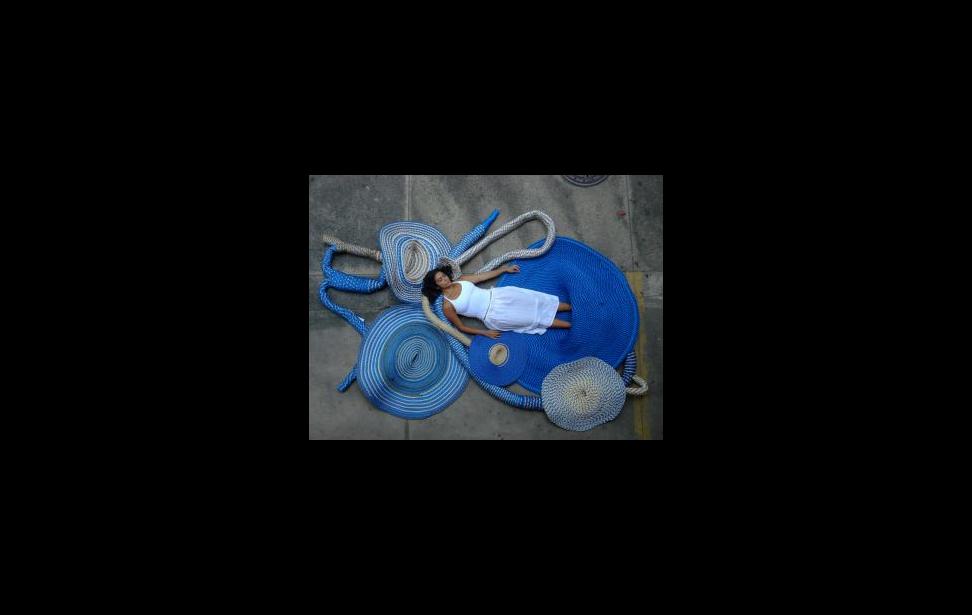 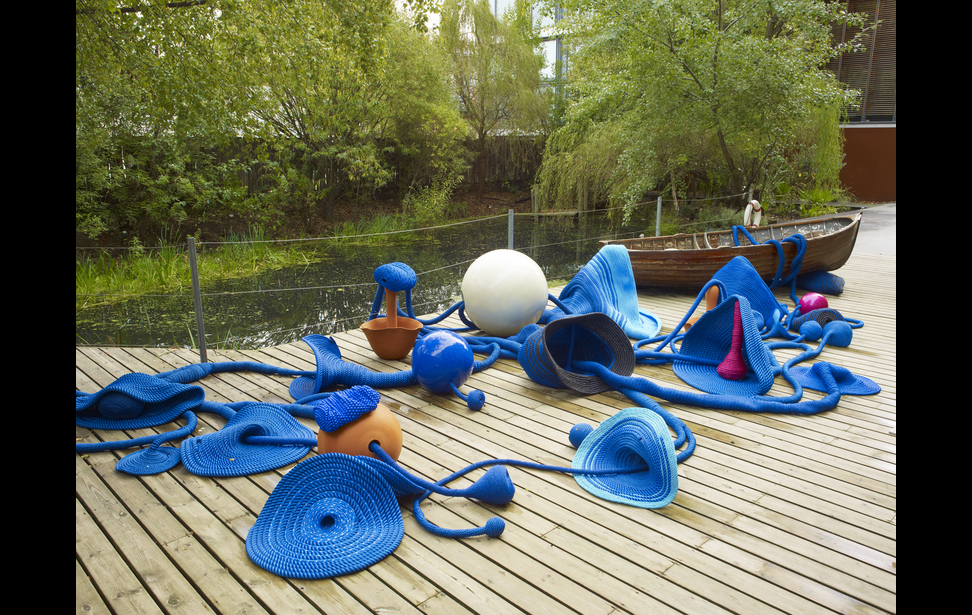 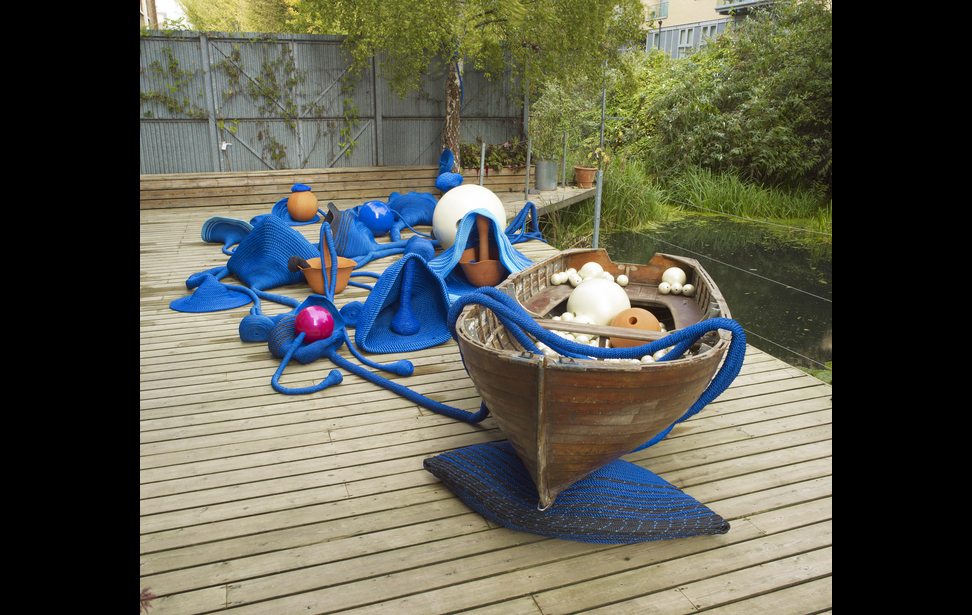 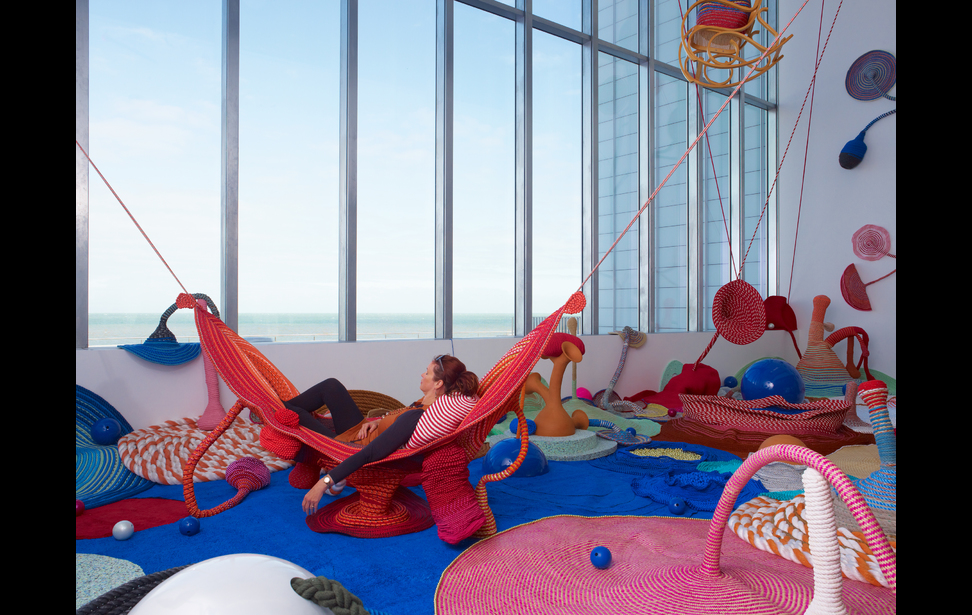 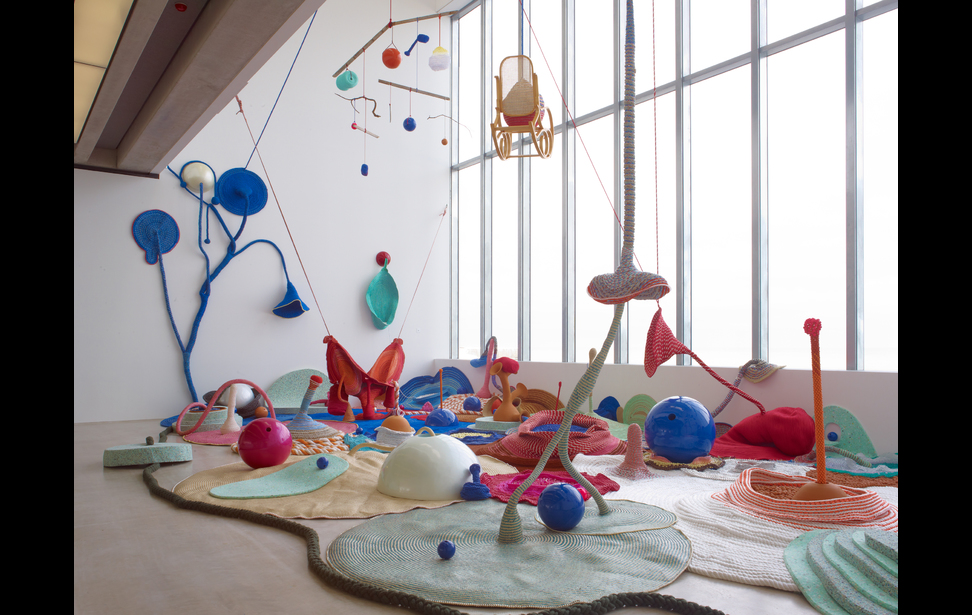 RIO DE JANEIRO, BRAZIL -- The Brazilian Artist Maria Nepomuceno takes her inspiration for her magnificent sculptures and art installations from the traditional crafts of Brazil and Latin America. Maria was born in Rio de Janeiro in 1976 and studied painting at the Parque Lage Visual Arts School  and then Industrial Design at the University of Rio de Jainero. She is one of a generation of Brazilians Artists championed by the now well known Brazilian Gallery, A Gentil Carico, which opened in 2003 in Rio de Janeiro.

The crafts that she uses as a medium for her art work include amongst other things, weaving, beading, and traditional rope and straw work. Her finished works are exuberant and vibrant. They are expansive, and all encompassing, the colours often evoke the atmosphere and energy of Brazil at carnival time.

The spiral is a constant theme in Maria’s work.  In 2010 the Gallery Magasin 3, in Stockholm showcased her work in an exhibition entitled, ‘ Always in a spiral’ (as seen in photos 1-3) to much acclaim. The Spiral is of course one of the most ancient symbols in nature, and has inspired artists since ancient times. The spiral goes to the very core of nature itself, and often symbolizes our spiritual journey on this earth. Our DNA chain is in a spiral, as are galaxies, snails, shells. The list is endless, and Maria’s art work is also concerned with the endless nature of weaving, which can go on and on, just as a spiral can. Her work also explores the notion of the rope as a connecting thread. The rope work in her art is fluid and elegant.

In 2011 the Victoria Miro Gallery in London held an exhibition of her work entitled, ‘The Force,’ (as seen in photos 4 - 5). The materials used in this exhibition which draped across the walls, and sprawled across the floors of the Gallery represented in each of the materials used one of the four elements of nature, Water, Earth, Fire and Air. The complex and indigenous craft techniques used enabled the art works to take on a life form, or ‘Force’ of their own.

However her most ambitious work to date is a commission for the Turner Contemporary Centre in Margate, England, entitled, ‘Tempo Para Respirar,’ Breathing Time (as seen in photos 6-7). The commission which is currently showing was created with volunteer artists and crafts people which included the Maria Nepomuceno Studio group and the Master Rope makers of the Historic Dockyard Chatham. These Master Rope makers have used the same techniques for over four hundred years.

The public is invited to interact with the commission with overlooks Margate seafront, and sit in the hammock which makes up part of it. The art installations of Maria Nepomuceno have a soothing and healing quality to them. Ultimately through the ancient crafts of weaving and rope making she uses to create her works, we are reminded of the timelessness of art and that all of mankind is inextricably linked.

Photos 1 – 2:  Installation view from, ‘Always in a Spiral,’ at Magasin 3, Stockholm. Photo: Christian Saltas, Courtesy of the artist.