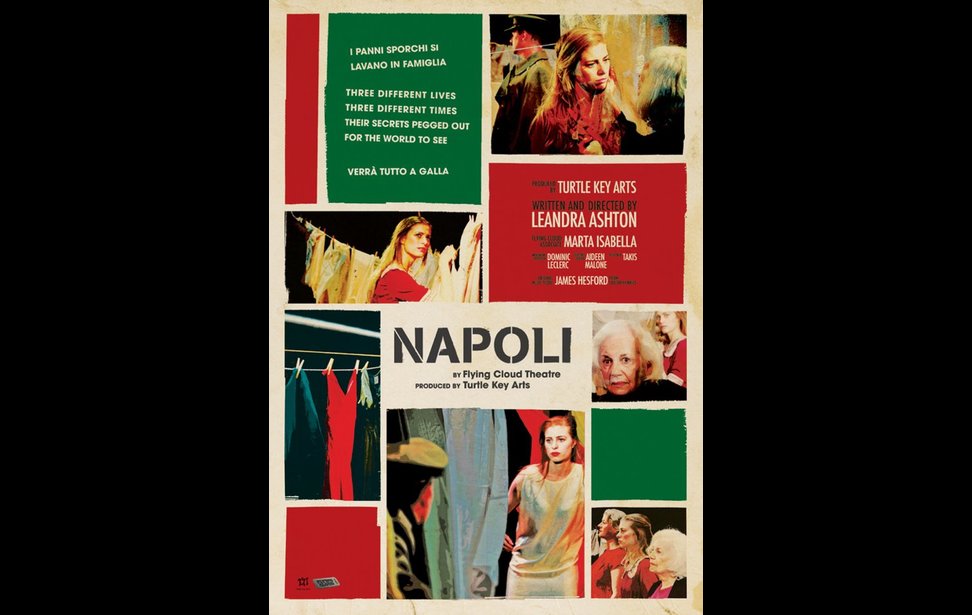 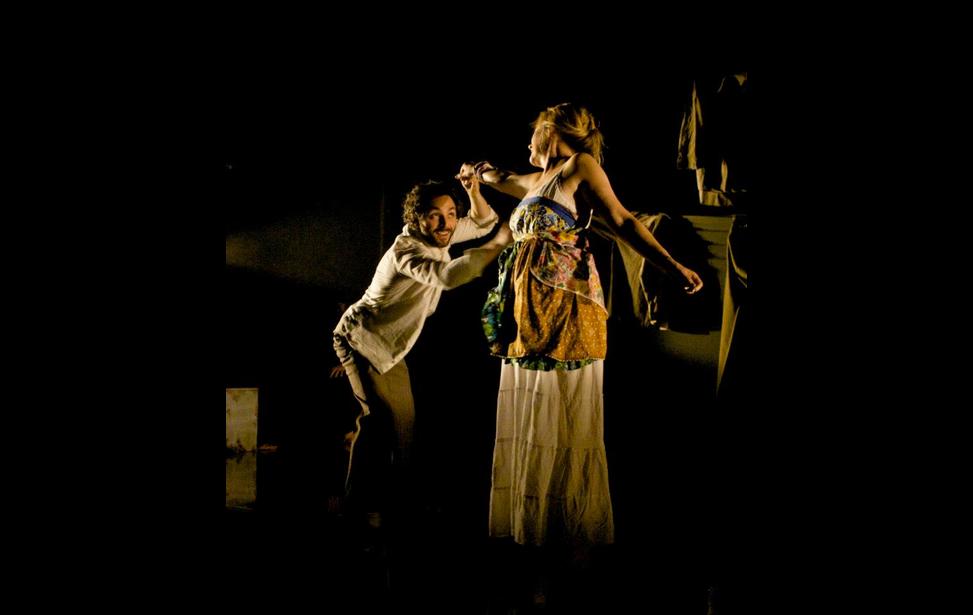 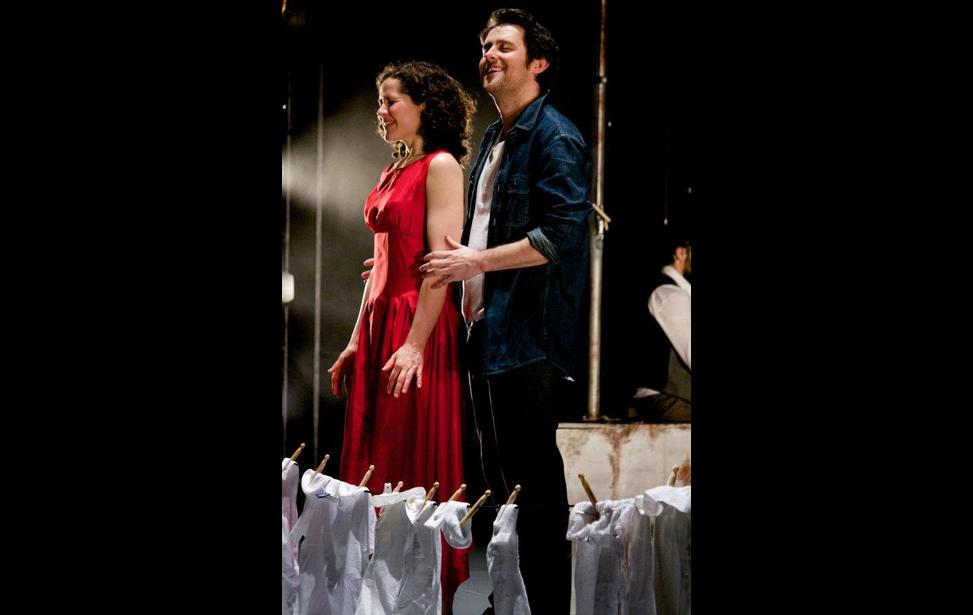 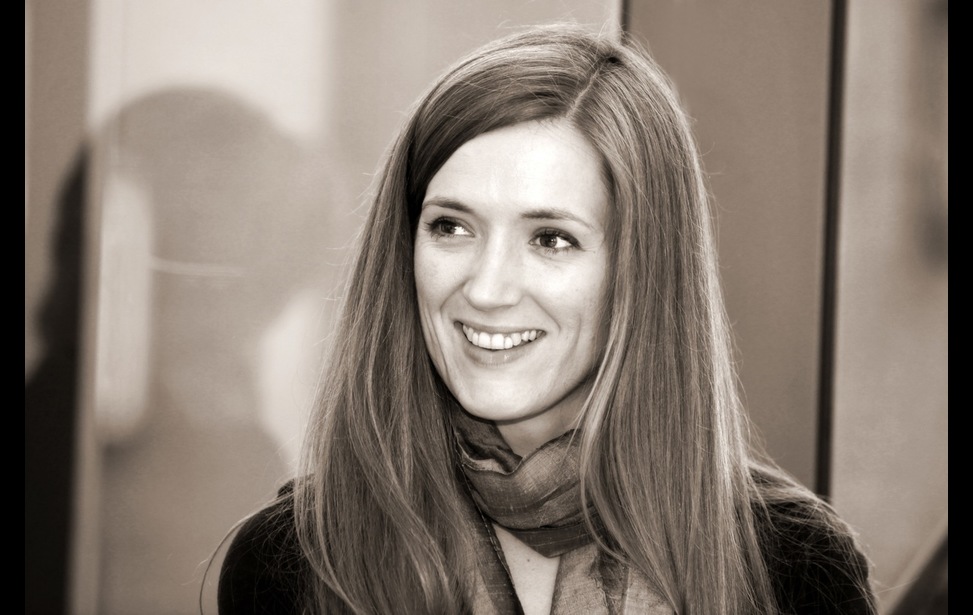 LONDON, UK --The first thing that strikes you about Flying Cloud Theatre is the passion they conjure. ‘Amazing! Amazing! I cried’ and ‘Please do more!’ were some comments left by audience members struck by the multicolored palette of emotion, colors and innovative storytelling of Flying Cloud’s debut production Napoli (as seen in photos 1, 2, 3) that toured the North of England last spring. Napoli was inspired by company founder Leandra Ashton’s family story. A love story, to be exact, between an English soldier and a Neapolitan young woman who met in Naples during WWII and then moved to Yorkshire, initiating a fascinating Anglo-Italian family saga that explores the subjects of truth and identity.

Flying Cloud is about creating ground breaking theatre as much as it is about connecting cultures, languages and people that are normally considered as separate. Very much like the clipper ship Flying Cloud, from which the company took their name, that united the world in previously unimaginable ways. In 1854 the Flying Cloud set sail from New York and crossed San Francisco’s Golden Gate 89 days later, setting the world’s sailing record that was held until 1989. This legendary ship was navigated by a remarkable young woman: Eleanor Creesy. Over 150 years after that incredible journey, thalo sat down with Leandra Ashton (as seen in photo 4), the current navigator of Flying Cloud – the theatre company.

thalo: Leandra, you trained at RADA and started your career as an actress. What’s the inspiration behind Flying Cloud Theatre?

Leandra Ashton: I’ve always felt very strongly that theatre that doesn’t move beyond the curtain call is not enough for me so decided to do something about it. My experience as an actress taught me that theatre can be incredibly empowering and I wanted to harness all of that potential creating a company which was not only about original writing, music and movement but also about outreach community workshops that would allow cross sections of society to experience the transformative power of theatre.

th: How would you define Flying Cloud’s philosophy?

LA: The ethos of Flying Cloud is about the development of the individual through the creative process. We believe that art can transform lives and heal schisms in our world today. We want to connect people and cultures by connecting people to themselves.

th: Since Napoli, the company has grown and evolved and you are now working on your new project set in Andalusia, that is Spain during the Muslim domination. Why have you chosen Andalusia?

LA: We want to challenge the notion that East and West have and always will be separate. Somehow we managed to forget that it hasn’t always been true and it seems compelling for us to remember when Islam, Christianity and Judaism coexisted and created a tolerant and prosperous society that left an incredible legacy. I believe that theatre is about bringing people together and if there’s a subject where people need to come together now, this must be the subject!

You can learn more about Flying Cloud theatre by visiting their website www.flyingcloudtheatre.com and their Facebook page.