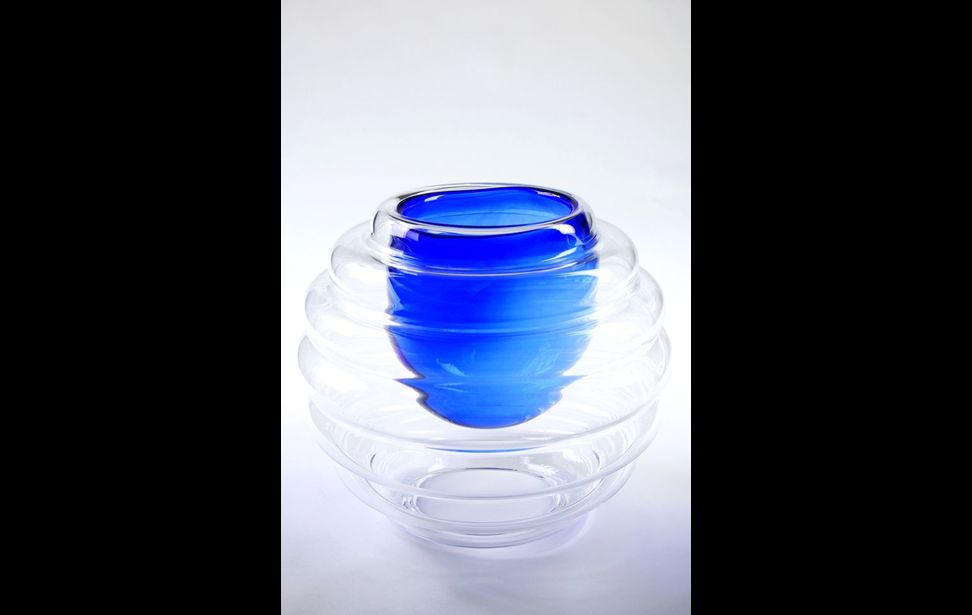 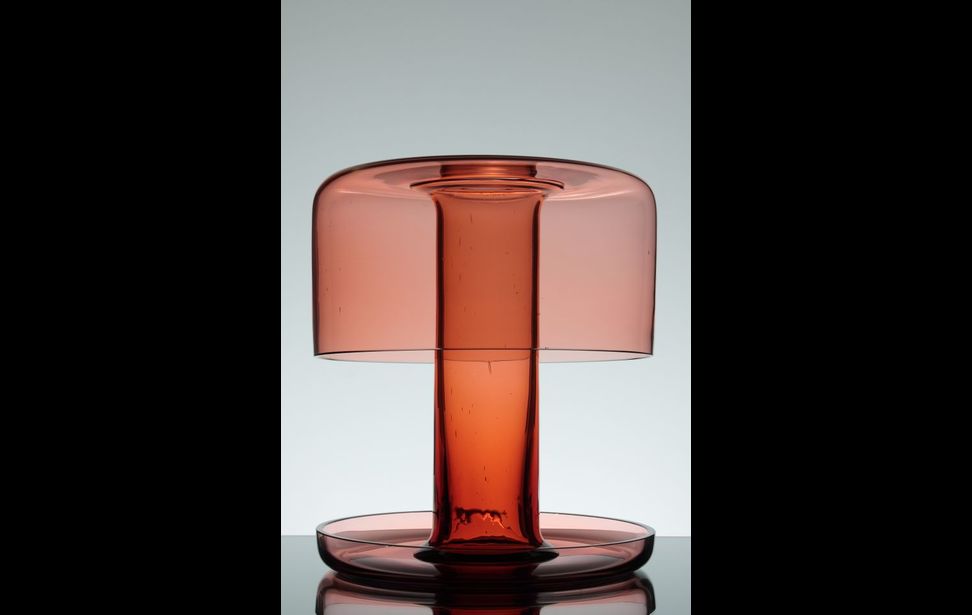 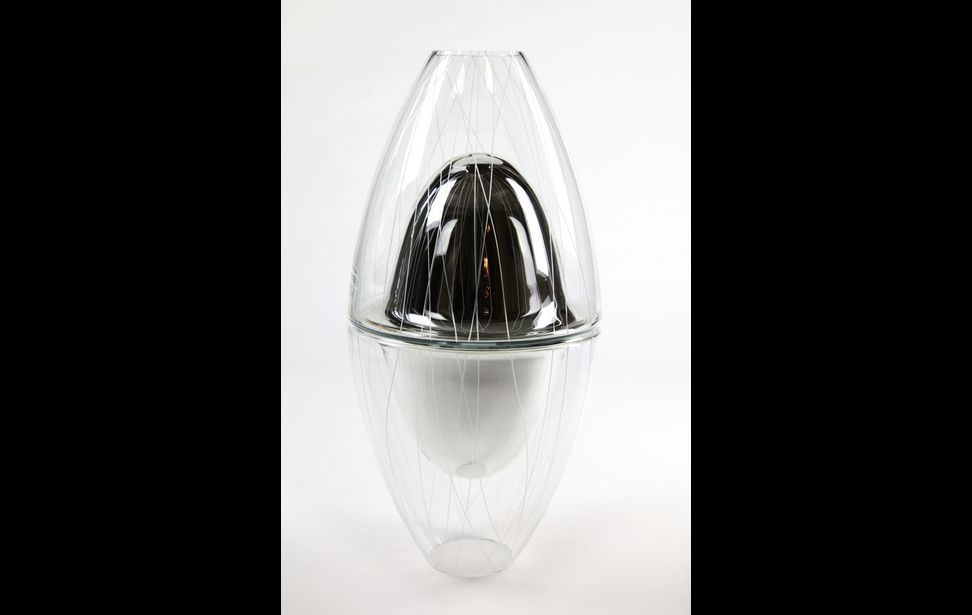 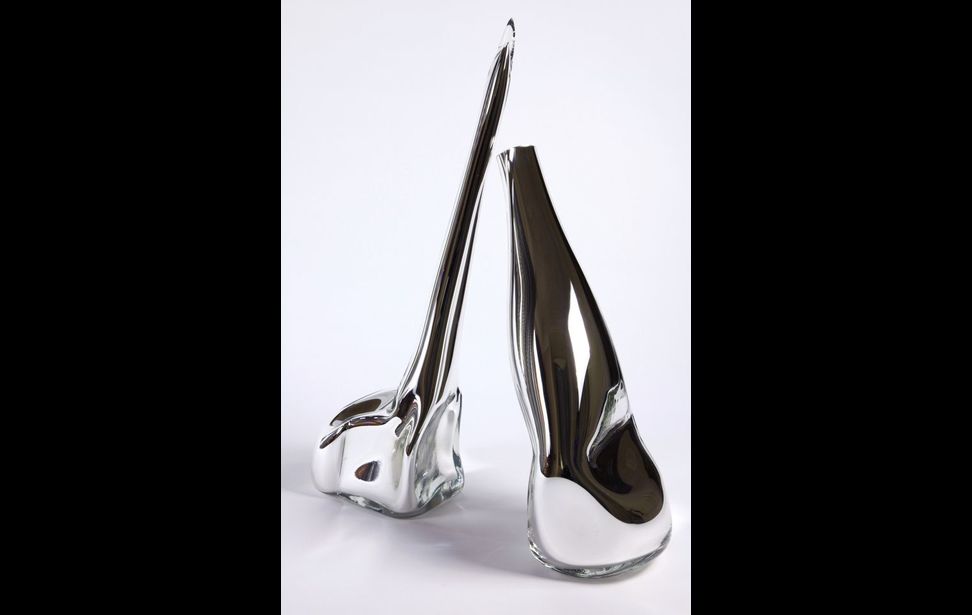 On the January, 17, 2013, the Glass is Tommorow exhibition opened in the Quantum Gallery in Paris. This gallery which is situated not far from the Centre Pompidou and a few steps way from the Marais prides itself on its exhibitions which are dedicated to glass design. A cocktail party on the evening of the January 17th celebrated both the opening of the exhibition, and the richness of the exchange between the glass blowers and designers involved in this project that produced sixty unique pieces.

Glassblowing is an ancient craft. The first glass workshops date back to the Phoneticians in what is now Lebanon.

As well as the sixty pieces exhibited, a video showing the glass blowers and designers at work is also assimilated into the exhibition.

Glass is Tomorrow is a European project which was launched on the June 11, 2011 as part of the Culture (2007-2013) programme of the European Union. The primary aim of the project was to establish a more fluid exchange of knowledge and competencies between glass blowers in the north, south, east and west of Europe, as well as an exchange between glass blowers and designers.

Glass blowers from Finland, the Czech Republic and France teamed up with designers to produce sixty unique designs and glass pieces. The exchange between designers and glass blowers enabled new potentialities about the conception, production and distribution of glass pieces to be explored. There is no doubt that glassblowing is a very physical and manual art. Glassblowers whilst working are guided by their intuition and experience. The work of the designer however is often more cerebral. Designers have an idea of what they want to create but it is for the glassblower to transform these ideas into reality!

The actual production of the pieces, and the exchange between designers and glass blowers took place in three different workshops, in France, Finland and the Czech Republic. All of the regions chosen had strong connections with glass and the art of glass blowing.

One of the workshops took place in Meisenthal, in France in collaboration with the Centre International de Glass Verrier (CIAV) which was formed following the closure of the Meisenthal Glass factory after two hundred and sixty years of glass production. The theme of this workshop was, ‘Out of the Mould,’ The Mould Storage and Library at the CIAV is a conservatory of approximately 1500 ancient moulds in steel and wood. They come from local glassworks that have closed. The designers and glass blowers re-interpreted the ancient moulds with new meanings. Some of the pieces created included The Beehive Vases (as seen in photo 1), conceived by the Design Studio Olgoj Chorchoj and glassblowers, Jeremy Wintrebert, Antoine Brodin, and Michal Masek. A number of other pieces were created in this workshop including The Red Shade (as seen in photo 2).

Novy Bor, in the Czech Republic was the destination for another workshop. In this region, the two historical Novy Bor glass schools dating back to 1763 have been merged to create a new glass school. The theme of this workshop was silvered glass, which is double walled glass with a silver coating between the walls. Pieces created included The Silvered Bulb (as seen in photo 3),by glass blowers Martin Stafanek, and Roisin Buitlear in collaboration with Design Studio Bystro, and the striking, and elegant, Twisted and Fluid vases (as seen in photo 4), created by designer Maxim Velcovsky and glassblowers Jeremy Wintrebert and Antoine Brodin.

The workshop in Nuutajarvi in Finland looked at the theme

of stackability. This village is home to one of the largest communities of independent glass designers and glass blowers in Finland. Glass blowing has been at the centre of life in this village for over two hundred years.

After Paris this touring exhibition will travel to Finland and the Czech Republic where the sixty pieces created will be showcased. Contemporary pieces of glass are now often design led. It is hoped that this touring exhibition will allow not only a resurgence of interest in this ancient craft in Europe but also facilitate co-operation in the production of hand made pieces of glass between designers and glass blowers.