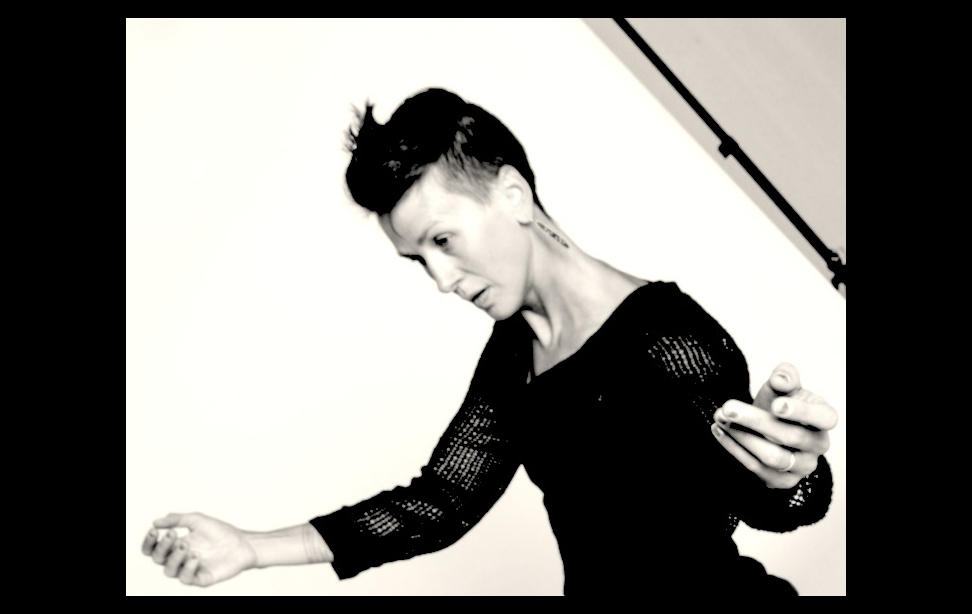 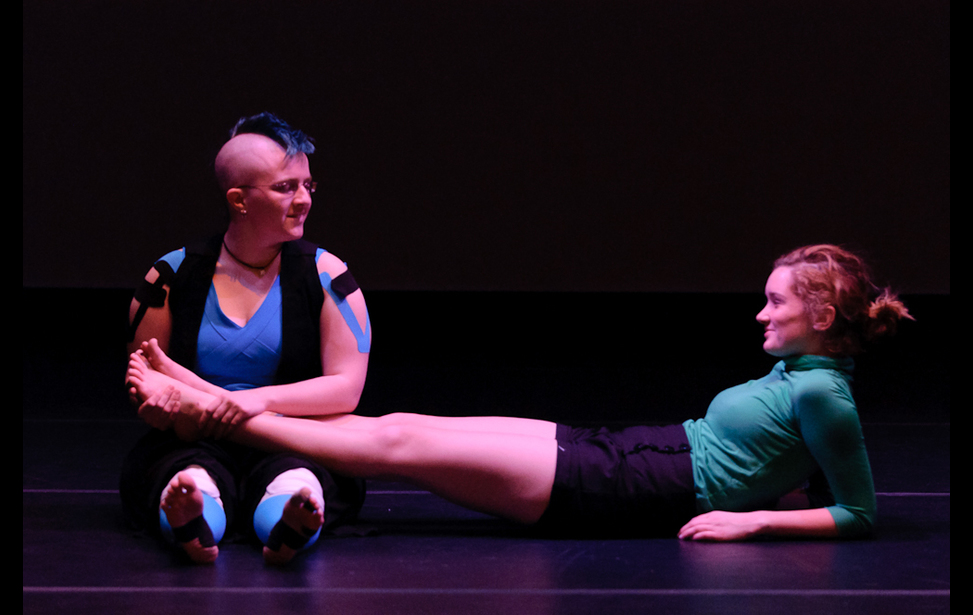 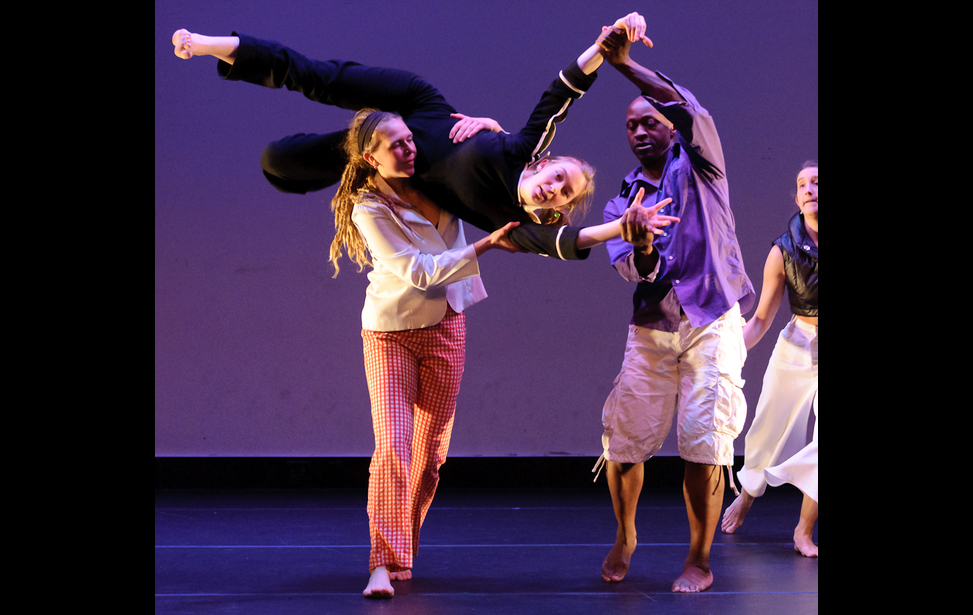 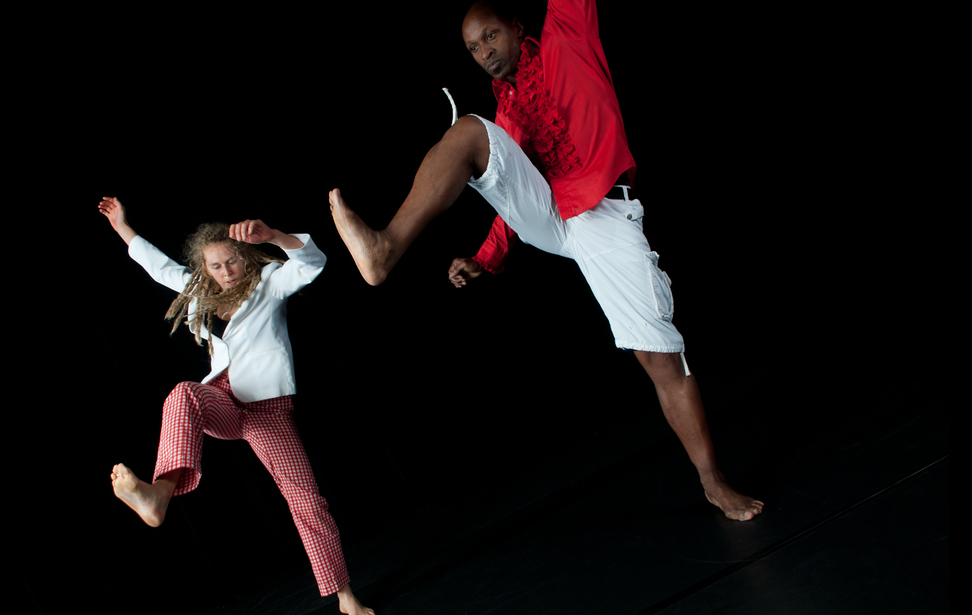 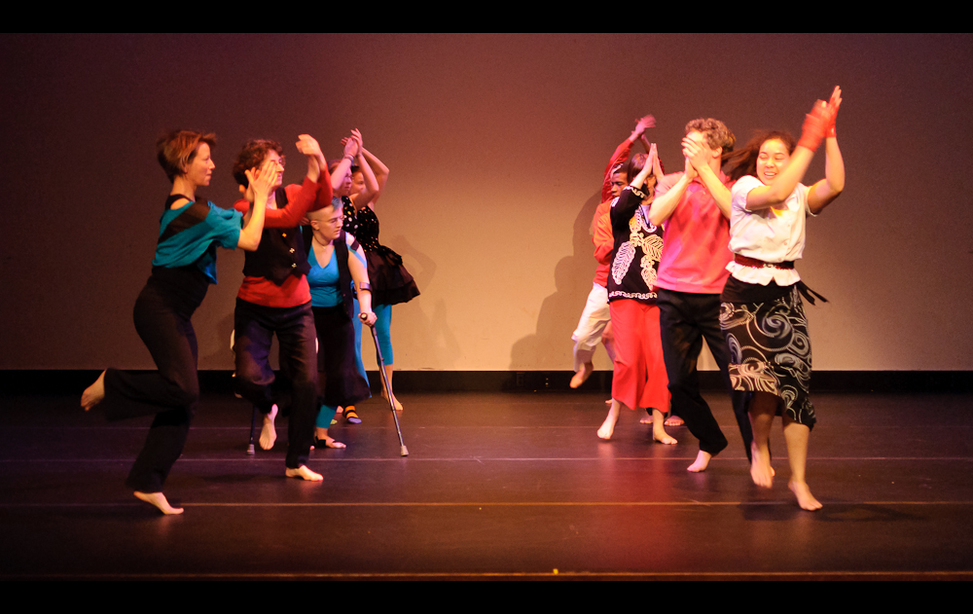 GAINESVILLE, FL  -- Tiffany Rhynard is an artist activist, always questioning and raising the often invisible, untouchable issues she discovers around her. Inevitably, she makes a profound impact on communities by asking them not just to observe, but also participate in her work. Using dance and film, she has created over 50 choreographic works and documentary film works since 1992 that have delved into topics such as consumerism, the concept of what is “normal”, the diversity of movement an entire community possesses incarceration, violence and justice, and undocumented migrant workers. Her work raises awareness, often in humorous yet poignant scenes on screen and stage.

Tiffany Rhynard (as seen in photo 1) joins thalo for an interview to describe her work in the community.

thalo: Who do you make art for?

Tiffany Rhynard: As corny as this sounds, I make art because I have to; it is in my DNA.  I have always possessed an inquisitive nature and been fascinated by the craft of how things are put together and why things are the way they are. Why do people have certain privileges and others miss out? From questioning the treatment of animals (becoming a member of PETA at the age of 15) to speaking out against the Iraq war, I have never been satisfied with the statement “that’s just the way it is.” And this leads into my role as an artist activist. I believe art is necessary; it has the profound capacity to bring contemporary issues into the forefront of social thinking.

th: Who inspires your work about social justice?

Tiffany Rhynard: I draw inspiration from Malcolm X and Dr. Martin Luther King, Jr. just as much as I do from artists like Frida Kahlu and Guillermo Gomez-Pena who were/are active voices from their generation and used their art to speak out and question standard conventions.

th: Can you describe a few of your major past social activism projects?

Tiffany Rhynard: The last four productions with Big APE are probably the most pronounced works of social activism. These include: I’m Right, You’re Wrong, an examination of violence and justice; Disposable Goods, a simultaneous embrace and critique of consumer behavior; Everyone Can Dance, a community dance project celebrating the diversity of movement (as seen in photos 2 - 5); and Subverting Normal, a deliberate attempt to thwart what constitutes normalcy in mainstream culture. My first film, Little House in the Big House, chronicles the lives of four women serving time in a Vermont prison as they participate in a building program where they construct a single-family home from the ground up. I am currently in the beginning stage of creating a new documentary with fellow filmmaker Kathi Barnhill; Dreamers is the portrait of a young undocumented immigrant fighting for a chance to stay in this country and pursue the American Dream.

th: Your creative process doesn’t seem to be restricted to the studio space—where do you find inspiration and how do you work with your dancers?

Tiffany Rhynard:  I think because I wasn’t born directly from the womb of the dance world, I have never felt obligated to follow the rules and do things in a conventional manner. Although I have primarily rehearsed in a typical dance studio set-up, I also utilize other surfaces and spaces depending on the project and what it demands or is intuitively calling for. I am currently working in less conventional spaces due to various circumstances and lack of resources. And although the word “lack” sounds negative and like a deficiency, it has actually been a refreshing change and is informing my process in ways that I would not have explored otherwise. Training and rehearsing in a gym setting, I am on constant display. I am forced to focus deeply and maintain a relationship with reality… the everyday man on the street… because this is who I am most interested in engaging in my work.

th: Many dance choreographers hold auditions and work with trained dancers. Who features in your work?

Tiffany Rhynard: I have held auditions in the past, but I rely heavily on the talents of performers that I serendipitously encounter. I am often more interested in a performer’s background, personality, and openness than I am in their technical dance training, so it is often difficult to re-set work that is tailor-made to highlight and capitalize on the idiosyncratic strengths and talents of those performers.

th: In Everyone Can Dance, a piece initially inspired as a response to the TV show, “So You Think You Can Dance”, you provide an alternative to the idea that dance is exclusive for a talented few by inviting the community to be the dancers in your project. You “re-created” this project three times in small communities across Vermont in 2011, using a cast of 25-30 people of all abilities and ages from the community and a live DJ in performance. What happened as you created this mobile dance network across Vermont?

Tiffany Rhynard: For Everyone Can Dance, I took on an enormous and probably overly ambitious task. But it was also probably the most rewarding experience to date. I learned so much about people, not just how to organize large groups of them, but about the complexities, nuances, and uniquely kinetic elegance that each individual possesses. And that, I believe, was the strength in the look and feel of the work that is demonstrated by this variety in the human complexion, multi-generations, and experience.

th: Will you try the project in other communities?

Tiffany Rhynard: I received an overwhelmingly positive response from this community project. People came up to me who had previously been put off by contemporary dance and said “I get this, and I really like it.” I am interested in continuing this project in other communities. Because of its enormity, the project demands a great deal of planning, partnering with local organizations, and funding for the large cast. But I believe the rewards outweigh the investment; ECD builds bridges among disparate populations and it feeds communities with creative nourishment.

Tiffany Rhynard: Right now I am wearing a lot of different hats! I am doing free-lance work, teaching master classes and setting repertory work, and working on elements from Subverting Normal in both live performance and video form. My latest large-scale project is currently titled The Body is Absent. This is a metaphor for how I view the value of dance in our culture—that it is not present. This statement is also synonymous with the way I see the human body being treated, disrespected, neglected, and de-humanized. There is this distancing of human connection, intimacy, and regard for the intelligence of the body. As a dancer I of course find the body fascinating—it has been my canvas and resource for 20 years. There is wisdom to be obtained from paying attention to the body, how it moves, reacts, and transcends. My goal is to get an audience to empathize with this notion.