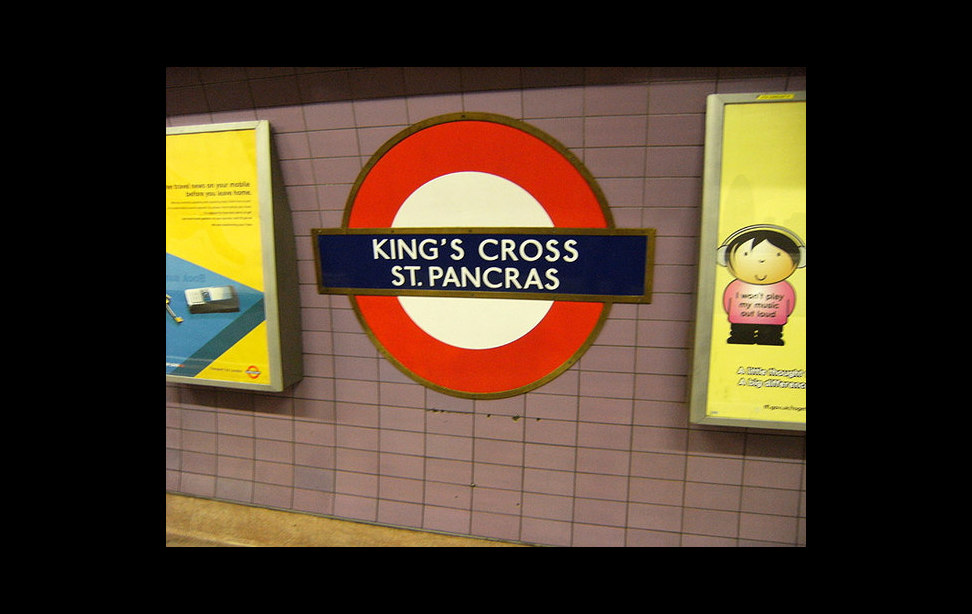 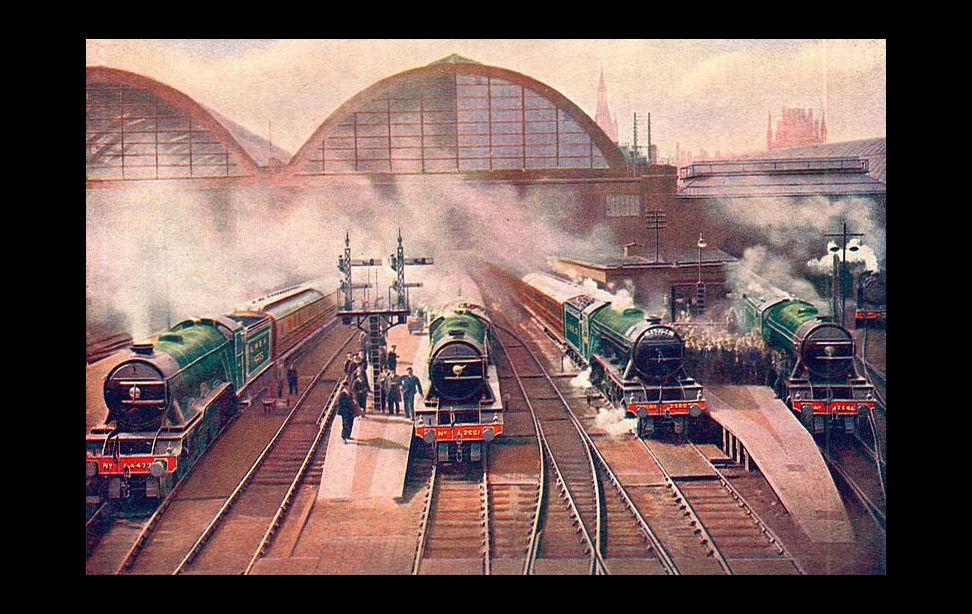 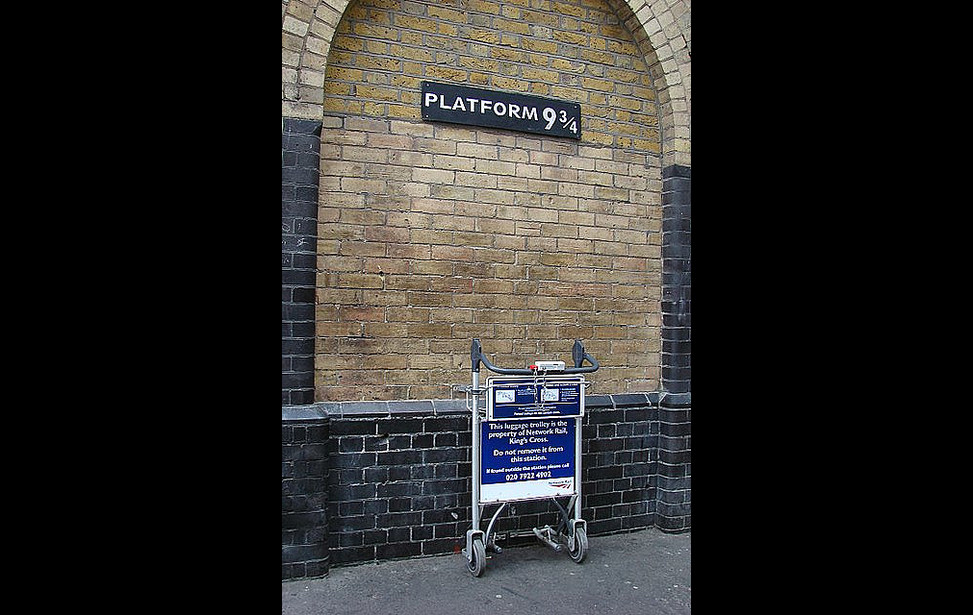 LONDON, ENGLAND -- In recent years, King’s Cross Station on the north side of central London is best known as the departure station for the Hogwarts Express in the internationally-acclaimed Harry Potter series. The King's Cross St. Pancras tube station (as seen in photo 1) is served by more lines than any other station on the London Underground, making it one of the busiest stations in the city.

Plans for the station were first made in December of 1848, with the main part (which today includes platforms 1 to 8) was opened in October of 1852, (as seen photo 2) replacing a temporary terminal that had been established nearby.

King's Cross is the southern point of Britain’s East Coast Main Line. Among its most important long-distance destinations are Leeds, and the Scottish city of Edinburgh. Across the street from King’s Cross is the St. Pancras station, a Midland Main Line terminal, offering transportation to such locations as Kent and Brighton. The two stations operate separately, but as they are in such close proximity, they are often regarded as a single complex, sharing a name on the London Underground network as King’s Cross St. Pancras.  Together, the two main-line stations and their shared underground station form one of the major transportation hubs in Britain, and are also within walking distance of Euston Station, the southern terminal for the West Coast Main Line. With so many travel options in one area, it is easy to see why King’s Cross is busy with commuters and travelers alike.

King’s Cross has seen a few problems in its history. In 1973 a bomb was thrown without warning by an unidentified citizen who was never caught, and injured 6 people. The King’s Cross fire in 1987 killed 31 people. The infamous London bombings in 2005 also directly affected King’s Cross, with at least 2 of the bombs detonating on trains that had recently departed from the station. King’s Cross was closed following the incident, with the ticket hall being used as a makeshift hospital. Partly as a result of these issues, a major redevelopment of the station has been taking place, with phase 1 reaching completion in 2006, and phase two seeing completion in 2011, helping to keep King’s Cross firmly utilized as one of the busiest stations in London.

Interestingly, visitors to King’s Cross who are familiar with Harry Potter and the secret platform 9 ¾ used to access the Hogwarts Express may be surprised to note that Platforms 9 and 10 are in a separate building, and that they are not adjacent with a barrier between them through which aspiring wizards could travel. Rather the platforms are separated by tracks. Author JK Rowling intended the location to be in the main station, and stated in an interview that she mis-remembered the platform numbers, suggesting she had confused it with a nearby station.

When filming the Harry Potter movies, the station scenes took place within the main station, and platforms 4 and 5 were renumbered as 9 and 10. In Harry Potter and the Chamber of Secrets, the exterior of nearby St. Pancras station was used, since its gothic façade was preferred over the façade of King’s Cross. Nonetheless, within King's Cross station, a "Platform 9¾" sign was erected on a wall in the building with the real platforms 9 and 10. (as seen photo 3). As homage to the concept of traveling through a barrier to get onto platform 9 ¾, part of a luggage trolley was installed below the sign with just the back end visible. However, due to problems with crowds and the renovation work within King’s Cross Station, the trolley has been moved to an exterior wall on Euston Road. Less famously, King’s Cross is also mentioned in some Sherlock Holmes stories, Dr. Who, and League of Extraordinary Gentlemen.