Sculpting Snow Is The Fun of Winter 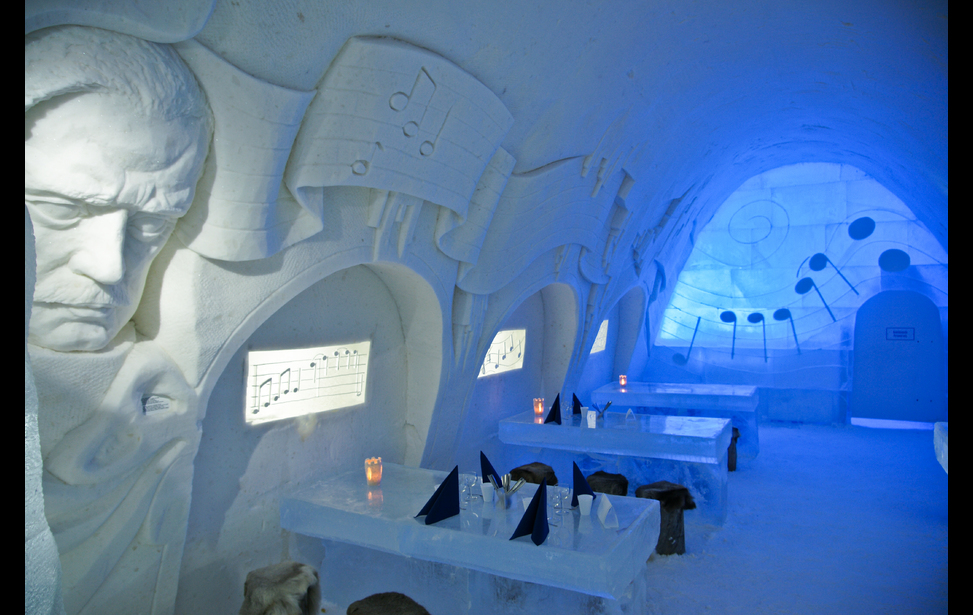 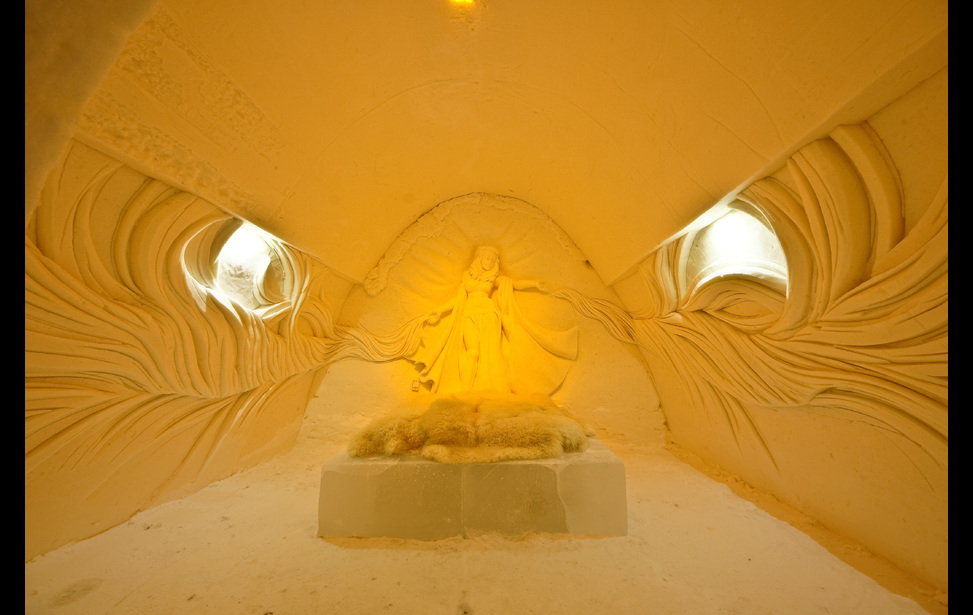 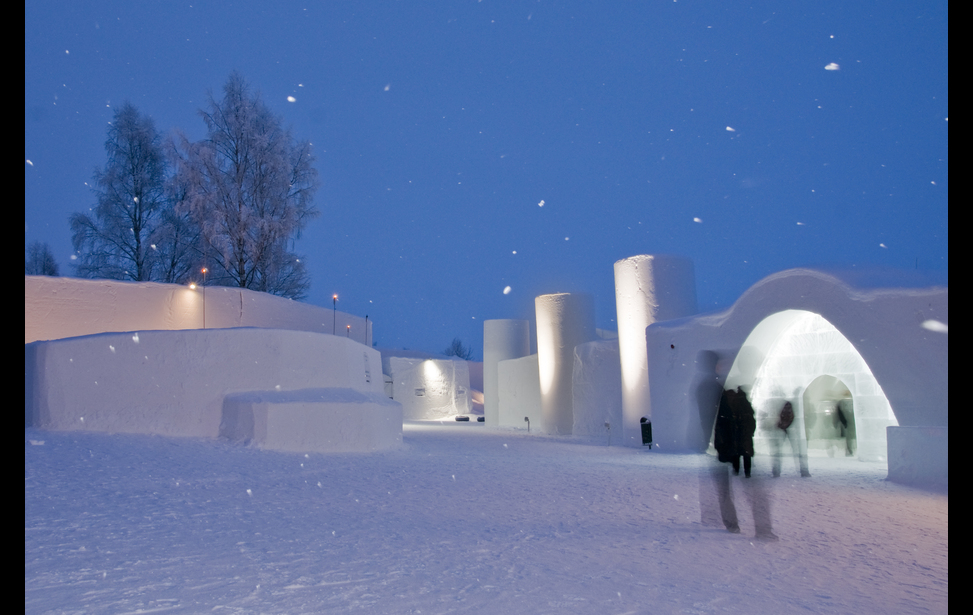 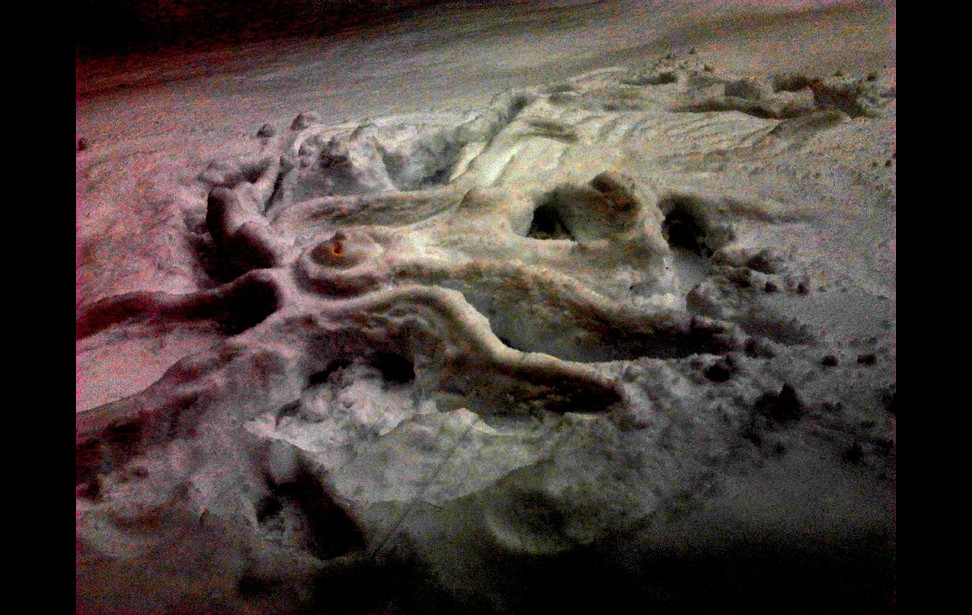 KEMI, FINNLAND -- In pure white all colours are contained, but hidden. In frost, all flavours and fragrances are suspended. In snow, all shapes can be sculpted.

It falls in many forms and has an incredibly varying consistency. Snow is 'The Beautifying Element' of the nordic landscape, reflecting light and producing endless relief into the dark period of the year. While the element is free and readily available about six months of the year, shaping your imagination with it can be tricky. Still, from childhood to old age, the magic of snow can be revived and enjoyed year after year, global warming permitting.

It draws people out of their warm homes to embrace the fun side of winter - and not only the children. Adults have embraced this playful activity and made it into a sport: snow sculpting competitions have become popular in Finland. Then there is the giant snowcastle rebuilt yearly in Kemi, the Las Vegas of snow in Northern Finland, functioning as a hotel, restaurant and a wedding chappel. (as seen in photos 1 - 3) Constructed by the best snow architechts and sculpted by professional designers (Frostiart) the beautiful wall decor and luminous atmosphere would be an igloo-dweller’s dream come true.

The basic introduction to snow sculpting is simple: go out and play! Anyone who has built a snowman knows the simple pleasure of shaping the white mass and then watching it decay in the mercy of weather. Depending on the temperature, the snow turns from fresh powder into heavy slush and it can be tricky to find the day when it is at the right consistency, between -3 -9ºC. The day after a big snowstorm is usually the best. The equipment must include woolly socks and waterproof boots and layers of clothing. Good gloves are the best tool for sculpting snow, but others include shovels, brooms, picks and water to be splashed on for the smooth, hardening effect. A bit of freezing tingle in your toes and fingers is part of the experience and can soon be forgotten over a cup of hot chocolate, gazing out the window at the ready-made creation.

Snow is a beautiful reminder of impermanence, but also has a deeper meaning to the nordic people. It brings with it the dark of winter, a deadly cold climate which literally buries the nature under white veils. Snow is a constant reminder that man cannot survive in its realm without fire, shelter and food reserves. At least shaping it gives some power to the artist. Even spring will take months to melt the statues of snow away. The melting piles of snow often tease the imagination as vague reminders of forms. This renews the ambition of a sculptor for the next endeavour and may leave the viewer of decay poetic about the seasons passing.

My personal venture into sculpting was particularly challenging. The snow had layered so the heavy, packable snow layed on top of pure, unsupportive powder – there was no way to build towards the sky. Hence a white maiden laying upon her canvas is all I could sculpt – only to be buried by a heavy snow storm minutes after completion (photo 4).