THE MUSEUM OF RECLAIMED URBAN SPACE 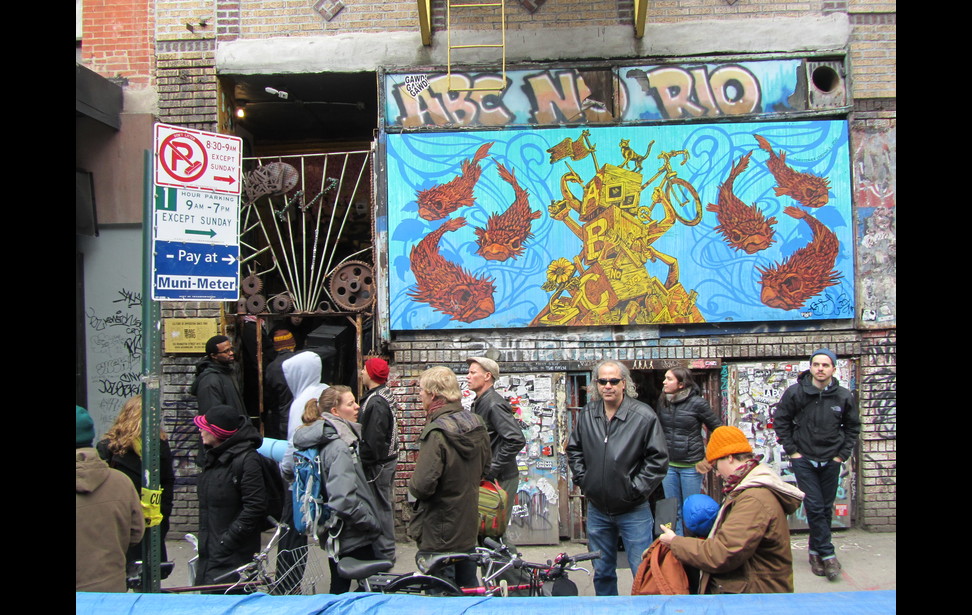 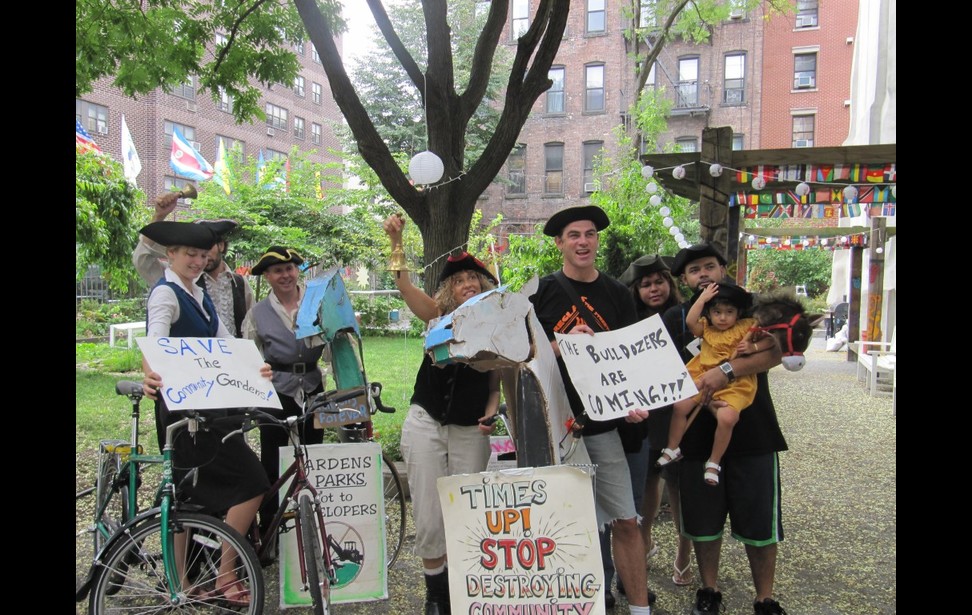 Starting with the financial crisis of the 1970s, confrontations over control of urban space in the East Village have remained mostly behind-the-scenes. Co-directors Laurie Mittelmann and Bill DiPaola wanted to start the museum to tell the story of how people have taken over abandoned buildings and properties and transformed them into sustainable community housing and gardens.

thalo interviewed Laurie Mittelmann to discuss the inception of MoRUS, its current status, and ways to get involved.

thalo: How did you come up with the idea for this project?

Laurie Mittelmann: I have been involved in local community services for six years. My co-director, Bill DiPaola, is part of a local environmental group concerned with public transportation and cleaner cities through preservation of community spaces. We noticed that a lot of grassroots movements are being lost. In a way, they’re being stolen by corporations.

I don't want to say anything bad about Bloomberg or Spitzer or any of those people, but they are very often credited for the success of community gardens in East Village. But they stepped in later in the game. There were hundreds of local residents working together to fix up lots and staging massive demonstrations before anyone with money stepped in and advocated. So we decided to preserve the real history of grassroots activism with a museum that would be based on tours of the local community.

th: How does your background affect your plans for the museum?

LM: I myself am inspired by tourism and make it a large part of what the museum is. I worked in Christiana, Copenhagen, as a Christiania Researcher in Residence (CRIR). It's the largest squat in all of Europe, with around 800 adults and 200 children. There are amazing buildings and gardens that they built themselves out of an old vacant mill building.

th: What stage of the process are you in now?

LM: We're working nonstop to open the museum. It seems like such a slow process, but we did manage to go from concept to reality within the last year. The project requires so much work; I could go on and on. There's never a day when we don't have a million things to do. Construction always takes twice as long as you expect it to be, so the storefront is one of our big obstacles right now.

Our grand opening exhibition—Squatting Gardens 101—will be an introduction to squatting gardens (as seen in photo 1) for the neighborhood. We'll have rotating exhibitions as well, and we have a lot of different ideas for what we want to do. One idea is to do a protest exhibition (as seen in photo 2) or even stage a protest fashion show. It's important to remember that the museum is not just a storefront location, but a living part of the grassroots community. We plan to start out with three basic tours for the public: a community garden tour, a squats and homesteads tour, and a mixer of squats, community gardens, and the work of grassroots organizing.

There are many ways to help the Museum of Reclaimed Urban Space open to the public, from donating to volunteering. Please visit www.morusnyc.com for more ways to get involved.

All photos courtesy of Laurie Mittelmann