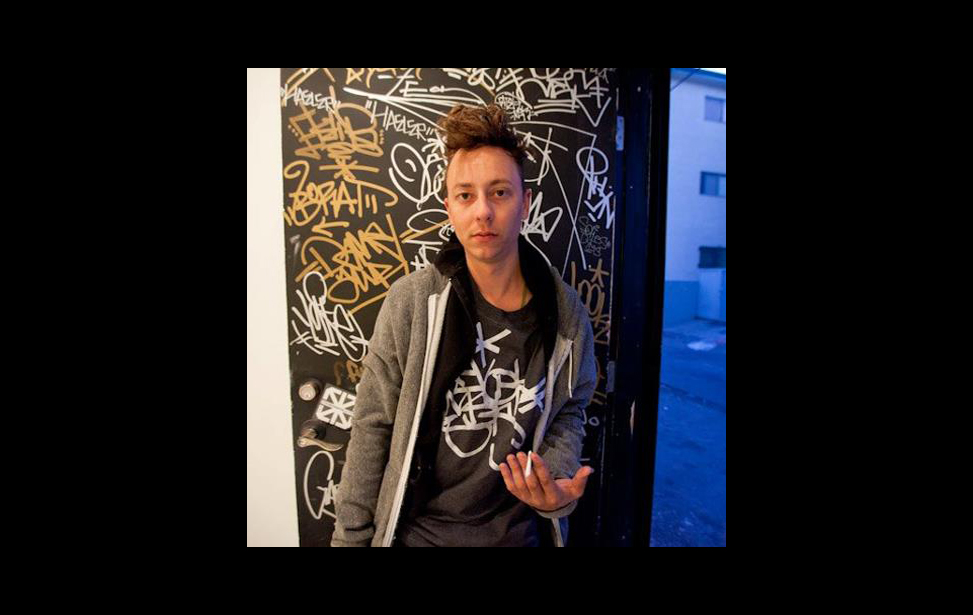 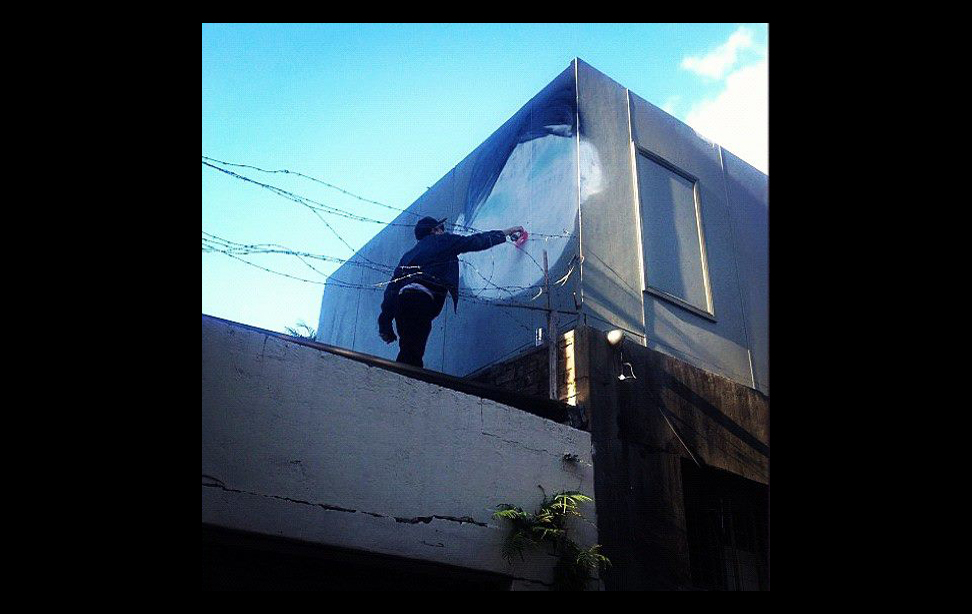 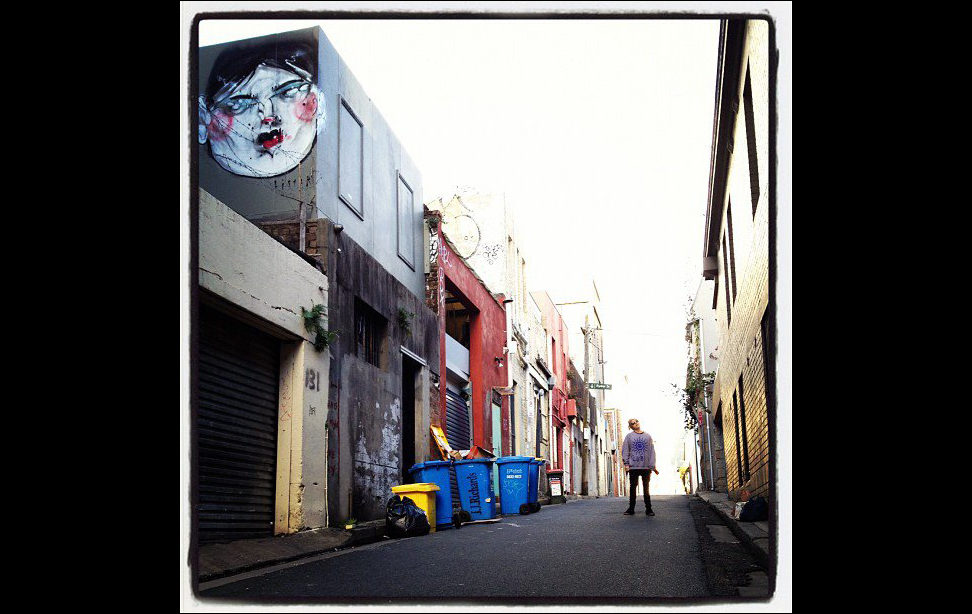 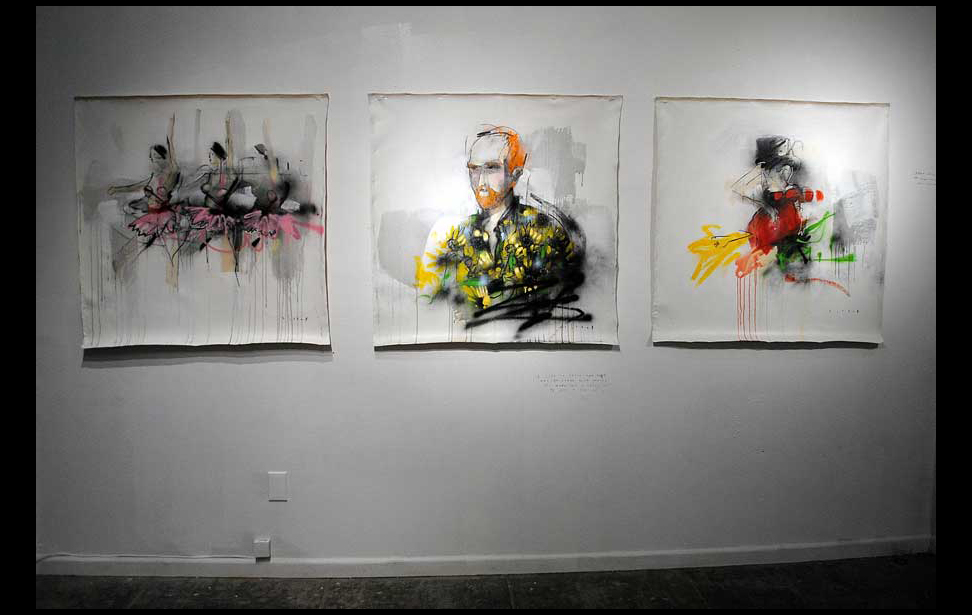 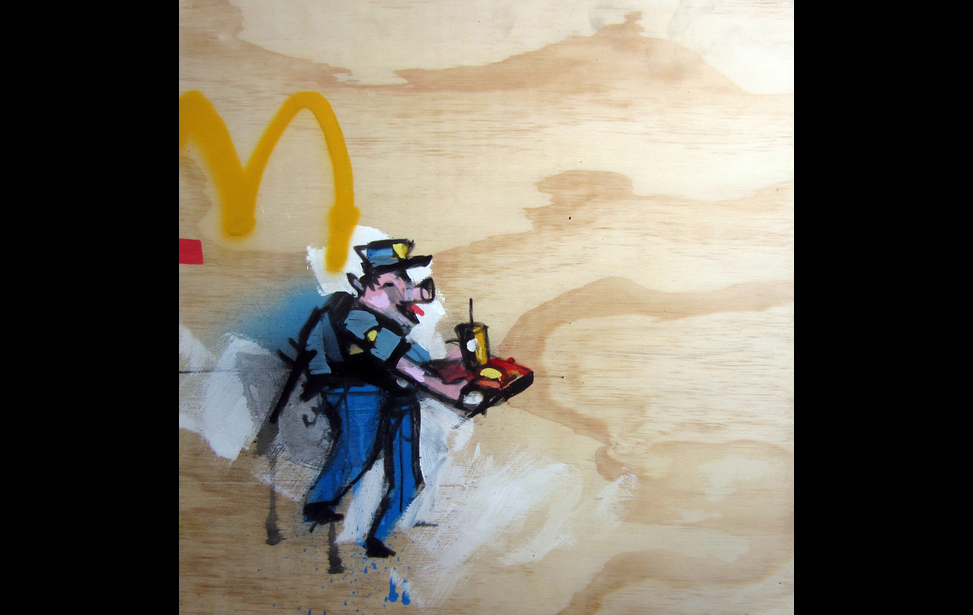 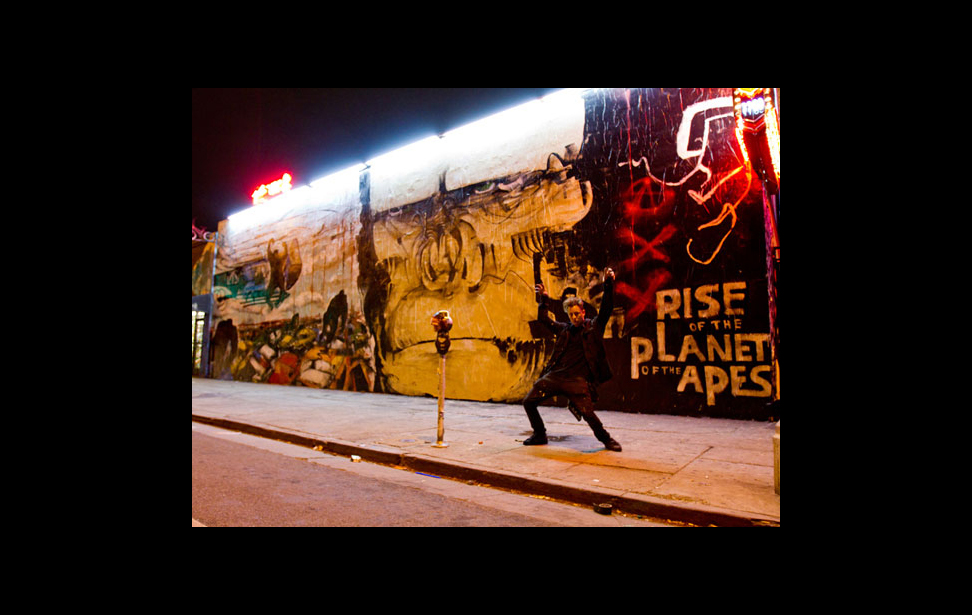 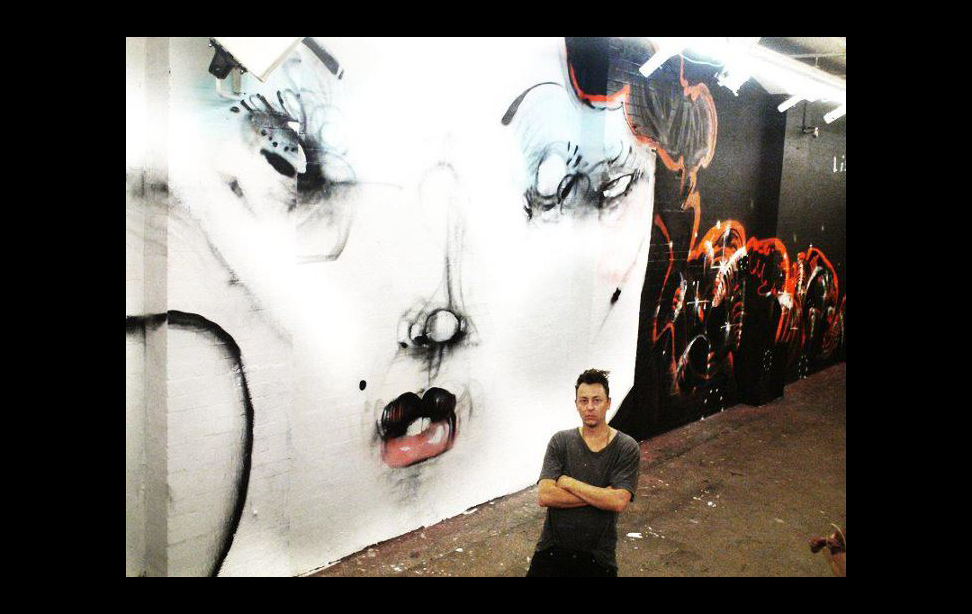 Anthony Lister is a street artist, fine artist and commercial artist. When not in his home country, the Australian native can often be found in Europe or the U.S. painting urban murals or putting up new shows and installations.

His art is gritty and edgy, whether he does it guerrilla-style in the street, commissioned as an advertising mural, or for a curated solo show at a high-end gallery. Because no matter where his work is being shown, he does it with a carefree attitude and a casual yet painterly style not often achieved by a can of spray paint. And like his work, 32-year-old street artist Anthony Lister can sometimes be gritty and edgy too (as seen in photo 1).

The native of Brisbane, Australia, does a lot of traveling to make and show his art. When I contacted him for an interview, he had just returned from a trip to Sydney, Australia, and was jetting off to New York the following week. Other frequent locations are Melbourne, London, San Francisco, Los Angeles, Berlin, and Milan.

On the street, he’s just Lister. He got interested in creating art at his grandmother’s house at about 7 years old, and adds “I used to paint at skate parks with friends from the age of 14, but started doing pictures in the public and signing Lister when I was around 17. Why? ‘Cause I was bored.” (as seen in photo 2)

Often his street art features huge faces, because, he says, “A face on the street represents freedom. When I’m painting on the street I don’t want to sweat over problems that I don’t feel comfortable solving in the public world or in front of an audience, because that’s often what painting in public turns into. I do faces because emotion is interesting to me.” ( as seen in photo 3)

He’ll paint anywhere he wants to, whether he’s officially allowed to or not. “I don’t care,” he claims. “If I want the spot and its haggard then I’ll take the spot.” And yes, he has gotten in trouble before for painting in the wrong place. But again, he doesn’t care.

In the gallery, he’s Anthony Lister and considers his work to be on a completely different level. When I asked how his street art compares to his gallery work, he replied, “It doesn’t. My street work is for the street. My gallery work is for the cannon of fine art.” (as seen in photo 4)

I was surprised at that, because to me he brings a uniquely urban street vibe into the gallery, spray painting his canvases and sometimes even the walls around them in one continuous installation piece. But it turns out the thought process is different, because when working in the studio he says, “I’m thinking conceptually and aesthetically, reflecting about anti-beauty, adventure painting and problem solving; whereas on the street I try to keep it simpler for myself.”

He calls himself an “adventure painter,” and says it’s all about the process of experimenting and developing. “I feel like I’m only as smart as my last decision; I’m only as good as my last production, so I’m trying to make better paintings than I did yesterday, today.”

In the spirit of that, his favorite piece at the time of our interview was one he had just made, depicting “a policeman eating free McDonald’s.” (as seen in photo 5) But tomorrow, or next week, he’ll likely have a different work in his heart.

Occasionally Lister will do street art for a commercial client, like when 20th Century Fox Home Entertainment hired him to create a huge mural in L.A. for the Blu-ray and DVD release of the movie Rise of the Planet of the Apes ( as seen in photo 6).

But he says it’s not often, and it’s no different than his regular street art because he does what he wants either way. I was surprised by that answer too, because of course the subject matter is likely going to change depending on who the client is and what they’re advertising… but it’s clear that Lister doesn’t give anyone editorial or creative control of his work.

His favorite medium is spray paint, especially fat cap in flat black — but he’s been seen with large brushes and rollers in his hands at times too. Amazingly, he gets a very painterly style from these tools, with a depth and quality that’s not often found in graffiti (as seen in photo 7).

Now a family man with two kids, Lister is typically evasive about how being a father has affected his work. “Blah,” he says. “It’s got better, I’m sure.” And with an ongoing aim to make better paintings every day, how could that be anything but true?