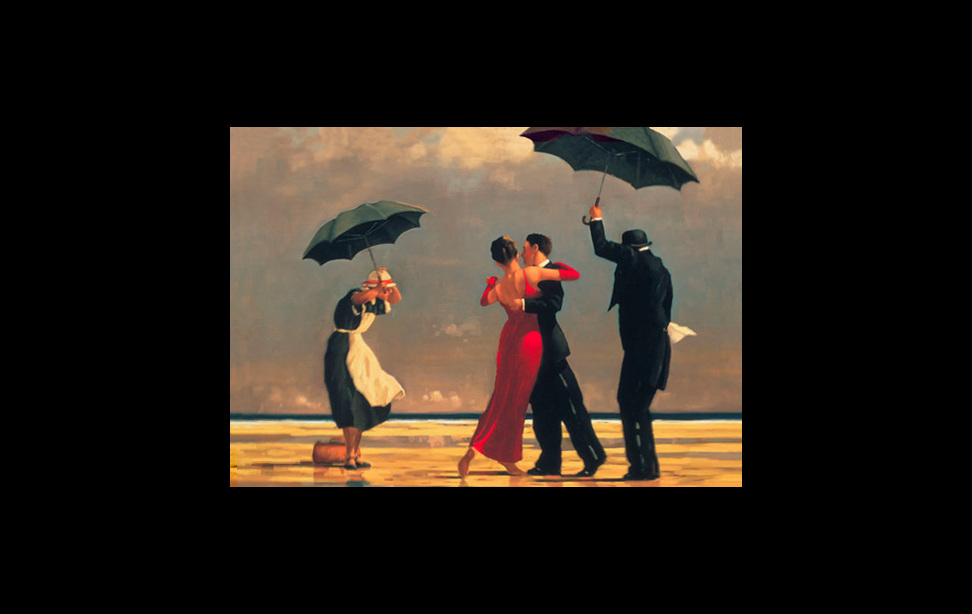 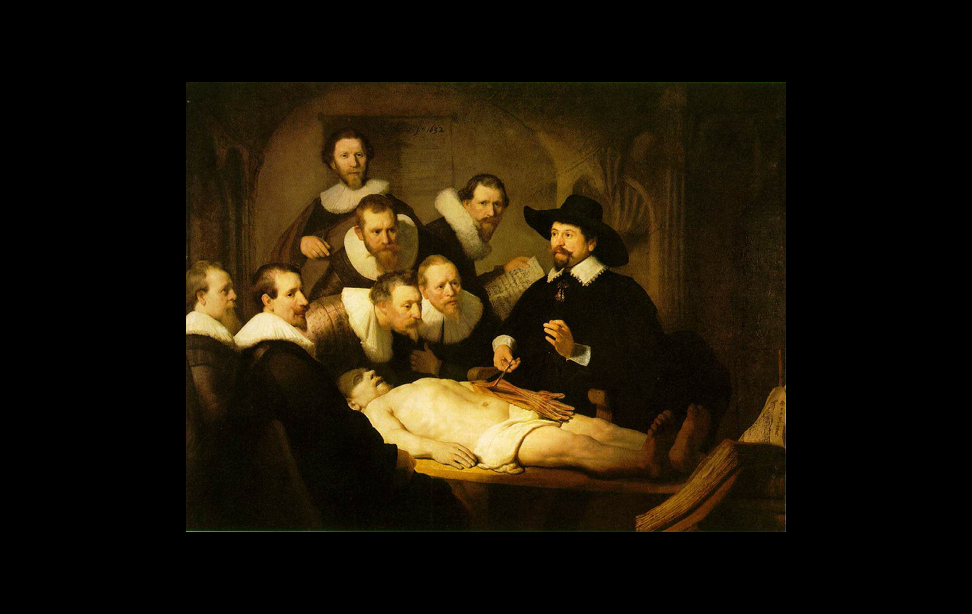 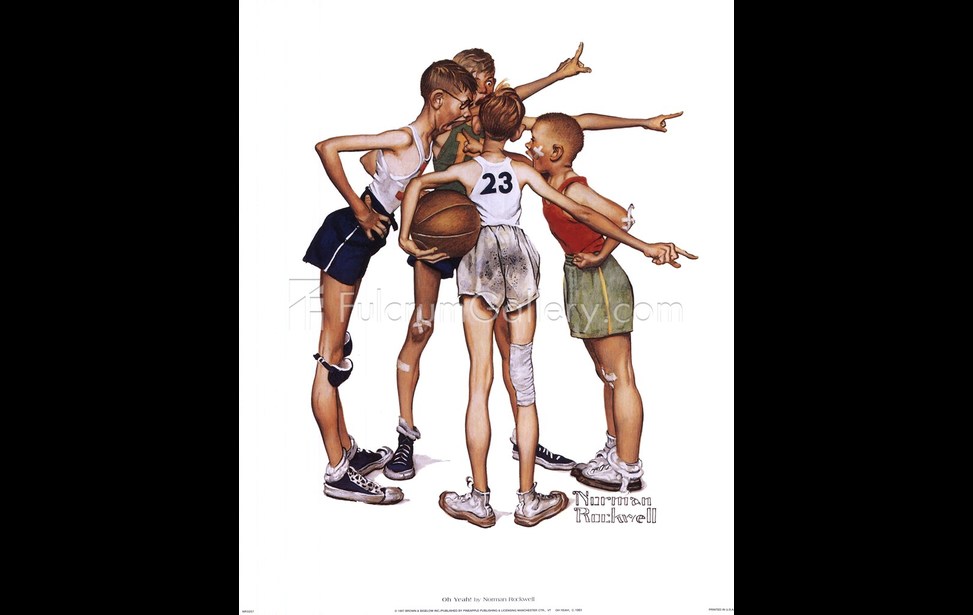 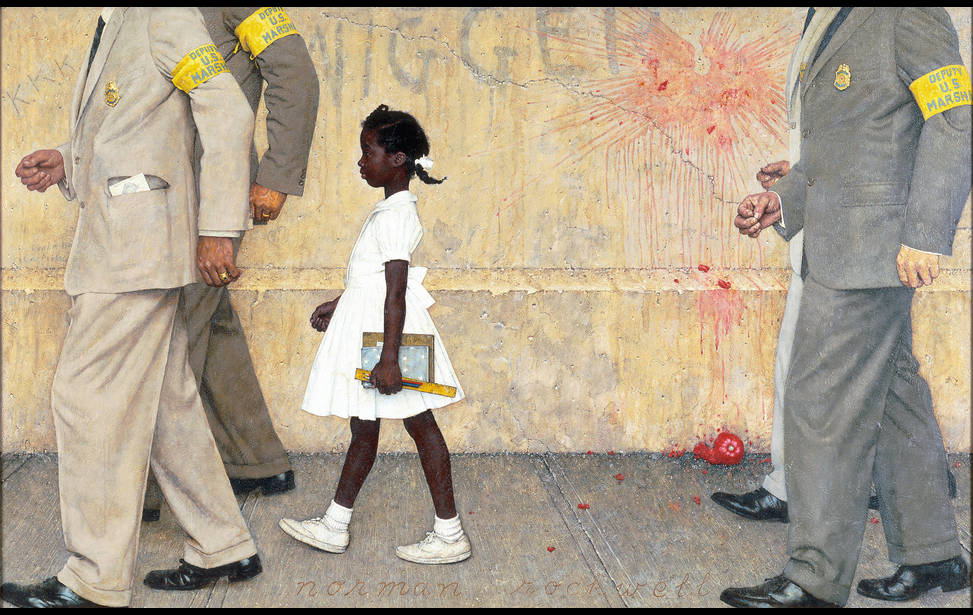 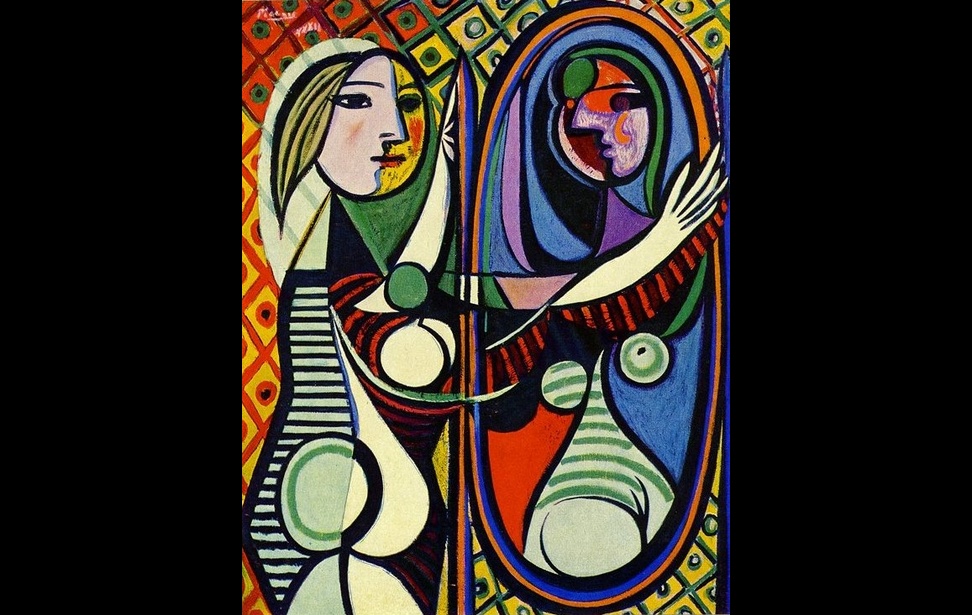 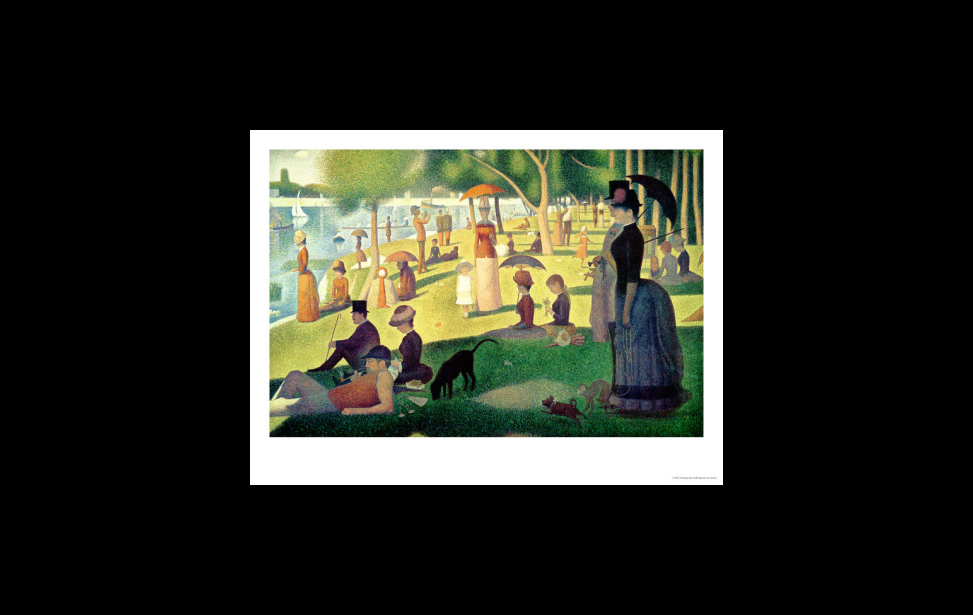 NEW YORK, NY -- To me, a perfect painting tells a story. Walking through the Museum of Modern Art in Manhattan (MOMA) is like walking through a library full of thousands of hypnotizing stories that I would love nothing more than to fall in to. The story flows through my mind like a film strip. I set the scene and compose the soundtrack. Sometimes, I even cast the actors that would bring the emotion of the painting to life. Yep, it's dorky but, it's also my way of connecting and interpreting. Here are 5 paintings that I think would make entertaining movies.

In 1927 Marie Therese Walter, 17 years old, met Paublo Picasso, 45 years old, at a department store in Paris. That chance meeting sparked a love affair that became the inspiration for some of Picasso's most memorable works. "Girl Before a Mirror" is a colorful example of their time together.

Movie Idea: When Picasso met the vibrant and young Marie, he was unhappily married to his first wife. Marie became his muse and lover, breathing new life into him. The affair lasted until, in 1936, Picasso found a new romance with 54 year old Photographer Dora Marr. Marie was left with heartache and the child she bore him, Maya. I want to see their story. The film follows Marie through her first romance with the famous painter. A colorful reenactment of love, lust, art and loss.

Director:  For the director of this film, I chose Joe Wright ("Atonement", “Pride & Prejudice", and “Anna Karenina"). His films have such romantic, melancholy nature to them. I remember watching "Atonement" and just thinking "It's so beautiful". And the colors! I think in this case the Cinematographer is just as important as the Director. Seamus McGarvey worked on several movies with Wright and would be perfect person to bring the color and bright life from Picasso's paintings into the story.

Cast: I believe Jennifer Lawrence would be the perfect actress for Marie. She's young, beautiful, and has proven time and time again that she has the chops to take on any role. I believe her charm could bring the woman who struck Picasso so suddenly to form. For Picasso I had a bit of trouble. Then it became clear... Stanley Tucci. He is such a brilliant actor. Tucci truly steps fully into the characters he plays. I don't think he can do any wrong. They can cast him as an African American woman from Alabama and he would get praise and an Academy Award nomination.

Definitive Shot: Marie stands looking in a full length mirror as Picasso lounges on the bed looking at her. She stares at her body, taking in the curves and beauty of her youth, wondering how long it will last. Picasso stares at the scene seeing nothing but absolute perfection.

Movie Idea: Such a peaceful painting just begs for chaos. After a body is found floating in the Seine, Paris is turned upside down by the unsolved murder. The question on everyone's mind of course, who did it? This Historical Dark Comedy follows a hilarious group of suspects all seen near the victim as he enjoyed his final hours on Lle de la Grande Jatte. Everyone has an opinion. Everyone pointing and accusatory finger. The question is, who had the motive?

Director: Yes the film is set in Paris but, I see this movie a sort of a British satire complete with an ensemble cast and clever, quick talking. I would want the director to be Jonathan Lynn ("Clue", "Wild Target") joined with the writing expertise of John Cleese ("A Fish Called Wanda", "Fierce Creatures"). Both men know how to bring the laughs while tackling such a dark subject.

Definitive short: Cheery faces gathered for a beautiful, sunny afternoon in the park. Many, including our ill fated victim, enjoying conversation and leisure.

"The Singing Butler" By Jack Vettriano (as seen in photo 3)

"The Singing Butler" shows a couple dancing on the beach as a maid and butler hold up umbrellas against the impending storm.

Director: Adrian Lynn (“Lolita", "Fatal Attraction", and “Unfaithful") would be an amazing director for a film like this. His films usually center on passionate, lust driven characters. I feel he would be able to pull you in to the enraptured atmosphere that the main character revels in.

Cast: Rachel Weisz. I once saw a picture of her and thought "She looks just like the woman in all those Jack Vettriano paintings". I would love to see her take on a role like this. For our protagonist, I picked Guy Pearce. He just seems like he would be perfect for both sides of the character. The bumbling writer and the suave, captivated lover.

Definitive Shot: The couple dance on a beach seeing nothing but each other. Not the storm or the others around them. Spinning, spinning, spinning in more ways than one. He is a drowned man now and she knows it. They dance. She laughs.

"The Anatomy Lesson of Dr. Nicolaes Tulp" By Rembrandt (as seen in photo 4)

This painting shows Dr. Nicolaes Tulp conducting an open autopsy for a group of surgeons and observers. He is demonstrating how the muscles of the arm are attached.

Movie Idea: Listening to the song "Danse Macabre (Opus 40)" while looking this painting can change the way you view the actions. A sickness is creeping its way through the city of London. All those infected seem to crave only one thing, human flesh. This historical zombie flick follows a city under a terrifying plague where doom lurks in every dark corner. The number of those infected growing by the minute. The chances of survival, diminishing. There is only one man who has survived this plague before. He is the only one who can help them all... Dr. Nicolaes Tulp.

Director: The choice for the perfect director ended up being a tie for me. The first, Quentin Tarantino. With his last 2 historical movies, "Inglorious Bastards" and "Django", I can see him doing this zombie flick justice. Plus, he's not afraid of a little gore. The second, Joss Whedon. Did anyone see "Cabin in the Woods"? I've been a fan of his for a long time and I know he could make this clever and entertaining. So, if you want an horror, gory zombie fest with a boss soundtrack, Tarantino. If you lean more towards the heroic, comedic parody, Whedon is your man.

Cast: The first person that popped in my head was Leonardo DiCaprio. I have never seen that guy do a bad job. He would be so amazing in a film like this. Leo for the win!

Definitive Shot: One of the flesh eating creatures lies dead on a table. Dr. Tulp opens its arm to show the men what happens inside the body when infected. He explains the disease and measures they all need to take to defend themselves.

The Artwork of Norman Rockwell (as seen photos 5 - 7)

Norman Rockwell's illustrations were famous for showing everyday life of American Culture. I couldn't just pick one. His illustrations read like a storyboard.

Movie Idea: Three old friends return to their home town after receiving news that a childhood buddy has fallen ill. They reminisce on growing up in a time where all anyone wanted was the classic American dream. Rock -n- roll music, first kisses, integrated schools, and the pangs of being a teenager. Follow these 4 "blood brothers" down memory lane.

Director: I love Clint Eastwood's work. I love the simplicity and the way he tells a story. A movie like this would be completely different for him and I am seriously curious to see what he would do with the story.

Cast: Oh boy. This was fun for me. My cast would consist of Clint Eastwood, Tommy Lee Jones, Danny Glover and Helen Mirren. There is honestly no explanation needed. They are all amazing and could make this Oscar worthy. As for the child cast, I honest have no idea. It would be amazing to see new faces playing the younger versions.

Definitive Shot: The amazing thing about Norman Rockwell is that so many of his illustrations could make it into the movie. I picture them going into a flashback, starting with one of his drawings and then making it into a live moving image. In this film, almost everything is a definitive shot.