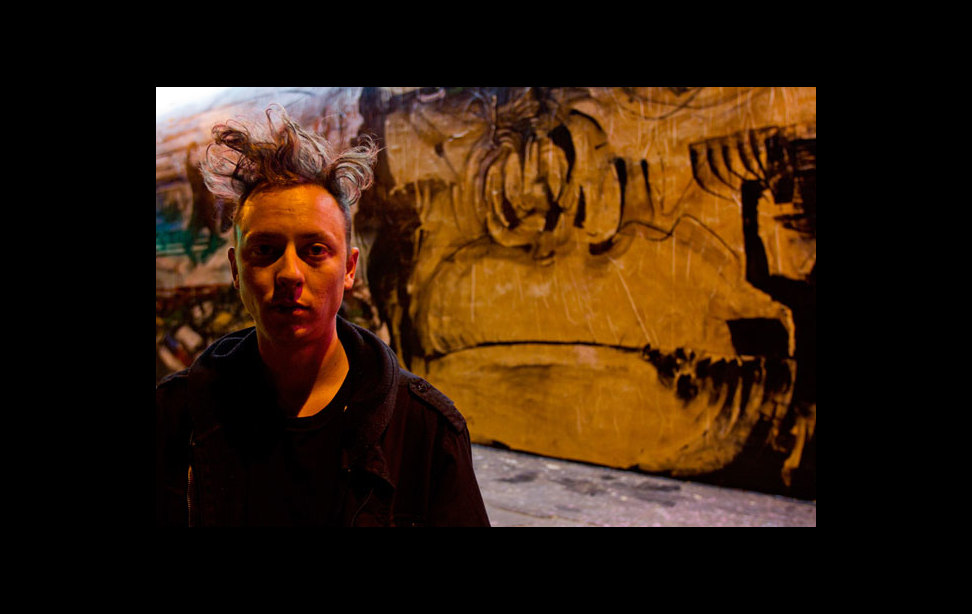 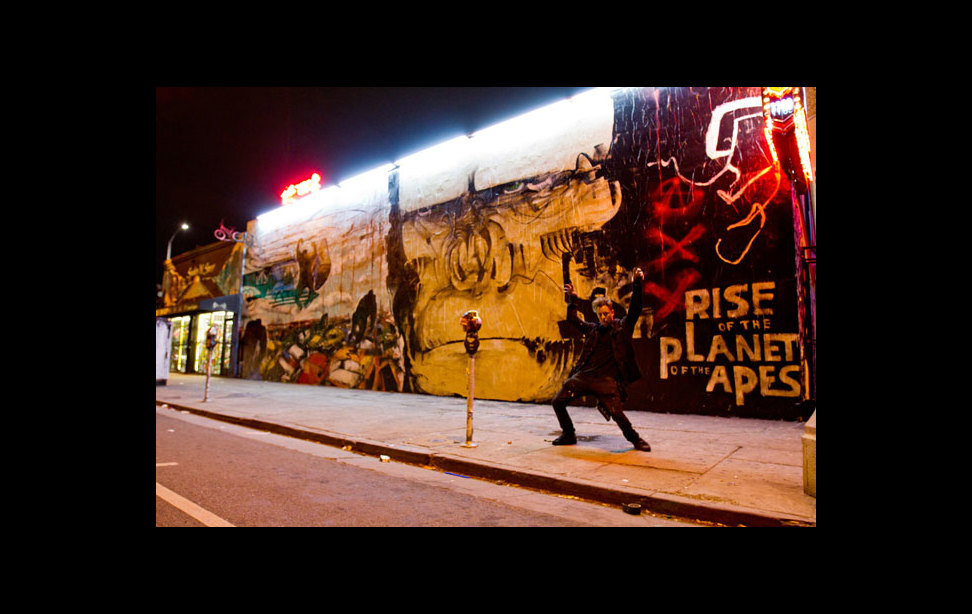 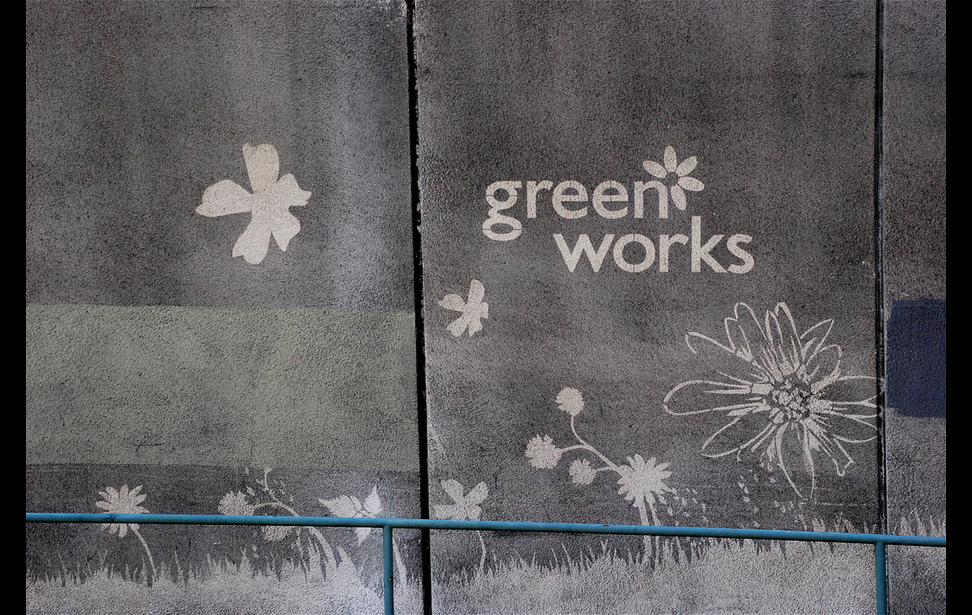 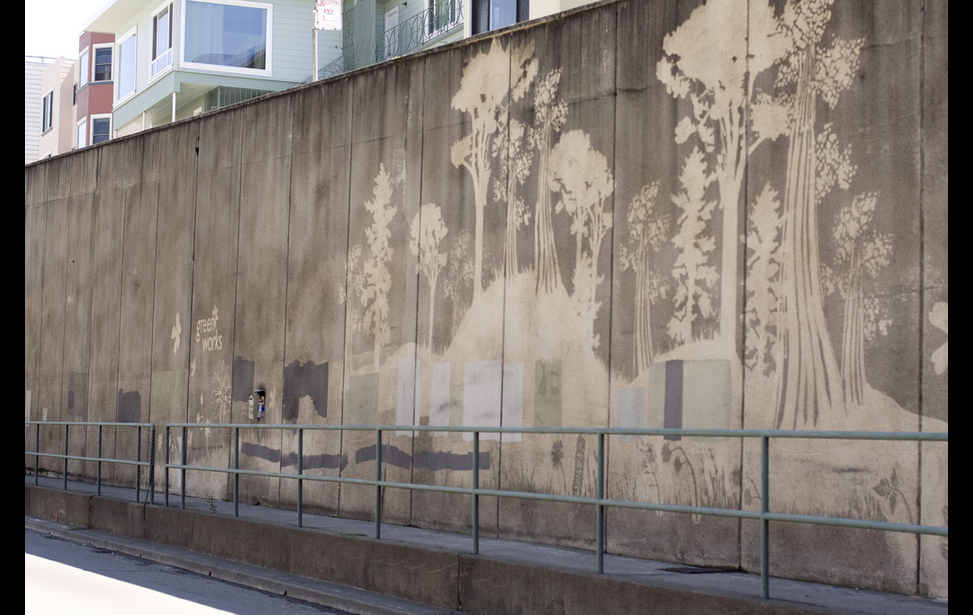 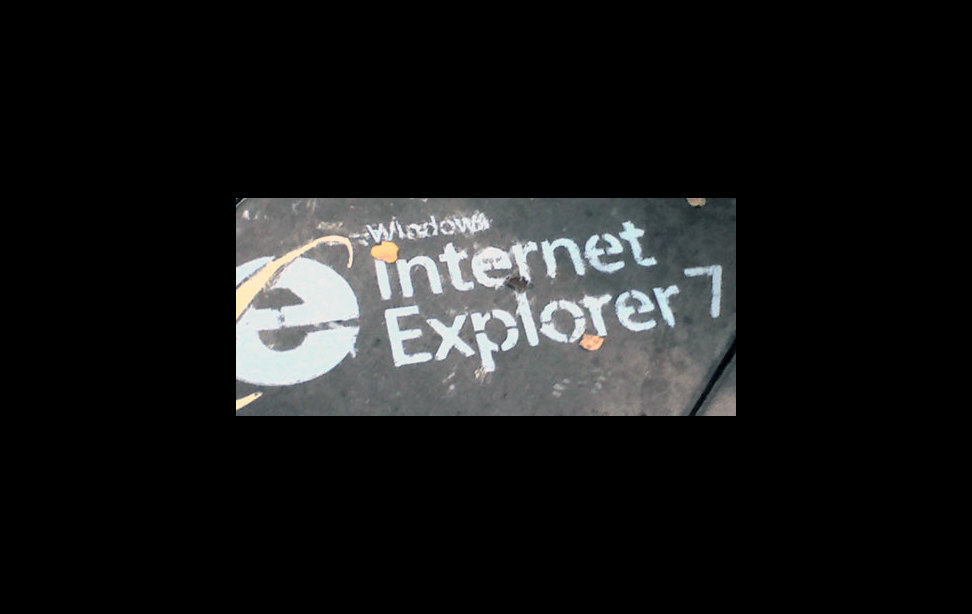 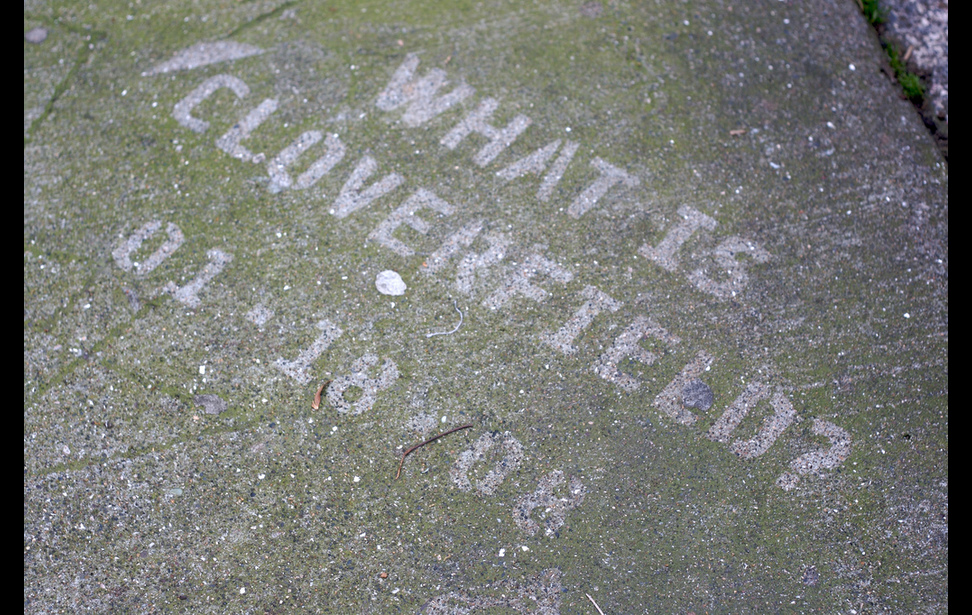 When it comes to connecting with an audience in a unique, accessible and “cool” way, advertisers sometimes turn to guerrilla marketing techniques. This includes street art, such as graffiti, murals, chalk drawings, sidewalk art, and the new “reverse graffiti” ecological trend. The confusion for viewers is whether they are looking at art… or an ad. But when the lines are blurred in a work that’s aesthetically pleasing or makes a statement bigger than the marketing message, perhaps it doesn’t really matter.

Chances are you’re used to seeing advertisements, signs and billboards when you walk down the street. And if you live in the city, you might be used to seeing street art, such as graffiti or murals, as well. But sometimes, creative guerrilla marketers can cross the line between ad and art. The burning question that’s inspired hot debate is, does the process make ads cooler and more artistic; or does it cheapen art into a “sell out”?

Street artist Anthony Lister is well acquainted with expressing himself on walls, using spray paint in his signature painterly graffiti style. He considers that to be a hobby, while his real art is housed in galleries — although the street-friendly style and medium continues even in his more cohesive installations.

Sometimes the Australian artist (as seen in photo 1), who now lives in L.A., turns his hobby into a gig. In December, 2011, he was hired by 20th Century Fox Home Entertainment to create a gigantic mural to mark the Blu-ray and DVD release of the movie Rise of the Planet of the Apes.

The work was located in the hip Melrose Avenue shopping strip, on De La Barracuda Boxing Club’s exterior wall, which is well-known for rotating temporary murals that are sanctioned by the building owners. To help them continue to support those artists, sometimes they rent out the space to commercial pieces like the Apes ad.

In this video, Lister completes the mural and explains his affinity for the project.

“I have been a fan of Planet of the Apes since I was a little kid,” said Lister in the official press release. “To create a mural in my style for the release of Rise of the Planet of the Apes is pretty awesome.” (as seen photo 2)

Meanwhile, Alt Terrain  — a street mural ad company that works in almost 30 major cities in the U.S. and Canada — capitalizes on the ability to blend “creative street art with brand advertising” through hand-painted murals.

The pieces are done by respected urban artists to give street cred and buzz marketing appeal to the ad campaigns, which often spread over several cities. Their clients include high-profile companies like Toyota, Shell and Disney.

Instead of using paint as the medium of creation, reverse graffiti uses dirt and grime — or, rather, the removal of it — to create environmentally friendly art with a conscious message. Basically, artists wash and scrape off years of built-up soot, using sponges, scrub brushes, pressure washers and stencils, and working backwards in layers. The intention is to give a slight glimpse of what the location used to look like, and how it could be again.

But it’s not just artists who want to change the world, or be seen as making a positive statement. Not surprisingly, advertisers love the idea too (as seen in photo 3).

UK artist Paul Curtis, a.k.a. Moose, is one of the pioneers of this technique, also known as clean tagging. In his hometown he was commissioned by clients, such as Smirnoff vodka, who wanted to convey a sense of being clean.

He then partnered with Clorox’s eco cleaner Green Works to create a Reverse Graffiti Project in San Francisco’s Broadway Tunnel in 2008. The 120-foot mural depicts Californian vegetation, which used to grow where traffic now speeds by (as seen in photo 4).

Green Works recently continued the trend by hiring Kiji McCafferty, a.k.a. Mr. Kiji, to create a similar art installation in a busy Los Angeles underpass in May, 2012. The idea behind this Reverse Graffiti Gallery was to convey the message that cleaning can be inspirational, beautiful and natural, as explained in their viral video.

Taking both the mural and the clean graffiti techniques to the street, literally, sidewalk art gives a new perspective of what an ad can be — something to be walked all over (as seen in photo 5).

Go Gorilla Media is a New York company that specializes in guerrilla marketing of various types, including sidewalk advertising. They say their clients’ messages, placed in strategic locations in top markets, find their way “into the consciousness of thousands of people.”

Typically these messages are quite simple; usually just one color, it might include a logo, a web address, a slogan, or a puzzling message that makes the viewer ponder what it means. This “What is Cloverfield?” campaign was designed to create buzz and intrigue around the pending release of the movie Cloverfield. (as seen in photo 6 )

Go Gorilla’s Chalk Spray technique is like a temporary version of spray paint; but while it wears away over time, it can attract hundreds of eyeballs before being trampled into oblivion. Their Water Stencil method is just like clean graffiti, whereby heavy-duty stencils and power washers etch “clean” logos into the sidewalk grime.

And if all this makes street art more accessible — and ads subtler and more beautiful — perhaps there’s no better partnership.