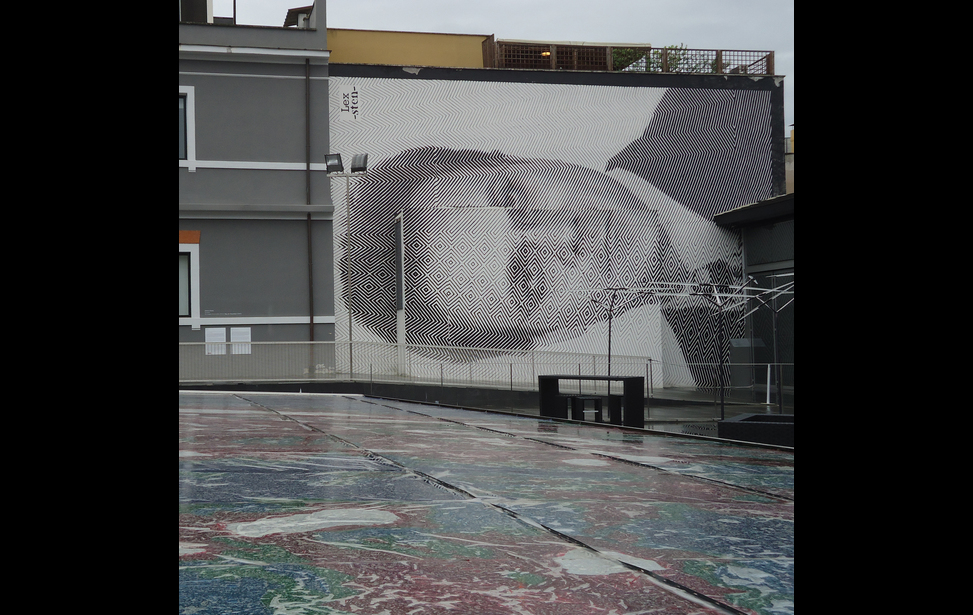 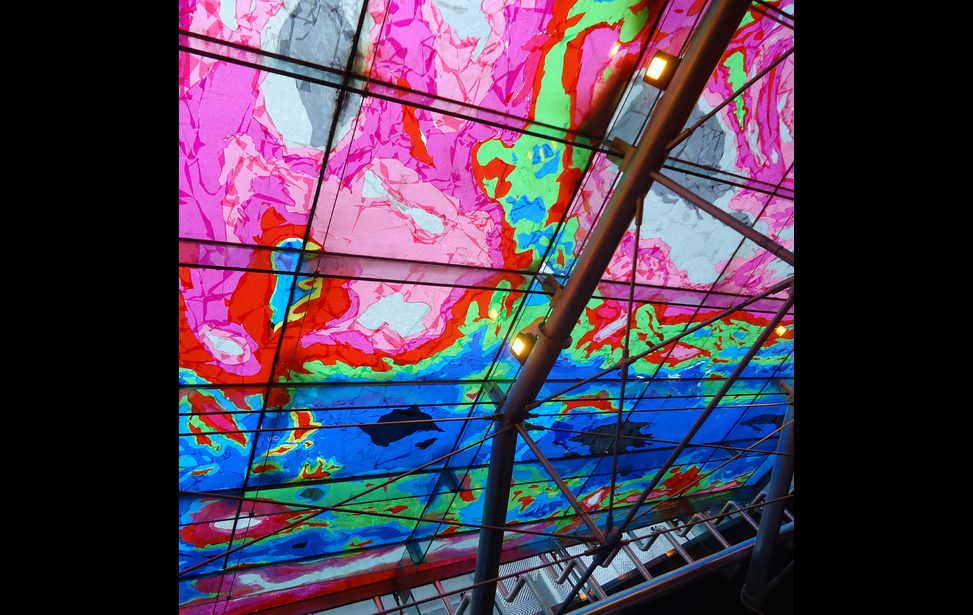 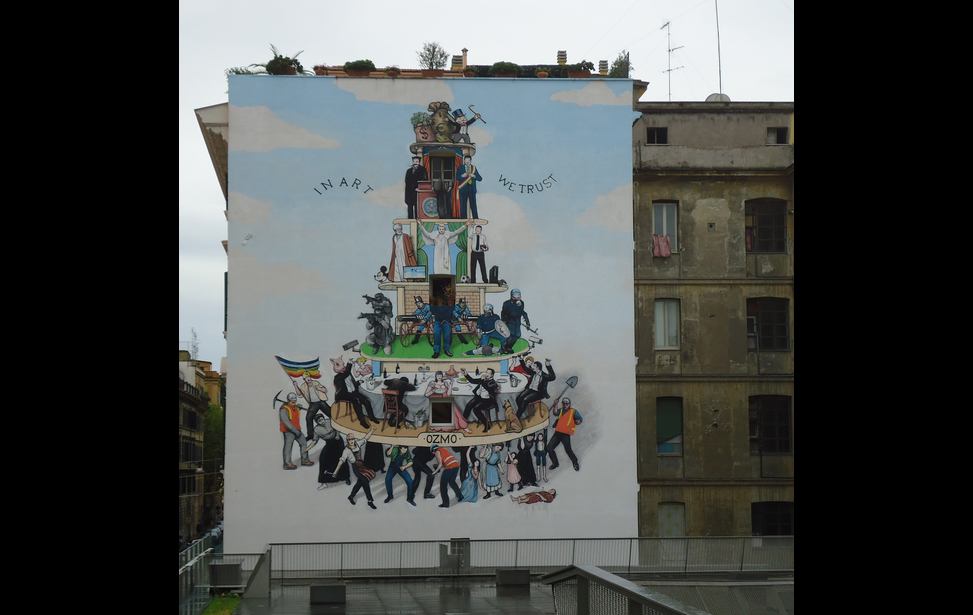 ROME, ITALY -- In the multi-faceted world of contemporary art, there are few or no limits. A group of revolutionary young artists, Sten and Lex, Bros and Ozmo, have decided to bring their creative ideas outside the boundaries of conventional museum spaces and  freely express them on the street, making them part of dynamic city environments. A project of Rome’s Museum of Contemporary Art (MACRO) has been specifically devoted to the concept of ‘street art’ and has presented a special ‘urban art’ exhibit that demonstrates the best work of each artist.

Sten and Lex have used the wall overlooking the terrace of the Museum of Contemporary Art to bring life to their spectacular stenciled painting that depicts a black and white anonymous face (as seen in photo 1).  The two artists have glued paper stencil to the wall, made cutouts into it and painted the empty areas black in a way that the work had turned into  a mysterious portrait.

With their special trademark posters, Sten and Lex began drawing the streets of Rome in 2001, producing fascinating mural works that have gained an international recognition. The two Roman artists derive their ideas from classical movies, pop culture and sacred art, and  focus on the creation of anonymous portraits.   With their innovative technique, characterized by a combination of stencils and half tones, they have decorated the  streets of  Paris and New York on numerous occasions. Their art  is also a part of  London and Barcelona’s urban landscapes.

Daniele Nicolosi, aka Bros, is another artist whose street art decorates MACRO’s external balcony. Bros has used the auditorium’s glass roof to create a majestic collage of multi-colored translucent film. At first site,  the thermo - chromatic image looks abstract and complex; however, once visitors explore it further, they will find out that it represents the satellite image of a hurricane. The work  depicts waters flowing on the surface and when seen from below, the combination of sunlight and water create a remarkable effect. (as seen in photo 2). Bros‘s major arena of art activities is Milan where he has presented numerous solo exhibitions. His art works of stylized, comic-strip graffiti have appeared at the PAC (Comune di Milano) and Palazzo Reale.

The third ‘urban art’ project, presented by the Italian artist Ozmo, derives its theme from the Gospel. Ozmo has based his artwork on an 19th century satirical representation of  words in the Bible. His work depicts a multitude of different social classes who form a pyramid, with ‘’the God of Money’’ on the top. The phrase ‘’In Art we Trust’’ is a clear reference to the iconic statement on the US dollar bill,  with the word ‘’god’’ replaced by the word ‘’art’’. With the help of symbolic elements, the work  encourages observers to reflect on the idea of today’s corrupted, materialistic society and the power of money in the modern world. (as seen in photo 3).

Ozmo’s work has appeared both in private galleries and in public spaces.

MACRO’s unique ‘Street Art Taken Inside’ project presents art from an innovating perspective. Observers can also grab their coffee at the snack bar at the balcony while enjoying a unique art exhibition, with the fascinating Roman buildings in the background.

All photos courtesy of Petia Dimitrova