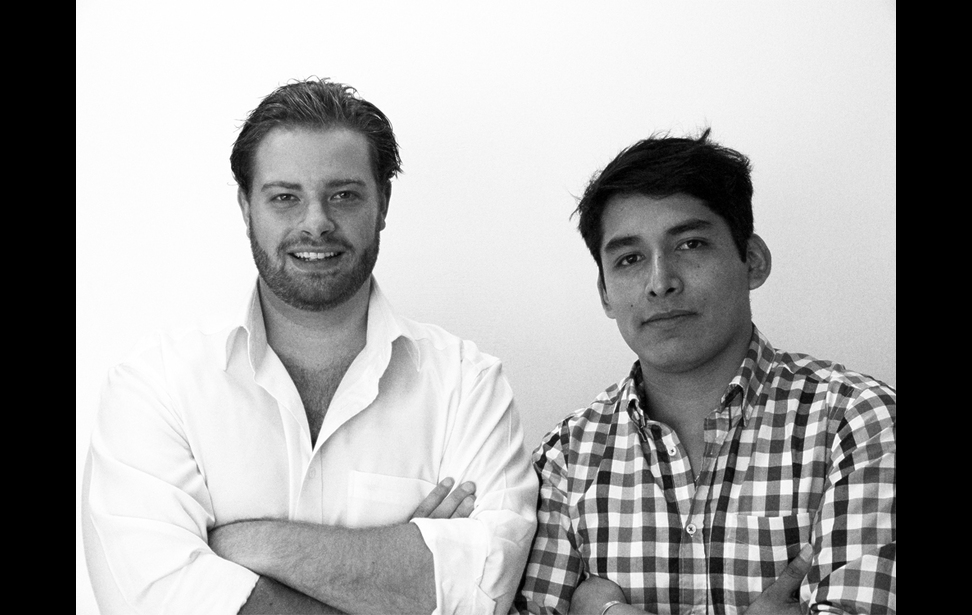 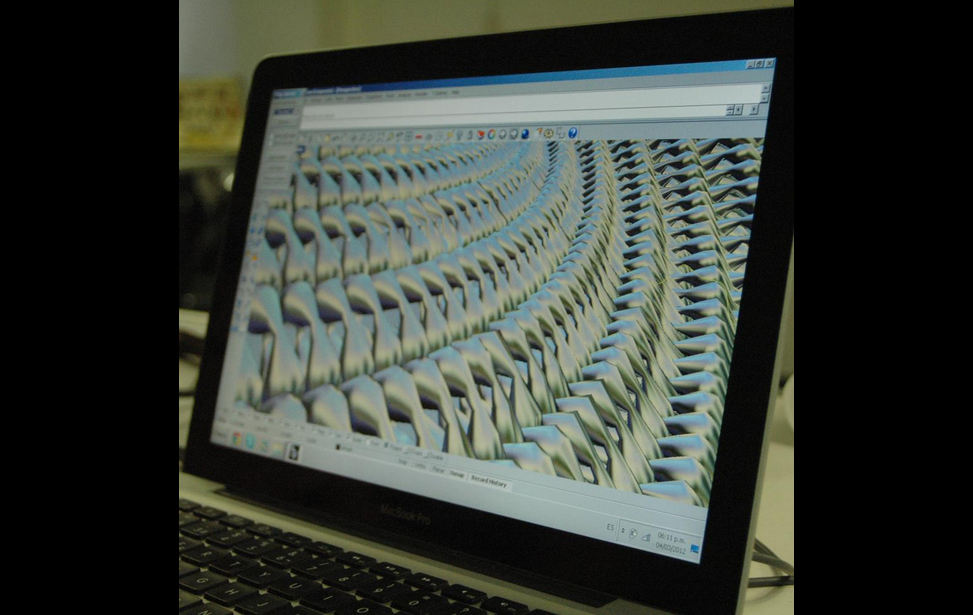 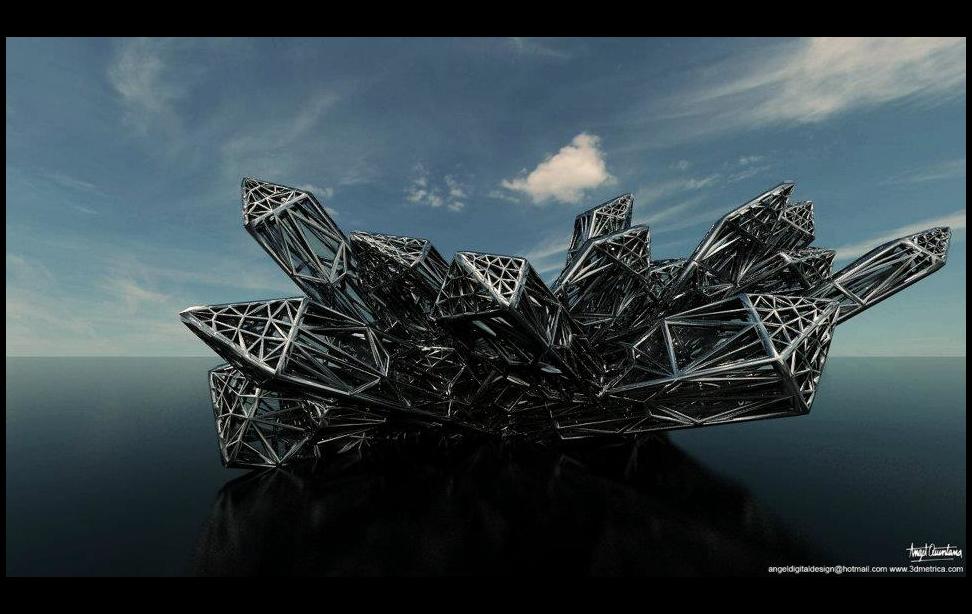 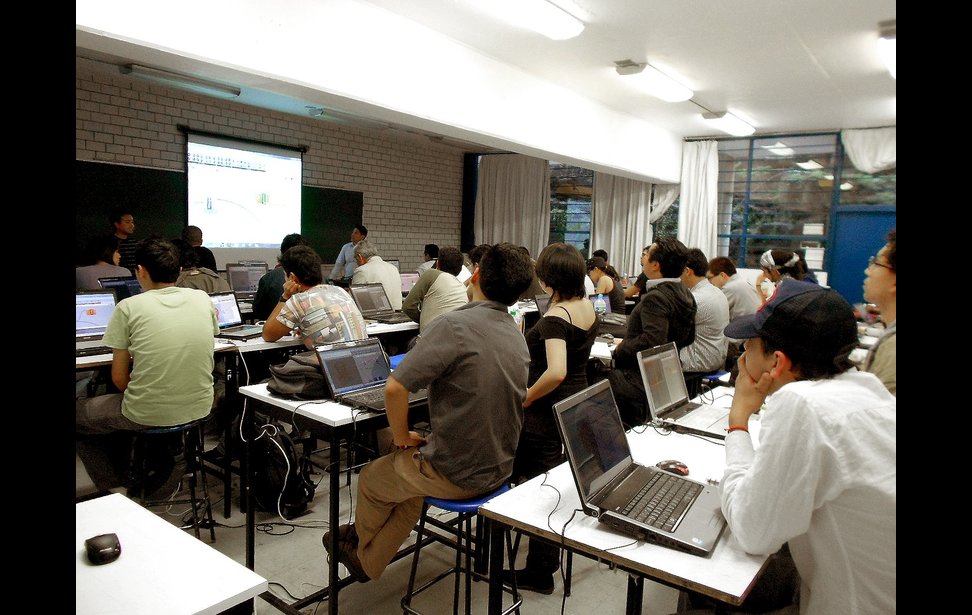 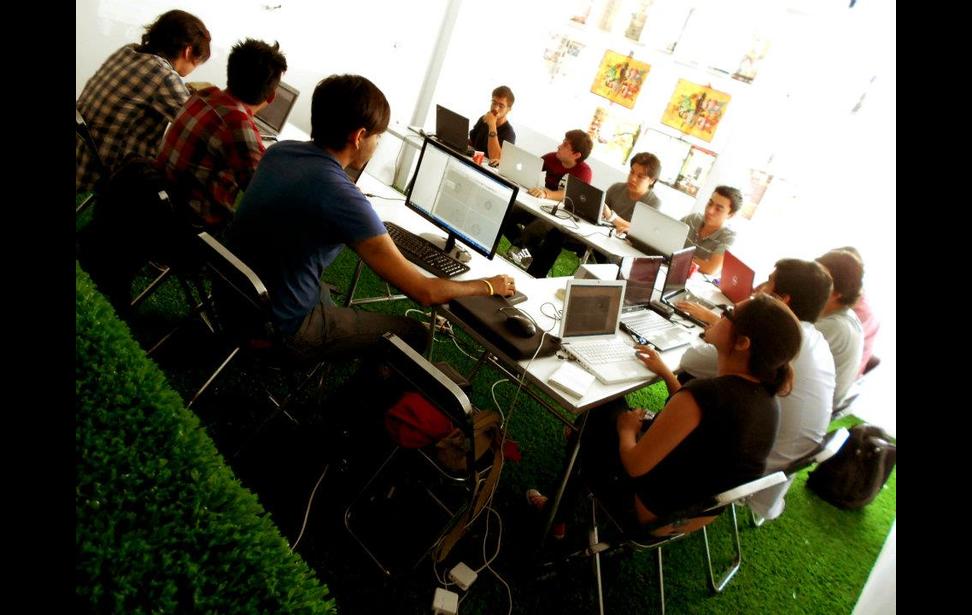 GUADALAJARA, MEXICO - Complex Geometry, founded in 2011, is an upcoming generative design platform that focuses on algorithmic art and digital processes to research, experiment, and develop new trends in architecture and art. We interviewed the core team of Leonardo Nuevo Arenas, CEO and Founder and José Eduardo Sánchez, Partner and Chief Design Manager (as seen in photo 1).

thalo: How would you define parametric art and design?

Leo & Eduardo: Parametric art and design is a different way of approaching each discipline, in the way that you define the relationship that exists between the different parts in a composition. In other words, you develop a process from which several design opportunities can be quickly evaluated and the concept you are working on can be completely explored (as seen in photos 2 - 3).

th: What are the implications of parametric art for industrial design? How is that different for architectural design?

Leo & Eduardo: I think is the next step in conceptualization, for both architectural and industrial design. These processes are more likely to be found in architectural design than in product design, I believe this is because in general the rationalization of a design process in architecture is a lot easier, than in product design. Especially when you are dealing with skins and patterns as an aesthetic input in architecture. Parametric implementation on a design product generally requires a more thorough analysis and complex geometrical relations.

th: What inspired you to establish Complex Geometry and what are some of its main purposes?

Leo & Eduardo:  I founded Complex Geometry as an attempt to create a platform that could help in the diffusion of new methodology and technology through open talks and workshops in universities and design studios.

After a few months, I invited José Eduardo Sánchez to be part of the project. Since then it has evolved into a design studio based on research, experimentation and conceptualization around computational systems and digital fabrication schemes applied to the development of design goods and architectural elements.

The courses we offer are practical and focused in providing constant support for the student at all times.  They also allow them to resolve and design project logics on their own. The learning pace is customized for each student. In our every day practice we work with 2 tools mainly: Rhinoceros 3d and Grasshopper. We try to cover not only the technical part about the software use but the theorical concepts behind these design methodologies as well. For the upcoming workshops we will implement a Rhino Plug-in that focuses on organic modeling and Class A surfacing (as seen in photos 3 - 4).

th: Tell us about the parametric design scene in Mexico. What traditions influenced its development and in your opinion, is a unique and distinctively Mexican or Latin American aesthetic movement underway?

Leo & Eduardo  Unfortunately the parametric scene in Mexico is virtually inexistent. However different design collectives are emerging with two things in mind: design quality and design identity. The latter is incredibly important, because design names are increasingly appearing in unexpected places in the world. We don’t see parametric design as a new style, instead we think about it as a tool that can expand the possibilities for the designer and make the whole design process more efficient. This combined with Latin American cultural heritage is leading to a new boom in design production.

th What are some collaborations that you would like to see happen in the future?

Leo & Eduardo  Definitely resource support, this one of the biggest obstacles we face with design in general in places like México, the design value is often undermined and its potential unknown, for these reasons financial support is very difficult to get for designers in México.  Collaboration between major companies and designers would be incredible, and it could really boost social and economic development, as well as design innovation.

th What is your favorite flavor of ice cream?

Leo: There's this fruit in Mexico called Jiotilla, it’s endemic and from some kind of cactus that is found in Tehuacan, the town where I’m from.  They make Jiotilla ice cream from the fruit and I just love it!

All photos courtesy of Complex Geometry