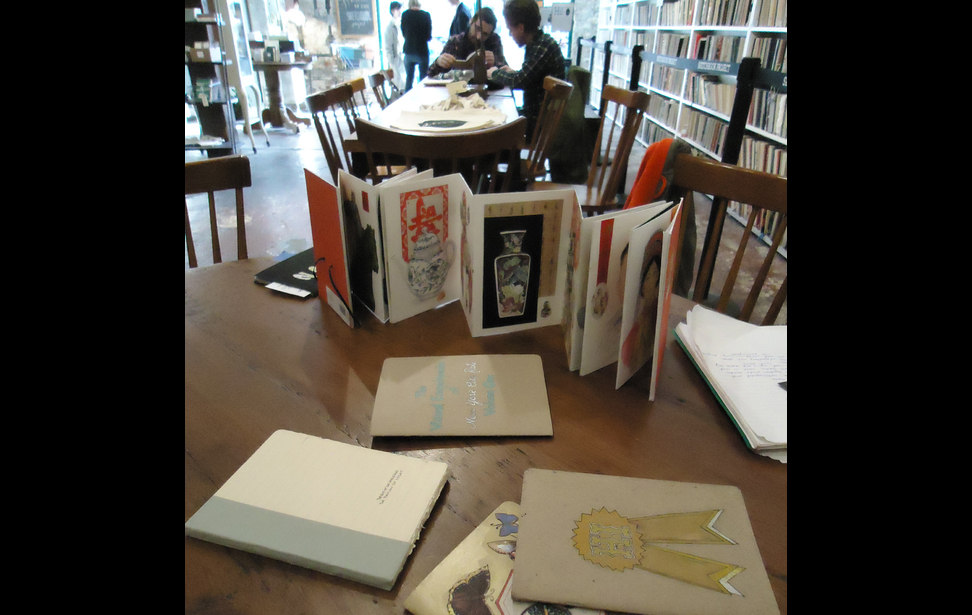 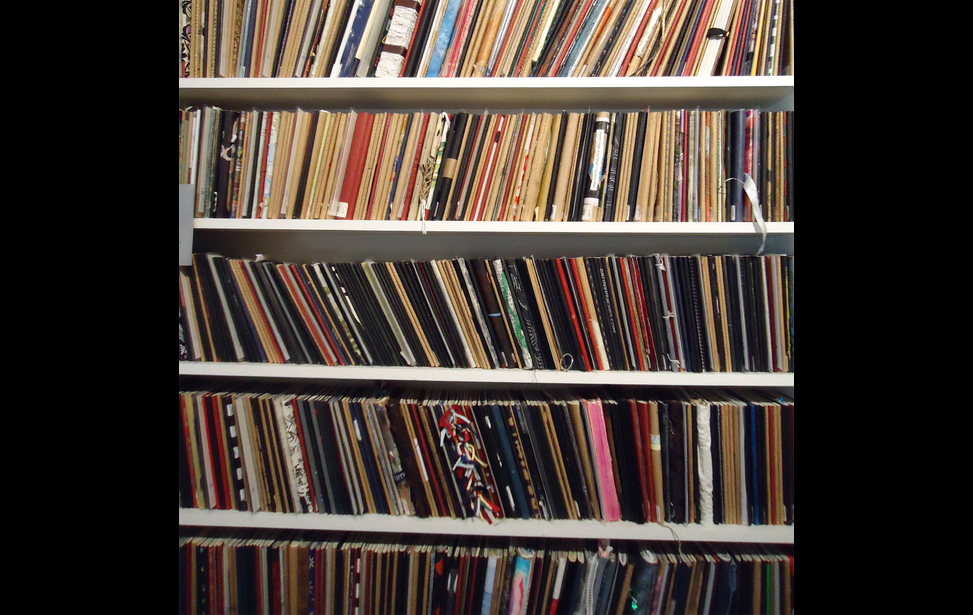 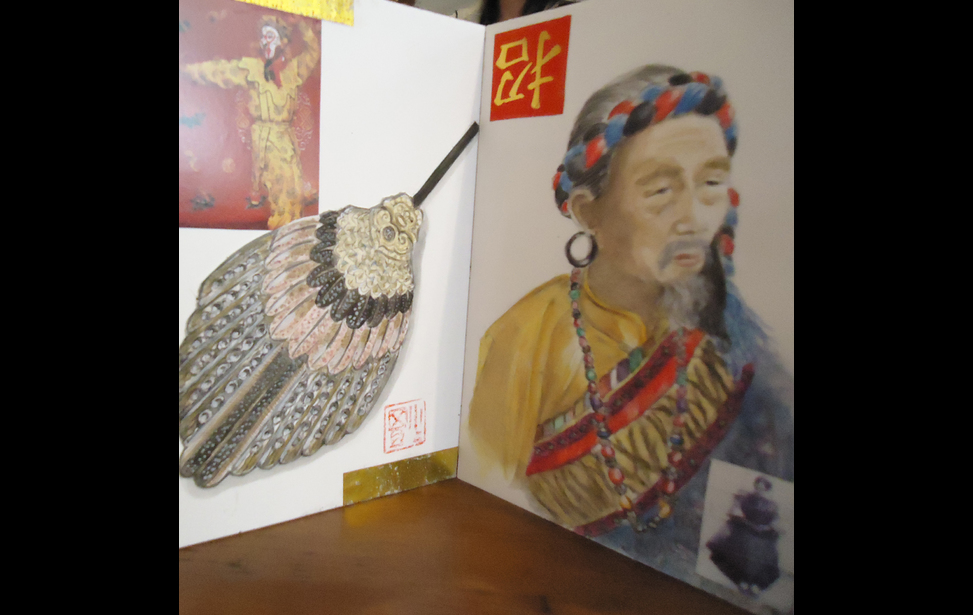 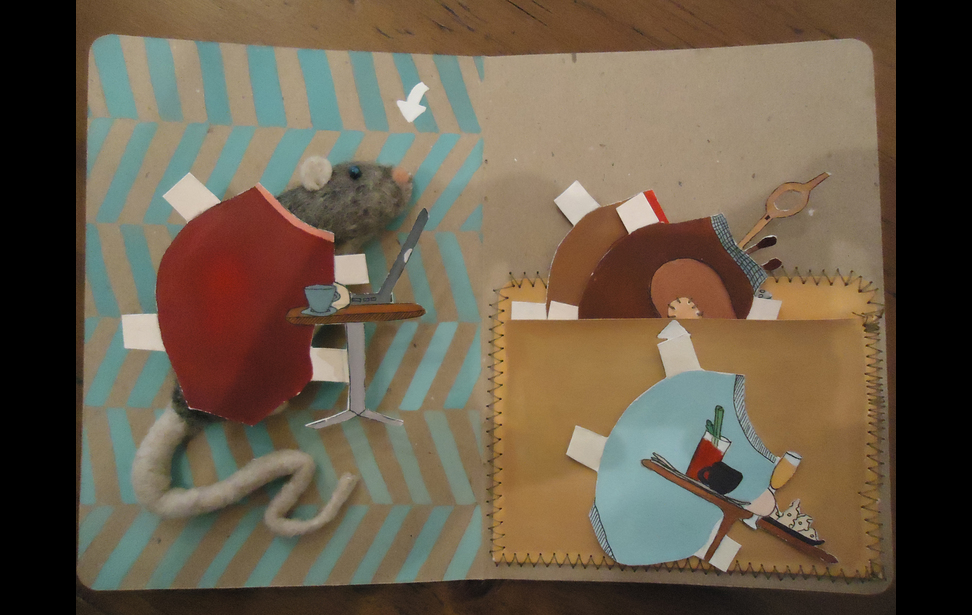 BROOKLYN, NY—Since 2006, Art House, an independent Brooklyn-based company, has been dreaming up large-scale, collaborative art projects and inviting people from all over the world to take part in them. In April, for example, they organized a project called The Note Swap, where 1,000 people submitted handwritten letters that were then exchanged with strangers from around the globe, and last February 24 at 12pm EST, over 4,000 people took a photograph of the food they were about to eat for a project called The Meal, uniting many disparate experiences in one shared event.

Art House’s “flagship endeavor,” however, is The Sketchbook Project, “an evolving library that features more than 18,000 artists' books contributed by creative people from 130+ countries.” For $25, anyone can sign up to receive a blank sketchbook, fill its pages however they’d like, and then submit the final product to Art House by the assigned deadline. Once collected, Art House staff catalogues and barcodes the books before carefully packing them into a truck and taking them on tour. The 2012 Sketchbook Project is currently on the road, stopping to set up a portable library in 13 different U.S. cities before heading overseas to the U.K. and Australia.

When finished touring, the sketchbooks will be brought back to the Brooklyn Art Library, where they will be stored alongside all of Art House’s past projects at a storefront exhibition space in Williamsburg. The Brooklyn Art Library is open to the public Wednesday – Sunday, and anyone can drop by to browse, settle into a chair at one of the long, wooden tables, or purchase supplies to get started on a project of their own (as seen in photos 1 - 2). Visitors sign up for a free library card, which allows them to search the collection by artist’s name, subject matter, medium, country, etc. In addition to the visitor’s request, librarians always bring out a second book just for fun, a grab-bag of sorts, which ensures that as many books are making it off the shelf and into someone’s hands as possible. They’ve even devised a system that notifies the artist each time his or her book is viewed. An increasing portion of the Brooklyn Art Library is also available online, and, for a fee, artists can opt to have their sketchbook digitized upon submission.

After spending an afternoon sifting through piles of sketchbooks, it seems impossible that these books all began with the same 32 blank pages between two brown covers. While they have maintained their original dimensions for shelving and transportation purposes, their uniformity ends there. Permutations in form and content are seemingly inexhaustible.

Some artists sketch or paint from life, while others prefer to doodle more abstractly. Some books serve as a travelogue of a trip to a foreign country (photo 3), some convey an autobiographical story with a clear, narrative arc, and some feature the same still life over and over from a variety of different angles. Some artists make major structural alterations to their books, undoing its binding, changing its covers, inserting a different stock of paper or a folding accordion of pages. And then there are artists like Brooklyn’s own Sarah Elands Peterman, who chose to forgo pages altogether. Peterman’s sketchbook, entitled The Visual Encyclopedia of New York City Rats Volume One, features a small, handmade rat made of felt, and a pocket filled with paper doll-like cut outs in which to dress it (photo 4). Outfits include the “Brunch Rat,” complete with a tiny mimosa, and the “NYU Professor Rat,” with its tweed and elbow patches.

Some of The Sketchbook Project’s participants are working artists, but most are not. For many, the project serves as motivation to reengage with artistic inclinations that have been long lost in the grind of day-to-day life. The Sketchbook Project plugs would-be artists into a community, guarantees an international audience, and offers a fresh sense of purpose. As Operations Manager Eli Dvorkin explains in a YouTube video,

It’s not just a matter of saying these are the techniques that I’m working on, and I’m interested in shading or form in this way. Of course that’s a huge part of why anyone keeps a sketchbook, but the other side of it is that it’s this intimate side of yourself that you’re sharing with strangers... It only works because people are willing to take that chance. If all of this work were from people who work professionally as artists it would be a show that you might see in a museum, but it wouldn’t necessarily have the heart that The Sketchbook Project does.

You can learn more, or sign up for the 2013 Sketchbook Project, here.

All photos by Ellen Brown

Sketchbook in photo 3 entitled Travel With Me by Marie Lefebvre of Montreal, Canada

Sketchbook in photo 4 entitled The Visual Encyclopedia of the New York City Rat Volume One by Sara Elands Peterman of Brooklyn, NY