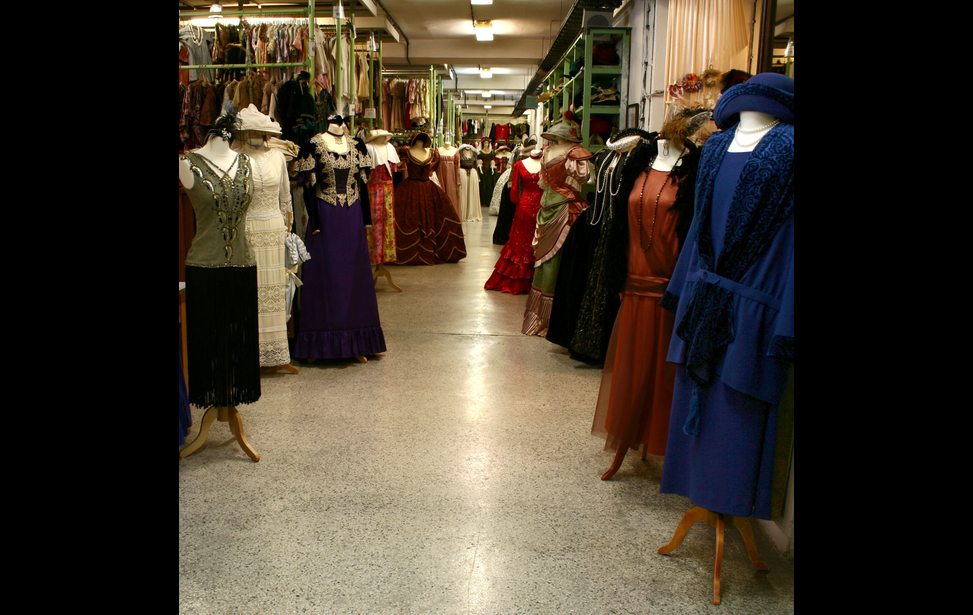 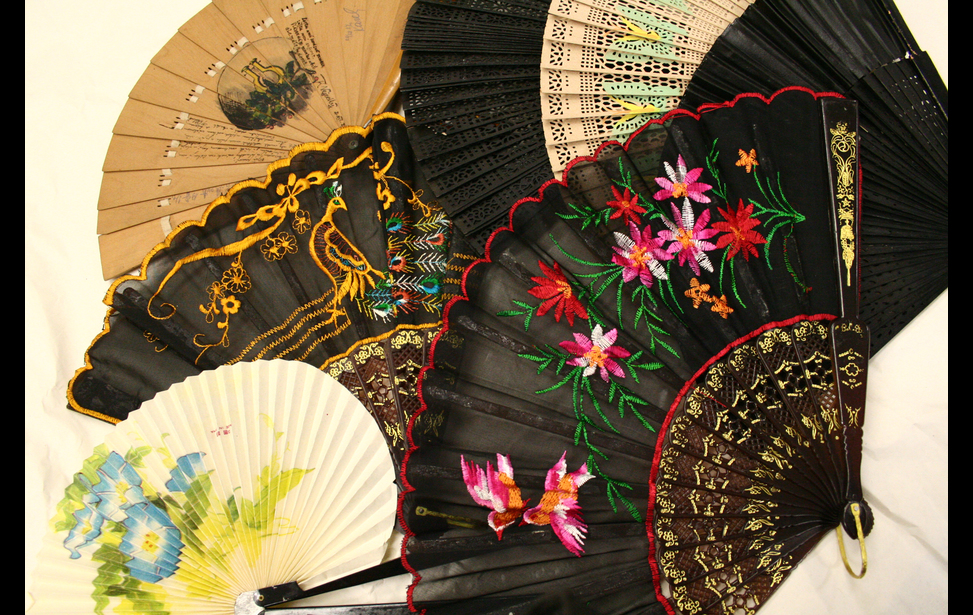 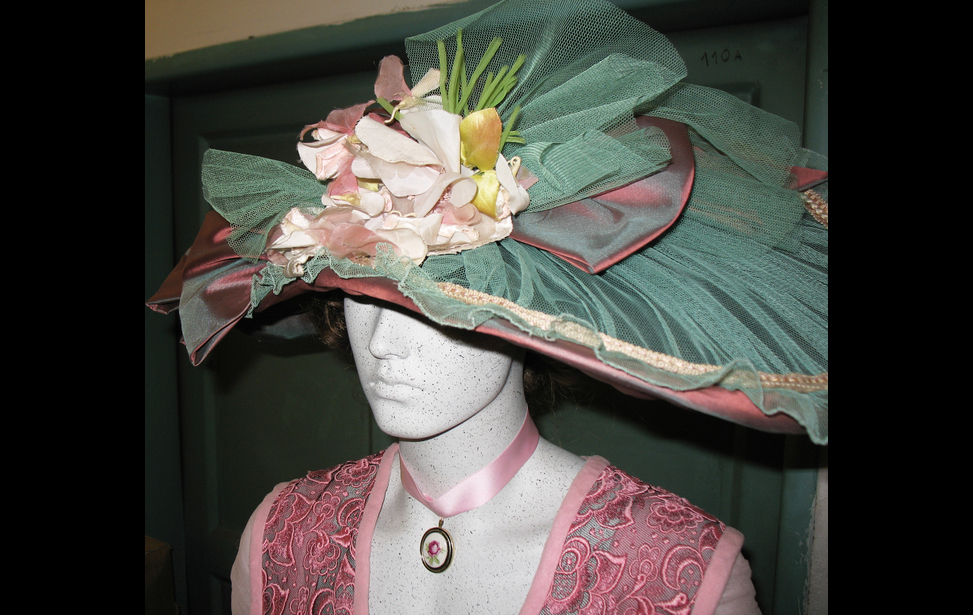 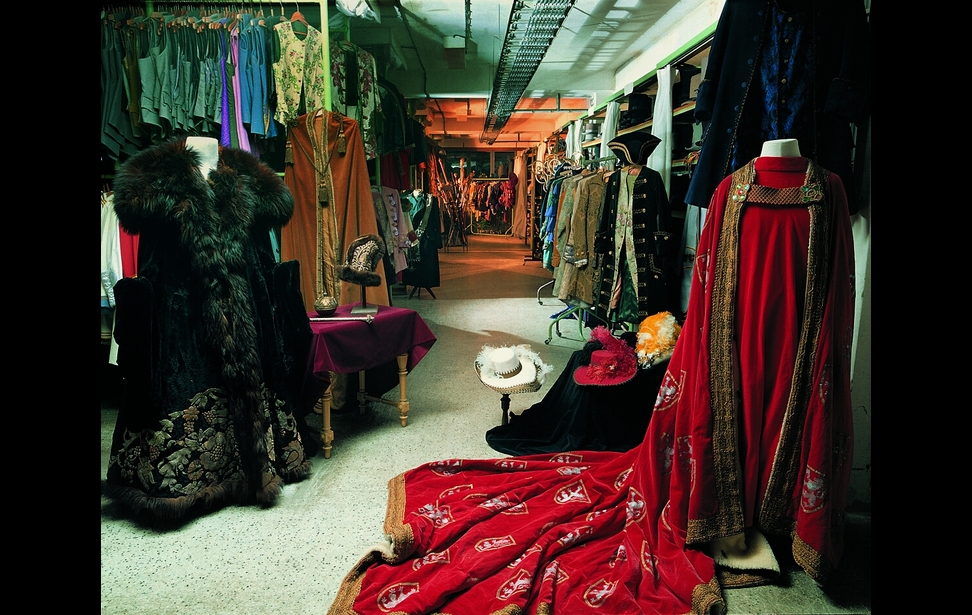 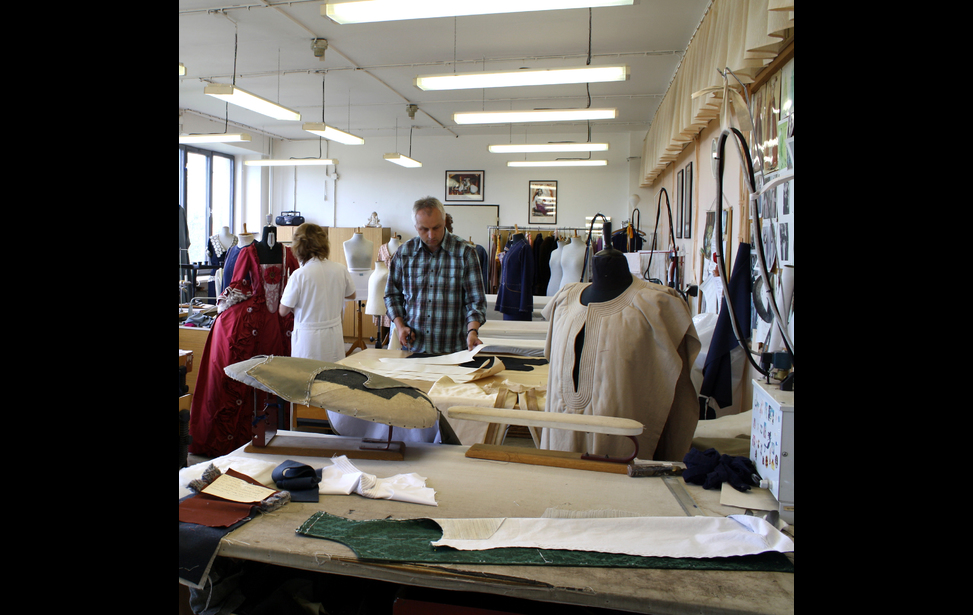 PRAUGE, CZECH REPUBLIC -- Prague’s Barrandov, founded in 1931, is one of the oldest film studios in Europe. Also known as the “Hollywood of the East,” it has been praised by directors like Milos Forman. With such films as Amadeus, Joan of Arc, Les Miserables and Oliver Twist under its belt, Barrandov also leads the field in historical costumes.

With over 260,000 items in its inventory, its wardrobe department (as seen in photos 1 – 4) has a reputation for the historical accuracy and top quality of its “living costumes.”

Below, the head of Barrandov’s Wardrobe Department, Vera Kratka, tells thalo some tricks of the trade.

thalo: How has sewing film costumes changed in the last 30 years?

Vera Kratka: Everything‘s faster. It took nine months to sew for Amadeus in 1984. Now we’re waiting to find out if we’re sewing for a project that starts filming in March.

th: How do you manage?

VK: Nowadays, the costumes for films come from the collections of various wardrobe departments all over the world – each has its own strong suit – and only the star’s costumes are made from scratch.

VK: Hand-sewing…. Everything that can be seen has to be done by hand. Ninety percent of our costumes are made by hand.

th: Why is hand-sewing important?

VK: With digital technology, you can see every detail. A machine-seam would literally scream off the screen. Everything, down to the button holes or quilting, must be done by hand. That’s why we have to be as authentic as possible, by using old patterns, for example (as seen in photo 5).

th: Is that hard?

VK: It’s tricky. You can’t just transpose the measurements. You have to sew to today’s proportions, which are substantially different. Teenage girls, for example, are taller, have thicker waists, narrower hips and longer legs.

th: What happens after you get the sketches from the film’s costume designer?

VK: If only it worked like that! Sometimes we just get a copy of a painting. Then the cutter has to design a wearable costume, keeping in mind that those portraits aren’t accurate: they were made to flatter the model, not to document the dress. That’s why they usually make a test-version from cheap material first, because cutting into cloth worth 2,000 crowns ($100) per meter is risky.

th: Where do you find the materials?

VK: We get them at flea markets, estate sales or by taking apart old costumes. New cloth must be pre-washed, shrunk, and faded. It has to look worn. That’s how you make a living costume.

thalo: What does that mean?

VK: Keep in mind that clothes used to be an investment: a woman would save up all year for one gown for the season. Clothes were worn often and they have to look it. You have to be able to see the repairs, even clumsy ones, because that’s how people maintained their clothes. They can’t even be entirely clean: a beggar in clean rags isn’t convincing, and a spotless apron is useless. That’s why a shabby costume is much more valuable than a new one.

All photos courtesy of Eva Munk