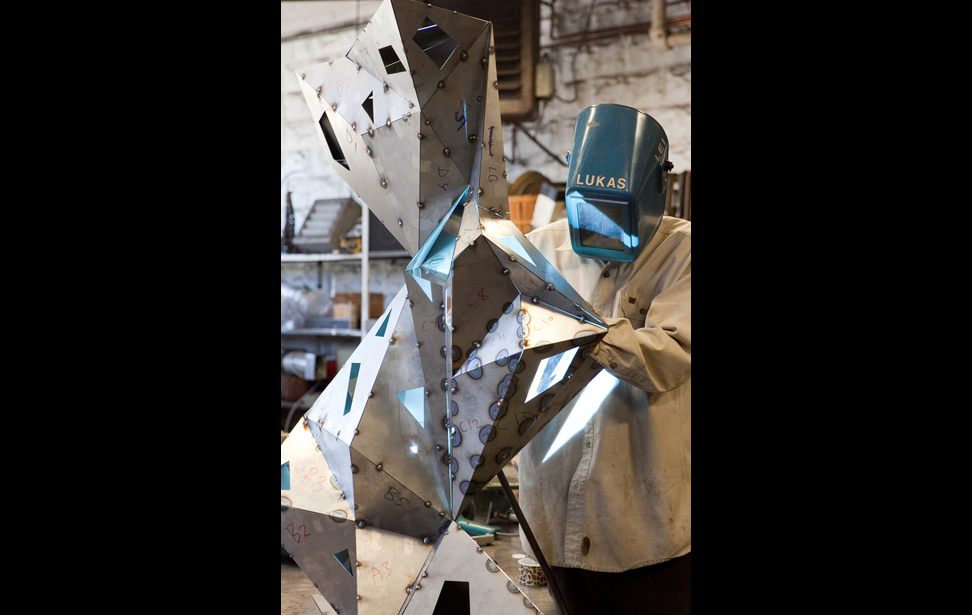 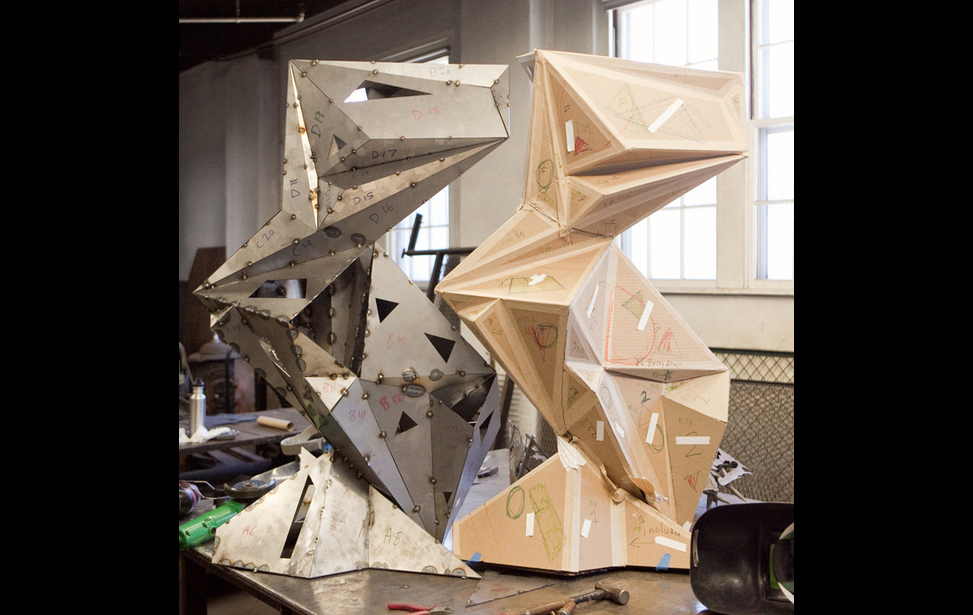 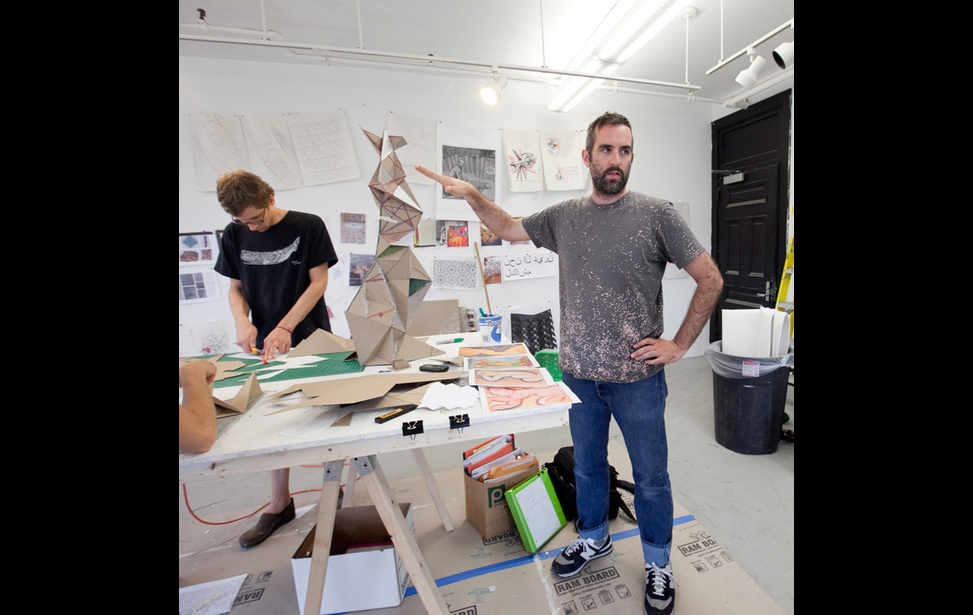 RABAT, MOROCCO -- This fall, sculptor Jim Drain is honing in on a prototype for a site-specific work for the new US embassy in Rabat, Morocco (as seen in photo 1). He was chosen by the US State Department's office of Art in Embassies (AIE), who has partnered with the Rhode Island School of Design to promote cross-cultural exchange and collaboration across disciplines on a global scale.

Jim Drain, a Miami-based artist and 2005 recipient of Art Basel's Baloise Prize, kicked off his research by teaching an intensive Wintersession studio course at RISD called Art in Embassies: Morocco.

thalo interviewed Jim Drain in his studio in Pawtucket, Rhode Island to discuss how this commission has progressed, from his initial collaborative investigations of Moroccan culture to the hands-on process of building scaled models in cardboard, plastic and welded metal (as seen in photo 2).

thalo: Could you speak about your arts background?

Jim Drain: I finished as an undergrad at RISD in 1998 and I studied sculpture. I've been working with sculpture ever since.

thalo: How has this project evolved?

JD: The development of this project is constantly shifting as we progress. In the beginning I was looking for many varying perspectives because my own practice goes through many different disciplines. The research began with the RISD course, and there was a lot of ground to cover. What is an embassy? What does it mean to have a sculpture in an embassy? How do we define the collaboration—does everyone has a voice, or is it more conceptual? The crossover between disciplines was valuable, as each student brought a specific interest and expertise to the ideation process. One of the more interesting assignments was to design a sculpture that was the opposite of what we should make for an embassy. It helped open up the conversation about the power that art has.

th: Did you have any primary sources for your research on Morocco and international diplomacy?

JD: It was very important to me to conduct intensive research on Moroccan culture. One person who came in is Rachelle Giard, a graduate student at the University of Florida. She spent two years there as a Peace Corps volunteer, so she could offer a first person perspective. In the end the approach we took was to raise as many questions as we could, to build the tool chest to work on the project this summer. That time was such fertile exploration and so informative to the process now. It substantiates the decisions we're making now.

th: So how did that research inform the current stage of your process?

JD: An embassy is such a hybrid place—it's not really in Morocco, it's not in America. It's in both locations. So our goal was to make a sculpture that functions as the bridge between the two cultures. Within Moroccan arts and culture the five pointed star, or stars in general, are prevalent and important iconography. So after the course ended, I began working with a select group of students to build up these vertical drawings of five pointed stars, and convert them to blueprints in cardboard. I inserted my aesthetic by constraining our ideas to vertical, totemic structures. The prototype we are working on right now is a large steel structure composed of faceted triangles with geometric openings that reveal a complex interior. I’m really looking forward to seeing this project to completion in these next months. We will show it on November 30th in Washington, DC, to celebrate the 50th anniversary of Art in Embassies.