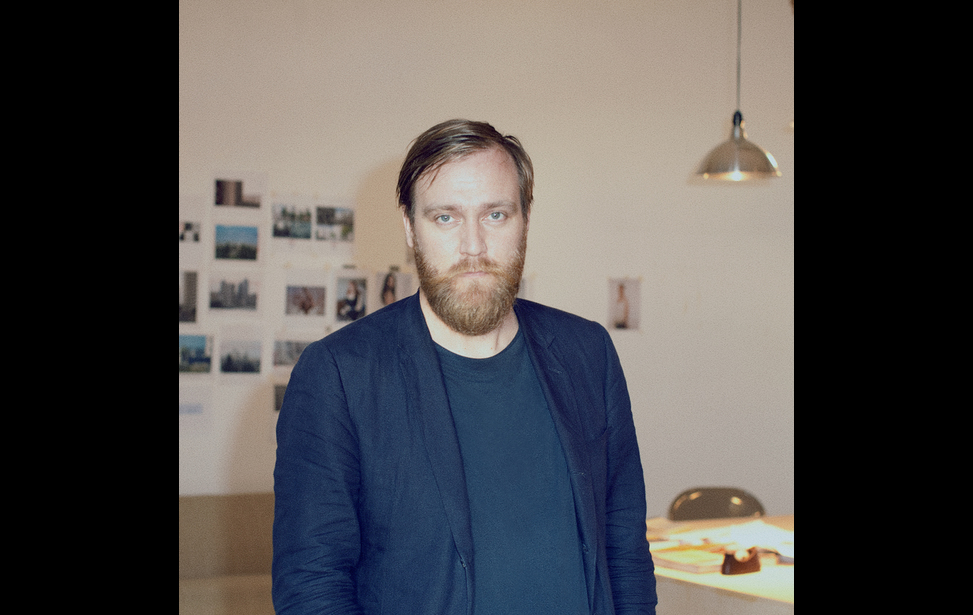 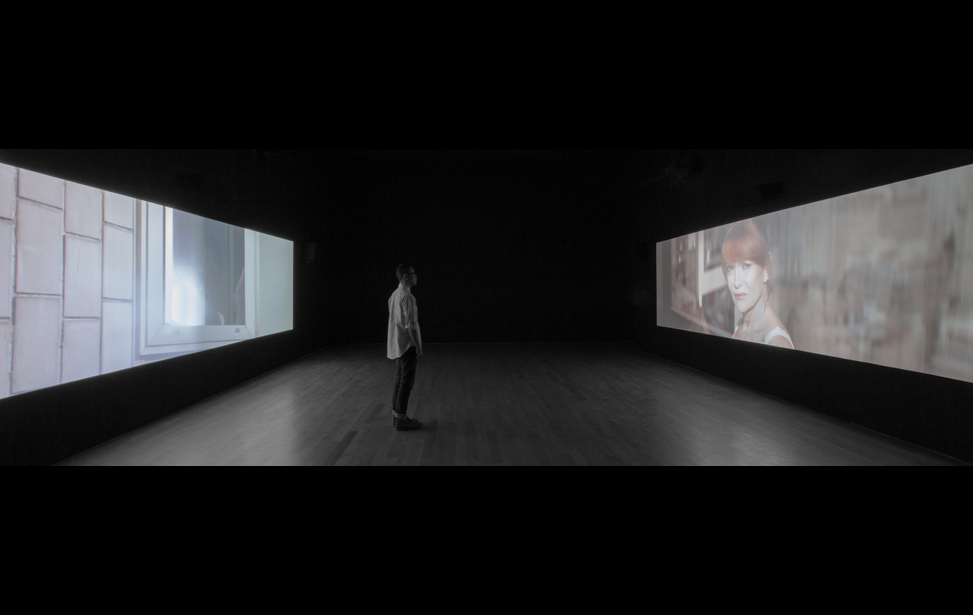 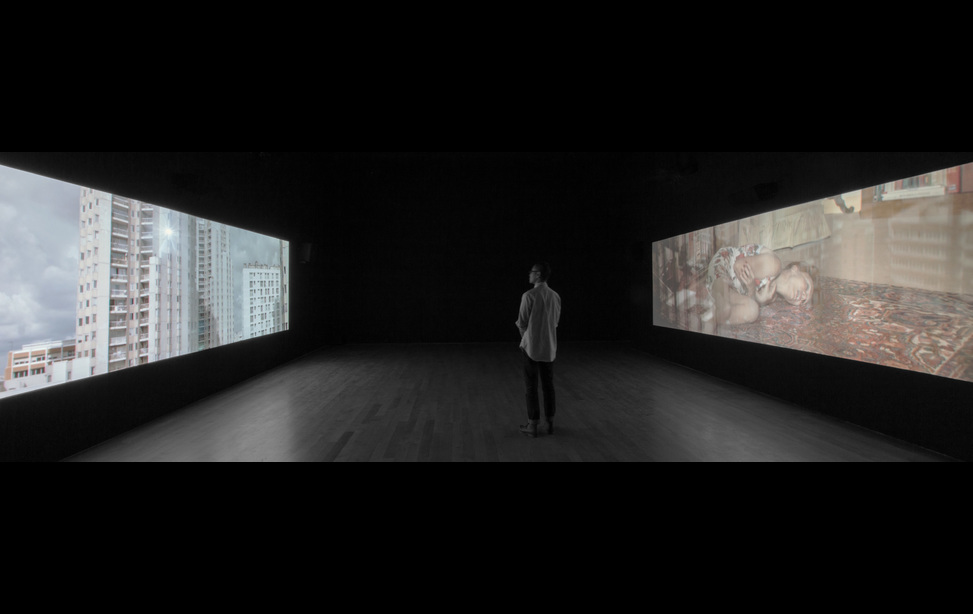 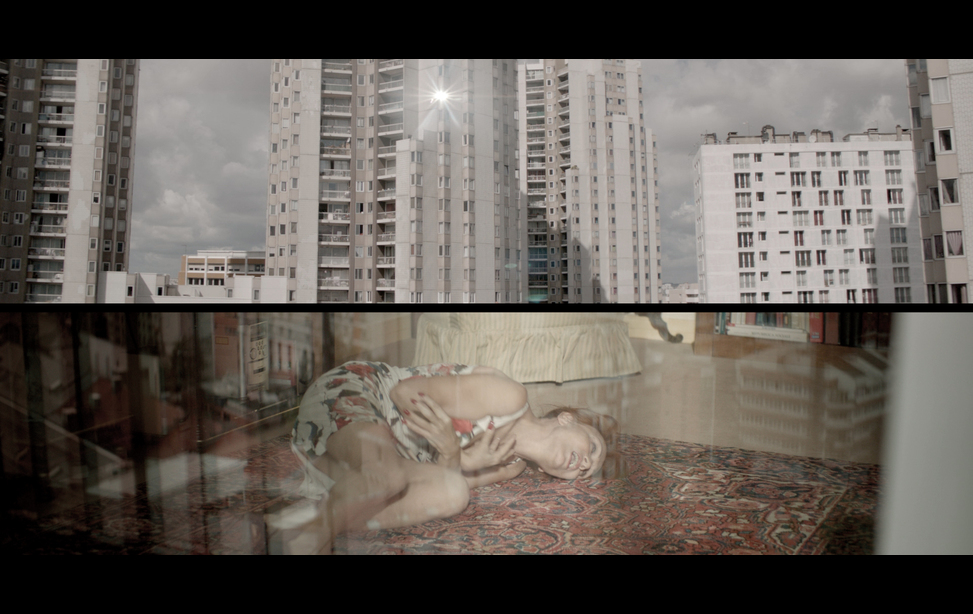 NEW YORK, NY -- This exhibition is the Danish visual artist (seen in photo 1) Jesper Just’s first at the James Cohan Gallery, and his first solo show in New York since the survey show at the Brooklyn Museum in 2008. It is also the New York premiere of two of his recent works: Sirens of Chrome (filmed in Detroit, 2010) and This Nameless Spectacle (filmed in Paris, 2011). The third piece at show is the Sisyphus resembling video Llano (filmed outside L.A., 2012).

The seductive two channeled piece, This Nameless Spectacle, is installed in the main space of the gallery (as seen in photos 2 – 4).  The piece takes its title from the poem The Right of Way, written by William Carlos Williams.  The poem describes the attraction of observing everyday anonymous spectacles or simply describing the sensuous act of seeing. Williams is said to mark the modernist period in American poetry e.g. the famous poem The Red Wheelbarrow. The poem’s form (e.g. tension between stanzas and dramatic pauses) allows it to stand out.  It creates a sheer sensual image and it is considered a masterpiece.

Jesper Just’s piece has a similar form to the poem. Instead of a split between stanzas there is a split between the two panoramic screens.  This divide becomes the focus of the installation.  You find yourself being an active spectator, watching the characters in the scene.

The piece is filmed in Le Parc des Buttes Chaumont in Paris and shows two characters: a young man and an older woman. Furthermore the scenery, the woods and the surrounding 1970’s architecture also become a performing third player. Just as in many of the artist’s previous works, the piece plays with the expectations of the spectator. These are expectations from mainstream movie language, which in Just’s complex universe are twisted and leave the spectator in a thrilling puzzle. In this case there might be references to Hitchcock’s legendary movie Rear Window, but in This Nameless Spectacle it is the woman who is bound to a wheelchair and the young man who follows and watches her.

The young man even blinds her with a mirror light from his window.  Pulling away the curtain, she looks out of the opposing window. Then she surprisingly falls to the floor from pain or from pleasure, it is unclear.  The pain and pleasure are bound together. The woman ends up leaving the room, moving on, while the young man is left anxious at the window trying to get another glimpse of her. As if the transgression or transformation is only brought to her not him. He is like the Chinese lover of the young girl who, as opposed to him, ends up leaving French colonial Vietnam, in the French writer Marguerite Duras’ L’amant left captured in an emotional cage.

It will be truly exciting to experience Jesper Just’s upcoming work that plays with form, imagery and architecture of the Danish pavilion at the 55th Venice Biennale 2013.