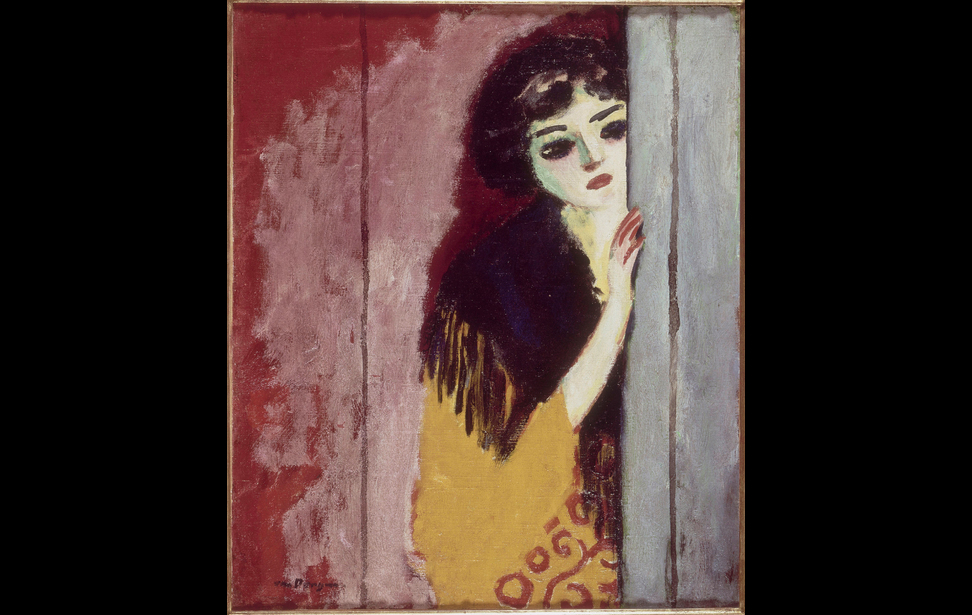 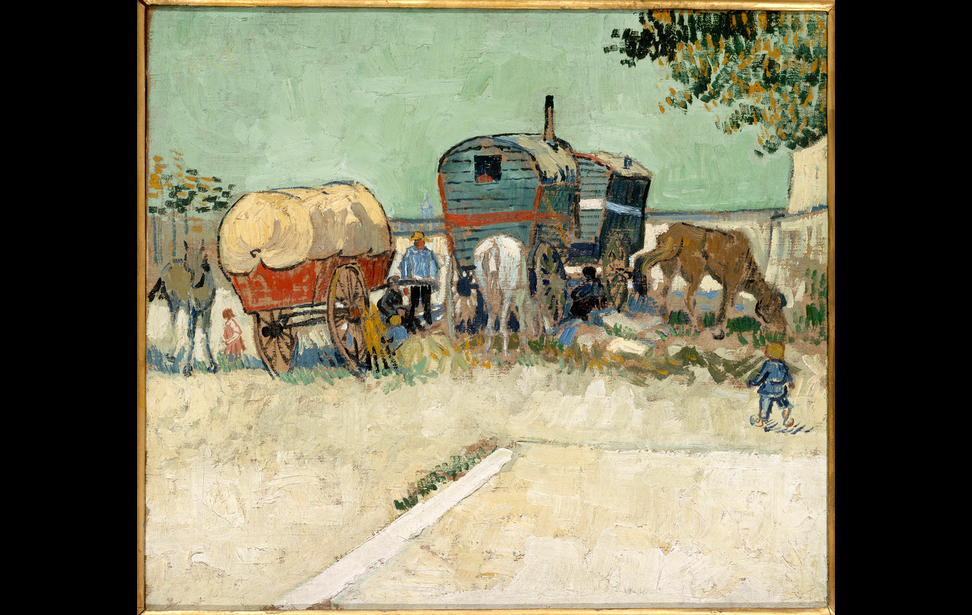 GRAND PALAIS, PARIS -- The magnificent exhibition, Bohèmes, which opened in the Grand Palais in Paris on September 26th takes a fascinating look at the theme of Bohemia. The exhibition traces the place that Bohemia has had in art and its link with artists throughout five centuries. The title of the exhibition refers to the ‘artist’ who has often been looked upon throughout history as a Bohemian, living outside the given norms of society. It also looks at the transformation of the ‘artist.’ The title, ‘Bohèmes,’ refers also to those free spirits who travelled without a fixed obode, and have been referred to, throughout history, as Gypsies, Gitanes, Tziganes and Roms.

In fact, artists, particularly in Europe often felt a strong affinity with this travelling community, both groups often lived in precarious conditions and their lifestyles challenged, the established social norms, and structures. Both lived for the ‘moment’ with little thought for what tomorrow would bring.This magical exhibition takes a look at these two groups of people, artists and Gypsies alike, whose destiny at times has been inextricably linked.

The two hundred paintings exhibited, show just how often the travelling community inspired the paintings of many great artists, such as Kees Van Dongen (as seen in photo 1), and Vincent Van Gogh (as seen in photo 2). Paintings from great masters such as Léonard de Vinci, Picasso and Degas are also shown.  Extracts from literature, inspired by the Gypsy community such as the great poem, by Paul Verlain, ‘Ma Bohème,’ show that Bohemia entranced and captured the imagination of all forms of artistic disciplines.

What shines through in this exhibition is the affinity, at times, almost tribal that artists of a certain time felt with their Bohemian brothers and sisters. They were both free spirits, who cherished the freedom to follow the respective paths that they had chosen. The Gypsy community was free to travel whichever road that it wished, or as a gypsy saying featured in the exhibition states, ‘ Nous ne voulons,qu’une chose laissez nous suivre, notre route, ‘ We only want one thing, that you let us follow our own path,’ Likewise, the artist wanted to be free to follow his own interpretation of art. The early nineteenth century was an important time for artists in France, as many artists rejected traditional art institutions such as Les Beaux Arts, which sought to mould the artist to create art which fulfilled society’s preconceived expectations.  Artists, like the Gypsies, also wanted the freedom to follow their own ‘path.’

Just as the gypsies created their own communities, artists began to create their own artistic communities in the Latin Quarter in Paris and Montmartre; The Grand Palais invites the visitor to experience these mythic places, with a recreation of the artist’s studios, and cafés. Like the Gypsies whom they admired and to whom they often aspired to, staying in a group gave them a spiritual strength which protected them from the disapproving eye of society. Paintings in the exhibition also demonstrate the love of dance and music that these artists had, just like the Gypsies, who liked to sing and dance around an open fire.

However, the ‘Bohemians,’ both Gypsies and artists, were to face a common tragic destiny and the exhibition does not shy away from the darker moments that they faced together. History often forgets that over 600,000 Gypsies were victims of Nazi barbary. However, this exhibition does not let us forget, because after experiencing the ‘joie de vivre,’ in the recreation of Montmartre the visitor steps into the Degenerate Art exhibition which took place in Munich in 1937. The aim of the exhibition was to humiliate certain artists whom the Nazis deemed to be degenerate such as the artist Otto Mueller who often painted portraits of Gypsies.

This exhibition celebrates the courage and vivacity of these ‘Bohemians,’ both Gypsy and artist, who at times had to overcome tragedy.A Gyspy saying states, ‘You are happy because you are free.’ Certainly this exhibition shows that the notion of freedom has always had an essential role to play in the spirit of the artist.