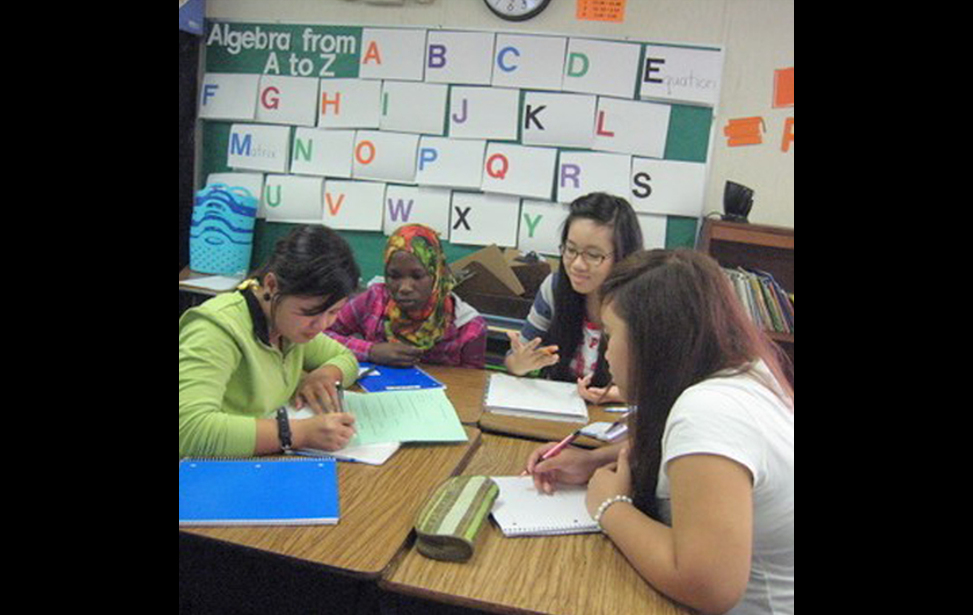 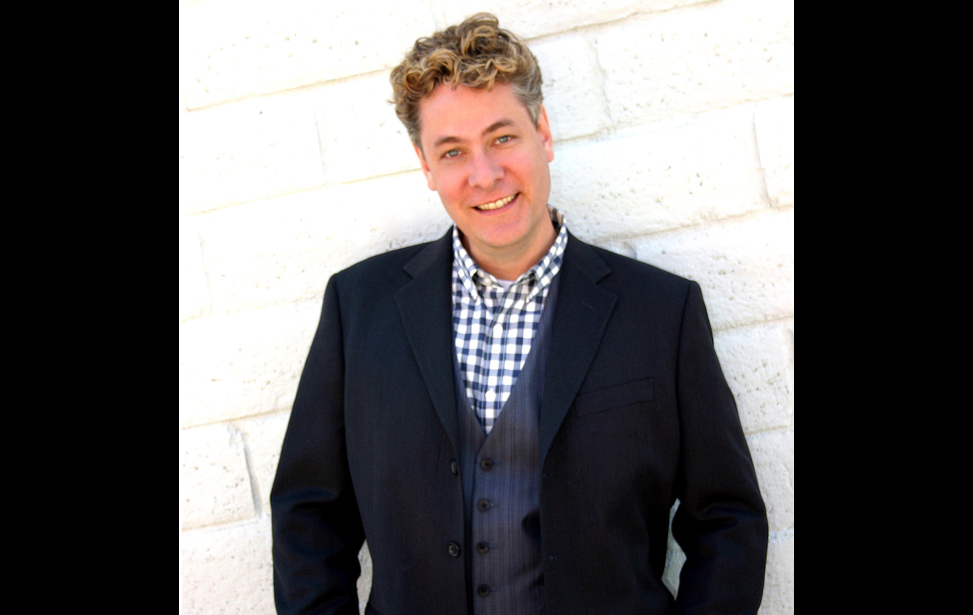 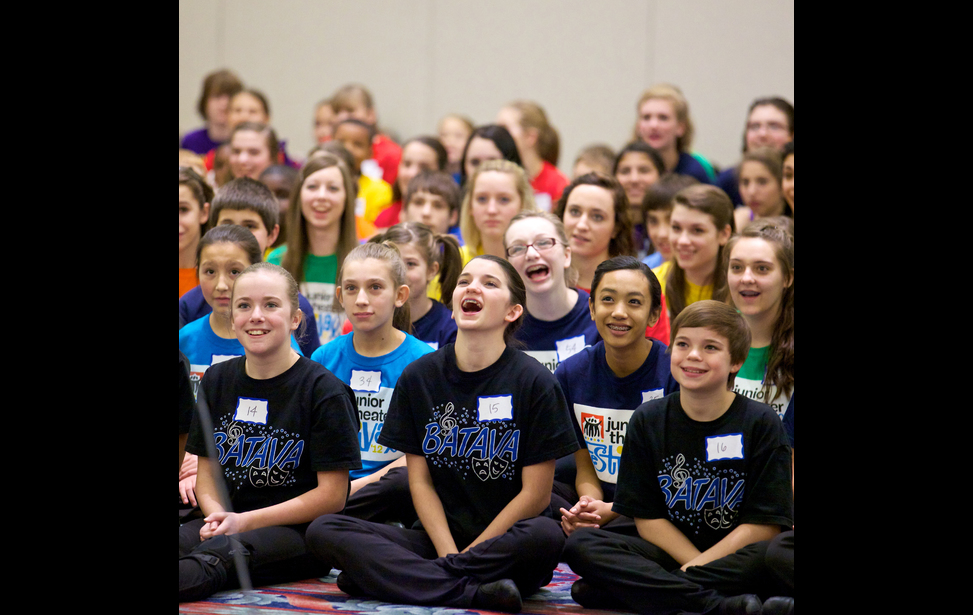 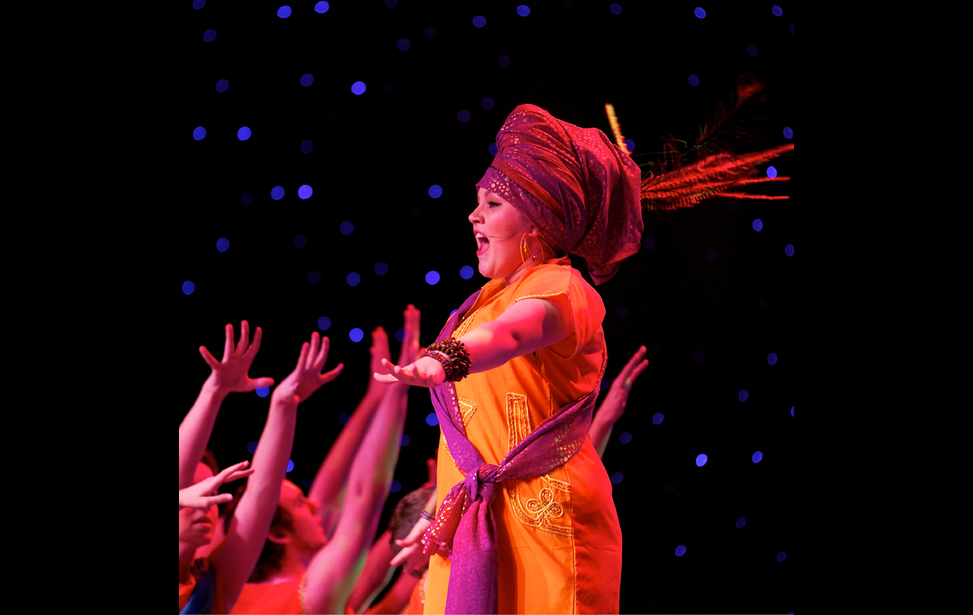 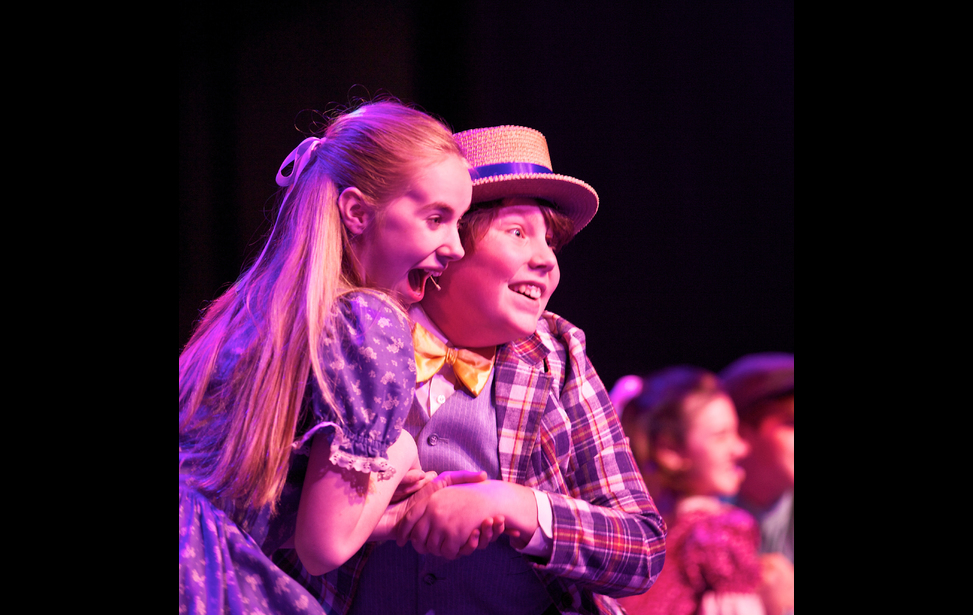 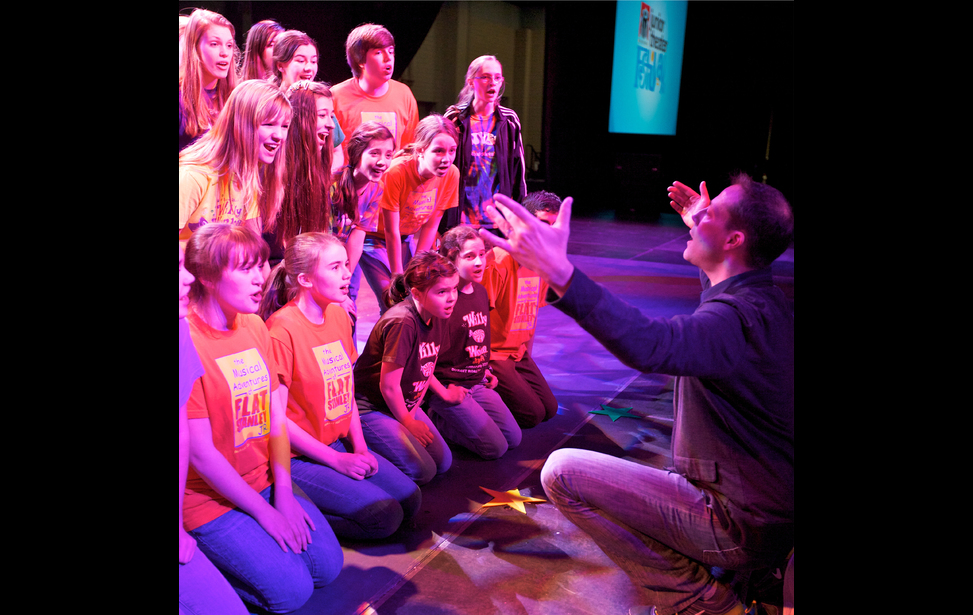 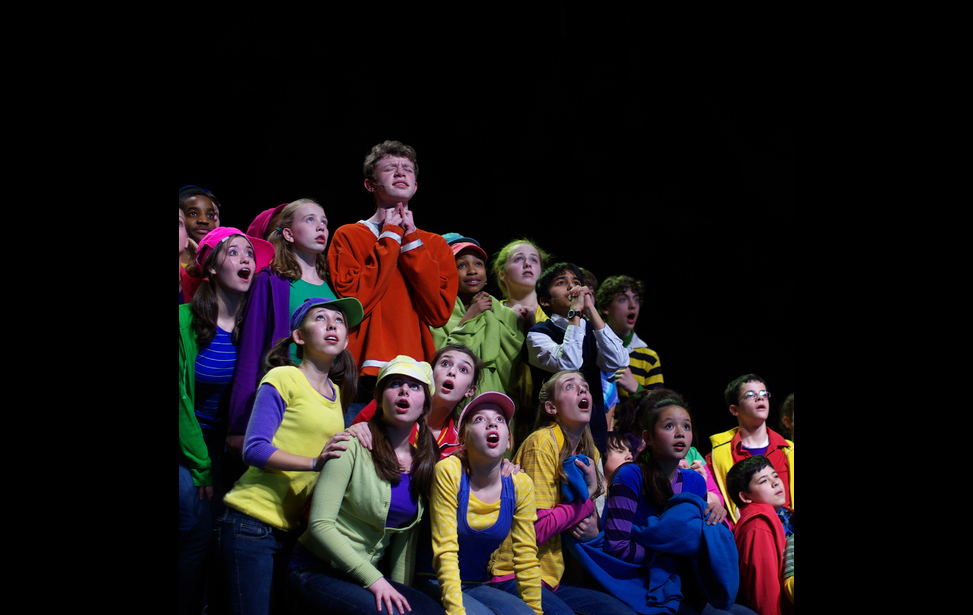 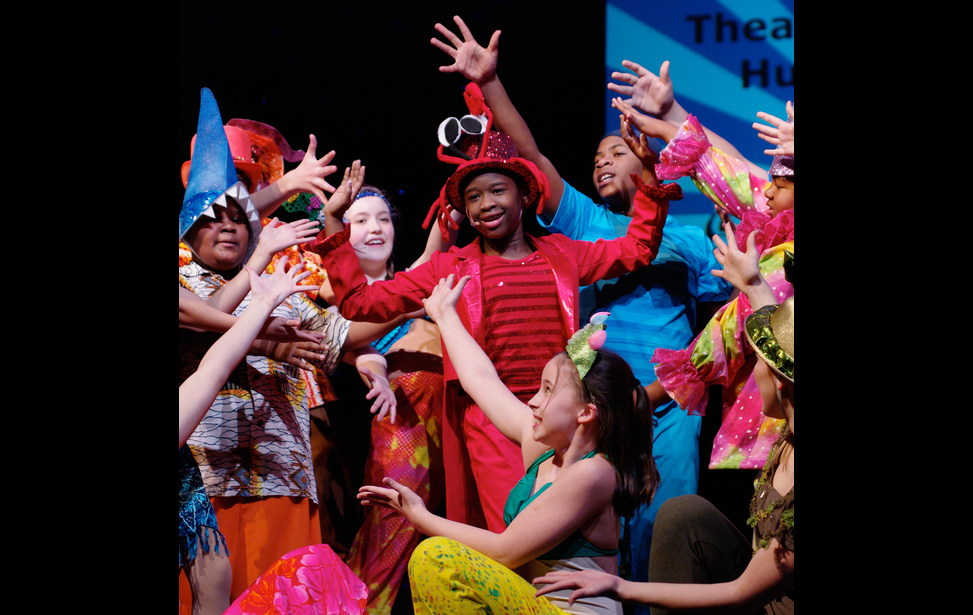 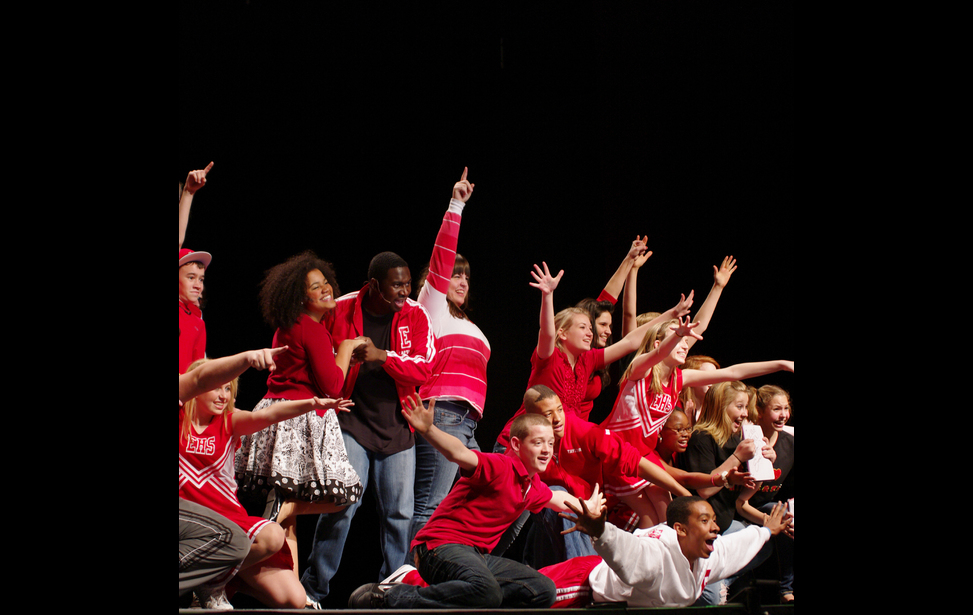 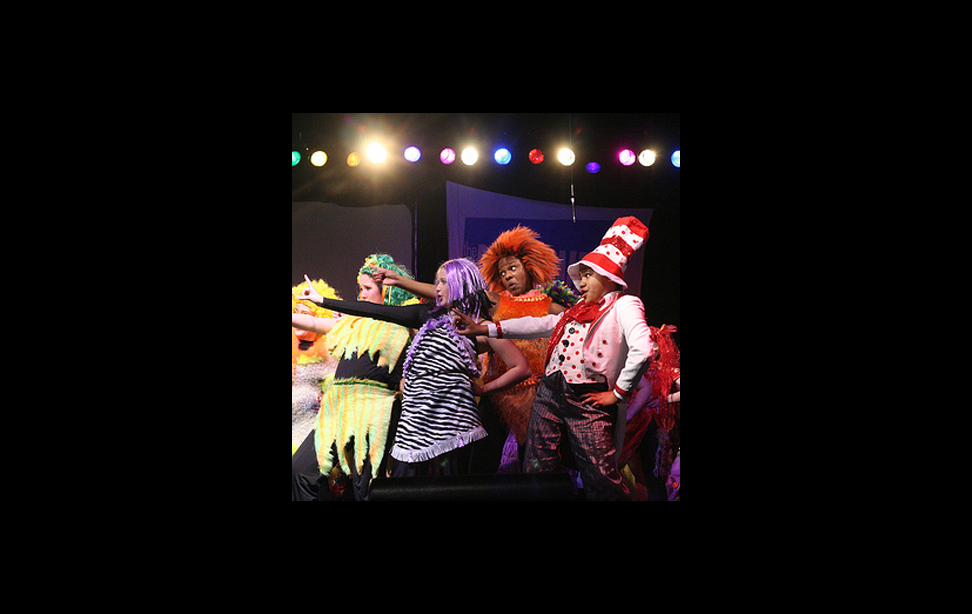 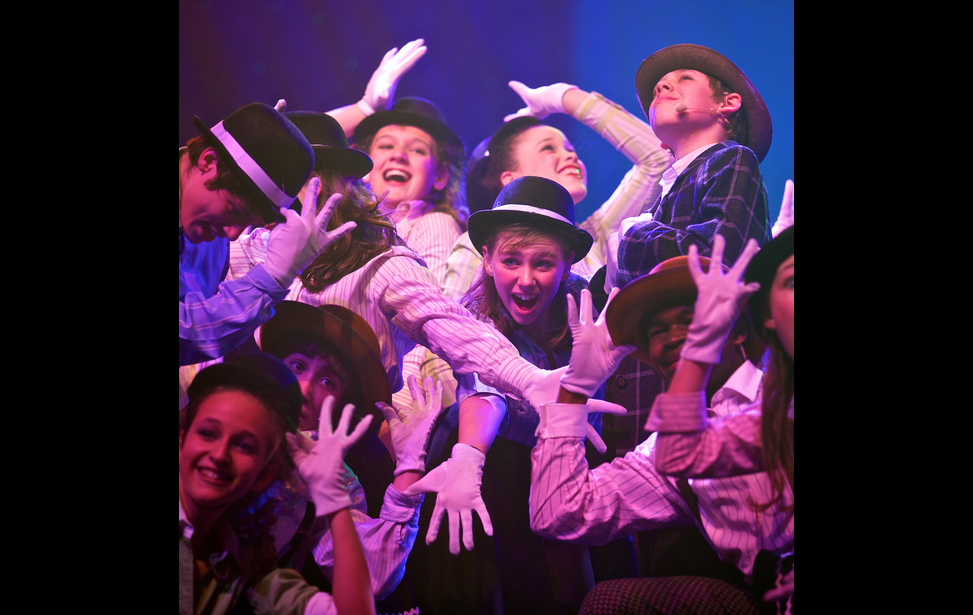 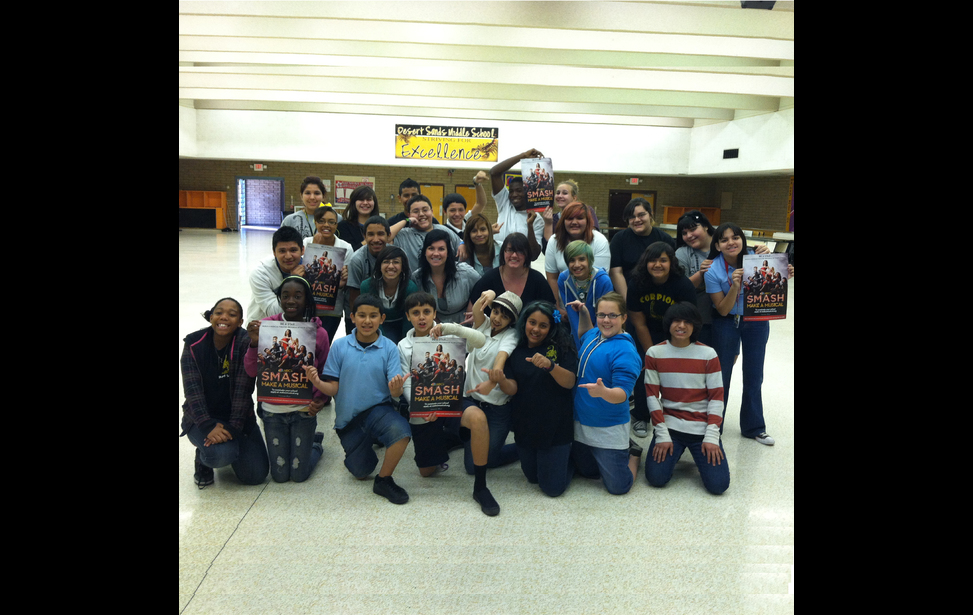 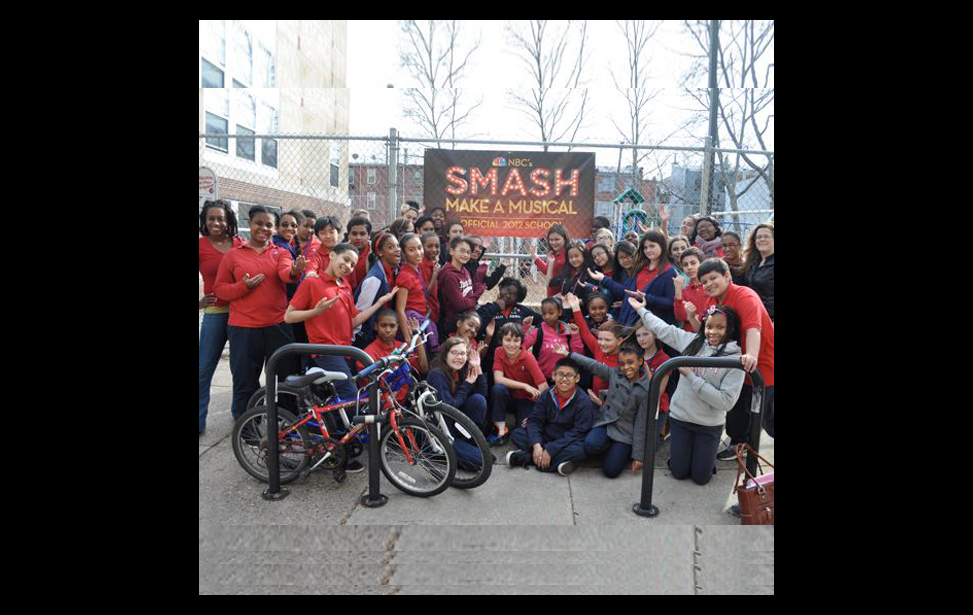 One of the unanticipated, but happy consequences of thalo’s sponsorship of the thalo Critics’ Choice Inspiration Award, presented in June to the NBC television show Smash during the Critics Choice Award ceremony in Los Angeles, was to help put big smiles onto the faces of students and faculty at an innovative learning center called the Doris Henderson Newcomers School in Greensboro, North Carolina (as seen in photo 1). As part of the award presentation, given to honor Smash’s efforts to promote the arts in broadcast television, thalo made a $5,000 donation to the “NBC's 'Smash' Make a Musical” program run by NBC in partnership with the iTheatrics' Juniior Theater Project.

As it serendipitously turned out, that donation recently made an unexpected journey to the Newcomers School at the behest of Timothy Allen McDonald, Founding Chairman of iTheatrics (as seen in photo 2). Through this program, iTheatrics’ trains school administrators and teachers to launch and sustain musical theater programs in difficult economic times. As luck would have it, McDonald was desperately trying to help the Newcomers School join the list of institutions that iTheatrics would be providing resources and training to this year when the thalo donation came about.

McDonald had founded iTheatrics six years ago to make sure that young people everywhere experience the transformative power of musical theater.  Many of its iniatives train schools to build and sustain their own programs and create resources so that anyone anywhere can "put on a show" (as seen in photos 3 - 13). iTheatrics then teamed with NBC to launch the "NBC's 'Smash' Make a Musical Program" after the network got wind of iTheatrics’ work and decided a philanthropic effort to support the arts and honor its hit show, Smash, at the same time would be a good idea. Thus, a partnership was born.

Today, the project permits schools to apply for resources to help them institute a theatrical arts program. iTheatrics evaluates applications and stages a promotion to have the public vote on the 10 most worthy schools out of 50 competitors each year to receive assistance. Initially, it appeared the Newcomers School would miss the opportunity, however.

“We received over 1,000 applications this year,” McDonald explains. “Eventually, it came down to 11 schools that got over 300,000 votes combined, which is remarkable and is a great way to see how much each community supports their programs. Our deadline was coming and schools 10 and 11, which were both overwhelmingly deserving, kept switching places. But on the final click, the Newcomer School ended up being 11th and was not going to be eligible to receive the full program, though we all felt they were worthy.”

The Newcomer School is just what the name implies—a school for refugees from other countries that teaches them how to transition into American culture and our educational system. Since almost all its students, as newcomers to this country, typically face language barriers, McDonald emphasizes that music and dance are excellent ways for such youngsters to express themselves.

“These are kids who are refugees from civil wars and places where they had absolutely zero access to the arts and never learned English,” he says. “We have a history of working with refugee schools, beginning about six years ago with a refugee school in Atlanta. It was shocking and overwhelming to see what happened to those kids and their parents when we added musical theater and let them sing and dance. They fight all day to express themselves in a language they don’t know. But dance is a way for them to express themselves without worrying about language, and it gives them a reason to be celebrated in their own community. These kids, for the first time, feel important, like they are part of something bigger than themselves, and that is transformative in a positive way.”

Thus, McDonald was not surprised when he “found myself rooting for” the Newcomer School to get into the top ten. That is where the serendipity of thalo’s donation to the program came in—the donation was made around the time the voting wrapped up. When NBC contacted McDonald to tell him about the money, he immediately knew where he wanted the funds to be applied.

“We found out through NBC that there was a donation, and I asked our friends there if we could earmark it for the Newcomer School,” he explains. “They told us if thalo likes the idea, we could do that. And thalo, which has a similar mission as ours, was all for it. That is how it happened, and it was truly wonderful.”

The thalo donation, according to McDonald, will fund a training program at the Newcomer School for a full year and help the school build a solid foundation for a permanent program.

“Teachers are provided with about 30 hours of professional development training, which means we do skill building with them,” he says. “We teach them how to develop a musical theater program and we get them together with a local person—a public school teacher in Greensboro in this case—who has experience teaching musical theater and can be a safety net for them. There is also a stipend set aside for the teachers and resources for physical production like sets, costumes, and so on. As part of the grant, the licensing fees for the musical they choose to produce are paid.”

thalo hopes to make the Inspiration Award an annual happening in partnership with the Critics Choice Awards, and thalo President Steven Roth says he also wants to make a yearly donation to a worthy arts-related cause like iTheatrics a regular part of the award program. McDonald and Roth both say they hope to meet this fall to examine other ways that the two entities—both dedicated to bringing the arts to young people in various ways—can possibly work together in the future.

“With all the budget cuts today, what people don’t understand is investing in the arts is cheap,” adds McDonald. “It’s cost effective. In this country, we are innovators, and innovation comes from thinking. And it has been proven that synapses in the brain go off when children perform music and dance. We do children a big disservice if we do not double down and invest in arts. It’s nickels and dimes compared to how it helps them learn creative ways of thinking and expressing themselves. Music trains the brain. So I’m very grateful to NBC and thalo for helping us in this work.”

To learn more about thalo, go to www.thalo.com.

To learn more about iTheatrics, check out www.itheatrics.com

And to find out about the Smash Make a Musical project, go to http://www.juniortheaterproject.org/smash-make-a-musical/

Photo 7: World Premier of the Musical Adventures of Flat Stanley

Photo 8: World Premier of the Disney’s The Little Mermaid Junior