An Asylum For Artists With Mental Illness 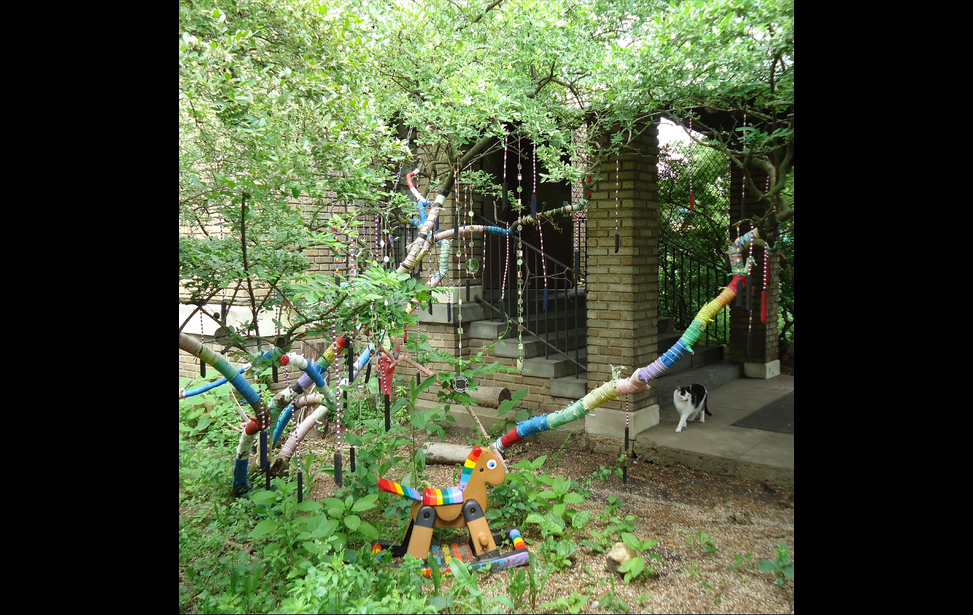 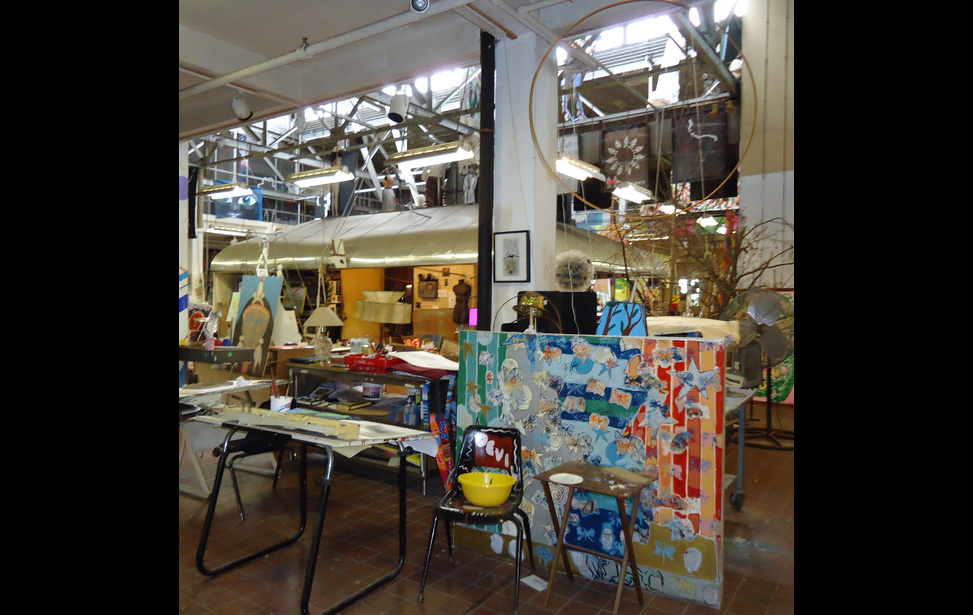 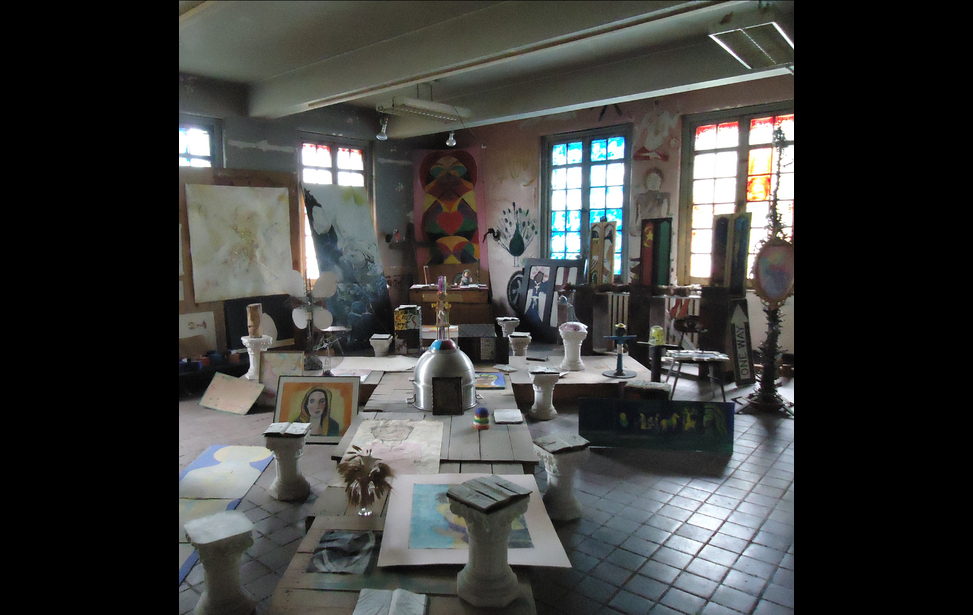 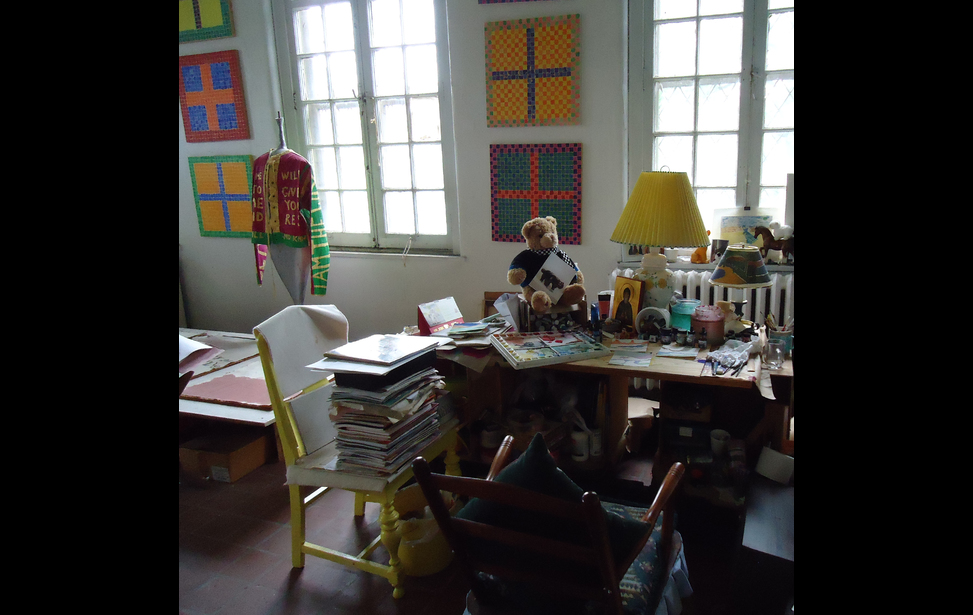 QUEENS, NY-- The Living Museum at Creedmoor Psychiatric Center in Queens Village is a far cry from Manhattan’s Museum Mile. Getting there, as I found out (two trains and one bus later), is not exactly convenient. Historically, psychiatric institutions have been built on the outskirts of society, setting those with mental illness apart from the rest of the “normal” population. While the word asylum has developed quite a stigma, due in part to horror films on this subject, living in retreat from urban centers does have certain benefits. The Living Museum at Creedmoor is proof that such conditions can be extraordinarily conducive to artistic production.

In an interview published by The New York Times, psychologist Dr. Janos Marton, Director of The Living Museum, talks about this shift in attitude: “Suddenly, the disadvantage of your existence, which is time and boredom and waiting -- that's the reality of mental illness, endless waiting, endless emptiness, endless void -- suddenly turns into an asset: ‘Oh my God, I have time to paint!’”

Hungarian born, Dr. Marton studied psychology at The University of Vienna before moving to New York, where he completed his PhD in psychology, along with a MA in fine art, from Columbia University. He then took a job as a psychologist at Creedmoor Psychiatric Center, where, in 1983, he and Polish artist Bolek Greczynski transformed an abandoned dining facility into a two-story, 40,000 square foot art studio. Since then, the building, now known as The Living Museum, has served as an oasis for hundreds of artistically inclined patients.

Many of the buildings on Creedmoor’s campus are rundown, having gone unused and largely neglected for decades. The Living Museum adds more than a bit of color to this otherwise desolate landscape. Outside, trees branches are wrapped in segments of colored yarn, some strung with little, circular mirrors that glitter as they sway in the breeze (as seen in Photo 1). Inside, all 40,000 square feet are dripping in art (as seen in Photos 2 - 4). Artists have painted on the ceilings, the sides of desks, even the radiators. Stacks of paintings are piled haphazardly under a sink in a storage closet. It took me a few minutes to make out an industrial-sized dishwasher on the second floor, a relic from the days when the building functioned as Creedmoor’s kitchen, as it had almost been swallowed by the art surrounding it. The sum effect of the space—its energy and its rawness, the quantity and diversity of works it contains—is almost dizzying.

Unlike a conventional museum, where one might expect to find clean, white walls, meticulously hung paintings, works labeled with titles and artists names, The Living Museum makes no distinction between the space where art is produced and the space where it is appreciated. This allows for a uniquely candid and intimate encounter. Stepping into an artist’s studio is like stepping into an external manifestation of his or her mind, which, in this setting, is rarely dull. True to its name, The Living Museum is nothing if not alive. It is its own sort of ecosystem. I had the impression that the art was creeping up the walls like wildflowers, multiplying organically like an intricate coral reef.

Dr. Marton’s goal in overseeing The Living Museum is not to cure mental illness. He does not use art-making as therapy, where finished pieces are interpreted in light of the patient’s disorder. The individuals making art at The Living Museum are not treated as problems to be solved. On the contrary, they are artists, first and foremost, and it is the art itself that takes precedence.

All photos courtesy of Ellen Brown