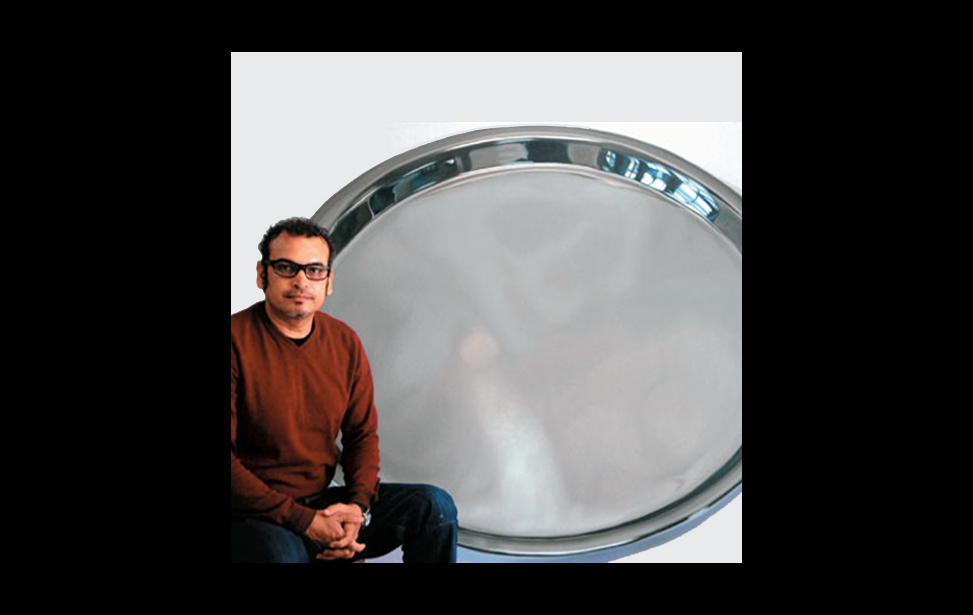 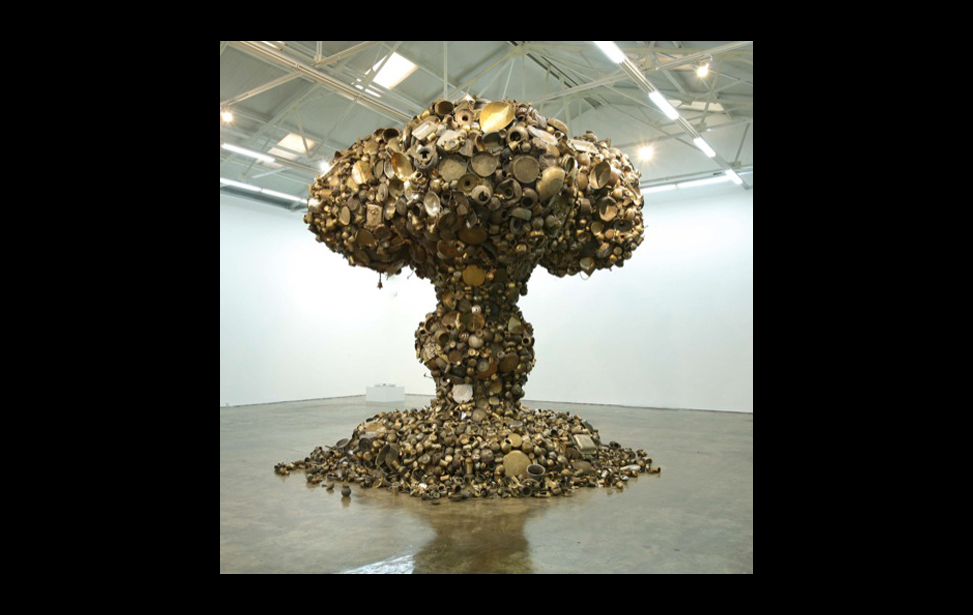 NEW DELHI, INDIA -- Subodh Gupta (as seen in Photo 1) has shown the world that a stainless steel can be used as charismatic and magnanimous medium. Gupta primarily uses stainless steel common day utensils for his installations and occasionally veers towards other items used in our daily lives.

Born in Khagaul, Bihar in 1964, he studied at College of Art, Patna, Bihar from 1983-1988 before moving to New Delhi where he now lives and works.  Originally trained as a painter, Gupta tried variety of media but stainless steel has given him his unique recognition.  He has now carved a place in the global art arena.

Since 1995, Gupta has been using stainless steel tiffin boxes, thalis, pans, bowls, and even milk pails. Gupta describes his media as gradual transformation of Indian people socially and economically over the years.  He wants to put his works in a subtle reference to an Indian or Hindu kitchen, which is regarded as prayer room. he loves to be called an idol-thief, who showcases the Indian ethos of thousand years in a new avatar.

In 2008 at Tate Triennial, he showcased his “Line of Control”, a gigantic mushroom-cloud entirely made from steel pots and pans (seen in Photo 2). Even his paintings have some connections with utensils or items used in our daily lives. His painting series “Still Steal Steel” depicts photorealism of falling utensils moving in space.

In 2010, Gupta was the creator of the ballet CREATION, choreographed by French Angelin Preljocaj and produced by Bolshoi Theatre.  “Across Seven Seas” (2006) shows baggage trolleys in modern airports as symbols of migrating laborers, mostly from his native state Bihar.

Gupta owes his phenomenal rise in the art world partly to Geneva gallery Pierre Huber, which initially embraced him , foreseeing his peerless achievements.

Recently he finished his first public installation, at his native state capital Patna, where he started his journey years ago. Commissioned by the Bihar government, his artwork is a gigantic twenty six foot high cactus of the same name made from steel bowls, pans, tiffin boxes and other utensils. He dedicates his work to the common people of Bihar, who endured years of poor governance in hardship just like a desert cactus. The artwork, weighing two tons,  took shape in his New Delhi studio and it six months to complete.

In the spirit of Duchamp, Gupta is a trendsetter in the world of modern art.